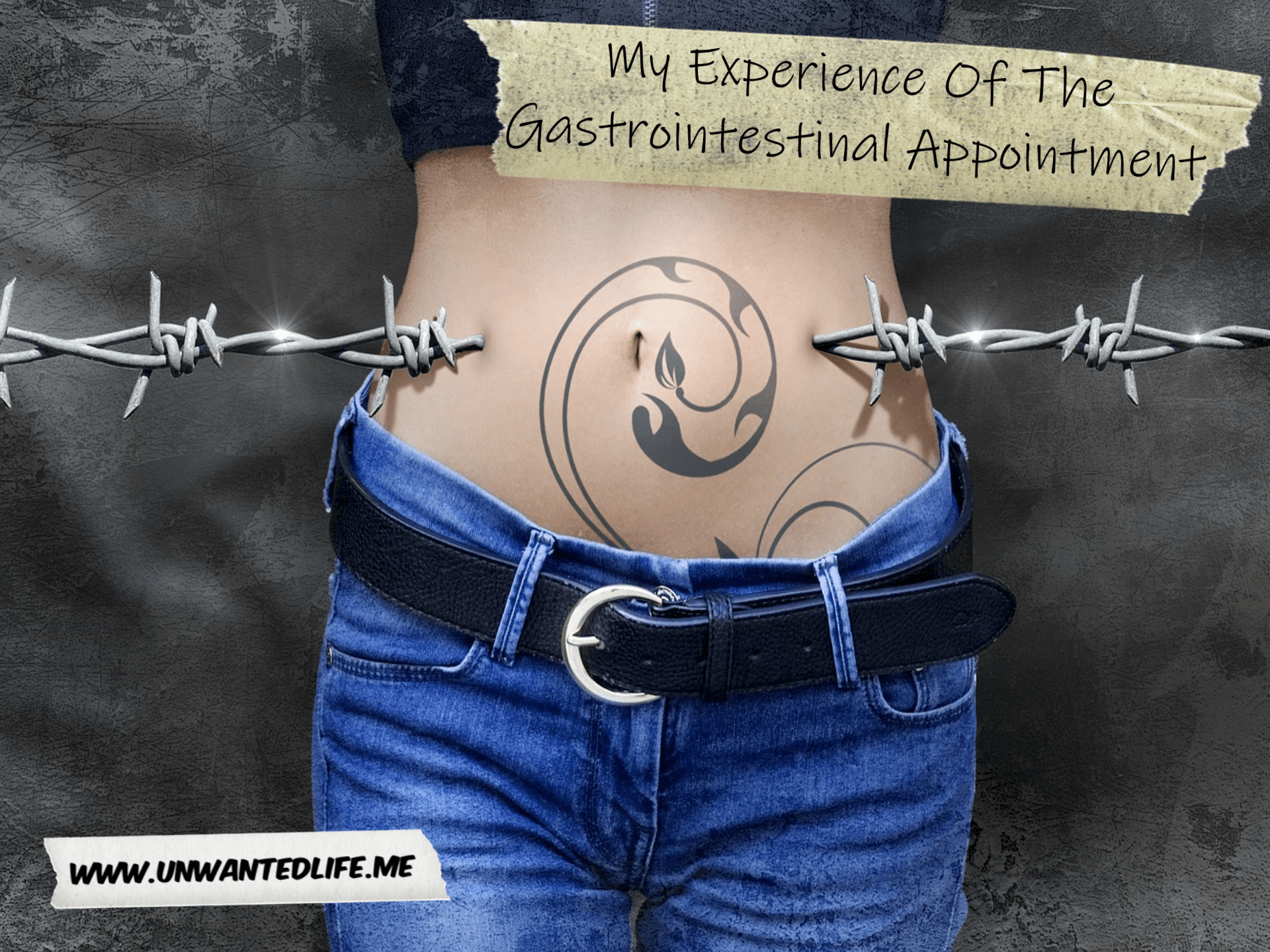 I thought I’d share with you another step in my physical health issues journey, so if you’re going through something similar, you’ll know what to expect. During my gastrointestinal appointment, I was given some news about what they’re going to test me for. Which didn’t really leave me feeling at ease.

After spilling my guts about my problems with a student doctor, we went to the consultant. The gastrointestinal consultant said that I had a really bad case of irritable bowel syndrome (IBS). However, they also said they were still going to need to run two tests on me, gastroscopy and colonoscopy. Great.

What makes this worse is that they want to do them both at the same time. I’m hoping not literally at the same time, otherwise, the devices they’re shoving down my throat and up my bum might meet in the middle. How weird would that be? Ha ha ha.

One of the things they want to test me for is a wheat allergy, but that doesn’t really add up with my eating habits.

They also want to see if I have Crohn’s disease. Which has me worried that I might end up with a stoma because that would make my anxiety disorder far more troublesome. I don’t think I could handle that. People that have them and are brave enough to talk about it and show people have a kind of strength I just don’t think I have.

I was also being tested for hypoglycemia and Addison’s disease (see my previous article My Experience Of The Short Synacthen Test). That consultant said it appears I have reactive hypoglycemia, another thing to add to my list of health problems.

Could My Gastrointestinal Problems Be Cancer?

The gastrointestinal consultant also told me that the reason why they want to do these two tests is that they want to rule out some other possible problems. Apparently, there’s a 1 in 200 chance that I could have bowel cancer, so they’ll be looking for signs of that. I’ve often been worried about having cancer (My GP Surgery Test Results: Digestive Troubles And Bowel Cancer), and I often have blood on my toilet paper, but I think that’s due to excessive wiping.

I tend to wipe a lot because I’ll go days without needing to go, and then got like six times in a day. My anxiety about this means I over wipe to try and make myself as clean as possible each time. As I said in my article, The Weird Behaviour Of My Anxiety Disorders, my anxiety disorders have formed around the idea that I may lose bladder and bowel control (even though it’s never happened), with one of my triggers being bad smells. Thus, I over wipe to help manage this fear. 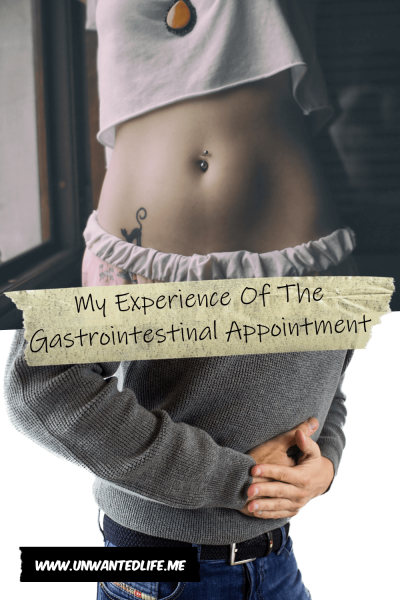 The fact that I have to take laxatives in order to do the colonoscopy, along with a diet restriction and fasting, really isn’t good for my anxiety disorders. Being flushed out like that is going to vamp up my anxiety to annoying high levels. Which will be made worse by all the symptoms of my physical health problems: dizziness; balance problems; lightheadedness; mini blackouts; muscle weakness; warped eyesight; tiredness; and my digestive problems.

Because of the procedures I’m going to have to go through as part of my gastrointestinal investigation, and the drugs they will give me, I’m also concerned that I might have a repeat of what happened when I had my tonsillectomy (Doctor Mocks Patient: A Failure In Their Duty Of Care). When I had my tonsillectomy I had a terrible experience with my anxiety when the drugs started wearing off. It triggers a psychotic episode, something I don’t want to have to go through again.

Plus, my fear of being in a very vulnerable and embarrassing state will also make my anxiety much harder to manage. 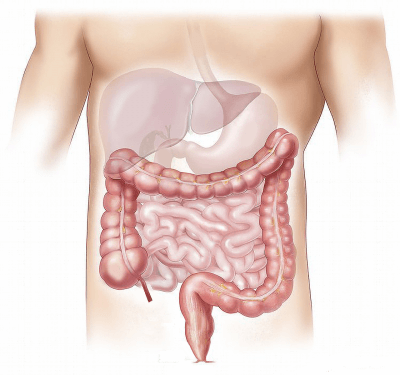 Because of all this, and what will and might happen, I’m already panicking about the tests.

I wish I never went to the GP now (My GP Surgery Test Results: Digestive Troubles And Bowel Cancer), but the sample I gave then, the gastrointestinal consultant said, did show signs of inflammation. So something is wrong with my digestive system.

The Stupid Things I Did To My Self

After the appointment, I realised I forget to tell them a few things that could help explain my gastrointestinal problems. Back in around 2003, I took an overdose of aspirin and other painkillers, washing it all down with a bottle of vodka. I did this because I was trying to kill myself, so I didn’t expect to wake up.

When I did wake up, I was sick a lot. I spent around 16 hours being sick until there was nothing left and then dry heaving, every 30 seconds or so, for 16 hours. I was mainly dry heaving after the first half-hour.

My kidneys were in agony for three days after that. During those three days, I went out drinking with my friends, trying to pretend like nothing was wrong. I was in excruciating pain the whole time, a pain I’d never felt before or since. But I powered through it. On the third day, I was taken to the hospital by the police to get treatment.

That wasn’t the only reckless thing I’ve done that could have messed up my digestive system either. A few years before that, I drink a shot of paint thinner, which spaced me out really badly. That was then replaced with agonising stomach pains, which was so bad that I took a fist full of valium so I could pass out and not have to deal with it. I awoke to feel much better but had to use the toilet quite badly.

I also forgot to inform them just how heavy I drank when I was in my suicidally reckless phase. This could have also been relevant because I would pre-drink a litre of vodka before going out drinking and clubbing. I did that a lot. Over a weekend, a couple of mates and I went through 18 bottles of vodka.

Any of these things could be a factor in my gastrointestinal problems.

Learn from my recklessness and mistakes and don’t end up like me. I’ve wreaked havoc on my body. I’ve totally fucked it up.

As always, leave your feedback in the comments section below. Also, feel free to talk about your experiences with IBS or seeing someone about your gastrointestinal problems in the comments section below as well. If you want to stay up-to-date with my blog, then sign up for my newsletter below. Alternatively, get push notifications for new articles by clicking the red bell icon in the bottom right corner.

4 thoughts on “My Experience Of The Gastrointestinal Appointment”