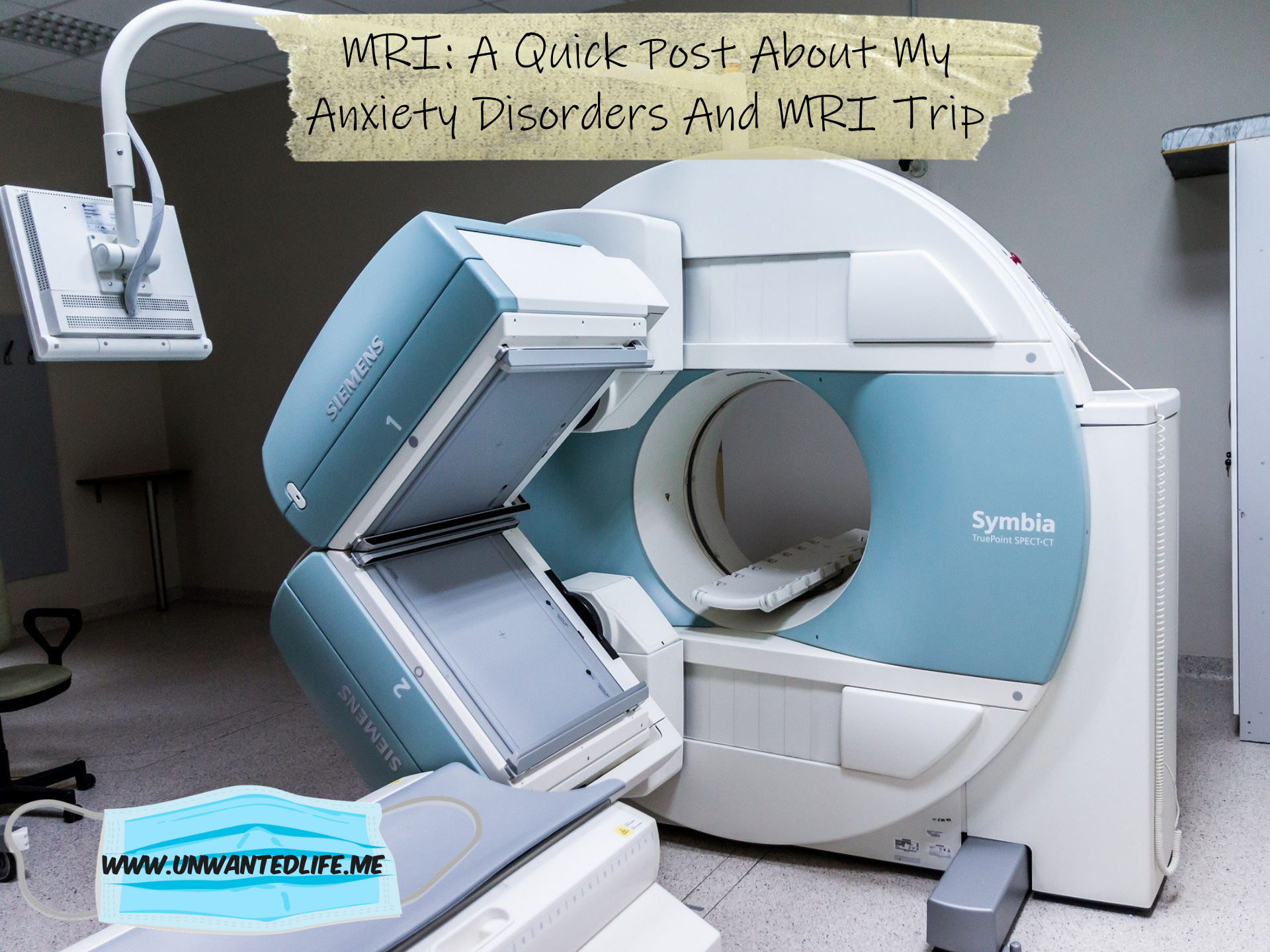 Thought I’d write this quick post about my MRI trip as I need the distraction while I’m making said MRI trip. I’m just about to eat before I go for my second MRI in just over a year, so I thought I’d document my MRI trip. Even though I’ve been to the area before, and the map to where I need to go shows it’s incredibly easy to get to, I’m already starting to panic because I’ll be going alone.

According to the NHS, an MRI (magnetic resonance imaging) is a type of scan that uses radio waves and magnetic fields to create detailed images of the inside of a body. An MRI machine uses powerful magnets that surround a doughnut-shaped machine, which the patient goes into the middle of. You’ll often see MRIs being used in films as a way to pin a bad guy or take the weapons out of their hands. For example, you’ll see one used in Terminator Genisys.

For those who don’t know much about me yet, I’ve been diagnosed with two anxiety disorders: agoraphobia and social anxiety. So, as you can imagine, my life’s a lot of fun. I’ve come a long way with my anxiety disorders, which is a huge relief, because it was absolutely crippling previously, causing psychotic breaks with a full range of hallucinations if it got out of control.

The anxiety I feel now is annoying, but my quality of life has vastly improved from the early 2000s. I just wanted to write this mental health blog to show that it can get better, and I will write a more detailed post about my anxiety disorders so you can truly appreciate how far I’ve come, and show you that you too can make huge progress with your anxiety disorders.

Previously, I couldn’t leave my home and safe area (my local area) without drinking a beer or two to control my anxiety disorders so that I didn’t have to endure a psychotic episode. It’s a really unpleasant experience to feel like your skin was wet when it wasn’t as the tactile hallucinations would start first.

However, as I went on this MRI trip, I didn’t need to drink alcohol to get there. I was also going to my appointment on my own, which was a first. Normally my partner would come with me, as I’d always ask, as them being there helped with my anxiety disorders and stopped them from escalating to a complete psychotic episode.

For the MRI, I had to remove all my piercings, anything metal I had on me, and strip down into a medical gown. They also asked me a bunch of questions about operations and injuries to see how if I might have any metal in my body.

They asked me what kind of music I like and what song I would like to listen to because they were going to play it to me while in the MRI to help keep me calm. It’s common for people to struggle with being in an MRI, due to claustrophobia. I was also given earplugs to help deal with the very loud noises the MRI machine creates. 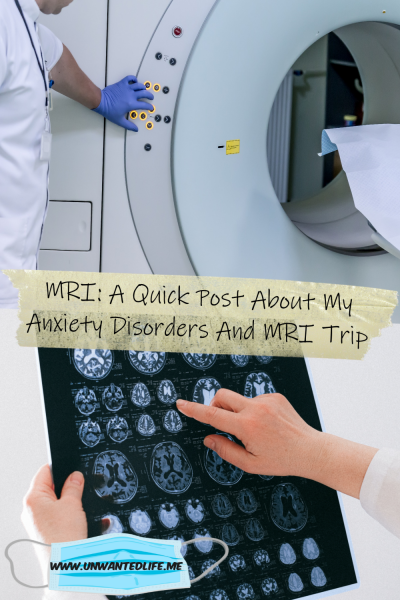 I had no issues with the procedure and no issues with claustrophobia, my only concern was the difficulty of keeping myself still enough for the images to be created. I fidget a lot and really hate laying on my back due to the back pain problems I have. But I managed it.

If you don’t know what claustrophobia is, it’s the feeling of anxiety that you can get from being in enclosed spaces. Dave Lister of the show Red Dwarf suffers from it. In one episode (series 7, episode 4: Duct Soup), Dave Lister is forced to crawl through the ship’s maintenance ducts for several hours, before admitting that he has claustrophobia as he struggles to deal with the situation. It’s a great episode and a great show. Check it out if you’ve not seen this cult classic.

Essentially, this had worked like a graded exposure exercise. I’d been to this hospital multiple times with my partner, so it wasn’t a new place I was visiting. Thus, going alone was a lot easier, even though I was a little anxious due to going to a new area of the hospital.

Anyway, that’s it for this article. I told you it was going to be quick. I just wrote this one as a way to distract myself whilst going to my MRI.

As always, leave your feedback in the comments section below. Also, feel free to share your experiences coping with anxiety and/or having an MRI in the comments section below as well. If you want to stay up-to-date with my blog, then sign up for my newsletter below. Alternatively, get push notifications for new articles by clicking the red bell icon in the bottom right corner.

10 thoughts on “MRI: A Quick Post About My Anxiety Disorders And MRI Trip”