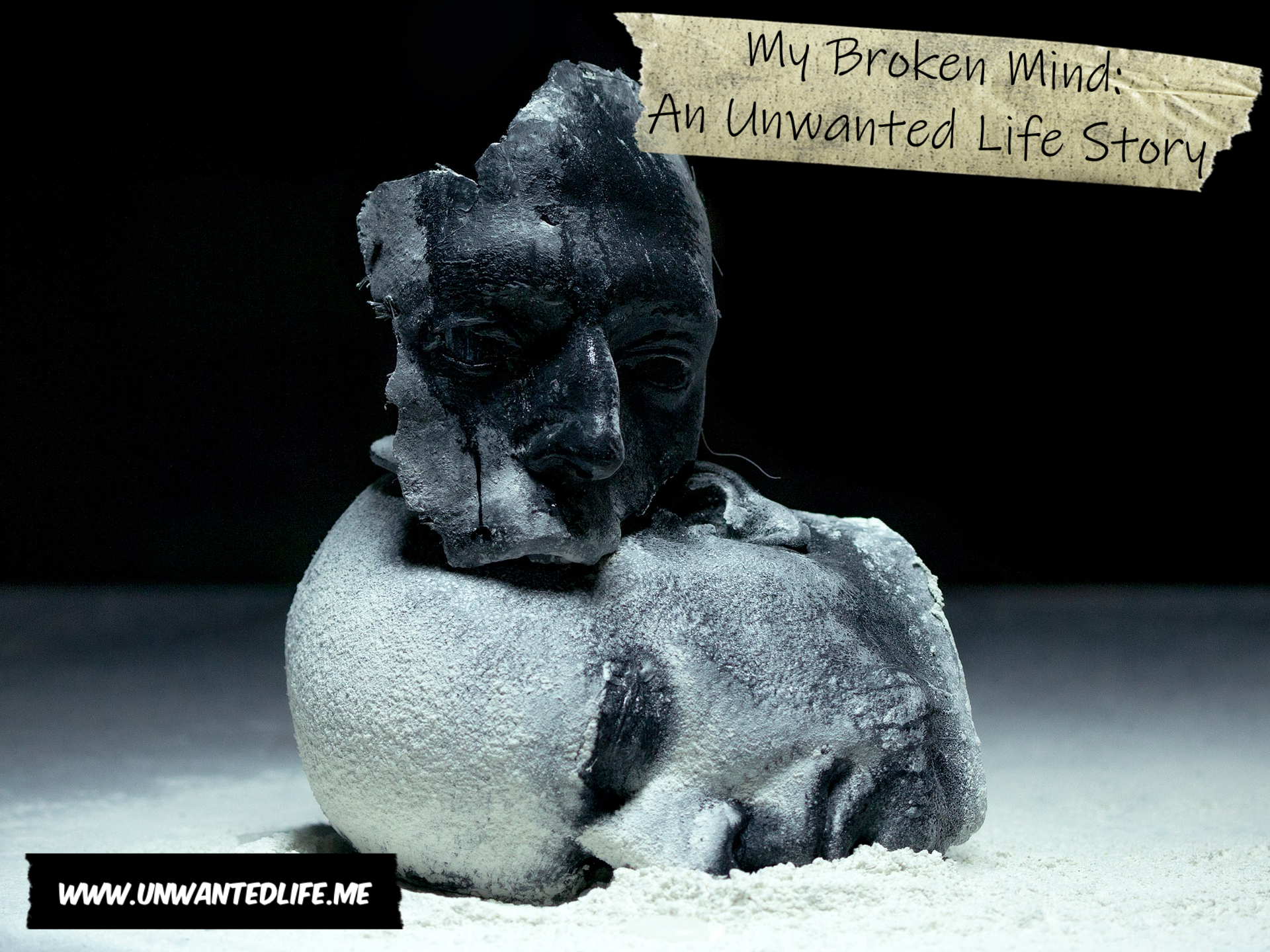 This is the third instalment in the Unwanted Life story series, with this story coming from James M. Lane. James is a dad of two, husband, project manager, and the writer of Perfect Manifesto, a blog writing about living a healthier, fulfilling life. Today, James will be sharing his workplace experience of being hassled by a manager and how that led to a broken mind.

Without further ado, here’s James’s story in his own words.

Throughout my life, I’ve had lots of injuries, but I’ve never felt anything like this before.

It was a Thursday morning, a day I would normally be at work, but instead, I was lying in bed feeling like my brain had been split in half.

My relationship with Rachel had never been easy, a bit of a people pleaser I worked hard to try and make my manager happy, but there was always something wrong with it, and this was killing me.

I’d spent the last nine months of my new job constantly going in circles trying to address the mistakes of all the things I was allegedly doing wrong.  But the pressure of trying to make Rachel happy got to me, the constant criticism began to impact my performance and I got sloppy.

This reached a point of explosion, being challenged in the corner of a room, taking abuse about my performance. The whole spectacle lasted about 15 minutes, but it felt like 15 hours.

Because I’ve never been good with confrontation, my throat went dry and when asked to comment, I was mute, the words unable to escape my mouth. Rachel translated my silence as apathy, which made her angrier.

Unwanted? The whole experience made me want to die, or at least run away, anywhere would do, as long as I didn’t have to work for her anymore. 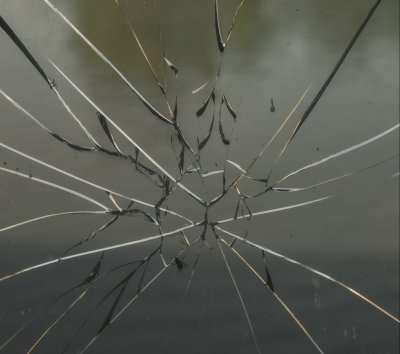 That night, I took my broken mind, wrote out my resignation which explained why I would be leaving instantly without notice. The following day I walked into the office being careful not to draw attention to myself and calmly began placing my personal possessions from my desk, into a backpack.

Normally, I’d never make such an irrational decision, I had no idea what my future would hold for me, but for once I didn’t feel scared, figuring anything was better than this.

Hovering over my empty desk, I rubbed the envelope containing my resignation letter with my thumb and forefinger, looking towards her office for my chance. I could see Rachel’s silhouette through the frosted glass as she talked to someone on the phone. 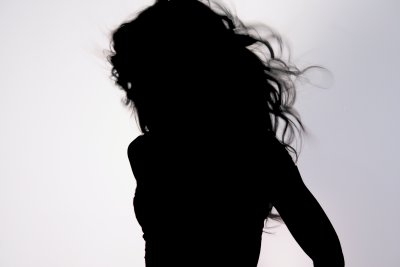 “Right” I said to myself to gee up confidence.

“When she’s finished on that call, get in there and hand it over”

I visualised several situations how best to play it out, my favourite being the one where I March in, throw the letter in her face and walk out in silence, but I deep down I knew I’d never do that.

My thoughts are interrupted by a colleague, obviously, I wasn’t looking inconspicuous enough, what with the packed bag, empty desk and me just stood about looking weird staring across the office.

They know I’m not right – the usual happy friendly personality in the office, with time for everyone, just walking into the office and not even saying morning.

Another colleague, who had also noticed something was wrong came over to check on me. I didn’t even have to say it, they knew what I was thinking.  So they took me out of the office for a bit.

“Don’t let her break you” I remember one of them saying, in a time when my mind wasn’t focused on much.

We returned to the office 10 minutes later. I unpacked my bag, sat down, put the resignation letter away, and switched on my desktop computer for the day.

I can’t quite remember if I did much work, but I do remember thinking “Not like this…”

The next day was Thursday, which is where this story started. I contacted the doctor to arrange a sicknote. I don’t take sick days but getting time to think was essential. I was acting on impulse, classic fight or flight response, and I was choosing to run.

Those two weeks off allowed me to be more rational in my approach. I recognised the relationship with my manager had diminished, that I could never trust or work with this person anymore. 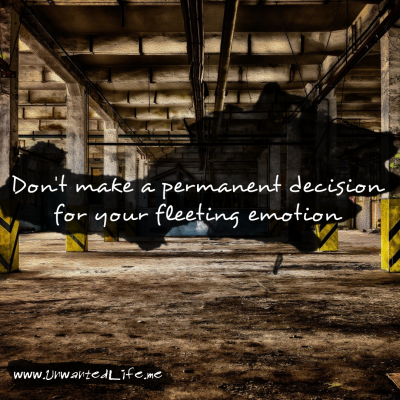 But I didn’t just want to resign, I’d been long-term unemployed in the past with no money, and had only just started building myself back up again. I wasn’t going to go back to nothing, so I returned to the job, focused on other interests, looked for my next job opportunity, and kept well out of Rachel’s way.

I was worried about retribution, but rumours had ignited around the office of the reasons why I went off sick, with fingers firmly pointed at her. This made me untouchable, she knew a line had been crossed, which if reached again would mean her departure – this thankfully let me do my job without criticism.

Eventually, I would leave, on my terms. Reflecting on it, the whole situation hit me hard, it destroyed my mental health, the “broken mind” seemed to get better after a few weeks, but it took me years to regain my confidence, and I still get a bit neurotic about getting things wrong at work.

I’ve always been grateful for the outpouring of support I received from colleagues who took my side, it was them who helped get me through, and for them, I’ll always be thankful.

This was the lowest point of my life, but despite this, there was always a touch of dark humoured optimism in me, as I’ve always said about the situation:

“When you hit rock bottom, there’s only one way left to go…”

I’d like to thank James from the Perfect Manifesto for sharing his broken mind story with my followers and me: it takes a lot of courage to open up about such experiences. But at the same time, sharing such personal stories can make people aware that they too might not be in a situation that’s good for their mental wellbeing, and show them they’re also not alone in this. I know I had a run-in with a manager that was terrible at their job while working on a placement for my postgraduate degree. That manger almost cost me my postgraduate degree.

So if you’d like to show your appreciation to James for sharing his story, and to show him that he is wanted, then why not visit his blog – Perfect Manifesto – or his Twitter account and let him know.

As always, leave your feedback in the comments section below. Also, feel free to share your experiences of feeling unwanted or share how James’s story of feeling unwanted made you feel in the comments section below as well. If you want to stay up-to-date with my blog, then sign up for my newsletter below. Alternatively, get push notifications for new posts by clicking the red bell icon in the bottom left corner.

47 thoughts on “My Broken Mind: An Unwanted Life Story”