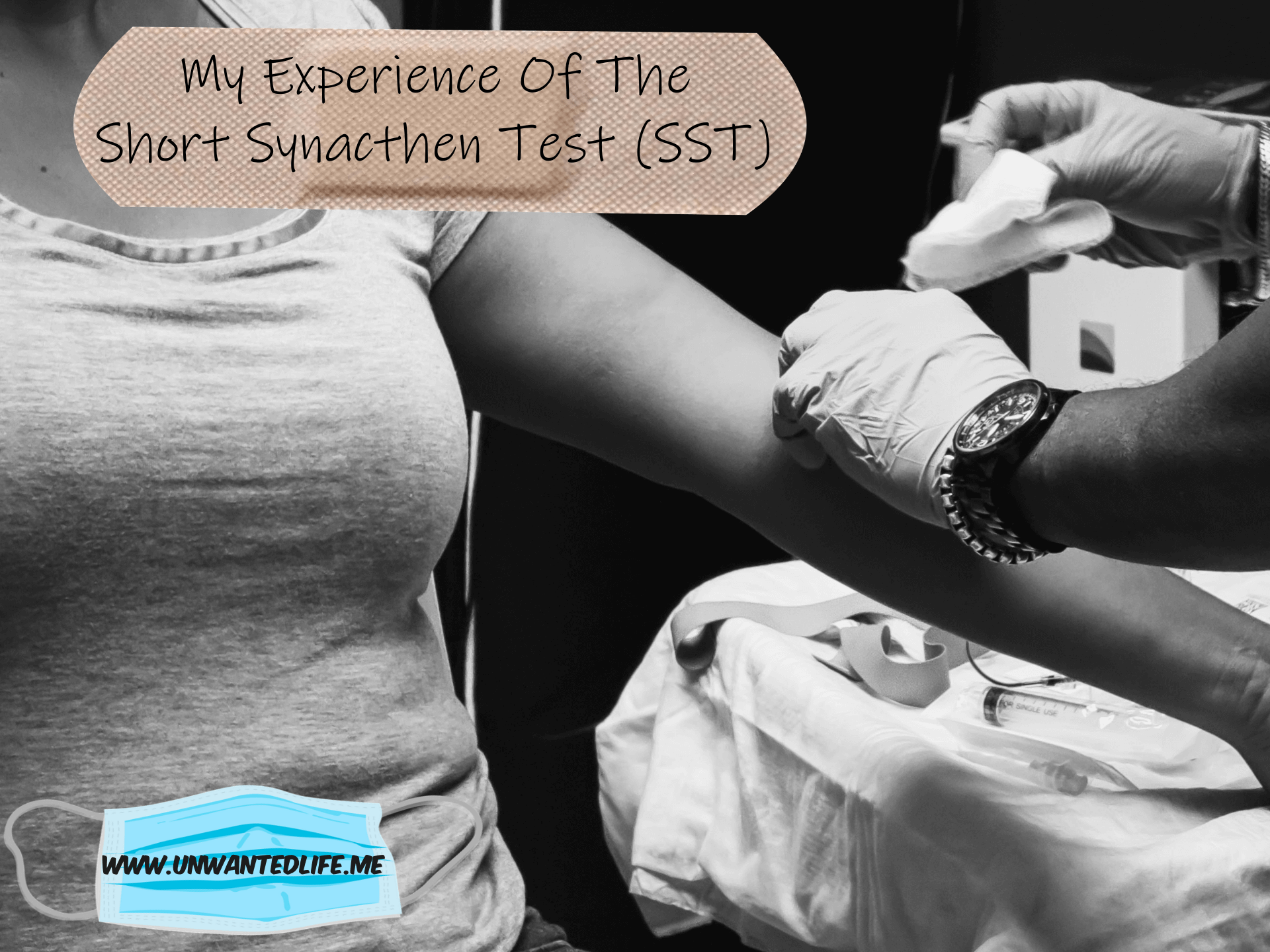 Contents show
What Is A Short Synacthen Test (SST)?
My Experience

This is a blow by blow of my short synacthen test experience, so you’ll know what you’ll go through if you have this test, especially if you’re being investigated for hypoglycaemia. I’ll also explain the different elements of what the test looks for.

I knew it had to be something related to one of my many many referrals, I just didn’t know which.

What Is A Short Synacthen Test (SST)?

If it wasn’t for writing this post, I might not have any idea what the test was for. Literally, as I’m writing this article, I’m finding information that might actually explain what this test is for: it’s meant to be a test for adrenal insufficiency.

I have no idea why no one seems to want to tell me what this short synacthen test is for. It’s so annoying that I’ve not had any kind of official statements from anyone about it. It’s bad enough that I’ve already wasted a lot of time and effort chasing up my other hospital appointments over the last couple of months, due to rescheduling problems.

This is what I’ve found out about my short synacthen test. Apparently, I’m being tested for Addison’s disease, which would have been nice to know from my doctor. The test is done to check to see if your adrenal glands are producing enough of important hormones. I believe in my case; I was being tested for cortisol.

Cortisol is important to your health because it helps:

The test consisted of me getting there by 9 am, although they ended up running late, in part due to the nurse setting everything up. I’ll get to her in a bit. I had to lie down in a reclining chair to have a cannula put it (bearing in mind I still didn’t know what this test was for or what’s meant to happen at this point). 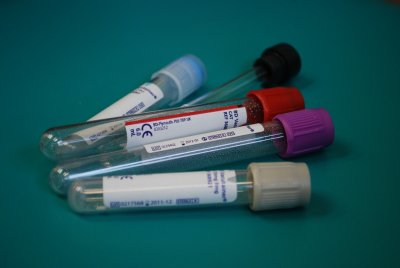 It appears that the fasting was so my blood could be checked for lipids and/or glucose. Glucose would make sense given that my specialist wanted to test me for hypoglycemia (Making Plans).

Now that the technical stuff is out of the way, let me fill you in on my experience, especially the nurse I mentioned.

I’m not a big fan of needles, but I’ve become a lot more use to needles than I was. Mainly because I’ve had to have so many blood tests and injections over the last few years that my borderline needle phobia has become a lot more manageable.

However, for my short synacthen test, there was a nurse who was setting up the equipment and getting me ready for the test to start. But they didn’t seem to know what they were doing. When I asked about what was meant to happen during the test (because at this point I still didn’t know what was meant to be happening), the nurse didn’t seem to know either. Which really wasn’t reassuring.

This then caused a spike in my nervousness for what was going to happen with these needles. Previously, I’ve had a nurse who was unable to find my vein and just repeatedly stabbed away at me for close to 20 minutes. I was not looking forward to a similar experience: that experience wasn’t even the cause of my hatred of needles.

Thankfully, they changed nurse when it came to doing the test, so my nervousness dropped. My hatred of needles has caused me to miss blood tests and the like. But it’s the anticipation that’s the main problem for me. Once the needles in it don’t bother me anymore.

Once the cannula was in, the other samples and injections weren’t really a problem, as there was no need for further injections. Leaving me to basically spend the next hour and a half just laying down looking through Facebook on my phone throughout the short synacthen test.

Although, the hormone they injected me with as part of the test (synthetic ACTH), did make me feel incredibly nauseous. But that passed after about five minutes. 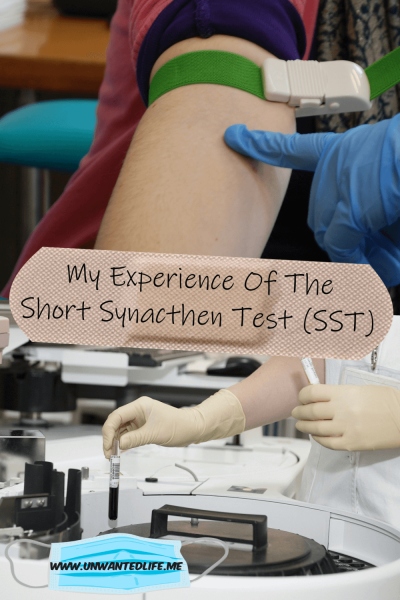 Luckily, after the first set of blood tests, I was allowed to eat and drink. I stuffed my face with a sandwich and some biscuits a nurse gave me. Plus, some snack chocolate cakes, a pack of crisps, and a milkshake I’d brought with me. I also finally got to take my medication for the day: I can’t dry swallow pills, I struggle to swallow them with water.

Furthermore, if you’d read my previous article, you’d be aware of all the problems I’ve been having keeping track of my appointments. This issue almost caused me to go to the wrong hospital. A last-minute check of my nil by mouth instructions the day before the test made me realise I was going to a totally different hospital from what I thought. It was on letter headed paper for the hospital I go to to see my specialist. However, it had a different hospital address, one I hadn’t been to before.

This meant that not only did I have to deal with being nil by mouth whilst I travelled (travelling is bad enough with my balance, light-headedness, and dizziness problems), but I also had to deal with the anxiety of going to somewhere I’d never been before. Fun.

The first bus I got started off ok because it wasn’t that busy when I got on so I could sit down. However, the whole time I’m repeatedly checking the bus stops as we pass them on my app. I also had to repeatedly check the bus numbers for which one I need to catch next whilst I was at the bus stop, all almost as frequently as I breathe.

The second bus I had to catch, I had to stand up due to how crowded it was. My anxiety was already running high because of how rough I felt for being nil by mouth. Travelling also makes me feel unwell at the best of times, and because I’m stressing about going somewhere new and making a mistake getting there, it all added up to be a rough second leg of my travels.

Once I got to the hospital, I realised just how simple a journey it actually was. It just didn’t feel that way when looking at maps and planning my way there the night before.

As always, leave your feedback in the comments section below. Also, feel free to share your experiences in dealing with PALS teams, hospital tests, and needles in the comments section below as well. If you want to stay up-to-date with my blog, then sign up for my newsletter below. Alternatively, get push notifications for new articles by clicking the red bell icon in the bottom right corner.

8 thoughts on “My Experience Of The Short Synacthen Test (SST)”