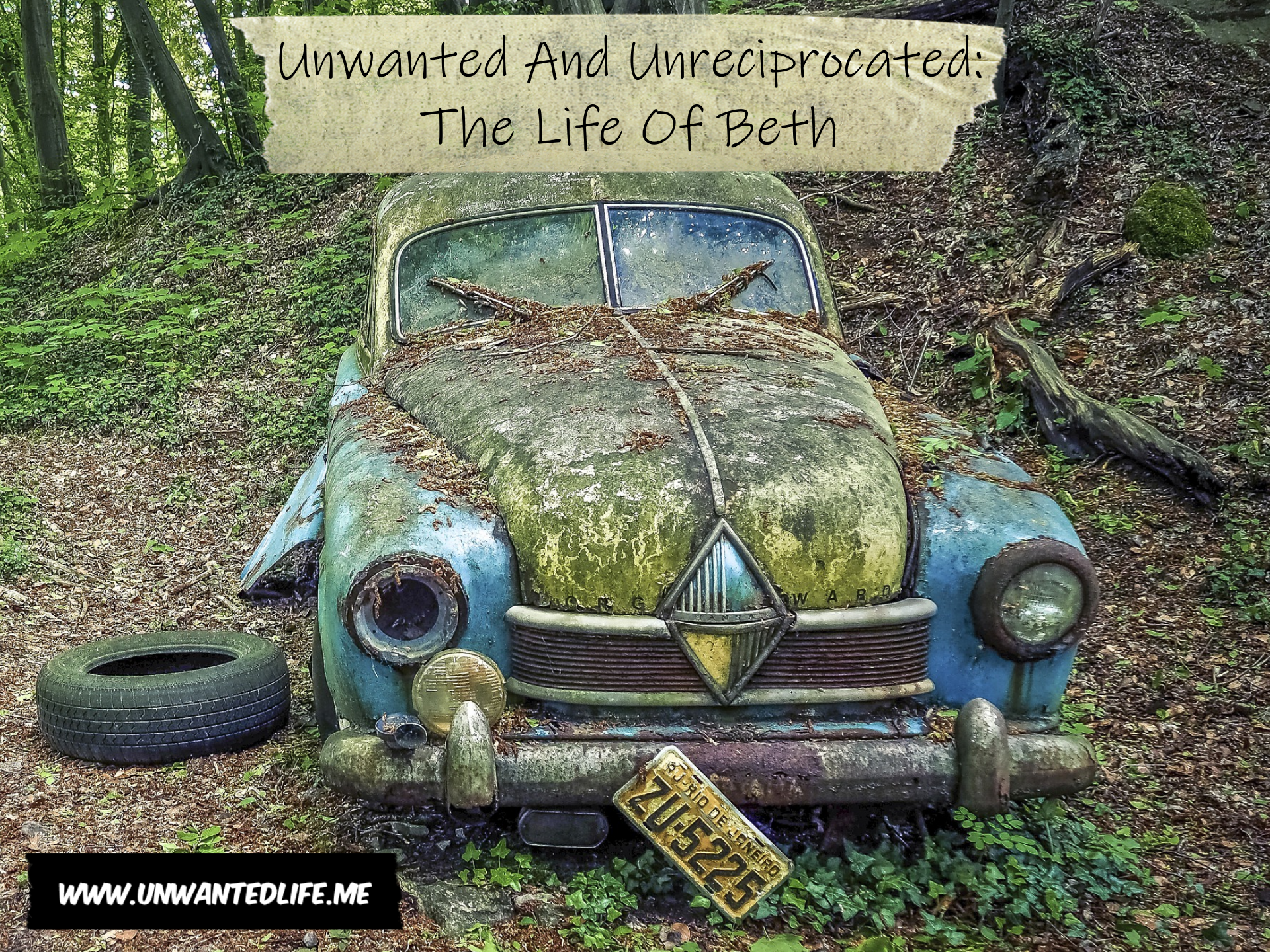 Introducing the first-ever Unwanted Life story from Beth, a blogger from the West Midlands, UK. Beth, like me, struggles with mental health and shares her story and she takes on adulthood over at Life of Beth.

Without further ado, here’s Beth’s story in her own words. 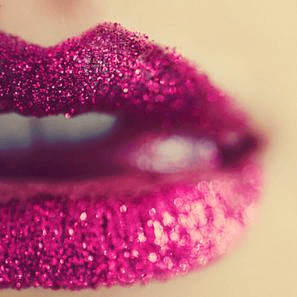 There have been two instances where I have been made to feel unwanted. One is by a past group of friends. I always felt that most of them were only friends with me because I was close friends with some of their close friends. The other instance is with my ex-boyfriend and a guy who I was talking to for two years on and off (let’s call it a situationship).

Any time I tried to tell one of them that I wasn’t feeling so good for whatever reason (I was having a lot of trouble in my family life at that time), they would make me feel to be a burden. So whenever they would ask me how I was and I would give them an actual answer instead of just saying I was fine, they wouldn’t really listen to me and would be focusing on something else until I finished talking; at which point they would just respond with “oh, okay”.

They would also never include me in any of their plans, for example, there was one time when they all went to the cinema and then out for a meal that I wasn’t invited to, and other time when one of them had a get-together with everyone for Halloween and I wasn’t included in this either. Even if I was included in their plans, they would also leave me out of it in some way.

For example, one of my ‘friends’ had a mocktail making class for her sixteenth (which I was invited to), but it turns out the rest of them were then going out for a meal and were spending the night at hers, which I wasn’t included in. It was only because one of them slipped up and asked me if I was going, to which I made out that I already knew about it and couldn’t go because I had other plans (which was totally untrue). 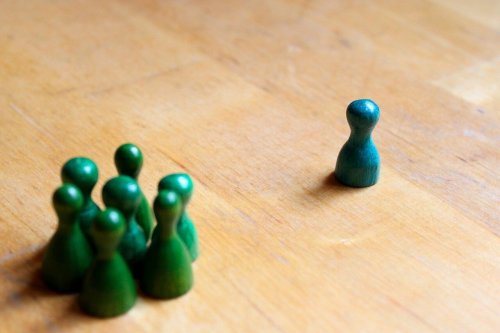 They made me feel like I was a bad friend, even though I would always go out of my way to make sure they were all feeling okay at the least, despite me knowing that they didn’t care how I was feeling. If any one of them ever got left on their own for whatever reason, it was made out to be a massive drama. However, if I was ever left on my own, they just shrugged it off and moved onto the next thing, such as what colour they should paint their nails.

Whenever I was surrounded by them, I always felt incredibly lonely and felt that I could just walk away without saying anything and none of them would even notice. And even if they did notice, they would say it was my own fault for isolating myself (even though I always tried to include myself as much as possible), when it was them who were trying to push me out of the circle.

If any of us were ever in a class together, they would all wait for each other to walk out, but by the time I had walked out they had gone. Even if I was the first one out of class I would always wait for them, but they would just walk out of the classroom and walk straight past me and would, later on, pretend that they hadn’t seen me, even though I knew they had. And the one time I did walk out without waiting for them, they had a go at me, even though I had somewhere to be and couldn’t wait for them.

With my ex-boyfriend, he always made me feel that he never actually wanted to spend any time with me and would much rather be spending that time with other people. If we were ever spending any time on our own together, he would always try and get other people involved. He would try and tell me that he was only doing it because he knew they weren’t doing anything and didn’t want them to be on their own; yet if I was on my own and doing absolutely nothing it was fine for that to happen to me.

He would even make me feel bad for where I lived (at the time I lived about fifteen minutes away from him but it was in the middle of nowhere, with no public transport available for him to be able to get there, so he would have to rely on his parents to take him to my house), and this is something that was totally out of my control and not my fault at all.

He made me feel that one event that happened was totally my fault, even though I had nothing to do with it and found out about it the same time he did. I always joked that I was unwanted and unloved by him, but now I know that deep down it was true. I even once told him I was feeling this way and he told me he promised to not make me feel that way anymore.

It’s safe to say that he never actually did anything to do that, making me feel even worse than I already did. I have no idea why he was ever with me and believe that the love I had for him was not reciprocated at all. 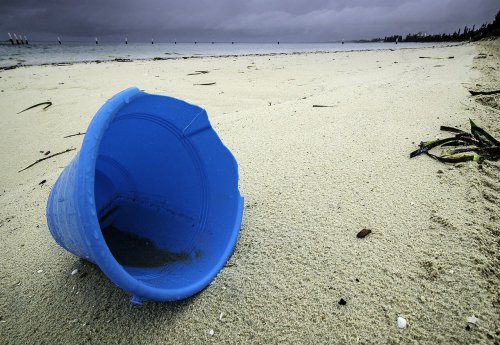 With the guy I was in a ‘situationship’ with, he at first made me feel that I was the only girl that ever mattered to him. We would talk 24/7 and I think that I was probably at my happiest during this time. But this only lasted about two months before it all went downhill.

He started acting distant and it even got to the stage where I would message him, and it would take him a day or two to reply. This was because he had a girlfriend, something he failed to disclose to me and when I questioned him on it after I found out from a friend, he completely ignored me.

It was like I was second best, except I was much, much, much further down the line than being second. It made me feel that I was unworthy of anyone ever investing their time with me (this also includes how I felt with my ex-boyfriend) and that I am destined to spend my future alone without a partner (something I still very much believe in).

The Lasting Effects Of Feeling Unwanted

All these situations have really affected me in ways I could never have imagined them doing so at the time. The situation with my friends has always made me second-guess any friendships I have made since then, and as a result of this, I have pretty much pushed everyone away. I always believe that people are only claiming to be my friend because they feel sorry for me and feel that we’re past the point now of when you could just tell someone that you don’t want to be their friend like you probably would when you were a kid.

This is why I now hate trying to interact with people and make new friends because I never actually know how they really feel towards me and always feel that they hate me and are talking about me behind my back; which is why I prefer to be alone. I would say I now have some acquaintances, but not really any friends, but I prefer it that way because it causes a lot less drama in my life and I at least know that I have no one that I genuinely care about chatting shit about me behind my back.

But I have decided that from now until I graduate from university, I will be avoiding trying to date anyone to not have any relationship dramas. If I do meet someone along the way and something comes out of it, then depending on how I feel I might not avoid it just because I could be letting go of something that could be forever. But I will not be actively trying to find someone just for the reason that I could end up feeling unwanted again and I do not need to feel that way or be messed around while I am trying to set up my future.

I would say to anyone who has been in (or is currently in) any of the above situations I have experienced, or just has a general feeling of being unwanted for whatever reason, to walk away from the situation. I believe if I had walked away from any one of those situations relatively soon after I started feeling unwanted, it wouldn’t have left as much of a lasting impact on me as it has.

Some of these situations happened five years ago and I still feel as bad about myself now as I did then (in fact, I probably feel even worse and unwanted now than I did then). Or just to confront them about how you are feeling. Sure, I did this with my ex-boyfriend, which got me nowhere, but if the same thing happens to you, that should give you even more reason to walk away from the situation. 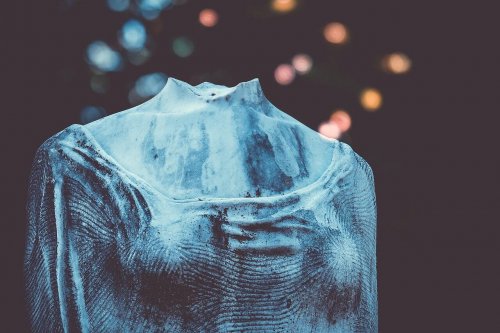 If after you tell them how you really feel still makes them do nothing to make you feel more included or just to let you know that you are very much wanted (which you totally are, btw) then you really need to walk away. Even though that may seem really difficult, for whatever situation you are in, in the long-term, you and your mind will really thank you for it.

I’d like to thank Beth from the Life of Beth for sharing her stories with my followers and me: it takes a lot of courage to open up about such experiences. But at the same time, sharing such personal stories can make people aware that they too might not be in a situation that’s good for their mental wellbeing, and show them they’re also not alone in this. I know for me, I had a similar issue with “friends” growing up and right into my early 20s.

So if you’d like to show your appreciation to Beth for sharing her story, and to show her that she is wanted, then why not visit her blog (Life of Beth) or one of her social media accounts (Twitter or Instagram) and let her know.

As always, leave your feedback in the comments section below. Also, feel free to share your experiences of feeling unwanted or share how Beth’s stories of feeling unwanted made you feel in the comments section below as well. If you want to stay up-to-date with my blog, then sign up for my newsletter below. Alternatively, get push notifications for new posts by clicking the red bell icon in the bottom left corner.

12 thoughts on “Unwanted And Unreciprocated: The Life Of Beth”