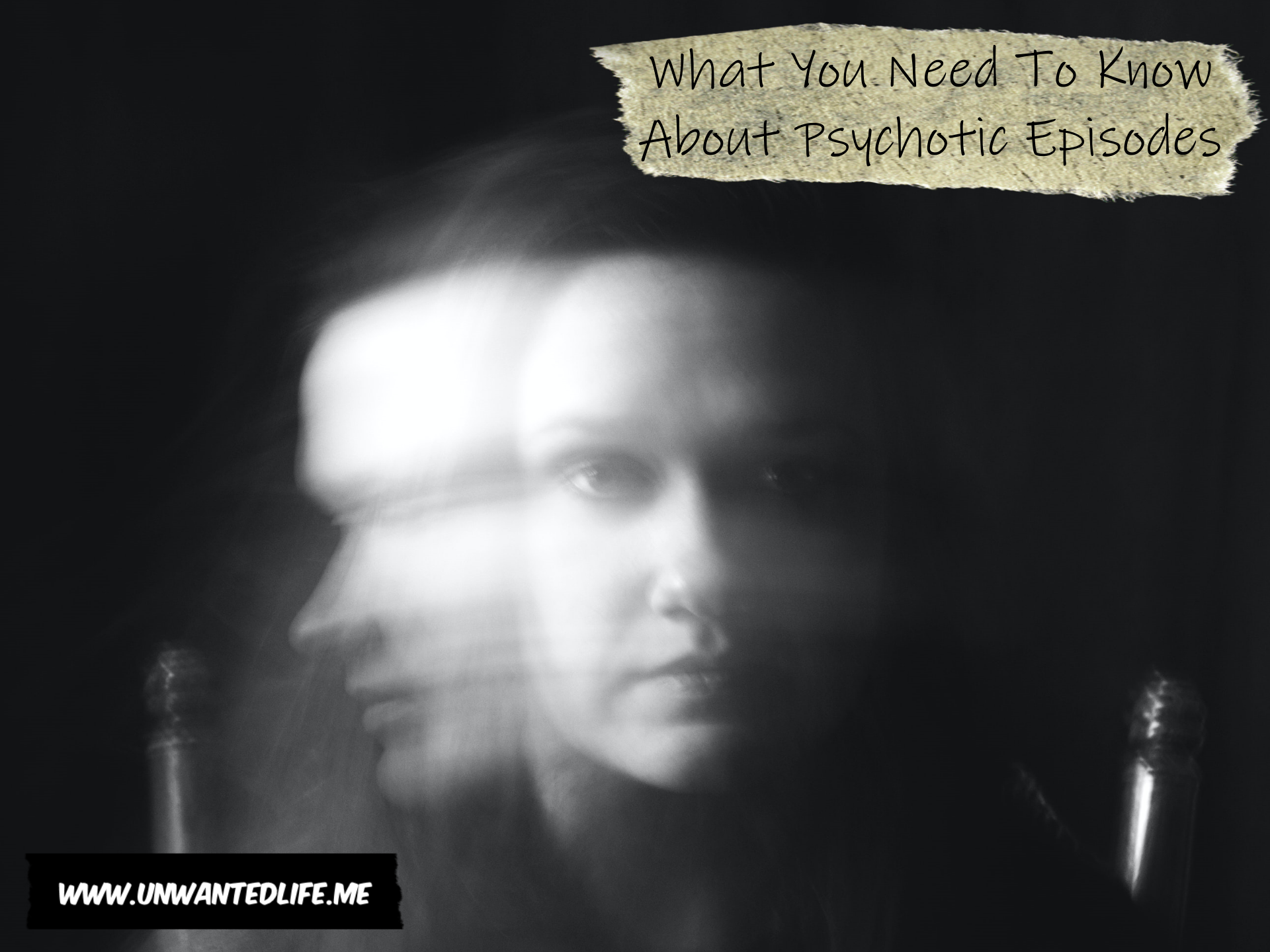 I suffer from two anxiety disorders which can cause hallucinations and when at their worse; I experienced these several times a day for well over a decade. I came to the conclusion that I was experiencing psychosis. However, when I brought this up when attending one-to-one schema therapy, my therapist told me that I didn’t have psychosis, but was instead experiencing psychotic episodes. So what exactly does that mean?

What are Psychotic Episodes?

Mind, the mental health charity, tells us that psychotic episodes are also called a ‘psychotic experience’ or ‘psychosis’, therefore their names are interchangeable, but what they really are is the same thing.

According to the National Institute of Mental Health, psychosis is a word that can be used to describe a number of different conditions that affect the mind that can cause a disconnect with reality. This can also be known as a psychotic episode, which supports what Mind said.

Because someone suffering from psychosis can have delusions and hallucinations, they can struggle with knowing what’s real and what’s not. The person’s perceptions and thoughts can also become disturbed. Thus, they can have incoherent and nonsense speech and engage in behaviour that is inappropriate or unusual.

When I had my first psychotic break, I reached a point where I could only say one phrase, “what’s going on?”. That was because I stopped trusting what I was experiencing as my reality and thought my reality was wrong and everyone else could see what I couldn’t. I thought that something was wrong with me which I was unaware of. That’s what cocktailing seven different drugs with alcohol and not sleeping for days will do to you. I had a drug-induced psychotic break.

What you also need to know is that psychotic disorders appear on a spectrum, much like autism, with schizoid personality disorder and schizophrenia making up the mild and severe ends of the spectrum, respectively (Arciniegas, 2015).

There are several ways to end up experiencing psychosis. You can have schizophrenia or schizoaffective disorder, and you can also be affected if you have depression or bipolar (HereToHelp). In conditions like bipolar, where they have psychotic symptoms, what they experience is determined by the current mood, meaning if you’re happy, your psychosis will also be a happy theme (Arciniegas, 2015).

But that’s not all. If you’ve read my previous article ‘The Unusual Link Between Drug-Induced Psychosis And My Anxieties‘, then you’d be aware that psychosis can also be triggered by substance use. I don’t know if this is unique to me, but also withdrawing from mood stabilisers caused me to live in a psychotic state for three straight months with no respite. 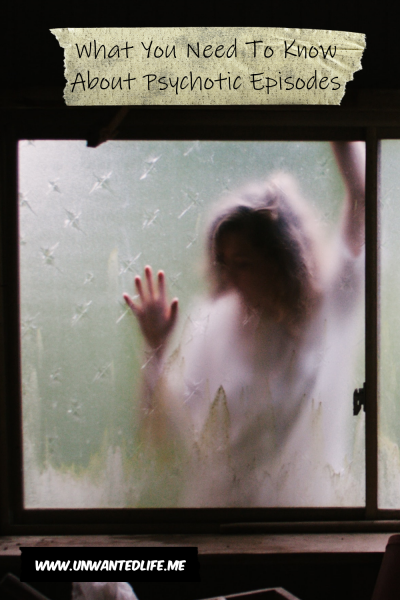 Therefore, this study suggests that cannabis can increase the likelihood of someone developing a psychotic disorder. I know this was the likely cause of my own psychosis (The Unusual Link Between Drug-Induced Psychosis And My Anxieties).

Simply put, there isn’t one specific cause of psychosis (National Institute of Mental Health, NIMH). It can be a symptom of mental illness and substance abuse, but it can also be a result of stress (HereToHelp), developmental (Arciniegas, 2015), sleep deprivation (NIMH), degenerative neurological disorders (Arciniegas, 2015), and even head trauma and lupus (HereToHelp): which I was surprised to find out.

I know when I had insomnia and would often go days without sleep, even pushing close to a week and a half before I finally just stopped functioning and slept. During those times, I had episodes of psychosis that only stopped when I finally slept, after becoming a physical wreck.

Approximately 20% of those who are affected by psychosis will only experience a single episode (Alvarez-Jimenez et al., 2011), so maybe that’s why they coined the term, ‘psychotic episode’ to explain such occurrences.

Another problem with those of us who experience psychosis is that we don’t tend to seek medical attention once the symptoms start, if at all (Byrne, 2007). I know I was suffering from psychosis for years before I ever brought it up with someone. It took me being arrested before I finally sort help about it when I finally decided enough was enough.

There is another term you might not be familiar with, and that’s ‘brief psychotic disorder’, which Arciniegas (2015) defines for us. This disorder is for when you have the symptoms of psychosis, such as delusions and hallucinations, but which can’t be explained by another psychiatric disorder, health condition, or substance use. People who experience this will only experience it for between one day and a month before returning to normal psychological functioning.

My Take Away On Psychotic Episodes

Psychotic episodes, or psychosis, can affect anyone for a whole host of reasons, it’s not just something people with schizophrenia can be afflicted with. Furthermore, knowing that it can be caused by something that isn’t a mental health condition is also eye-opening. Knowing and understanding that will help us to reduce the stigma so people will seek help sooner.

When my schema therapist told me I didn’t have psychosis but had suffered from psychotic episodes, they were both right and wrong, because they’re one and the same thing. So I guess the question is, do I say I’m someone who has psychotic episodes or someone that has psychosis?

As always, leave your feedback in the comments section below. Also, feel free to share your experiences with psychotic episodes and your understanding of them in the comments section below as well. If you want to stay up-to-date with my blog, then sign up for my newsletter below. Alternatively, get push notifications for new articles by clicking the red bell icon in the bottom right corner.

44 thoughts on “What You Need To Know About Psychotic Episodes”