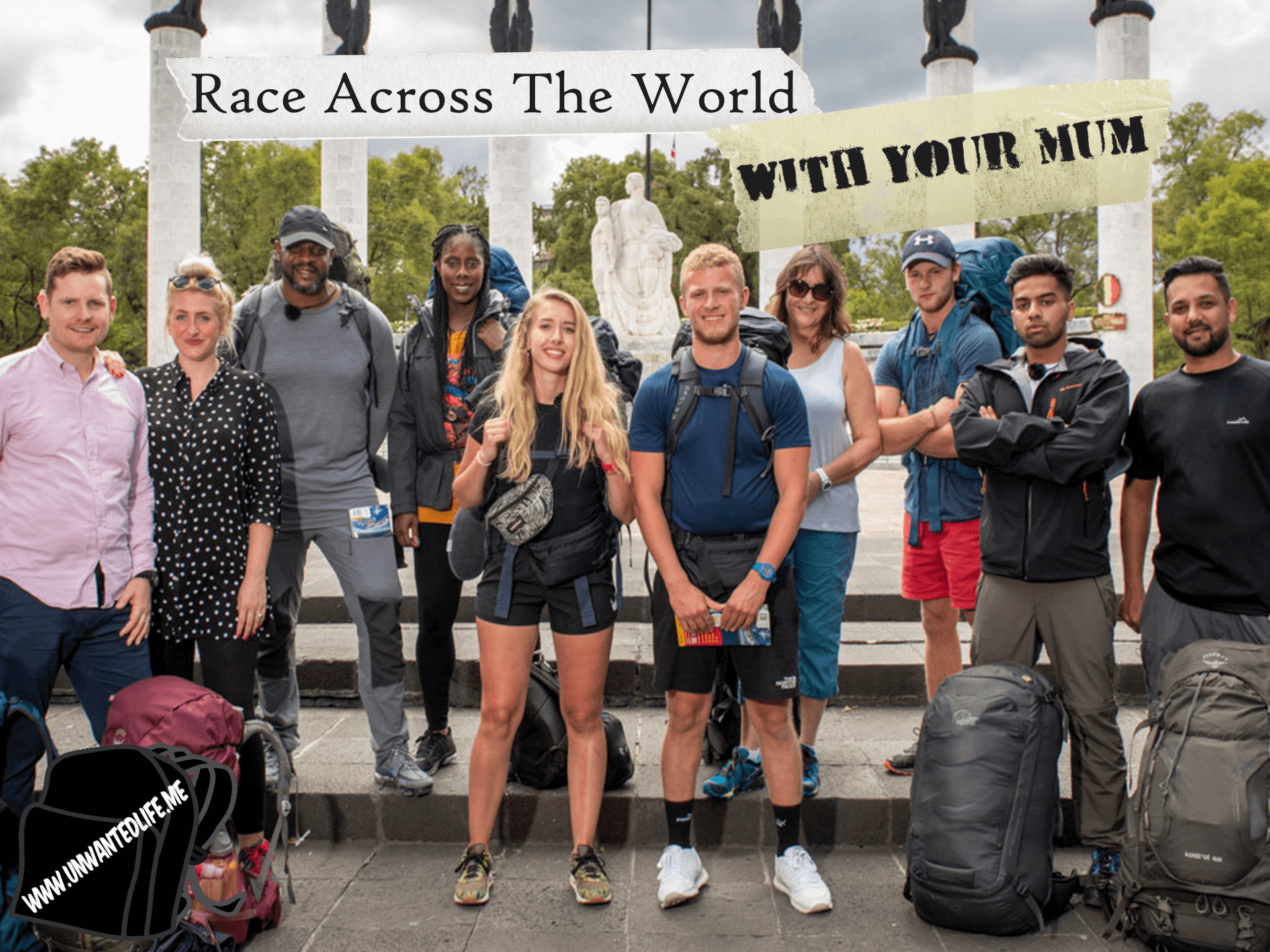 I was flicking through the TV on my Freeview box, just looking for something I could live with as background noise. I happened to pick Race Across The World (#RaceAcrossTheWorld) as my simple background TV noise so I could work on a post for my blog. However, something was said in that background noise show I’d selected that caught my attention.

Contents show
The Show: Race Across The World
Episode 1
Episode 2

The Show: Race Across The World

Before I start talking about what it was that caught my attention whilst the show was on in the background, let me first tell you what the show is all about. Race Across The World is a reality TV show on BBC 2, on Sunday at 20.00, and is currently airing season 2.

The contestants for season 2 were in a race from Mexico City in Mexico to Ushuaia in Argentina. All they’re armed with is a map, a GPS tracker, and a money belt filled with a limited budget (£1,453 or £26 a day each). They have no smartphones, and no bank or credit cards.

They have to travel through seven checkpoints along the way to their final destination, and they don’t know where the next checkpoint is until they manage to make it to the preceding one. Ok, that should do it. Now back to rambling on about my mum.

By a stroke of luck, I’d actually stumbled upon Race Across The World at the start of its new season: I’d caught it at episode 1. The thing that caught my attention whilst Race Across The World was on in the background was said by a member of one of the teams on the show. This team was made up of the son, Sam, and his mother, Jo. Sam said his mum was “the most important person to me” and I just couldn’t relate to that at all. It’s pretty alien to me how people can have such close relationships with anyone, let alone with a parent.

I’ve always seen my mother as someone I lived with, not as a parent or a mother. That’s because our relationship has always been strained, largely because of her religious views which have made her a bigot, but also because she also doesn’t seem to care about how my childhood messed me up.

After this one comment caught my attention, a few other things about this team also struck a chord with me, and I ended up watching the rest of the episode.

To further emphasise how strong the relationship between Jo and Sam is on Race Across The World, Sam goes on to say that he “couldn’t do it with anyone better”, which again, I simply couldn’t relate to.

I struggle to talk to my mum on the phone without it being incredibly frustrating and detrimental to my mental health. Almost every phone call (Childhood Neglect: An Awkward Phone Call With My Mum) I’ve ever had with her causes me to have a depressive spiral. So to travel somewhere on holiday with my mum would be soul-destroying, let alone racing across Latin America with her.

My mum wants me to go to Jerusalem with her, but one, I’m not religious, two, my mum’s religiousness is never-ending (she believes she’s a prophet for god) and a source of her bigotry, and three, I can’t stand talking to her, let alone being around her physically because of her views and personality (or lack thereof). Thus, going on holiday to Jerusalem, a holy site for my mother, would pump her religious identity to 11, and I already can’t stand her religious bigotry as it is.

But even if we could ignore both mine and my mum’s health problems (A Weekend With My Mum: A Disgusting Society’s Ableism), doing such a challenge with her, having to travel the length of Latin America, would be a punishment of the worst kind for me. 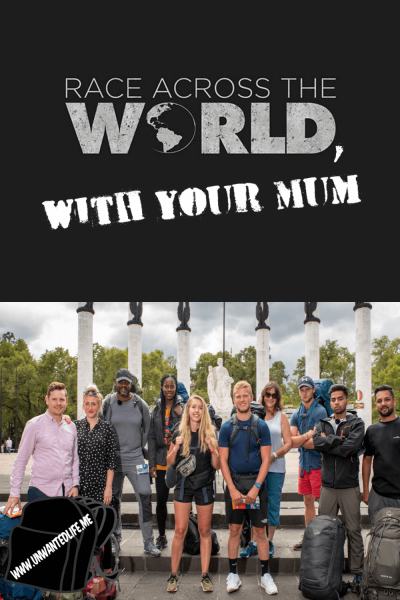 Backpacking has never really appealed to me, as roughing it just isn’t my style at the best of times. I grew up in a freezing cold house, as we couldn’t afford to heat it. If I was lucky, we’d heat a single room, and only for a few hours a day in winter. I also had to bathe in ice-cold water in the winter, and just cold water in the summer, as we couldn’t afford to have hot water either.

I could have had just about lukewarm baths if I wanted a couple of inches of water to bathe in a freezing bathroom. I was allowed a couple of kettles full of hot water when I had a bath, although it wasn’t worth the hassle because you still would be freezing cold. Thus, I used to have baths in icy cold water, which I could fill to any level I liked. After the initial shock and hyperventilation stage, you could have a normal bath. I also had to wash my face in the sink using freezing cold water.

This childhood has massively put me off roughing it as a holiday or getaway experience. My entire childhood was roughing it, I don’t need to live that again. So competing in a backpacking race like Race Across The World would be difficult enough without adding the extra headache of doing it with my mum.

More power to this mother-and-son team, and the rest of the teams in this competition. I couldn’t do it, even with good physical health and without my soul-destroying mother.

Speaking of other teams, there was another couple/team on the show that I could draw parallels with. This team was made up of a guy called Rob and his partner Jen. Rob is deaf in his right ear and is losing his hearing in his left, although he does have a hearing aid, he states the quality isn’t great.

This team talks about how their relationship has changed and how it’s become a struggle since Rob started to go deaf. Which I can understand, as I’ve had a number of health issues being diagnosed recently, which has also put a strain on my relationship (My Experience Of The Gastrointestinal Appointment, My Experience Of The Short Synacthen Test, and What Is Reactive Hypoglycemia? Advice And Information). That’s not even taking into account the strain caused by what my mental health issues have already put on my relationship with my partner (Date Night: The Difficulties Of Meeting My Partner and Unexpected Plans: Partner Wants To Meet A Week Early).

Anyway, the icing on the cake of just how good the relationship between Jo and Sam is, they were also the first team to make it to the first checkpoint. So not only do they genuinely love each other as mother and son, but they’re also able to work together well enough to win the first stage of the Race Around The World.

The two contestants, Sam and his mum (Jo), again show how different my relationship with the person who gave birth to me and theirs is. As they’re running the race across Latin America, and working along the way to make some extra money for the race, Sam talks about how he’s really glad to be making these memories with his mum. He made this comment as the pair are working to help preserve turtle eggs.

We also find out that Sam was adopted at 6 months old, a surprise twist. Even though Jo and Sam aren’t blood-related, and Sam’s difficulties with ADHD, they still have this amazing relationship. A relationship which is a million miles away from mine with my blood-related mother. It just goes to show, what makes a true family isn’t blood.

Sam goes on to disclose in this episode that he’s never tried or wanted to track down his birth mother. That’s because the relationship he has with the mother that raised him is special. You can differently see from the comments he’s made about her during the show so far.

I can understand where Sam is coming from in regard to his birth mother. I made one attempt to connect with my father, when I was a teen, and have never wanted to make a second attempt. My dad was my granddad (What Makes A Father On Father’s Day?), I never needed anyone other than him as a father figure.

During this episode, a third team came to my attention. I happened to notice that even Emom and Jamiul, who, after being isolated from each other for 10 years due to family estrangement, are on this show trying to mend that relationship, even though they’re only uncle and nephew. My mother has never once wanted to do this with me and try to mend our relationship, not once. Nor has my half-sister (the one that I know), come to think of it. And I tried a few times to try and build a relationship with my half-sister and my nieces.

So now there’s another team on Race Across The World that I’m kind of jealous of in a way.

For more information on the other contestants on Race Across The World, click here. 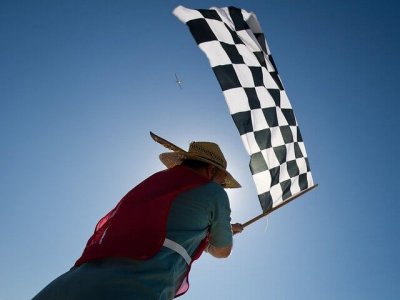 As always, leave your feedback in the comments section below. Also, feel free to share your experiences of travelling with your family, your relationship with your mum, or even if you’re just watching the show, in the comments section below as well. If you want to stay up-to-date with my blog, then sign up for my newsletter below. Alternatively, get push notifications for new articles by clicking the red bell icon in the bottom right corner.

43 thoughts on “Race Across The World, With Your Mum”