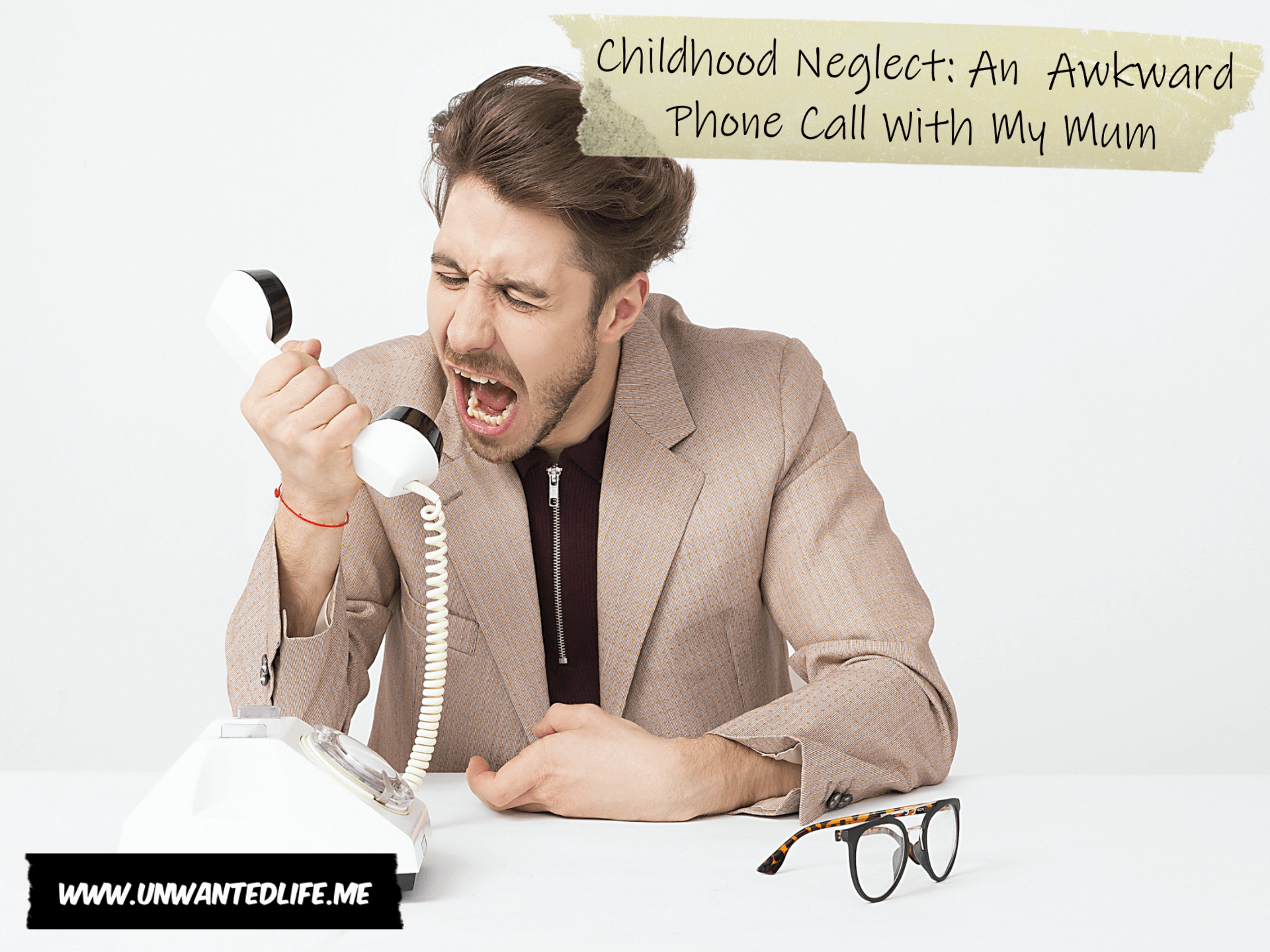 The other day I had an awkward phone call with my mum about my childhood. I only called to try and arrange for her to come down for the weekend to visit for her birthday. It was only meant to be a short call so I could sort out her train tickets and hotel room. But you know how some mums can be, what you hope will be a quick pragmatic call turns into a never-ending conversation about stuff you don’t really care about: which for my mum is usually her religion or her soaps.

For some reason, however, during the call, we got to talking about my childhood. This resulted in me telling her some home truths about what I went through during my childhood, which she tried to play off as being wrong and that I had a good childhood.

Somehow she didn’t know or choose to ignore, the realities of my childhood experience. Which isn’t uncommon for my mum. My mum knows I was suicidally depressed from eight years of age because I’ve told her countless times before, but she acts like it’s new information.

Anyway, during the phone call, my mum got stuck on the fact that for the latter years of my life at primary school I use to be set home from school at dinner time. This was something that was agreed due to a whole host of problems I was having at school (namely being a victim of constant racial abuse and the fights it would lead to).

Frequently when I went home for lunch I’d come home to an empty house. My mum would often not be there at all to cook my dinner or arrive too late to feed me. For reasons unknown, I also wasn’t left food I could at least eat due to her not being there.

It was during these times alone in the house on my school dinner break that I’d have regular complete and total emotional breakdowns, where I’d take the meat cleaver from the kitchen drawer next to the sink and cry my eyes out as I thought about chopping off my left hand: this kind of breakdown happened a lot for me at this time.

My mum then starts to feel guilty about what happened (bearing in mind she’s never felt bad or guilty any other time I’ve told her about how I became suicidally depressed at 8 years of age) and fixated on two things, the first being that it wasn’t solely the fact that she wasn’t there to feed me on my school dinner break that caused my suicidal breakdowns, going on and on about it because she needed to alleviate her guilt. I assured her it wasn’t, because it was a combination of all the shit I was having to deal with on my own. 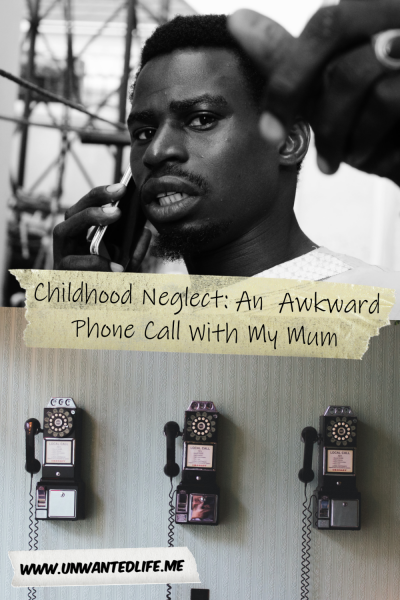 The second was asking why she didn’t leave sandwiches for me in the fridge (how would I know what she was and wasn’t thinking) or why I didn’t make myself some sandwiches instead: this happened over the school year I was 9-10, so I don’t think feeding myself ever crossed my mind as I was having a suicidal breakdown.

These two points then became something that she brought up every time I called her that evening and the following day as I tried to arrange her visit. I’d also picked up a few extra tasks for myself during these phone calls, which I needed to help her with (one of the extra tasks was that she was being ripped off by Virgin Media for a broadband and TV package she didn’t need, so I had to help sort out that situation). All these calls were meant to be short and pragmatic, but none of them was as she kept bringing up these two points over and over again.

I don’t know why she now seemed to care about what happened to me during my childhood, she already knew I was suicidal at eight because, as I said before, I’ve told her quite a few times over the years. The only thing she didn’t know was the specifics of what was happening and when I was actually going through these suicidal breakdowns, but she was aware of the racial abuse she didn’t give me any support with as a child. It still shouldn’t have been that shocking a piece of information.

She clearly latched on to these two points because it was a source of guilt for her at that moment, not because it had fucked me up as a kid, and even though I kept telling her it doesn’t matter anymore, “it is what it is”. I told her that I knew she had her own problems to deal with (she was depressed too), but she still wouldn’t let it go.

Eventually, she asked for my forgiveness, which I said she had, but that wasn’t good enough, she wanted me to literally say “I forgive you” which I did, how could I not? My mum became disabled due to cancer and might not live long because of it. Plus, she did the best she could, even though it wasn’t good enough for what I needed: emotional neglect can do a number on you as a child.

Even with all that going on during these series of phone calls I had to make to get this trip sorted, she still managed to keep bringing up the subject to god, and how I need to give my life to Christ, even though I’m not religious in the slightest. She has no chance of converting me, it just made for an even more annoying series of phone calls.

She ended this lovely bit of conversation by commenting on how “everything that’s happened to me has at least made me into a caring person who wants to help others” referring to me, not her, to which I retort that “I’d rather I hadn’t of had to go through any of that” I could have died many times as I went through all that shit, and my health is still paying for it now and always will be paying for it.

Oh, and she also reminded me that she still loves god first before me, which is always nice to hear.

As always, leave your feedback in the comments section below. Also, do you ever have fun phone conversations like this with your parents? Let me know in the comments section below as well. If you want to stay up-to-date with my blog, then sign up for my newsletter below. Alternatively, get push notifications of new articles by clicking the red bell icon in the bottom right corner.

15 thoughts on “Childhood Neglect: An Awkward Phone Call With My Mum”