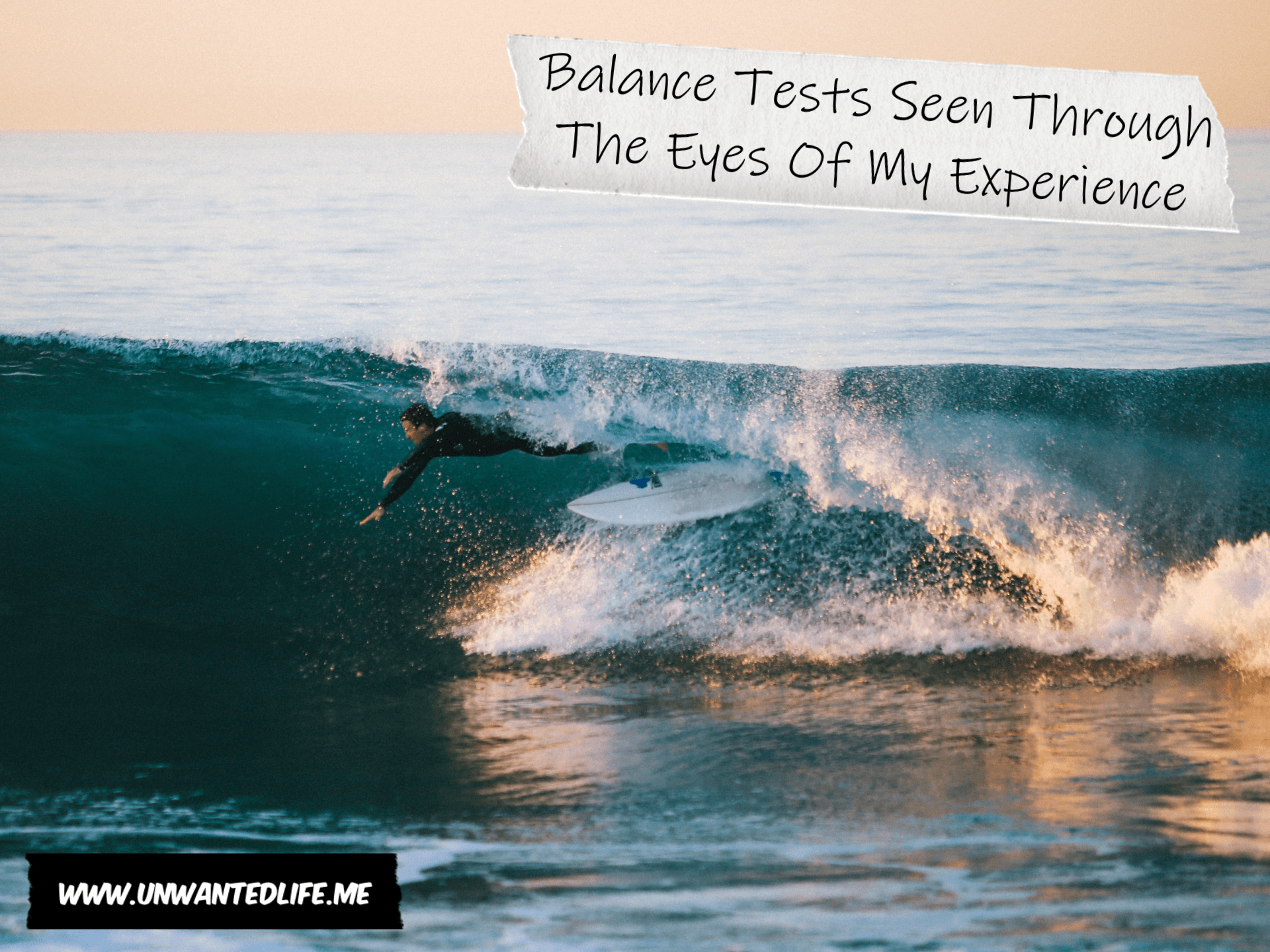 I met with the autonomic specialist consultant on the 26th July, and even though not all the tests have been done yet, and some results from January haven’t been written up yet, it is believed that the balance tests will explain some of my unresolved problems. Thus, my balance tests will hopefully lead to a treatment that’ll increase my quality of life.

The specialist I saw on the 26th July told me that the balance tests (and the exercise stress test I’m waiting for a referral for) could finally reveal the reason for all my other symptoms. So it should explain why I’m dizzy all the time, how I can lose my balance, struggle to walk straight, and how even walking can trigger travel sickness. It should also explain why I find it impossible to work out due to the dizziness vamping up to the point I can lose the ability to move due to complete and total muscle weakness.

It also means that I might finally be given medication that’ll help manage these symptoms at last, which will be a total game-changer for me if so.

My preparation for my balance test said I had to go to my GP to get my ears checked. I did, but they said they didn’t do ear syringing anymore due to cost-cutting by the NHS.

The GP told me I had 20% blockage in my right ear and 80% in my left. Thus, GP recommended putting olive oil in my ears to help remove the blockage.

Two days before my balance test, I decided to use olive oil to unblock my ears. This ended up making quite a mess. My table got oil all over it, even though my head was horizontal so the oil would stay in my ear. I miss judged how much to pour in. Which meant oil ran all down my face, neck, and chest. Plus, my hands were also covered in oil as well. I made a right pig’s dinner of it.

Getting the oil out afterwards was no easy task, either. Leakage kept happening for a while afterwards. It didn’t help improve my blocked ears either, and it left my left ear slightly blocked for a few days afterwards. Everything was muffled, it was really annoying. 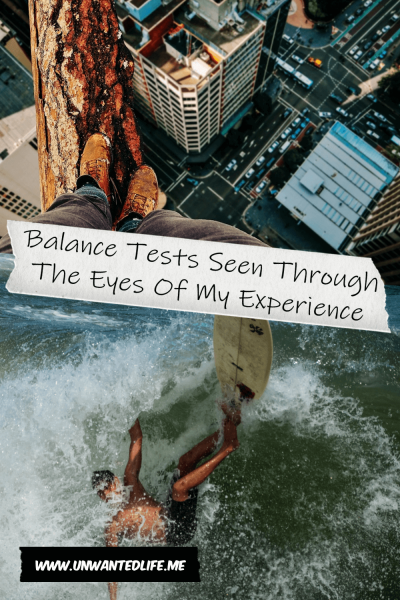 Part 1 Of The Balance Tests

As part of the first test, I had to give a detailed background of my issues, which included how scrolling on my phone, how things move around me like a train passing on the train platform, and how pattern carpets I’m walking across can all make my dizziness worse.

Then they performed some eye tests. I had to read some numbers off of an object. Then I had to follow the finger of the person examining me, then switch between looking at a finger on each of their hands as they raised them one at a time.

After that, they followed it with a neck and jaw test. Jerking my head around, getting me to turn my head to either side as far as possible. Then getting me to open my mouth, stick my tongue out, say awwww, moving my chin to my chest, and then having the examiner push up against my chin.

The first set of tests were weirdly intimate, having to stare at the person’s nose or ear whilst their head is less than a foot away staring into my eyes. All so they could see how my eyes reacted to the various tests.

I couldn’t help but feel during the first tests that I didn’t seem bad enough. Like the tests weren’t showing anything for them.

After the first set of tests were done, they gave me an iPad to answer a series of questionnaires. This made me feel less like I’m faking it because I’m not. A lot of the questions lined up with how my issues actually affect me, so that was reassuring.

Part 2 Of The Balance Tests

During the laying down part of the test, I kept having something weird happen with my eyes due to the ceiling. The ceiling kept moving closer if I looked at it too long. It was like I was looking at a magic eye or something. So trippy.

Part 3 Of The Balance Tests

The third test was a hearing test. For this, I had to push a button every time I could hear this space wobbly sound noise. But first, they had to check my ear, and it seems they were still pretty blocked, even after the messy olive oil thing I did to unblock them. However, they were clear enough that my eardrums could still receive the vibrations clearly enough to register sound properly.

Much like the ceiling in the previous test, the wall in the isolation booth for the soundcheck also messed with my eyes. The way was covered in tiny holes. It was a little distracting.

What’s with the balance clinic decorating itself in a way that messes with your eyes? I’m guessing it’s not on purpose, but when your sight could be a cause of your balance problems, this isn’t helpful.

The other problem was that my breathing was now really loud in my ears thanks to the setup of the test, so I often had to hold my breath to try to hear the sounds so I could register it. I also had to avoid swallowing as much as possible too.

Even with my tinnitus, I hear at or above the normal range except at one level in my left ear, which is slightly below. That’s the ear with the worst ringing sound.

Part 4 Of The Balance Tests

For this test, I had to wear two sets of goggles whilst they tested my eye tracking with cameras built into the goggles. This involved me staring at a button on the wall for the first part of the test and having my head jerked around a lot.

Because I seem to have naturally long eyelashes, especially for a guy, I had to keep my eyes wide open like I was in a state of permanent shock so the camera in the goggles could see my eyes clearly. The examiner commented on how beautiful they were, which I guess was nice though. 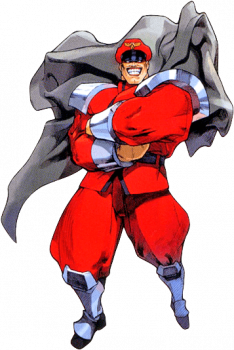 After all the tests were complete, I had to wait to see the consultant. They reviewed the results before seeing me and then invited me in to discuss what they found and to discuss treatment recommendations.

The consultant told me that they think I have persistent postural-perceptual dizziness and that they’re going to try to retrain my brain, and if that doesn’t work, they’ll try medication.

I was kind of gutted they wouldn’t start me on the medication straight away because I’ve been struggling with this for what seems like forever and is the biggest factor in ruining my quality of life. I really wanted to be able to go back to the gym ASAP so I could get back in shape. But they can’t try to retrain my brain if I’m on any medication for my dizziness problems.

Thus, I’m meant to be getting a referral to this brain retraining thing at the hospital gym. Which is going to be an absolute nightmare. It only takes two minutes of a warm-up before I can lose the ability to use my muscles. But if it works, then it’ll be worth it, and if it doesn’t, at least medication will follow. I just hope it doesn’t take too long as I need to do a placement for my postgraduate degree.

In total, I spent 3 hours and 26 minutes at the hospital doing the various tests and a lot of waiting around between the tests in the waiting room. I had no idea I was going to be there that long when I got my letter for the appointment, so if you ever get a referral for the balance tests, take a snack and have your phone charged.

As always, leave your feedback in the comments section below. Also, feel free to discuss any balance problems or balance tests you’ve had in the comments section below as well. If you want to stay up-to-date with my blog, then sign up for my newsletter below. Alternatively, get push notifications for new articles by clicking the red bell icon in the bottom right corner.