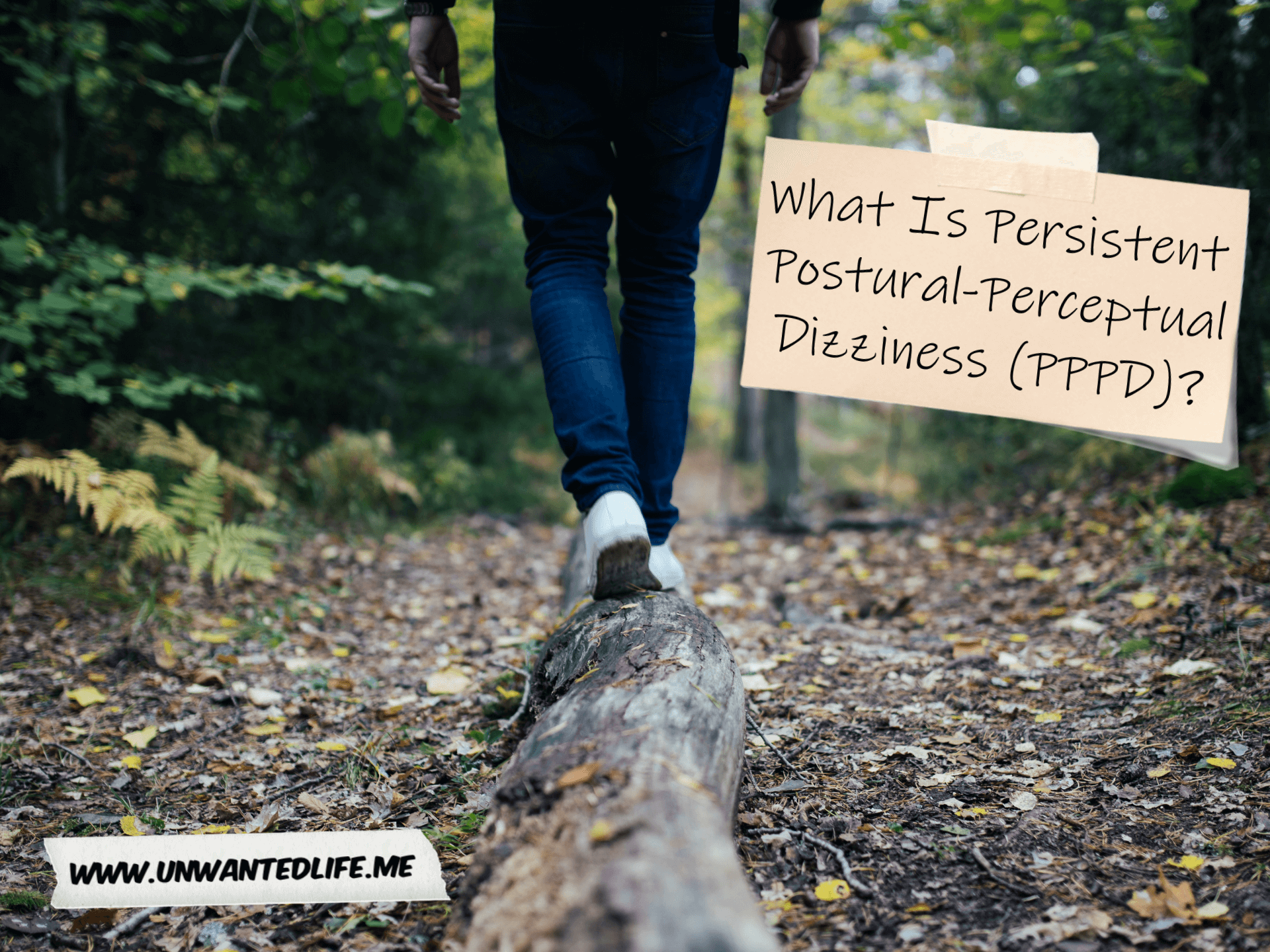 Because it’s balance awareness week, I thought I’d share some information about my disorder, persistent postural-perceptual dizziness (PPPD), so that others can be informed about it. Plus, it might help someone who recognises these symptoms in themselves.

After all, I’ve had this condition possibly all my life, but my problems were only taken seriously when I started seeing an autonomic disorders specialist. I was only seeing this specialist because a lot of my supraventricular tachycardia and inappropriate sinus tachycardia symptoms didn’t go away after taking medication that stopped my erratic heartbeat. It wasn’t even my cardiologist that referred me to this specialist. I was first referred to a neurologist, and it was the neurologist that referred me.

Thus, I was recently diagnosed after attending a series of balance tests (Balance Tests Seen Through The Eyes Of My Experience). If I’d been listened to earlier, my quality of life might have been a lot better by now.

Thank you to my Twitter friend, My Vertigo And Me (a.k.a Jonathan Brewer), for informing me of this event. This allowed me to write this article for balance awareness week because people rarely seem to now what PPPD is.

Anyway, without further ado, on to the topic at hand, what is persistent postural-perceptual dizziness (PPPD)?

PPPD is a very new disorder recognised by the medical community, reaching this consensus by defining its symptoms and diagnosis in 2014 (VeDA, 2014).

But before it became PPPD, the condition started as phobic postural vertigo (PPV). According to the VeDA (2014), in 1986 two German neurologists, Thomas Brandt and Marianne Dieterich created and described the condition based on clinical observations of patients who had non-vertiginous dizziness that couldn’t be explained by neurotology disorders at the time.

The symptoms of PPV included irregular unsteadiness triggered by environmental or social stimuli (e.g. a train moving past you at the platform) and postural dizziness without vertigo (Popkirov, Staab, and Stone, 2018). 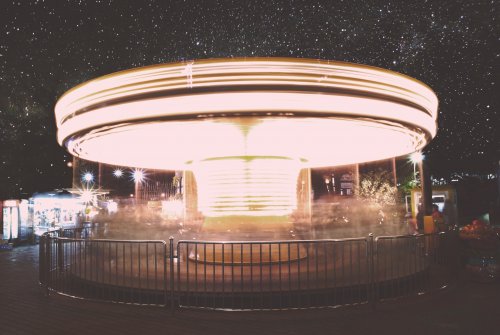 Next incarnation came chronic subjective dizziness (CSD). Work was done during the early 2000s to update the concept of PPV (VeDA, 2014). An American team led by Jeffrey Staab and Michael Ruckenstein streamlined the previous definition of PPV, clarified its relationship with behavioural factors, and confirmed its core physical symptoms, and gave it a new name, chronic subjective dizziness (CSD; Staab, 2012).

Symptoms of CSD now included non-vertiginous dizziness and unsteadiness that was increased by their own motion, the performance of tasks that needed precise visual focus (e.g., reading, using a computer), and exposure to environments with a complex or moving stimuli (e.g. seeing repetitive patterns such as I saw during my balance tests; VeDA, 2014).

Thus, PPPD is made up of parts from CSD, PPV, and related disorders to create the new disorder, persistent postural-perceptual dizziness (PPPD; Popkirov, Staab, and Stone, 2018).

What Is Persistent Postural-Perceptual Dizziness (PPPD)

According to Popkirov, Staab, and Stone (2018), PPPD describes an acute dysfunction of the vestibular system and brain that produces persistent dizziness, non-spinning vertigo and/or unsteadiness. The disorder constitutes a long-standing maladaptation to a neurological, medical, or psychological event that triggered vestibular symptoms, and is usually considered within the spectrum of other functional neurological disorders.

The inner ear and brain that help control balance and eye movements are parts of the vestibular system (VeDa, n.d. a), and it is believed that it’s these two parts of the system that cause PPPD: at least in my case anyway. Although the pathophysiologic processes underlying PPPD isn’t fully known (Stabb et al, 2017). This means PPPD is classified as a chronic functional vestibular disorder (Stabb et al, 2017).

The following are a list of symptoms listed by VeDA (2014) and www.neurosymptoms.org (a site recommended to me at the balance clinic; Balance Tests Seen Through The Eyes Of My Experience).

Tests used to try and diagnose vestibular system dysfunction, such as MRI’s (MRI: A Quick Post About My Anxiety Disorders And MRI Trip), tilt test‘s (My First-Hand Account Of The Tilt Table Test), etc, usually don’t show any problems with the vestibular system, at least structurally speaking. Thus, other tests are used to diagnosis PPPD and other similar disorders. This is how I ended up at the balance clinic to undergo a series of balance tests (Balance Tests Seen Through The Eyes Of My Experience).

Again, the following diagnostic list was shared by VeDA (2014). 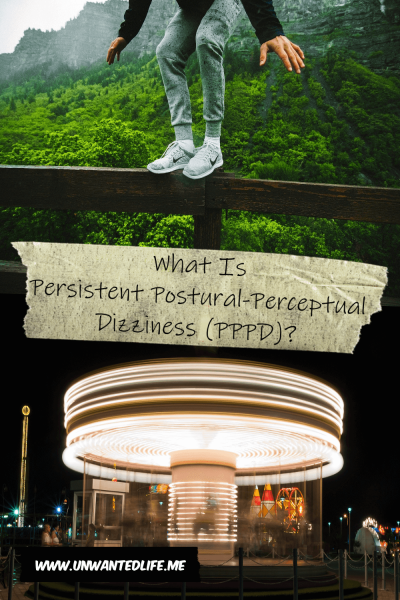 There are a few treatment options available for treating PPPD, so don’t think your quality of life might not be able to improve if you do suffer from PPPD.

Such as Tricyclics (including Amitriptyline, Imipramine, Trazodone)

• www.neurosymptoms.org (the site recommended to me at the balance clinic; the page I got this information from can be found here).

Such as: Amitriptyline, Duloxetine, Carbamazepine, Gabapentin or Pregabalin.

• www.neurosymptoms.org (the site recommended to me at the balance clinic; the page I got this information from can be found here).

It is an exercise-based program principally designed to reduce vertigo and dizziness, gaze instability, and/or imbalance and falls (VeDa, n.d. c). It works to desensitize or habituate patients to motion stimuli (VeDA, 2014).

If caught early on, psychotherapy might be successful in reducing the chances of developing PPPD. For properly established PPPD, it isn’t a very useful form of treatment at all.

In my case, at least, there’s a disconnect between the balance system of my inner ear and my eyes which means my brain is unable to resolve the conflicting information because the information its processing doesn’t match up.

I have discomfort with patterned surfaces, like walking over patterned floors. I also have persistent sensations of unsteadiness and dizziness without vertigo that’s been 24/7 for years, which can be made worse by scrolling on my phone, a train moving past me on the platform, and looking out of the window of a moving vehicle.

I don’t know exactly when it started, I used to struggle with really bad travel sickness as a child, but that stopped being an issue when I was a young adult. Then I started getting dizziness problems at my part-time job when I was at university, whereby I’d suddenly feel really ill and light headed and would have to sit down. It took me about 30 minutes to recover: that was around 2007. I sort help then, but my GP dismissed it, and it wasn’t a problem with anything else I did, so I stopped talking to my GP about it. 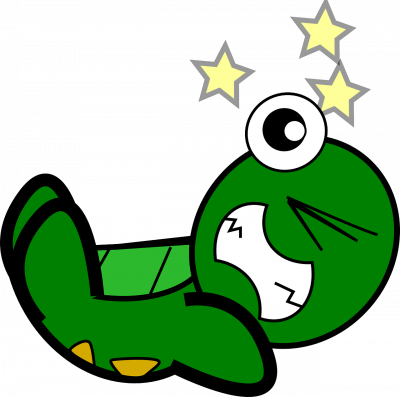 Then around 2013, I tried to start exercising which caused me extremely debilitating chest pains. A few months after that permanent dizziness, lightheadedness, and balance problems re-appeared and became 24/7. These symptoms didn’t go away with the effective use of beta-blockers to stop my chest pains, which is how I eventually ended up with an autonomic specialist.

Every time I try to exercise these symptoms will rocket up in intensity, which can cause my entire body to develop muscle weakness and, at times, cause me to blackout. These episodes can last 40 minutes, and leave you feeling really vulnerable. I’ve mentioned this before when I previously talked about the weirdness of my anxiety disorder, which you can read here if you’re interested in finding out more. But there’s also a chance that some of the issues I’ve just stated could be explained by my newly diagnosed reactive hypoglycemia (My Experience Of The Short Synacthen Test (SST)).

I also have tinnitus that slightly affects the hearing in my left ear (Balance Tests Seen Through The Eyes Of My Experience), so this may be a factor in my PPPD as well (VeDa, n.d. b).

I’ve been recommended to try VRT first, and if that doesn’t work, then they’ll try medication. Although now I know the medication I might have to try are largely from the antidepressant group, then I’m concerned it’ll cause me to have a psychotic episode as they did before (The Unusual Link Between Drug-Induced Psychosis And My Anxietiess).

For the articles that I can’t find free access to I’ll provide the links to their abstract and provide their doi code so you can look them up. Thus, if you have education access, subscribe to the publications that own the rights to the articles, or have access to them through work, you can read the full article yourself.

39 thoughts on “What Is Persistent Postural-Perceptual Dizziness (PPPD)?”