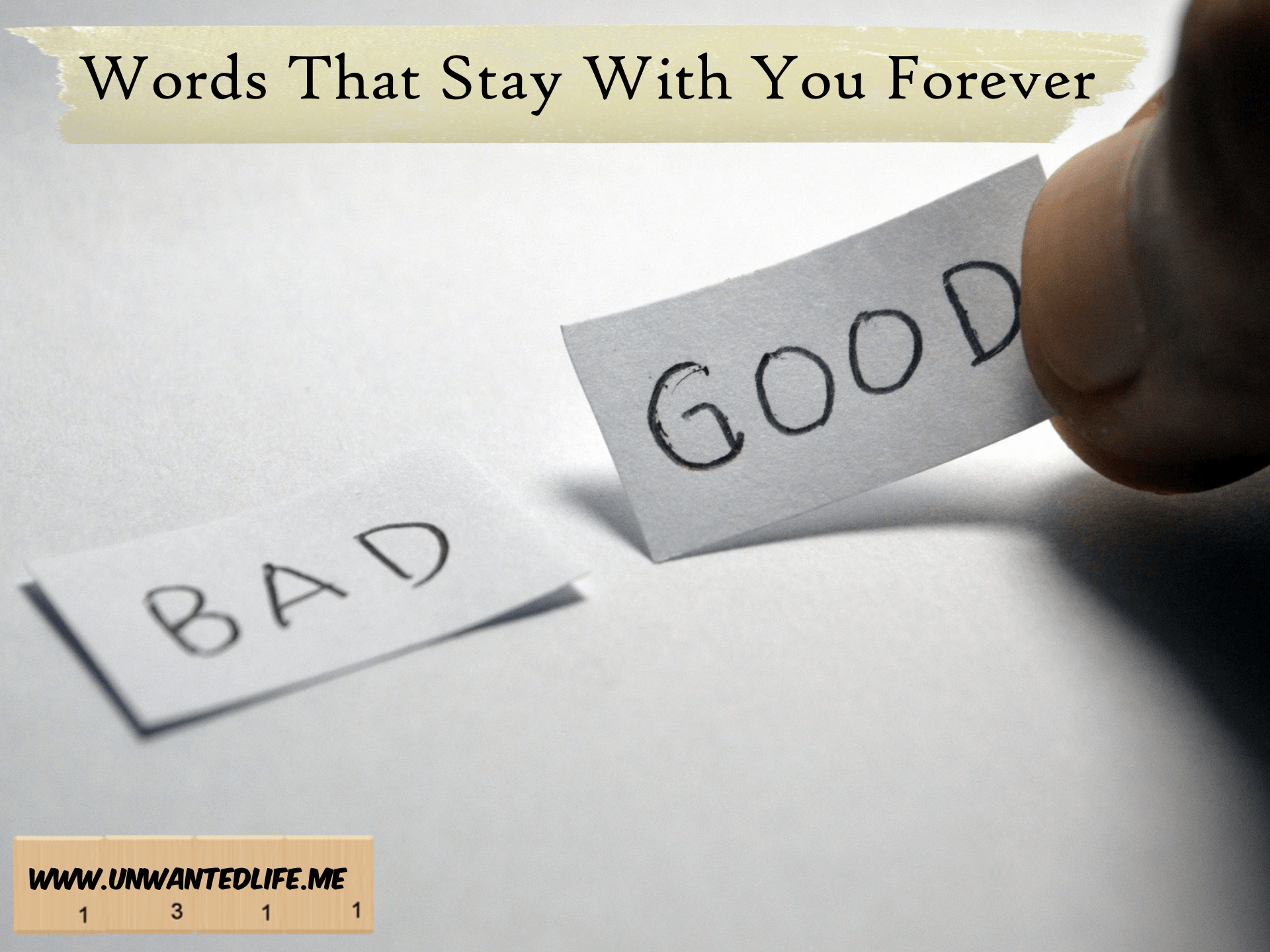 When I was at school, I often heard the rhyme: “Sticks and stones may break my bones, but words will never hurt me.” If only that were true. The stuff I remember most is the harmful words that people have said to me. These words have stayed with me and have hurt me time and time again when I’ve remembered them. Words can stay with you forever.

An article by The Telegraph reported on a study that decided to put the rhyme to the test. They conducted four experiments, concluding that physical and emotional/social pain can hurt the same when they occur. However, emotional/social pain has the unique ability to hurt us the same, over and over again when remembered. Whereas remembering physical pain is just the fleeting memory that you were hurt, rather than reliving the pain you actually felt at the time.

Sticks and stones may break your bones, but words will stay with you forever Click To Tweet

I became suicidal by the time I was eight years old after years of racial abuse (Suicidal Child #ChildrensMentalHealthWeek: A Personal Lesson In Abuse) I suffered at primary school and on the streets of my home town. It’s one of the reasons I hate going back home to see my family and friends.

Groups of kids would gang up on me, racially abuse me, and try to start fights with me. When this happened at school, none of the staff would try to help me even though they could see and hear what was going on.

I’ve heard a lot of racially disgusting words over the years, especially during my childhood, some of them not even racially accurate. I’ve been called a Paki on one occasion, and when I told people I’m of West Indian descent, I got native American abuse instead. 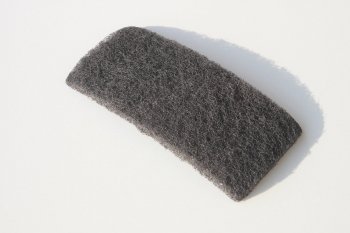 I’ve always struggled with my appearance due to the years and YEARS of racial abuse (Suicidal Child #ChildrensMentalHealthWeek) I had to endure. I spent my childhood wishing I was white. When I finally snapped and started to drown in suicidal thoughts and thoughts of self-harm, I took a Brillo pad to my arm to try and wash my skin colour away. This was because one of the more common racially abusive comments I would get was that I was really white, just dirty, and that’s why I was black. Thus, when I broke, I wanted to find out if that was true.

The racial abuse caused me to develop an identity crisis I’m still yet to fully recover from. It was also a big factor in my development of borderline personality disorder.

Sometimes it’s not just someone saying something once that sticks with you, but rather being told repeatedly by numerous people the same kind of things that break you.

But sometimes it can just be that one single time something is said to you, that gets lodged in your mind forever. As I said before, I’ve always had problems with my appearance. I spent my teens and early 20s wishing my arms weren’t so skinny. Now in my late 30s, I wish I could lose the weight off my belly that my comfort eating and reactive hypoglycaemia have helped put on.

So when someone I thought was a friend just casually dropped into a conversation that they thought I was ugly, that really had an effect on me. Who says that to a friend?

This single comment reverberated with me when I developed permanent traction alopecia (Life With My Hair Destroying Behaviours and Traction Alopecia: The Hair Pulling Question), causing me to have to shave off my dreadlocks. This only happened because of the body and identity issues I developed due to my childhood racial abuse, which caused me to engage in hair-destroying behaviours (I couldn’t stand my dreadlocks not being perfect. Not a single hair could be out of place).

I have felt lost ever since I had to cut off my dreadlocks. They were the only thing that made me feel more than ugly like I was told I was.

That’s how powerful a single string of words can be, especially when said by the wrong person, at the wrong time. 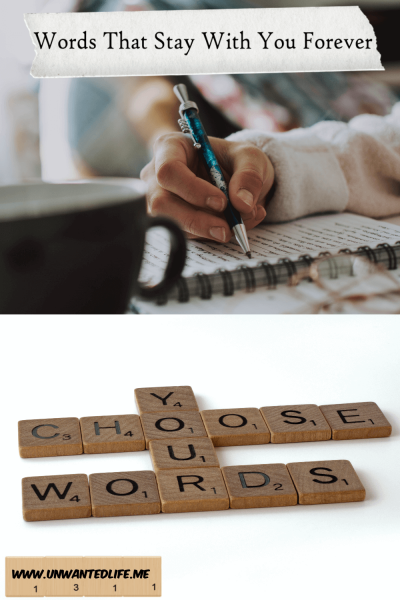 Another comment that has stuck with me ever since I heard it was when my mum told me at 14 that I ruined her life by being born. Like I had a choice in the matter. She said it because I wanted to quit a Friday evening class I used to go to, which I quit because three people had jumped me at school and I was struggling mentally. She lost her time to hang around with the other parents. Her religious views have always pushed everyone away, so she’s never really had any friends because of it.

I’ve spent my entire life wishing I’d never been born. I grew up in a town and went to a school where it felt like pretty much everyone else there also wished I hadn’t been born.

I have a dad who wouldn’t care if I was never born either (What Makes A Father On Father’s Day?). So when the person raising you, your mum, also tells you she wishes you were never born and how you had ruined her life because of it, that sticks with you.

When people (such as your parents) don’t like who they are inside, they find it easier to project how they feel on to others to try to get rid of that feeling, instead of looking at themselves and thinking: “How can I work on myself?”

That’s just the tip of the iceberg of the shitty comments my mum has said to me. I’ve struggled with suicidal thoughts since I was 8 years old, and it’s a daily battle I have to live with. My childhood messed me up, but all my mum has ever said over the years in regard to it is: “You just need to get over it”, like my mental health problems can magically go away.

More recently, my mum has been telling me over and over again that my physical health problems are: “Like getting off the sofa too fast.” I have persistent postural-perceptual dizziness (PPPD), reactive hypoglycaemia, and an autonomic disorder that causes fluctuations between inappropriate sinus tachycardia and supraventricular tachycardia. This causes me to be dizzy all the time and I can struggle with my sense of balance. It’s nothing like getting up off the sofa too fast.

But at its worst, when I try to exercise, I’ll become so dizzy and weak that I lose all muscle control (including my bowel and bladder) and struggle to keep from passing out. No matter how many times I tell my mum that, she keeps comparing it to getting off the sofa too fast.

Last summer, I had had enough of my mum belittling my health problems with stupid comments like that. After hearing that one from my mum again (Happy Mother’s Day?), I hung up and ignored her calls. I was going to help her set up her first smartphone by talking her through it over the phone and using a remote viewing app. But no longer. I hate talking to my mum at the best of times, but I’m sick to death of her belittling my health problems all the time.

No matter how many times I’ve explained shit to her, she doesn’t care, and she doesn’t listen, and then she trivialises to the point that it’s actually not a health problem. Even though I have official diagnoses that say otherwise.

What makes people say and behave in a way that, at best, is plain ignorance, at worst, just to hurt other people (What Is The Mentality Behind Pill Shaming?).

I hadn’t talked to her until a couple of weeks ago. Due to the coronavirus, she now suddenly believed my health issues were putting me at a big risk of dying if I got infected. Now she’s calling me almost every day, and I hate it. Talking to her has always been bad for my mental health.

It doesn’t matter if it’s physical or emotional pain when it’s deliberately inflicted, it hurts us more (Psychology Today). That may be true at the time the pain is inflicted either emotionally or physically, but if the study reported in The Telegraph is true, then the emotional pain is the only one that can be repeatedly experienced at later dates.

I would argue that the intent of the person saying the hurtful words isn’t the only thing that matters. Rather, the perception of the receiver of those words might matter more in how damaging the words being said are. I’m in no way blaming the receiver here, but rather, things can be said without meaning to cause harm, and might in most circumstances not be taken as harmful. But if the receiver is depressed, stressed, etc., then something that normally wouldn’t affect them could be quite damaging to them.

I know when I’ve said stupid stuff when I was in school, it was because of all the stuff I had to put up with in regard to the racial abuse I suffered. Mental health and supporting children in need just weren’t what was done back then, so I didn’t know how to work on myself, let alone have the awareness to ask myself that question.

Your words just left me shattered on the inside. Just remember words hurt more than punches.

If you’re lucky, then not every word said to you that sticks with you are bad, some might be good, even great.

Even with all the problems I had at school, several teachers told me that I wasting my intelligence. Which meant they acknowledged that I was more intelligent than my school behaviour and work were showing. That has always stuck with me, especially now that I know I’m dyslexic (My Life Before My Dyslexia Diagnosis and How Being Diagnosed With Dyslexia Changed My Life).

I used to work at a substance abuse charity, and a client I hadn’t seen in years randomly came up to me one day and told me how I’d helped them change their life, and how grateful they were. My single greatest moment. I’ll never forget that encounter, as that line of work you see a lot of relapsing, and often good news stories are thin on the ground.

A few times I’ve had people come up to me in nightclubs and tell me how good I was at dancing. Random kind words from strangers have always stayed with me, whereas kind words from family and friends just don’t mean anything to me at all. The legacy of my childhood.

As always, leave your feedback in the comments section below. Also, feel free to share your experiences with words that have stuck with you in the comments section below as well. If you want to stay up-to-date with my blog, then sign up for my newsletter below. Alternatively, get push notifications for new articles by clicking the red bell icon in the bottom right corner.

63 thoughts on “Words That Stay With You Forever”