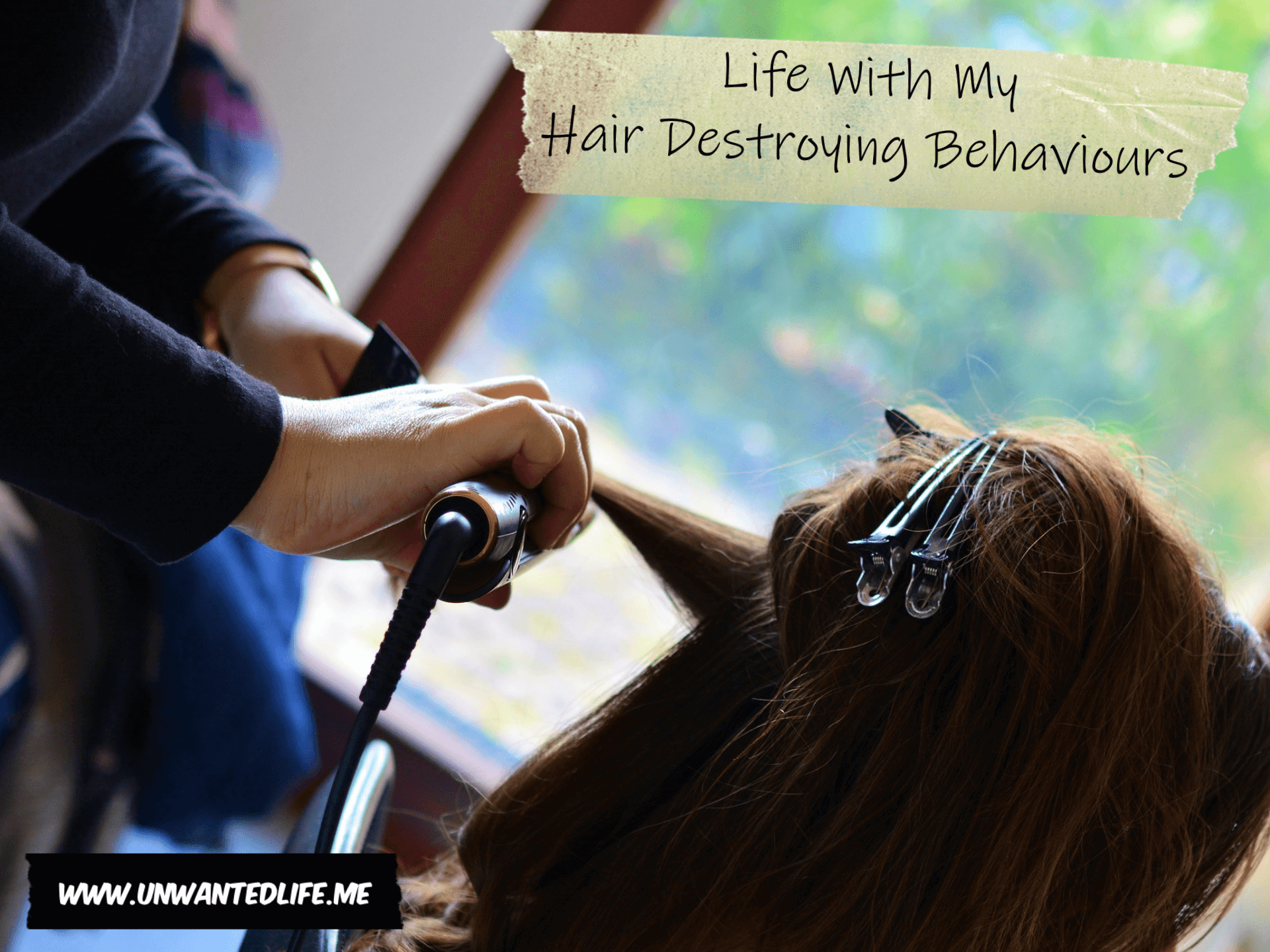 After almost two decades of abusing my hair and scalp (and hands), I’d had enough, and finally decided I need to do something about it. My plan to tackle my automatic behaviour was to drag said behaviour into my conscious mind.

The automatic behaviour in question was how I would start slapping my scalp whenever I was alone, even if I was only alone for a few seconds. This behaviour would give me headaches and cause my fingers to swell.

Thus, whenever I was engaging in the behaviour, I’d think about what I was doing, how much it hurt, what was the point of doing it, and how I wanted to stop doing it.

Once I’d dragged my automated behaviour into my conscious mind, it became a lot easier to deal with. Reaching this point meant it was always going to die out as a behaviour. Now I could plan how to manage it. Which is what I did.

It wasn’t long after making it to the zero second stage that the behaviour died out: I’ve never engaged in the behaviour since. Nothing bad happened to me either because I stopped the behaviour. What I was left with were fingers that weren’t constantly swelling and a tonne of headaches (and often neck aches).

The other behaviours were a lot easier to deal with. My need to have really tight roots on my dreads just meant I had to stop myself from checking them and tightening all the time. Which was easily done once I’d stopped hitting my head all the time. I was also able to stop pulling out my stray hairs with minimal effort. They were easy because they were completely competitive automated behaviours, like my head-slapping. 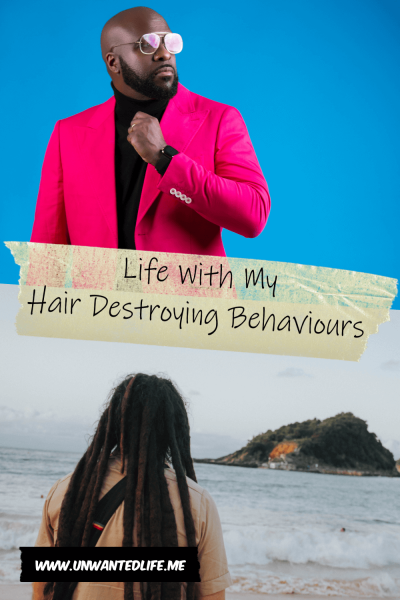 The Damage To My Hair

However, all those years of engaging in that behaviour had done a lot of damage to my hair and dreads. Granted, I was developing a pretty annoying widow’s peak by the time I realised how much damage I’d caused to my hair. But it was the combination of my various hair destroying behaviours that had caused irreversible damage to my hair. But I wouldn’t realise how bad until I took a drastic step a couple of years after I stopped engaging in the hair destroying behaviours.

That drastic step was cutting off all my dreads. A day I’d never recover from, leaving me with a destroyed sense of self and self-esteem.

I knew I’d caused a lot of damage to my hair with my behaviours, and I’d hoped the damage would have sorted itself out if I gave my hair time to recover. However, I couldn’t tell just how bad it was unless I got rid of my dreads, temporarily.

What you need to understand is how much my dreads meant to me. My life changed for the better (in some ways at least), and it allowed me to expressive myself in a way I’d been unable to before. I would bleach and/or dye them different colours, attach glow stick earrings to them, and even had duel pigtails. I had a lot of fun with them, but the most fun came with how I felt when I’d be dancing with my dreads flying all over the place: it was so freeing and euphoric.

I lived by the motto. Dreads are for life, not just for Christmas. I was fully prepared to die, if I got cancer, rather than doing chemo and risking my hair falling out. I also refused to do antidepressants that had hair loss as a side effect (not that antidepressants agreed with me anyway).

My Life Before My Hair Loss

My dreads brought me a lot of positive attention from everyone, including strangers, but especially girls. I became someone everyone knew, not because I was the only black person there (although I still was), but because of my awesome dreads.

The Attention I suddenly started getting from girls was especially significant, because I’d never had it before. I was so used to watching all my white friends get all the attention that now that I was getting it for the first time in my life; I didn’t want to lose it. It left its mark on me. A mark I’m paying for now, because now I feel like the ugly and unwanted person I used to be before I had my dreads.

So, the day I decided to cut off my dreads to see how extensive the damage was (with the plan of redoing my dreads), is a day I still haven’t recovered from: it’s been like five years. I’m completely ashamed of how I look now: I’m uglier without my dreads. I even avoid seeing anyone who knows me from when I had dreads.

This has further led to my isolation and increased my desire to stay at home, adding fuel to the fire of my anxiety disorders.

I think the worst part about destroying my hair and having to lose my dreads was that I just don’t dance anymore. I used to love getting drunk and dancing my black ass around the dance floor, flinging my dreads around. Without my dreads, it’s just not the same feeling. I’m no longer in the moment connecting with the music. I’m unable to loosen up enough to enjoy myself for fear everyone is watching me.

I’ve lost something that, to me, was more important than my actual life. I’ve lost my freedom and a way to express myself, and there’s nothing I can do about it.

It may not sound like much to the people reading this, but my life has only gone downhill since cutting off my dreads. It’s left me in the longest continues depressive state I’ve ever been in. On top of that, I also feel shame and embarrassment because of the sheer state of my hair now.

The problems I had with my dreads due to my need for perfection also didn’t end when I lost my dreads. Shaving my head has become a whole new nightmare to deal with.

But this worse part of it all is the anxiety I have about people seeing my fucked up hair. I rarely shave my head because I hate shaving in general, but when it comes to my head it’s just painful, bloody, and never-ending.

I can’t get a perfect shave because the decades of head hitting have caused small indentations. This makes it impossible for me to skin shave my head. Because I need my head to be perfectly shaved, just like I needed my dreads to be perfect, I ended up covering myself in blood. This leaves my head so sore that I can’t actually shave it for several days afterwards while it recovers.

Thus, to avoid this trauma, I just don’t shave it at all. This is where my anxiety comes in. Now I’m constantly worried that my head covering will be pulled or knocked off for some reason, and everyone will see the disaster that is my hair.

I honestly don’t know if I’ll ever recover from this. It’s like I lost the most important part of me. The only part other people liked.

Four Things to Not Say to a Person With Trichotillomania

14 thoughts on “Life With My Hair Destroying Behaviours”