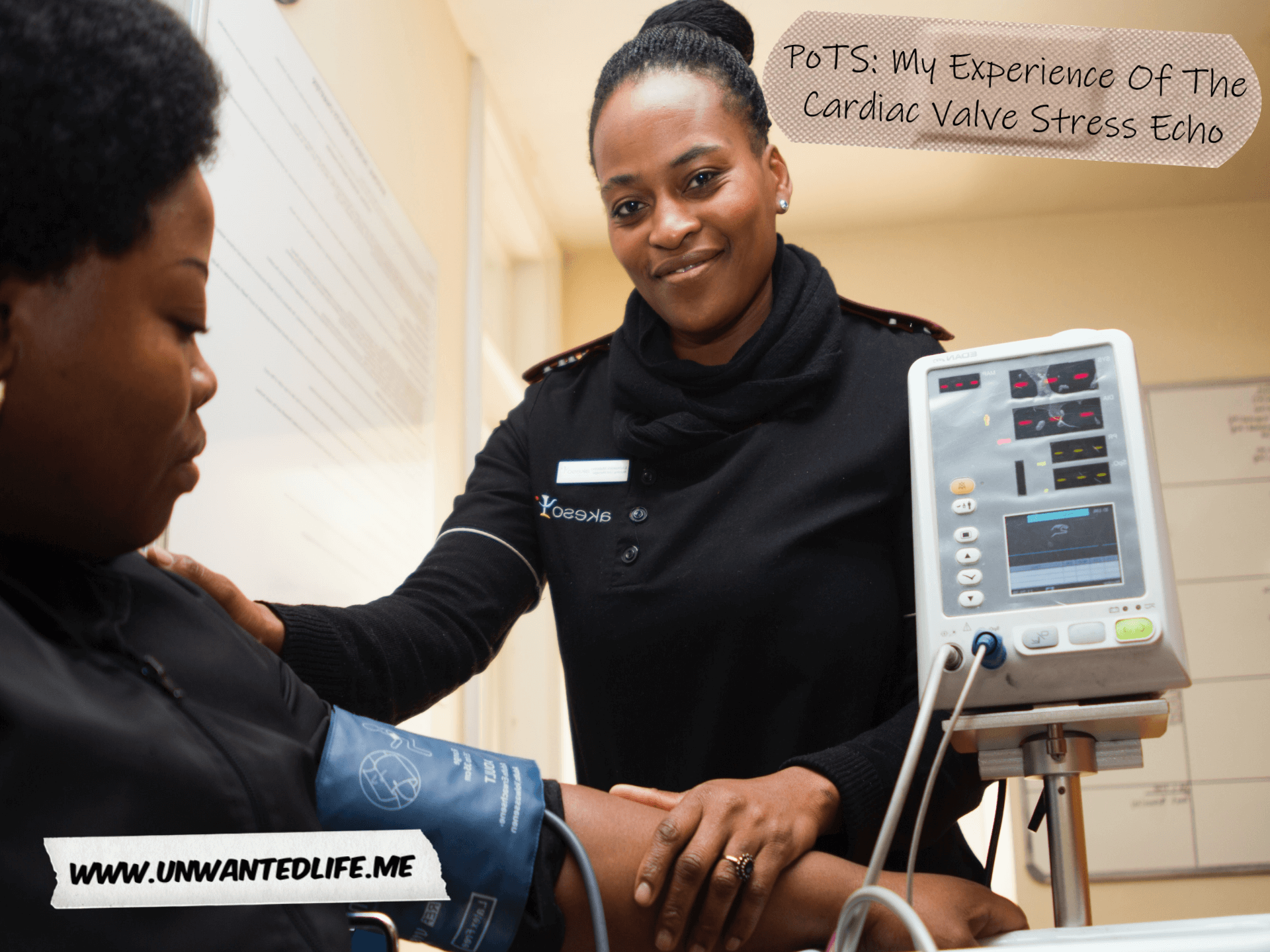 I’d previously written about an exercise stress test that I underwent that was conducted with a consultant that specialised in endocrinology and cardiology. That test led to them recommending I went keto. This postural tachycardia syndrome (PoTS) test was similar to that, but also different. Keep reading to find out how it differed.

The cardiac valve stress echo test was to further investigate if I have PoTS, to explain my exercise intolerance and some, if not all, of my dizziness and balance issues. This test would be my third one relating to PoTS, the other one I hadn’t mentioned was my tilt table test. Being diagnosed with PoTS wouldn’t invalidate my balance disorder, persistent postural-perceptual dizziness (PPPD), which has overlapping symptoms, as my PPPD can also be triggered by movement in my vision.

What Is Postural Tachycardia Syndrome (PoTS)?

Simply put, PoTS is a heart condition whereby you have an abnormal increase in heart rate that occurs after sitting up or standing. Symptoms of this are typically dizziness and fainting. When you stand up, gravity pulls your blood downwards, which your automatic nervous system compensates for by narrowing blood vessels and slightly increasing your heartbeat. However, if your automatic nervous system fails to do both of these, then there’s a drop in the blood supply to the brain and heart, causing the heart to race.

Because my PoTS test was conducted during the coronavirus, I had to wear a mask until the exercise part of the test started. The staff were already wearing a mask to cover their mouth and nose as well, but put on a face shield to go with their surgical masks so I could do the exercise test without a mask. So don’t worry if you’re having a test like this during the pandemic. Once my breathing had settled, I put my mask back on even though they hadn’t told me to do. Common courtesy. 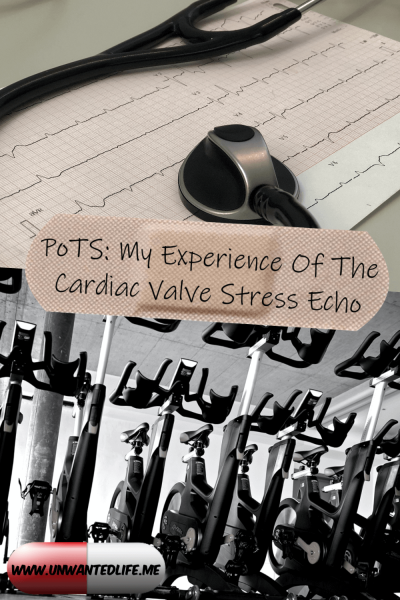 The letter for my PoTS test told me this test was to be done while still taking my beta-blockers, which I guess makes sense as I still have dizziness and other symptoms even though my beta-blockers control my heart rhythm and stopped my chest pains. The letter also said not to eat an hour before the test, but I think I missed this up as I had to eat to control my reactive hypoglycaemia about 40-50 minutes before my test. I’d forgotten I wasn’t meant to eat. It would have been less time if they hadn’t run 30 minutes late.

The test involved me being seated on an exercise bike that tilted back to about 15-20° off me laying completely horizontal. I then had my heart scanned for about 10 minutes and had my blood pressure checked a couple of times. I had a blood pressure cuff put on that I had to keep on throughout the test and I was attached to a number of other sensors to check my heart rate throughout the test.

After that was all done, I had to pedal and keep my speed between 55-65. However, when I reached 58, the machine started rocking backwards and forwards. It appears that the bike had to be set to accommodate my height, causing this issue, the rocking and squeaking. The issue was extremely annoying, so to avoid it I tried to keep it between 55-57.

Another issue was due to having fairly big feet, it seems. All the pressure of pedalling was focused on the front part of my foot. It was like running in Stilettos. This put extra strain on my tendons just above my ankle and caused my thigh muscles to get tired quicker than usual. 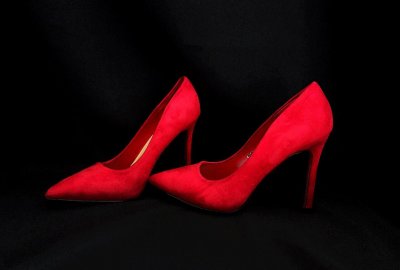 The last stress test I had I could ride for a lot longer, to the point I was completely exhausted. This time, I wasn’t exhausted to the point I had to be helped off the bike, which happened in my other stress test. I was barely out of breath by the time the pain in my leg became unbearable. I really hope that doesn’t affect my results. I simply couldn’t keep going because the front of my calf muscles, especially my right one, was screaming in pain. Everything else was fine.

In the first few minutes of the test, my eyes started to feel weird, which is common for me when my symptoms start, it’s generally the first thing I notice as a warning sign, although that could be due to my reactive hypoglycaemia. I also had pins and needles in my feet for a few minutes, but that did pass. All in all, this was barely an exercise stress test when compared to my other one, which resulted in me having to be carried off the bike.

Throughout the test, they regularly took images of my heart and did blood pressure checks while I was peddling as the bike increased in resistance difficulty. I just wished my feet were pushing from the bottom of my feet rather than from my toes. I would have been able to peddle for longer and thus generate better results.

My rush to get to my appointment wiped me out more than the test itself did, which was annoying to me. Even running down two flights of stairs when the post-person delivers something that wipes me out more. I’d forgotten I had this PoTS appointment and had to clean my teeth, shower, dress, pack, and speed walk to the train to get there in time. All of which I managed in about 35 minutes, somehow. I was struggling to breathe for most of that walk and I felt terrible. It was a real struggle to stay composed. In comparison, during the test, I felt pretty normal.

When the testing finished, they asked why I’d stopped when I did, and I explained the pains in my legs. Hopefully, that’ll be reflected in the results. Unlike my last exercise test, however, I didn’t get to chat with the consultant about the results. That probably means I’ll have to wait another eight months to get the results when I see my specialist again. Sigh.

Lastly, if you’d like to support my blog, then you can make a donation of any size below as well. Until next time, Unwanted Life readers.

65 thoughts on “PoTS: My Experience Of The Cardiac Valve Stress Echo”