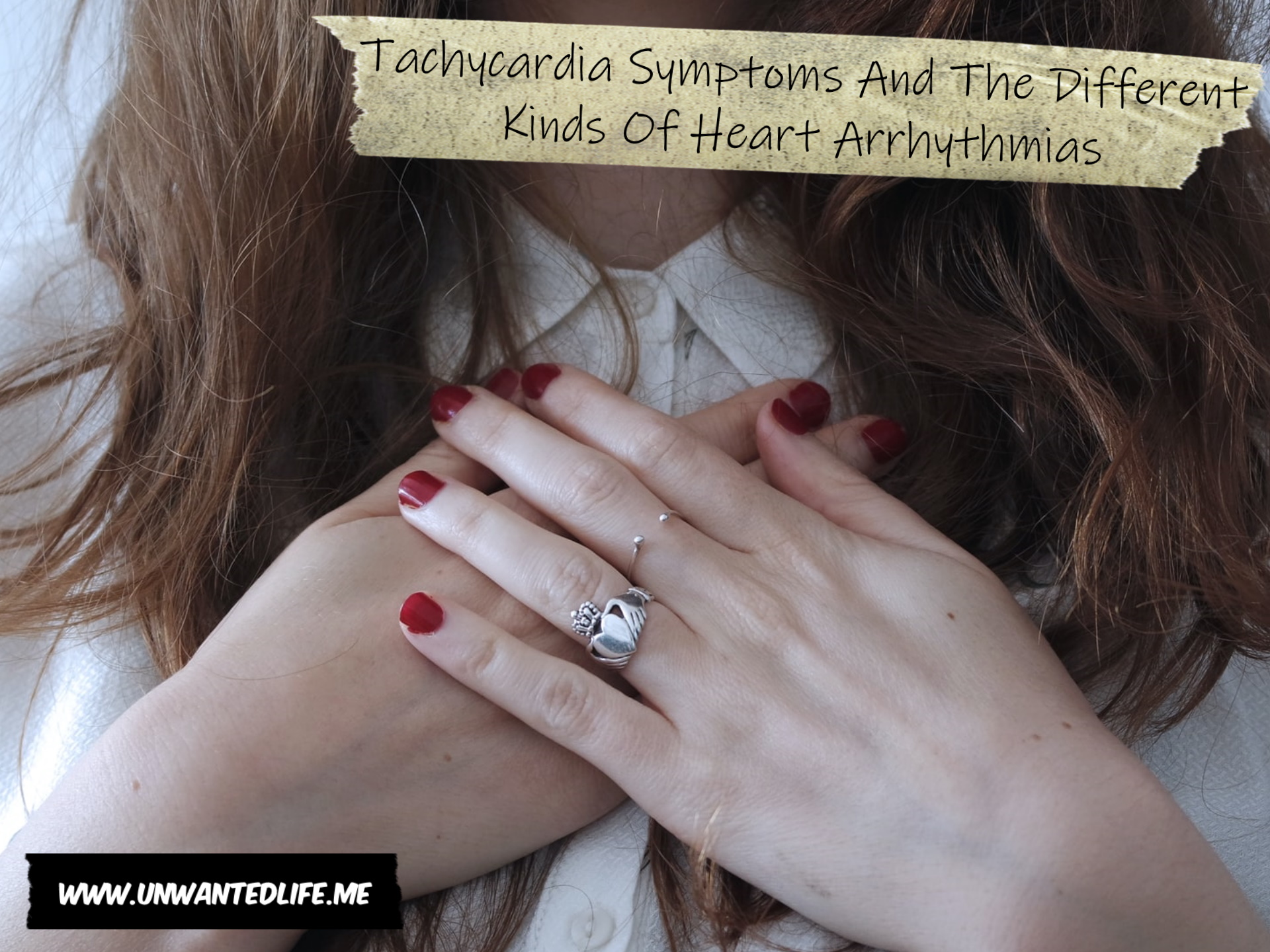 However, I also know how difficult it can be to get anyone to take your heart arrhythmias seriously when you have a history of mental health, or because some doctors don’t listen and just default it to being because of anxiety or something along those lines. Thus, here’s some helpful information on tachycardia symptoms and the different kinds of heart arrhythmias, in case it might help you.

Simply put, tachycardia is a medical term for when someone has a heartbeat that’s over 100 beats per minute (Mayo Clinic). Obviously, situations where someone’s heart should beat fast, such as during exercise, are situations where it’s rarely something to be concerned about. Thus, tachycardia is when a heartbeat is greater than 100 beats per minute when a person is at rest (Cedars-Sinai).

What Are Heart Arrhythmias?

A heart arrhythmia is when you have an irregular heartbeat, such as the heart beating too slowly, too fast, or irregularly (NHS). Many of these heart arrhythmias can cause tachycardia (Mayo Clinic).

The basic characteristics of all the tachycardia symptoms are that there may not be enough blood being pumped to the rest of your body, thus stopping the body from getting the oxygen it needs. Because of that risk, and my experience of having it, I thought creating a list of the common tachycardia symptoms would be useful. The following signs and symptoms were taken from the Mayo Clinic and Healthdirect.

It should also be noted that not everyone with tachycardia will have tachycardia symptoms. Some people can be symptomless, with their condition only being found out because of a health exam. 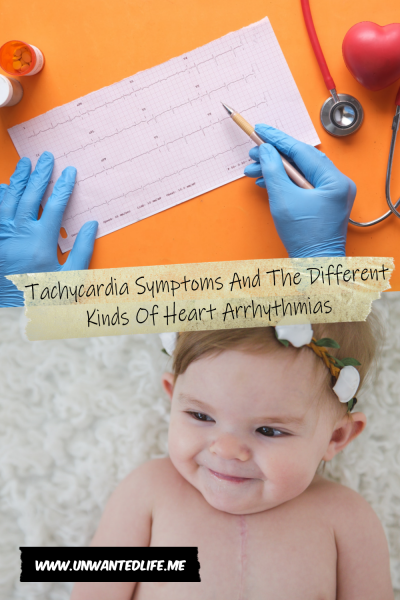 This is the most common form of tachycardia. The Mayo Clinic says that A-fib causes irregular and chaotic electrical signals in the upper chambers of the heart (atria) causing a fast heartbeat. Often this is a temporary condition, although sometimes it won’t end without a treatment intervention.

An atrial flutter occurs when a short circuit in the heart causes the upper chambers (atria) to pump rapidly (Johns Hopkins Medicine). According to the Mayo Clinic, this condition is like A-fib, accept the heartbeats are more organised and can go away by themselves, although sometimes they require treatment.

This condition is usually caused by an inherited faulty gene. Brugada syndrome is a rare but serious condition that affects the way electrical signals pass through the heart, causing it to beat dangerously fast (NHS).

Inappropriate sinus tachycardia is a rare but benign type of arrhythmia within the SVT group (Wikipedia). IST might be caused by a structural abnormality in the sinus node and it can occur in seemingly healthy individuals with no history of cardiovascular disease (Wikipedia). Furthermore, Cedars-Sinai state IST has many causes, but experts do not understand all of them. One such cause comes from inappropriate signalling of the nerves that increase the heart’s rate. Another is that the nerves that lower the heart’s rate aren’t working as intended. 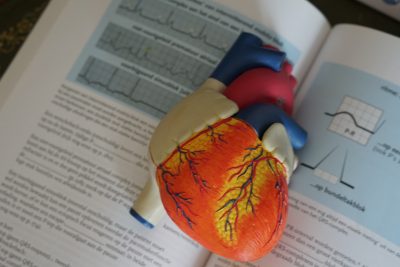 This condition is usually an inherited condition whereby the person with it has it inherited a fault gene, which affects the heart’s electrical activity (NHS).

SVT is a condition that occurs in the upper chambers of the heart, causing episodes of an abnormally fast heart rate that suddenly starts racing, then stops racing, or slows down abruptly (NHS Inform). This condition isn’t normally serious, and usually only lasts a few minutes to several hours, happening a few times a day or once a year (NHS).

This condition is a serious problem which can lead to death if the heart rhythm isn’t restored within minutes (Mayo Clinic). V-fib is characterised by disordered electrical activity that causes the heart’s lower chambers (ventricles) to quiver or fibrillate, instead of contracting normally, prohibiting the heart from pumping blood (American Heart Association).

Ventricular tachycardia is a type of arrhythmia, where faulty electrical signals in your the lower chambers of your heart (ventricles) cause your heart to beat faster than normal (Bupa). The arrhythmia doesn’t allow the ventricles to contract (fill and squeeze) to pump enough blood to the body, with episodes lasting only a couple of seconds without causing harm (Mayo Clinic). Although episodes lasting longer than that can be life-threatening.

According to the NHS, Wolff-Parkinson-White (WPW) syndrome is a condition you’re born with which results in extra electrical connections in the heart. Sometimes the person with this condition won’t have any symptoms, while others will have periods of abnormally fast heartbeats.

When I first started getting chest pains, it came out of nowhere. I had decided one day to try and get back into shape during Spring, and started to workout in my room. Within minutes of attempting to exercise, I got this sharp stabbing pain that wouldn’t go away, even though I’d stopped working out.

This chest pain lasted for about two weeks, but wasn’t constant at this stage. By the time two weeks came about, I made an appointment to see my GP and they referred me to get an ECG done. When I had my first ECG, the chest pains still weren’t constant yet, but I was finding it extremely difficult to cope day-to-day.

My first ECG showed I had supraventricular tachycardia, but it would be a very long time before they would start me on any medication to control it. During the time between my first diagnosis and starting on my beta blocker, I had several other tests. The problem was, while I was waiting I with living with the daily feeling like someone was kicking the inside of my ribs with every heartbeat. As you can probably guess, that not only made it difficult to sleep, but the slightest amount of stress or anxiety would make me bed bound.

Once I started on beta blockers, everything got better and I rarely got chest pains. The weird thing was, after about five years on the beta blocker, when I get another ECG as part of another test (which I stopped taking me medication for), my supraventricular tachycardia had changed to inappropriate sinus tachycardia. Instead of feeling like someone was trying to kick their way out of my rib cage, I just had random heart arrhythmias. The slightest bit of movement would trigger a rapid heartbeat.

I still get some chest pains, but now it seems my heart is fully committed to the problem being inappropriate sinus tachycardia rather than the debilitating supraventricular tachycardia I had for over a year.

As part of the investigation into my tachycardia symptoms, I went through a lot of stress and exercise tests and had my heart imaged a few times to check for abnormality. One such test was my tilt table test. These were done to see which of the above types of tachycardia better fit my symptoms. Fortunately, the tests showed that structurally my heart is fine, so it appears to be an issue with my autonomic nervous system sending incorrect signals to my heart. But whatever the reason, the beta blocker I’m taking is managing my tachycardia symptoms.

The one major issue I’m stuck with is how tachycardia symptoms appear to be causing me to have exercise intolerance. When I try to exercise, within minutes I get dizzy and my balance goes. If this escalates, my muscles go weak and I have a few minutes before I lose the ability to move. When this happens, it takes me about 40 minutes to recover. But here’s the annoying part: this could also be caused by my reactive hypoglycaemia or a combination of the two.

Because of this, I got a heart rate monitor, downloaded Bearable, and with my glucose monitor, proceed track my symptoms to gather some data. I passed the data on to my specialist cardiologist and some of my other doctors, but we still don’t have any answers. Because of this, I’ve got yet more scans and tests to do some nine years after my first arrhythmia symptoms appeared.

Annoyingly, at every step in investigating my tachycardia symptoms, every medical professional kept trying to pass it off as a mental health issue. No matter how many times I had to explain that it wasn’t, what triggers the onset of symptoms, and how my anxiety has never caused tachycardia symptoms since my anxiety disorders started around 1999 or when they got cemented with psychosis in the next couple of years, no one would believe me.

Also, if your tachycardia symptoms are anything like mine, then they may change over time, so it can be a good idea to get your ECGs done every few years.

As always, leave your feedback in the comments section below. Also, please share your experiences of tachycardia symptoms, heart arrhythmias, and ECGs in the comments section below as well. Don’t forget, if you want to stay up-to-date with my blog, then sign up for my newsletter below. Alternatively, get push notifications for new articles by clicking the red bell icon in the bottom right corner.

Click here to check out the Arrhythmia Alliance’s heart rhythm checklists, which can help you gather the data needed to discuss your symptoms with your GP, doctor, or specialist.

42 thoughts on “Tachycardia Symptoms And The Different Heart Arrhythmias”