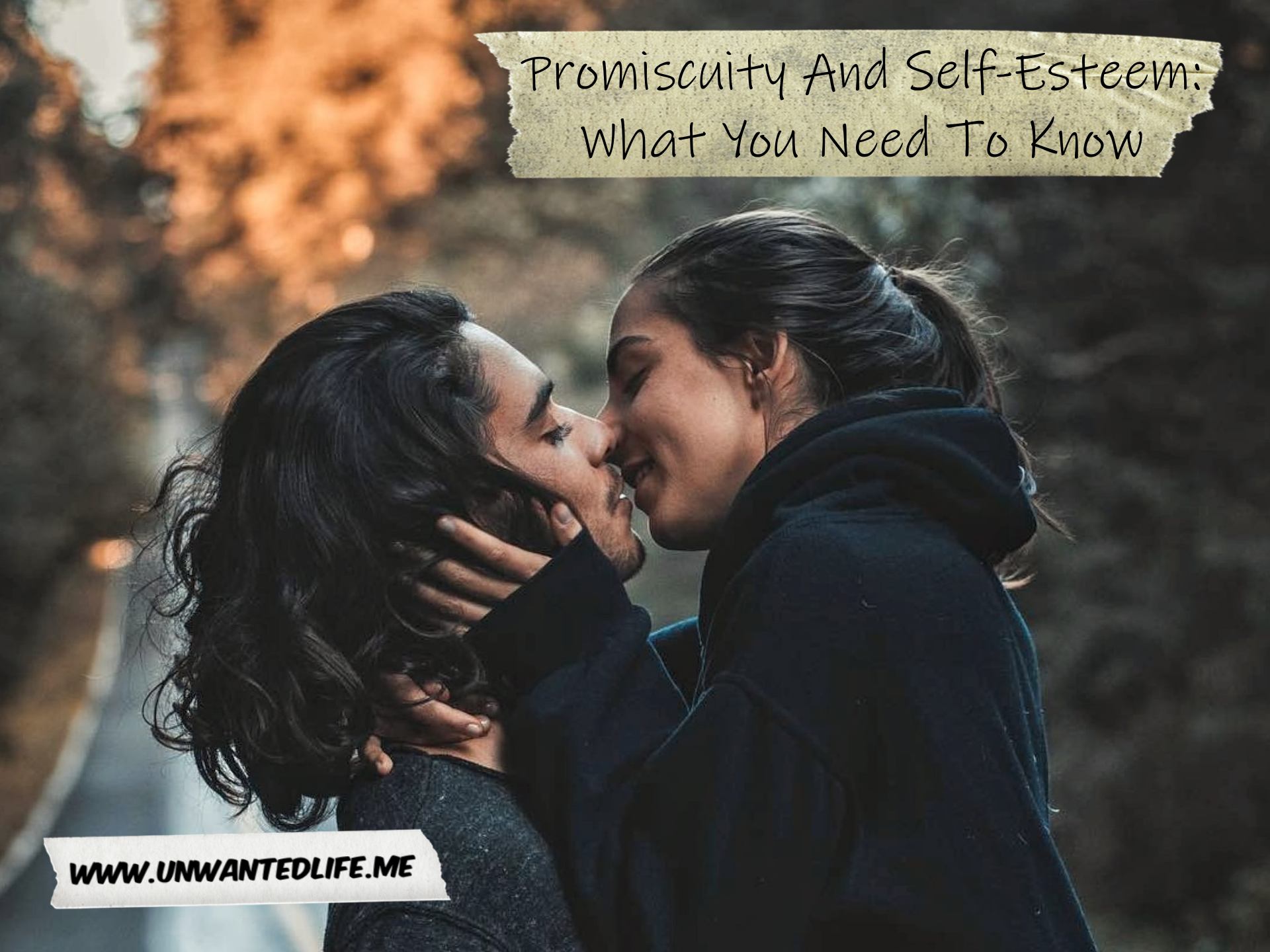 There’s often a misconception about people who have issues with promiscuity. That they’re people who are full of themselves and don’t care about other people. More often than not, however, the person who’s being promiscuous is the exact opposite, although they might not even be aware of the reason themselves.

Most people wouldn’t make the connection between promiscuity and poor self-esteem, let alone between the imposter syndrome and promiscuity, but there is a link there. For a lot of people, they act like the life and soul of the party, not because they have healthy self-esteem, but because they have low self-esteem. I know it sounds counterintuitive. Think fake it to you make it, although it’s more fake it to you feel it.

Some people have something inside themselves that they’re trying to fill, and in doing some, people will act in a way that they think will get that drive, met. This can result in people partying all the time, doing drink and drugs, and/or being promiscuous. However, promiscuity can become sex addiction if it’s allowed to run rampant. Although people engage in these behaviours to get some deep need fulfilled, it never is, because external validation like this is a void that can never really be filled.

Don’t get me wrong, there is nothing wrong with sex or having a lot of partners. But if you’re only acting like this because of self-esteem issues, then it may be time to work on getting your needs met through internal validation instead.

This form of low self-esteem issue has been coined the “Sex God(dess) Impostor” (By Lisa Haisha, Huffpost). A person with this version of imposter syndrome’ goal isn’t just sex per se, it’s what they hope to get from it. They engage in sex acts in the hopes that it’ll bolster their self-esteem, confidence, and self-image. And, for a while, it will, but it’ll never be enough, and it’ll never last long enough. It’ll be an itch that never goes away, no matter how many times they scratch it. Because of this, it just creates a vicious cycle, which can make their self-esteem worse in the long run if nothing changes.

One of the symptoms of borderline personality disorder (BPD) is impulse control issues (NHS; and Berlin, Rolls, and Iversen, 2005), and because of that, an increase in risk-taking behaviour (Schuermann, Kathmann, Stiglmayr, Renneberg, and Endrass, 2011). Due to these BPD traits, people with BPD, like me, are susceptible to addiction, be it alcohol, drugs, gambling, or sex.

A study by Sansone and Wiederman (2009) sort to examine the relationship between BPD and promiscuity. The study composed of 972 participants who were assessed based on two types of sexual impulsivity. The two types were (1) having sex with people who the participants hardly knew (traditional causal sex or having sex on impulse) and (2) promiscuity (having a lot of sexual partners). The study found that those with BPD, when compared to those without it, had a higher prevalence of both types of sexual impulsivity (multiple sexual partners and casual sexual relationships). The prevalence of BPD was at least double the rate of those without BPD.

These findings on BPD and sexual impulsivity and promiscuity are supported by Sansone and Sansone (2011). Performing a review of existing empirical literature on this topic, they found that when people with BPD were compared to those without, that people with BPD were found to greater sexual impulsivity. This included preoccupation with sex, early sexual exposure, more causal sexual relationships, numerous sexual partners, homosexual experiences, and promiscuity. Unfortunately, this also puts people with the BPD trait at risk of being raped (including coercion) and sexually transmitted diseases.

On the plus side, there doesn’t appear to be a connection between impulsivity and poor self-esteem with cybersex addiction, at least not according to Varfi et al. (2019). According to this study, performed on 145 participants using a web-based survey, addiction to cybersex is a result of sexual desire, depressive mood, and avoidant attachment. Thus, cybersex isn’t likely to help someone with BPD to get what they need from such behaviours, nor for people with low self-esteem. So that’s something at least, I guess.

My Problems With Promiscuity

You may not know this about me, but I used to have a problem with promiscuity. My self-esteem, attachment problems, and BPD were so bad that it created a perfect storm that would lead would even lead me to cheat. I had a desperate need for external validation that caused me to be a people-pleaser. However, this need also extended to my need to be wanted and to be desired. A need that could never be satisfied. Weirdly, in a lot of ways, it was the validation from this that kept me from killing myself, that and drugs, but at the same time I hated that about myself.

Pulling, sex, kissing, and all of that kind of stuff severed one purpose, to make me feel wanted, because I always felt unwanted. The relentless racist abuse from my childhood really screwed me up. To this day, I don’t think I’m capable of feeling love, not like everyone else does at least.

For my later teen years and early twenties, the only thing that mattered was getting this external validation, because it helped keep the despair at bay. And if I needed to, I would cheat to get it. Picking up or sleeping with a lot of people wasn’t because of some macho need to spread my seed and put notches on a bedpost, but because I was desperate to feel that someone wanted me. It would seem that I fit the Sex God(dess) Impostor quite well.

Being told I’m ugly and being made the black sheep in every situation took its toll. My need for acceptance led me down a messed up path. But for me, my self-esteem was utterly destroyed before I started acting like I did. I know that without question. There’s a direct cause-and-effect link between my self-esteem and my promiscuity.

Unfortunately, I can only get that feeling of being wanted by someone who has no reason to lie to me. Friends, family, and partners will all tell you little white lies to make you feel better. But a stranger has no reason to tell you such white lies. Because of that, I could only get my external validation from people who I had no relationship ties to. 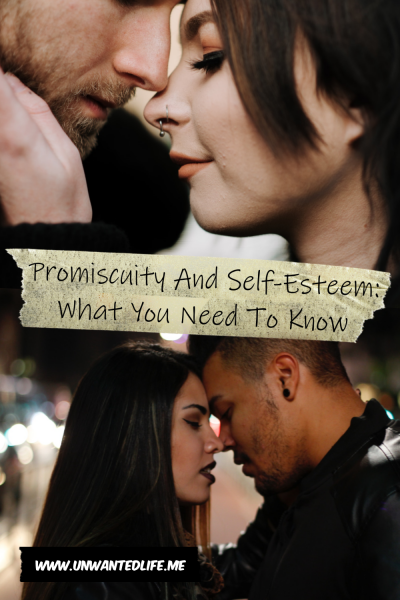 One of the big problems with my BPD and my attachment issues is that at around the two and a half month mark of a relationship, all feelings of lust and love are replaced with a repulsion when they touch me. From that point on, I can’t stand them touching me and I fixate on their flaws, no matter how random they are. In one relationship, my partner had bad morning breath once, and that’s all I could think about. And I mean, I properly fixated on it. These extreme changes in feelings were so bad that I would have to end the relationship to make it stop, and then everything would go back to normal.

The vast majority of my relationships never made it past three months because of this swift and catastrophic change in my feels, of which I’ve never been able to change. Because of this, I just avoided relationships all together because I didn’t want to keep hurting people. What was the point of being in a relationship if you knew it would always end the same way? I hated hurting people for no reason. Because I couldn’t fix what was wrong with me, this was the only option available to me.

This was a solution to two problems. I wouldn’t hurt people by breaking up with them, and I couldn’t cheat on anyone if I wasn’t in a relationship.

Weirdly, I was very aware from early on what the underlying reason was for my promiscuity, but I couldn’t for the life of me resolve that underlying reason. I still have huge issues with attachments, love, and the extreme flips on my romantic feelings. I sort help for this issue, but instead of getting help with this specific issue, I just got shoved into group BPD therapy, which didn’t help.

If your promiscuity is linked to your BPD, then seeking professional help would be the best option. It can be hard to overcome impulsivity and recklessness. I only managed to overcome mine by severing my ties to other people, which stabilised my emotions, but let me with other issues. That was the result of not getting the support I needed and having to find my own way.

However, if your promiscuity is linked to your self-esteem, then working on your self-esteem issues and looking for ways to feel satisfied with internal validation would be useful. Check out my article on self-esteem for more information on how you can create a healthy self-esteem by clicking here.

As always, leave your feedback in the comments section below. Also, please share your experiences of promiscuity, sex addiction, cheating, and poor self-esteem in the comments section below as well. Don’t forget to bookmark my site and if you want to stay up-to-date with my blog, then sign up for my newsletter below. Alternatively, get push notifications for new articles by clicking the red bell icon in the bottom right corner.

40 thoughts on “Promiscuity And Self-Esteem: What You Need To Know”