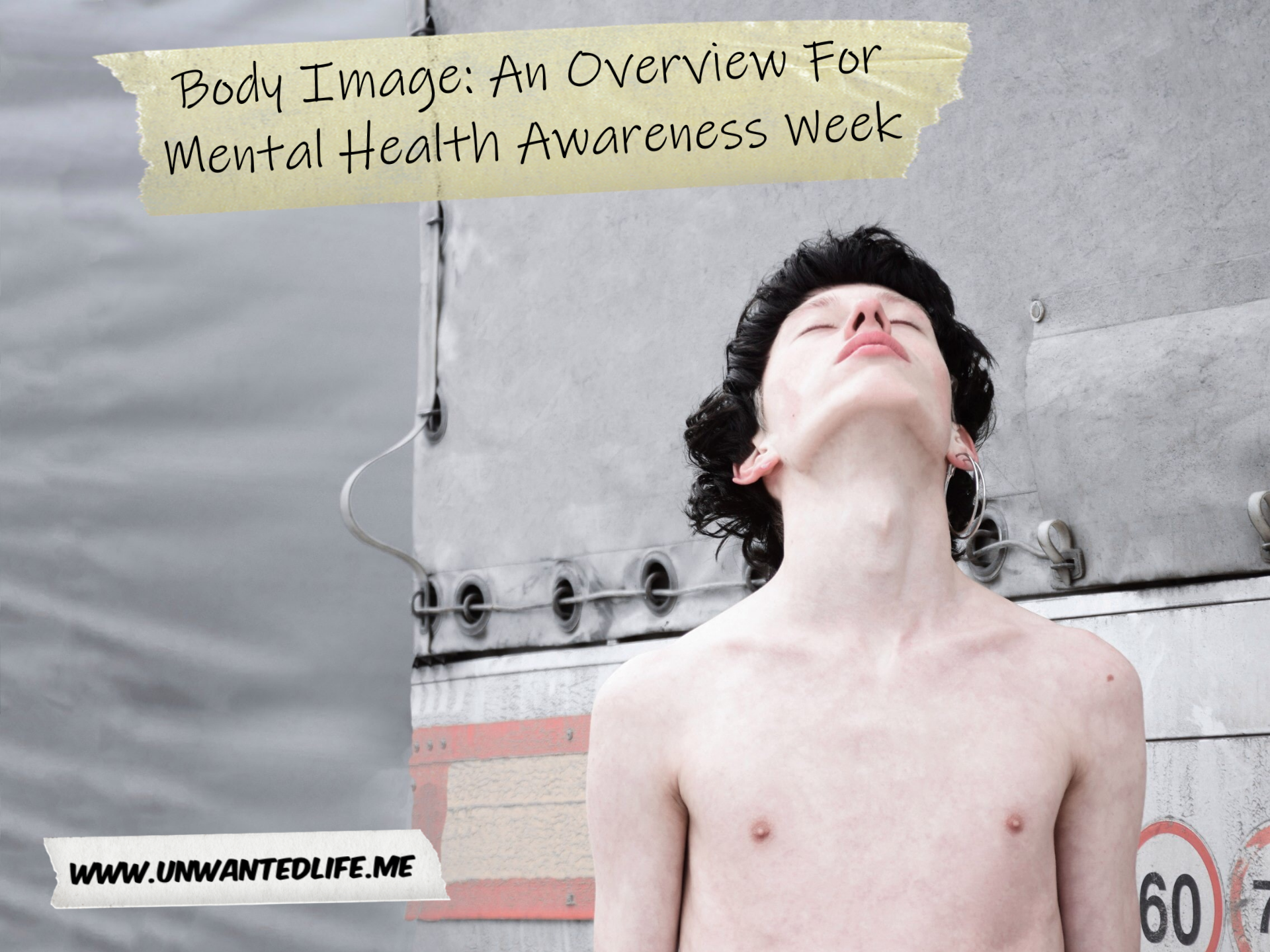 In honour of #MentalHealthAwarenessWeek, I thought I’d put together a post about this years topic as selected by the Mental Health Foundation: body image. Hopefully, this post will help people fully appreciate how much body image can play a role in our mental wellbeing.

If you’ve read my previous article about My Relationship With Food, you’ll understand how I’ve struggled with an eating disorder and body image problems (largely due to racism – Suicidal Child). How we think and feel about our bodies can have a lasting impact on both our physical and mental health. Often our views on our body image develop in childhood, which then goes on to shape the rest of our lives. Thus, we all need to learn how to #BeBodyKind in order to live happier lives.

To put this problem into perspective, let’s take a look at some of the statistics. According to Park Nicollet Melrose Center, as much as 80% of women and 34% of men are unhappy with their bodies and how they look in the US. Furthermore, over 50% of people from the US aren’t happy with the weight, and 70% of women who are of average weight wished they were thinner.

The National Citizens Service (as cited by Cordell Health) discovered that 27% of teens cared about their appearance more than their physical health. Such views would explain why people are willing to engage in behaviours that are dangerous to their health in an attempt to “look better”

According to the Mental Health Foundation, they found that 30% of adults have found themselves unable to cope due to the stress caused by their appearance and body image. That equates to almost a 1 in 3 people. The fact that almost 1 in 3 people are being overwhelmed with stress about how they look is alarming. It also further highlights just how serious a problem this is for society.

I know I’ve always had problems with my body image, range from my arms being too skinny, my ribs sticking out too much, my ankles being too skinny, my feet too long and thin, etc. It’s just a never-ending headache of worries about how I look. Causing issues with my anxiety disorders (The Weirdness Of My Anxiety Disorders) and even leading me to try doing stupid extreme diets that just set me up to fail (Dieting To Misery: Being Overweight).

So where does this pressure come from? It comes from family, friends, and peers, often indirectly rather than directly. By that, I mean that a parent could talk about how overweight they are in a very negative way, which will then teach their children that being overweight is a really bad thing.

Our societal norms are also influenced by how the media represents body image. Magazines, especially ones aimed at young women, tend to devote a lot of their content to appearance. Park Nicollet Melrose Center found that magazines aimed at women had almost 10 times the content on dieting and weight loss than their male equivalents. 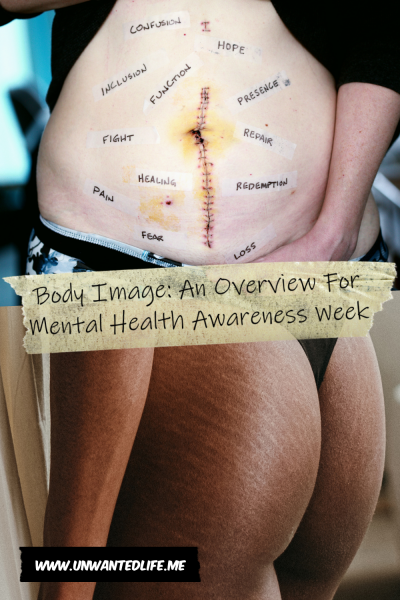 Oddly, body image campaigns only really address women of all sizes to sell products, whilst the male representation still seems to be focusing on muscular perfection. Just goes to show the stigma around male body issues still isn’t being taken as seriously, when it comes to trying to get us to buy their products.

More often than not, TV shows, advertising, and films all revolve around thin or muscular and healthy-looking people. Everywhere you look or go, you’ll be greeted by images of people with perfectly formed bodies because sex sells. The problem is, it’s not good for us to be constantly assaulted with these impossible representations of what we should look like or aspire to be.

What highlights this the most for me is a study done in Fiji. In 1994 Fiji got its first permanent commercial TV broadcasting network. Due to this, it allowed researchers to conduct studies into the impact of introducing TV to a TV naive society. Prior to the introduction of television to the nation, a larger robust body image was the accepted norm.

This is why body image is an important area to be concerned about.  Additionally, when your body image starts to affect your ability to do the normal things you use to do, or when you become fixated with your appearance, you could have a body dysmorphic disorder.

According to the National Eating Disorders Association, this is because a negative body image involves a distorted perception of how we look. This can cause anxiety, shame, and low self-esteem. Thus, people who are dissatisfied with their bodies and feel they’re somehow flawed when compared to others, are at greater risk of feeling depressed, isolating themselves, and developing an eating disorder.

An eating disorder is when a person develops an unhealthy relationship with food. This can mean the person either eats too much, too little, or become all consumed by their body shape and weight. Thus, the resulting unhealthy attitude to food can then take over their lives and even make them seriously ill: in extreme cases, people have died because of their eating disorder.

Information collected from the Dove Self-Esteem Project found that 9 out of 10 (87%) women will avoid, or stop themselves, eating. I’m guilty of this behaviour myself (Did Poor Mental Health Cause My Unhealthy Relationship With Food?).

Shockingly, by the age of 17, a whopping 89% of girls have tried dieting, and if that wasn’t bad enough, 51% of girls aged 9-10 state they feel better about themselves when they are dieting (The Body Image Therapy Center). It’s disturbing to learn that girls of such a young age are already taking steps to conform to the idea that skinny is best when it’s not.

Furthermore, 81% of 10-year-olds are scared of being fat, so it’s not so surprising that 9% of nine-year-olds have vomited to lose weight (The Body Image Therapy Center). Children shouldn’t be worrying about their weight and instead should be enjoying being a child before their childhood is over. This makes installing good positive body image messages in our children really important.

This matters because the rate of death for women with an eating disorder is 12 times higher than their female peers. About 1,000 women die each year from malnutrition, heart attacks, and suicide due to their eating disorder (The Body Image Therapy Center).

But it’s not just the damage it can cause to our health that matters, it’s also how it impacts our everyday lives. The Dove Self-Esteem Project also found that 7 in 10 girls wouldn’t be assertive in the opinions or stick by their decisions if they have low body esteem and were unhappy with the way they looked. Girls shouldn’t believe their opinions don’t matter because they don’t fit societies definition of a good body, nor are their decisions any less valid because of it.

But it’s not just women that are affected by eating disorders. If you’ve read my previous article you’ll already be aware of some of the male eating disorder statistics. One of the statistics in that article came from an article called “One Man’s Battle with Bulimia” which stated that eating disorders are typically viewed as a female condition, yet up to 25% of sufferers are male (Men’s Health). 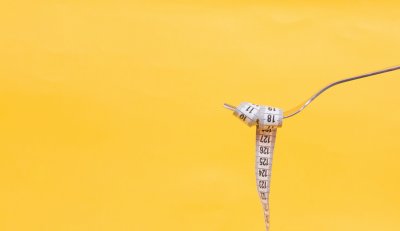 Lastly, 69% of women and 65% of girls claim pressure from the media and advertisements portrayals of unrealistic beauty standards causes them to develop anxiety about their body image – Dove Self-Esteem Project.

In the past, body image concerns were deemed to only be a female problem. However, if you look at the messages being projected in our media and by society today you can clearly see the example of unrealistic body image standards for boys/men (Eating Disorder Hope). This is due to the special set of pressures to be masculine, which leads us to muscle dysmorphia.

Unlike other body image disorders which tend to affect women more than men, muscle dysmorphia tends to affect more men than women.

Some of the common concerns among straight men are their body weight, penis size, height, and to a lesser extent on muscularity, head hair, and body hair. Thus, men feel they have to be muscular and lean, have a big penis, have their own full head of hair, be tall, and remove their body hair.

Because of this, muscle dysmorphia (or bigorexia, if you will) is an anxiety disorder that causes a person (more often men) to see themselves as small, despite being big and muscular (BBC Newsbeat). This is important because just like other body image disorders, it can lead to depression, anxiety, suicidal behaviour, as well as addiction (steroids).

One of the biggest dangers of this disorder in men, as reported by The Guardian, is the increase in anabolic steroid use. Reporting on The Home Office’s crime survey, The Guardian noted that there was an increase in 16-24 year olds using the drug, equating to an additional 19,000 young men. 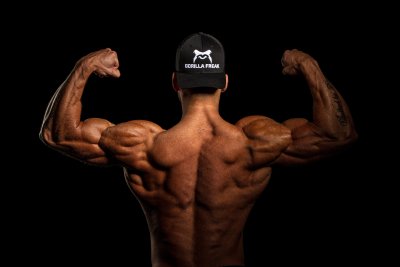 Unfortunately, digging up statistics on this disorder is no easy task. Muscle dysmorphia is still an underreported condition.

However, Mirror Mirror (unfortunately the web page no longer exists) has stated on their site that between 50-100% of men with muscle dysmorphia report steroid abuse, according to some studies. Which, if true, would support what The Guardian reported about The Home Office’s crime survey.

Mirror Mirror (unfortunately the web page no longer exists) goes on to claim that the potential rates of male muscle dysmorphia could be similar to that of anorexia in women. If true, that would equate to millions of men suffering from muscle dysmorphia. This would be a staggering figure if it could be proven to be true. However, as of yet, such claims haven’t been proven, largely due to the difficulty of finding people seeking help for the disorder.

After reading these signs about muscle dysmorphia, you might have suddenly realised that you might know someone who could suffer from this. You might not have realised before because such people are considered to be healthy. Eating right and exercise are what we’re all told to do in order to be healthy, so it wouldn’t cross our minds that some people are taking this to an extremely unhealthy level. But people do, and they also need help just like any other body image disorder.

As with other body image disorders, the media also plays its part in the development of this condition. The constant presentation of extremely muscular well-groomed men is having the same impact on men as the “beach body ready” stuff women are subjected to. As such, there needs to be a movement that targets men that pushes for body positivity, just like you see happening within the media when aiming at women. Where’s the Dove style campaigns of men of different body shapes and sizes marketing male products?

What can be done to try and avoid developing a body image disorder? Well, hopefully, some of the following suggestions will be useful in this regards:

Lastly, if you’re already suffering from a body image problem then seek professional help, reach out to support groups, and constant support services

Let me know in the comments section below what you thought of my body image article for Mental Health Awareness Week. Have any of you suffered from, or are suffering from, a body image disorder? If you’re ok with sharing, then let us know in the comments section below as well. If you want to stay up-to-date with my blog, then sign up for my newsletter below. Alternatively, get push notifications of new articles by clicking the red bell icon in the bottom right corner.