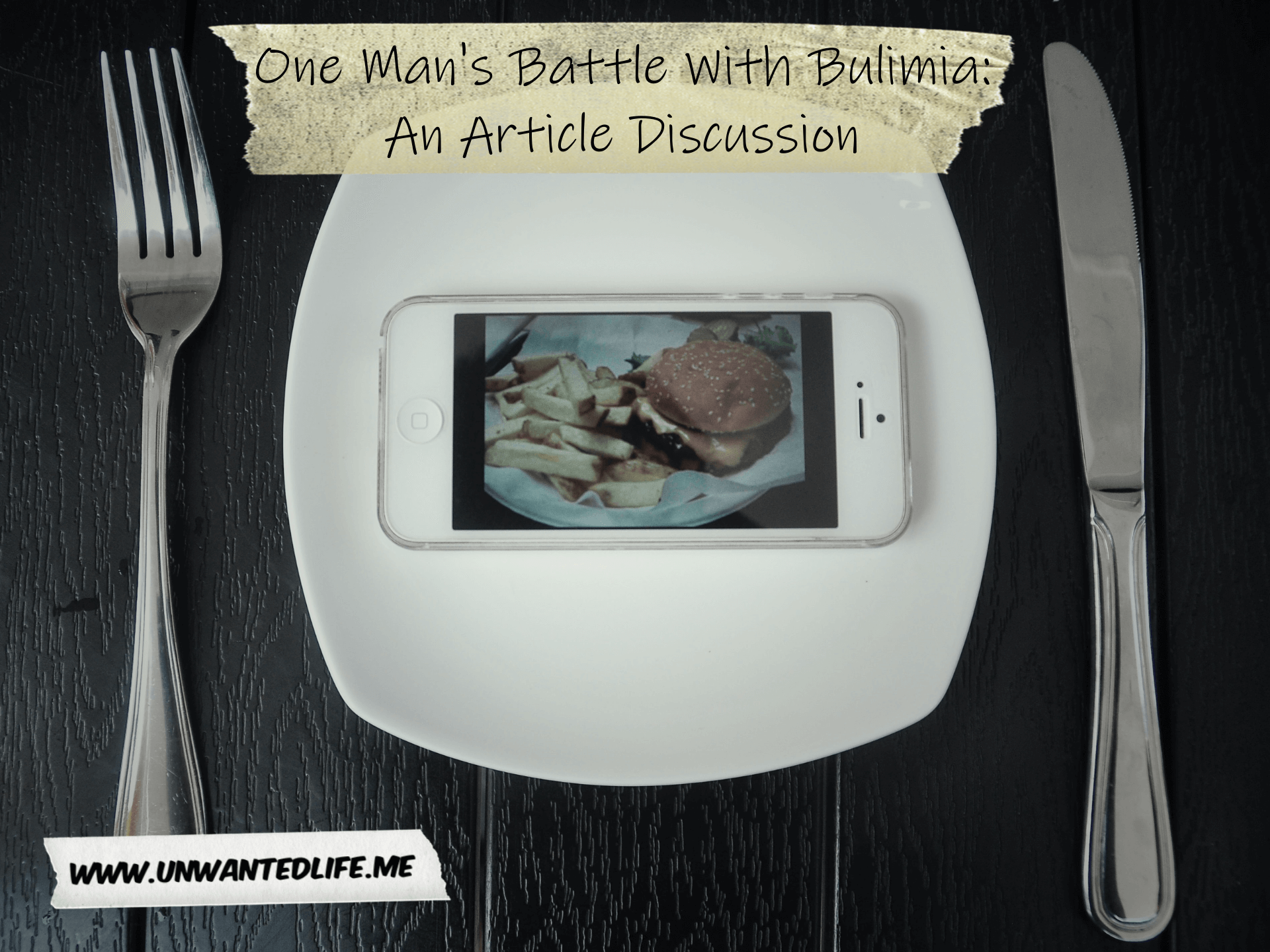 I happened upon this article by sheer chance as it appeared in my Facebook newsfeed: Men’s Health and magazines like it aren’t the kinds of publications that I would normally read. However, this particular article struck a chord with me. So I’m glad they decided to run it because it’s a very good article, tackling the long-ignored subject of male eating disorders (in this case bulimia). The article (One Man’s Battle with Bulimia) gives an interesting insight into the frequency of eating disorders in men.

Contents show
What Is Bulimia?
Article: One Man’s Battle with Bulimia
My Thoughts
Support
References

According to the NHS, people with bulimia can go through cycles of binge eating a lot of food in a short space of time, then making themselves sick, use laxatives, exercise excessively, or a combination of these to stop themselves gaining weight. However, Beat goes on to add another step sufferers can take to control their weight after bingeing, and that’s to starve (fasting) themselves.

Article: One Man’s Battle with Bulimia

The article offers a case study style insight into what it’s like being a male sufferer of an eating disorder, discussing Magson’s five-year battle with bulimia, laying out how the behaviour of being sick became routine and how his struggle with his identity and sexuality played its part in developing the disorder.

Magson wasn’t able to get support for his bulimia when he tried to seek out support because those that could have helped him held outdated views on eating disorders: men don’t have eating disorders. His courage to reach out for help was swatted away.

Eating disorders are pigeonholed as a female issue. And yet up to 25 per cent of sufferers are male, according to the UK’s leading eating disorders charity, B-EAT.

Because eating disorders like bulimia were, and still are, to a lot of people, considered to be a female condition. The guilt, shame, and low self-esteem that comes with bulimia can be more intense for men (Gürze – Salucore: Eating Disorders Resource Catalogue). Due to this, it can be harder for men to reach out for help in the first place, let alone getting help when they do look for support.

One of the main ways men can develop bulimia can be due to athletic interests, such as bodybuilding and boxing. These kinds of sporting endeavours use bulimia to maintain or lose weight to get into certain weight classes or to reduce body fat to make their muscles look shredded. However, any behaviours you engage in frequently can easily become an established behaviour akin to being addicted to doing it.

This issue with male bodybuilders and bulimia was captured in a study by Goldfield, Blouin, and Woodside (2006). The studies participants were recreational and competitive bodybuilders who were asked to complete questionnaires that would investigate eating attitudes and behaviour, weight loss practices, and general psychological characteristics. The questionnaires also sort to investigate the prevalence of past and current use of anabolic-androgenic steroid use and attitudes toward steroid use.

Of the 74 participants in the study performed by Goldfield, Blouin, and Woodside (2006), the results found that 8% of recreational male bodybuilders met criteria for bulimia at some point in their lifetime, whereas it was 30% for male competitive bodybuilders. Across both groups of male bodybuilders, the study found the men had high rates of weight and shape preoccupation and extreme body modification practices.

Luckily for Magson, he eventually took another chance at getting help for his bulimia, this time reaching out to an eating disorders charity who didn’t dismiss him for simply for being male. The support they gave him helped him address his issues and make a lot of positive changes.

The doctor said I was a boy and therefore didn’t have an eating disorder; it was just stress-related

If you’re not in the mood to read any more articles today, then you could try to check out the BBC Three documentary on which the article is based on The Naked Truth. 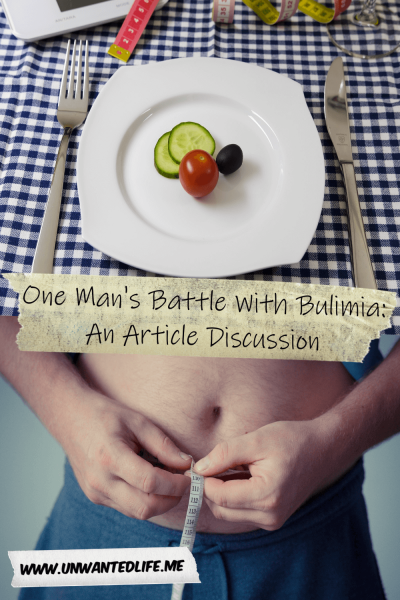 The article reminds me of my own issues with food, which has inspired me to want to write about my own eating disorder. Hopefully, in turn, this will further encourage the people reading my blog to do the same, get people to talk about their eating disorders, and if you are suffering from an eating disorder, to reach out for support, whatever your gender identity is.

So keep an eye out for my detailed article about my turbulent relationship with eating: Did Poor Mental Health Cause My Unhealthy Relationship With Food?.

12 thoughts on “One Man’s Battle With Bulimia: An Article Discussion”