After my horrific experience with my Mental Health Trust in regards to my medication (Taking Antidepressants And Being Forced To Go Cold Turkey), I was eventually, many years later, given my first talking therapy. This my first proper experience with one-to-one therapy as a client.

What Is Schema Therapy?

Schema Therapy was designed to address deeper level maladaptive schematic beliefs and interpersonal patterns that haven’t responded to other first-line therapeutic approaches (The British Psychological Society). Which makes it strange that schema therapy was the first spoken therapy I was offered and had done, although I was told it was going to be cognitive behaviour therapy (CBT).

A schematic belief is beliefs we hold that are often shaped by our childhood experience but are about ourselves, the world, and other people (Noone et al., 2015). For example, if you had a childhood like I did where everyone made you feel unwanted, that you’re useless and ugly, then you run the risk of these thoughts becoming your schematic belief about yourself.

I only realised once we started therapy and started talking about schemas that it wasn’t, in fact, CBT I was having, which was quite the surprise: not the best way to find out.

During this therapy, I opened up about the one aspect of my anxiety disorders that I rarely share with anyone (The Weird Behaviour Of My Anxiety Disorders), because of the embarrassment and shame it causes me (the fear of losing the control of my bladder and bowels). Anything else about my past and my problems I’m willing to tell anyone and everyone who’s willing to listen. But this one thing I don’t. The fear of incontinence is not something someone of my age, at the time or now, should be worried about, especially when I’ve never actually experienced it happening.

Because of this, the therapist suggested we try triggering a psychotic episode during one of the sessions. I agreed to do this if we could change our appointment times because I didn’t want to deal with the full force of a psychotic episode whilst using rush hour public transport to get home.

Thus my appointment time was changed to midday so that we could cause my anxiety disorders to trigger psychotic episodes in the sessions. However, even though this was the plan, we never actually followed through on it. Which was very disappointing.

Nor did we do anything else that would have helped with my anxiety disorders, like graded exposure work. This was why I wanted to do CBT in the first place, to get out of my comfort zone. We just kept talking about my schemas and took no action to attempt to change anything.

We talked about other stuff as well. We completely opened the can of worms that was all my problems. Accept, this never led to anything, no attempt to work out solutions through self-actualisation or interventions, nothing. The can of worms was just left open.

What made matters worse, about three-quarters of the way into the year-long therapy sessions, I started to suffer from heart problems (I was first diagnosed with supraventricular-tachycardia and then inappropriate sinus tachycardia, as my heart problem changed once I started taking medication for it). Because it was going to be another year or so before I was put on medication for my heart problem, I was really struggling day-to-day and was constantly in pain.

If that wasn’t enough, it was also the same time when I was trying to help an old friend: helping them escape domestic abuse after having their sternum broken. They were also struggling with heroin addiction, which I managed to help them get off, only to realise they were also an alcoholic and an abusive alcoholic at that.

I hadn’t realised they were an alcoholic until I said they could stay with me whilst they sorted themselves out. I also agreed to help them find a place to live and find work, so they could get their life back on track.

The stress of dealing with all this and my newly emerging heart problems made my life miserable. I was having to call in sick for work because I couldn’t sleep and I couldn’t move because the stress had caused my chest pains to be so bad that it felt like I was being kicked in the rib cage constantly 24/7. It really didn’t help that the person I was trying to support was being an abusive drunk.

Therapy Coming To A Close

All the issues with my physical health and trying to help my friend, all took place during the latter months of the year’s worth of therapy sessions I’d been given. Even though I brought all of this up during these sessions, they still planned to end the therapy at that one year mark. This is in spite of the fact that in those last few months, I’d been deteriorating rapidly and was in extreme desperation for support.

I was far far worse than before I started the therapy, not just because my physical health and my personal situation had gone down the toilet, but because the therapist hand opened the can of worms on my mental health and done nothing with it, not even closing the can they opened.

There was no attempt to offer me the support I needed and I wasn’t added to a new waiting list for therapy either. All I got was a sheet of paper with some hotline numbers in case I considered suicide.

I ended up having to quit work for the mental health charity a week after the therapy ended, and I’d go on to quit working for the substance abuse charity later that year. I just couldn’t cope due to my heart condition massively affecting every aspect of my life. Nor could I handle how my mental health problems made my heart problem far worse, and vice versa. No one was interested in helping me at the Mental Health Trust.

My Takeaway From My Schema Therapy Experience

The only takeaway from the schema therapy was that I had schemas that were contradictory to each other, that was it.

It wasn’t all the therapists’ fault, I had terrible time management skills at the time because of the difficulties I had with leaving my home. I couldn’t leave my place unless I left it last minute. This would give me the extra push I needed to go outside due to the onslaught of intrusive thoughts caused by my anxiety disorders (for more information on that, see my previous article by clicking here).

The point of this post is that Mental Health Trust’s need to be flexible in the help they offer. Clients are individuals, where their conditions will manifest differently and will present with multiple problems that need to be factored in. Furthermore, events in their personal lives will change the treatment and care they’ll need, and the Trust’s should be willing, and able to, adapt to these changes.

They also need to offer the right and continued support their clients need, that I, needed. Instead, I felt ignored and abandoned in a time of great need, where the stress and anxiety of the situation I was in was leaving me bedbound, in agonising and constant pain, too dizzy to stand, no sense of balance, blurred vision, and a constant feeling like I was going to vomit. 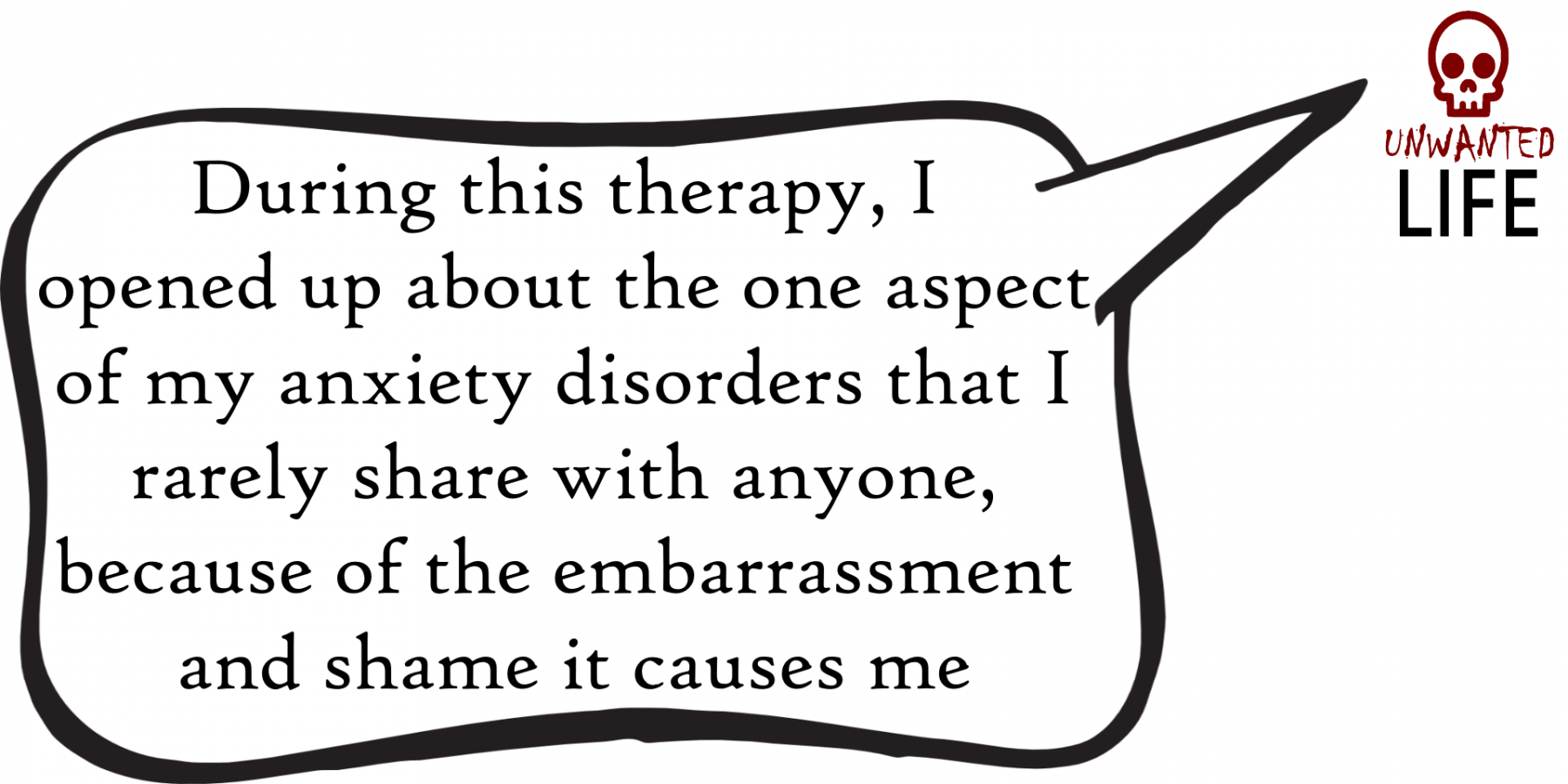 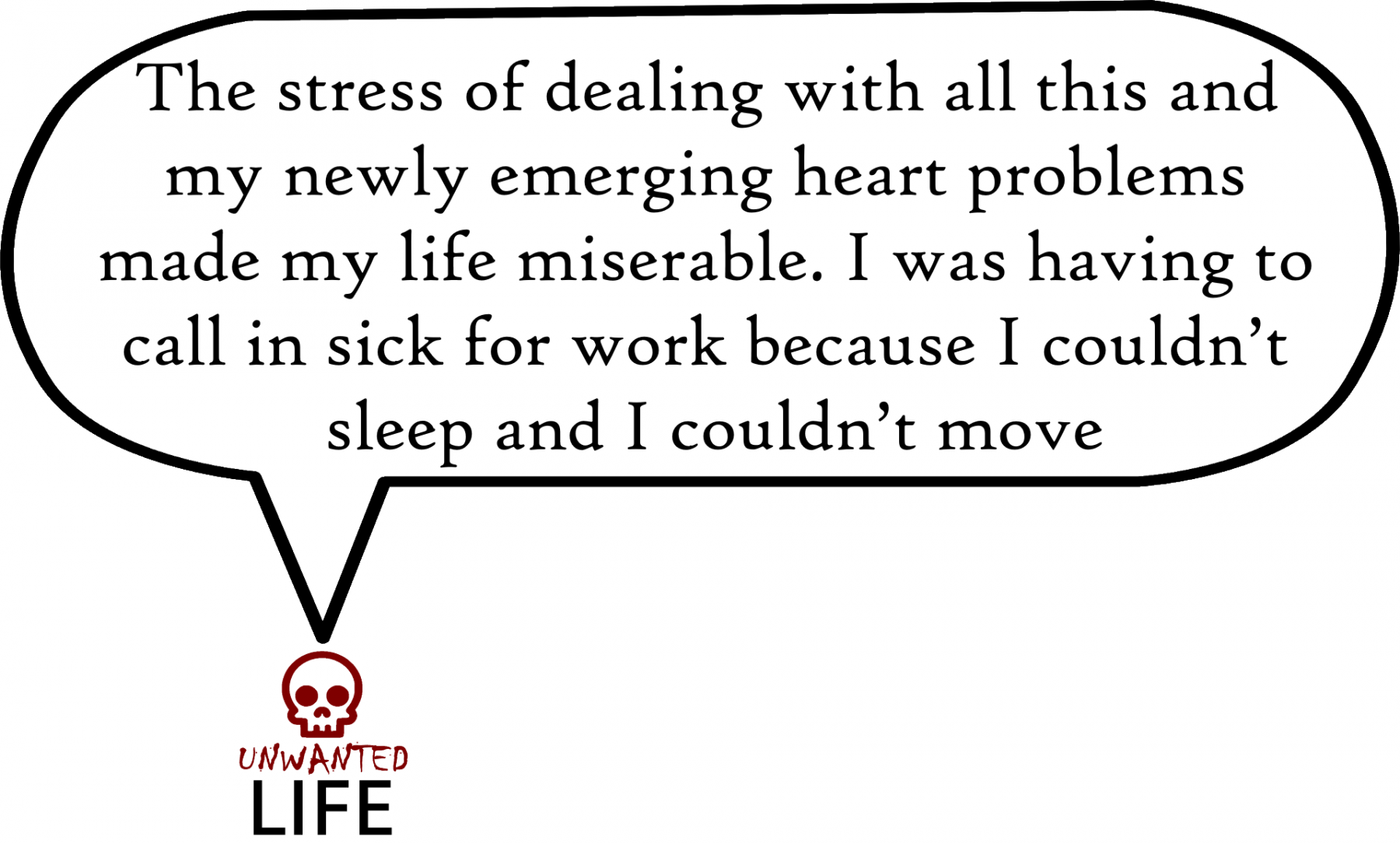 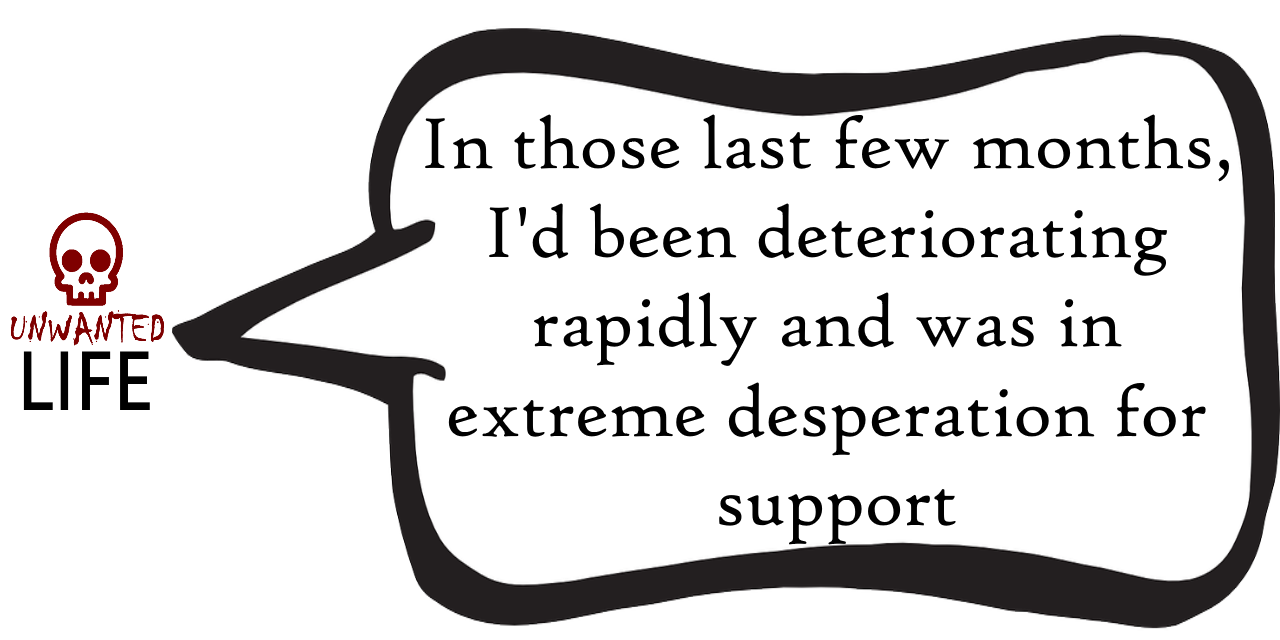 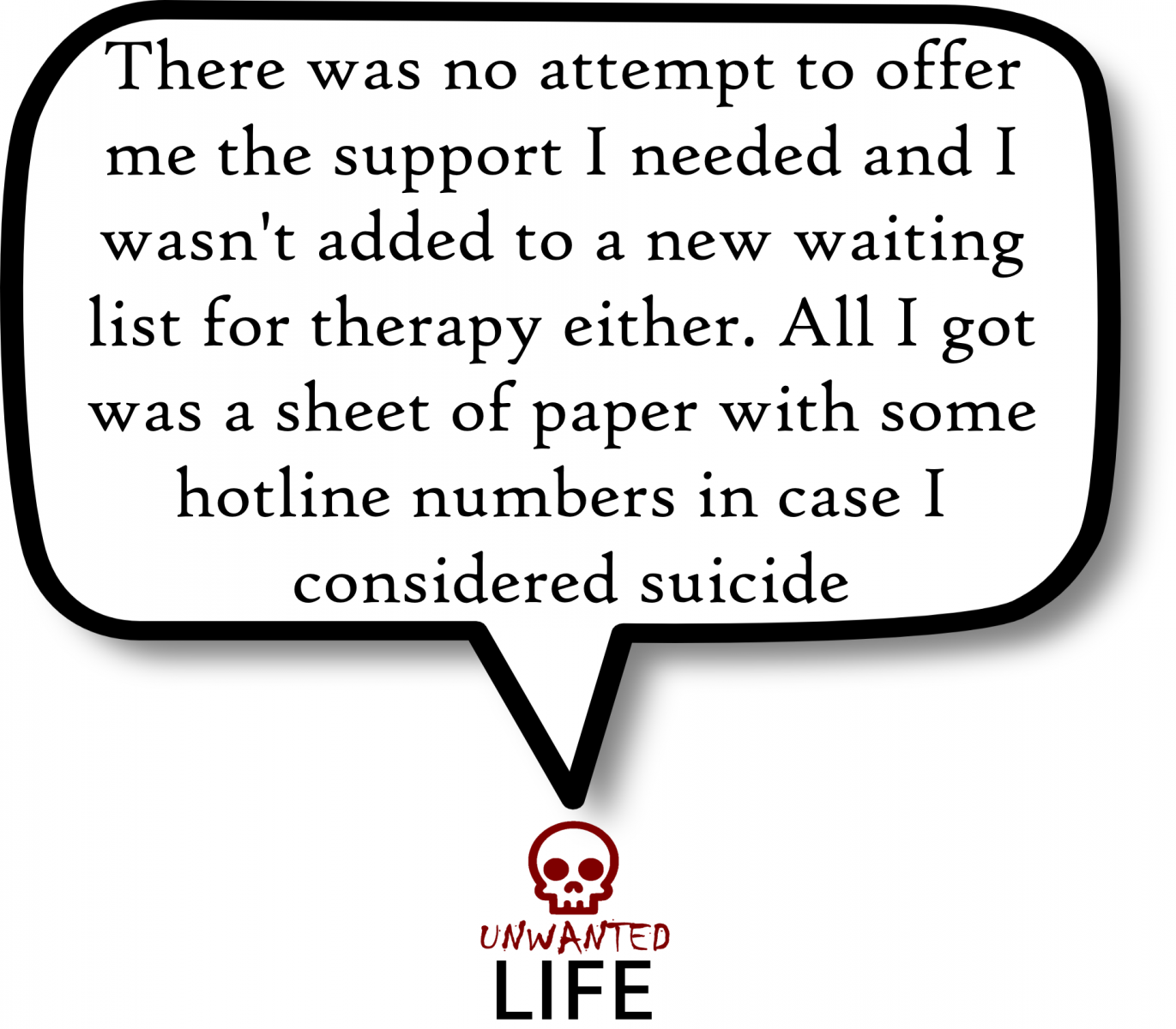 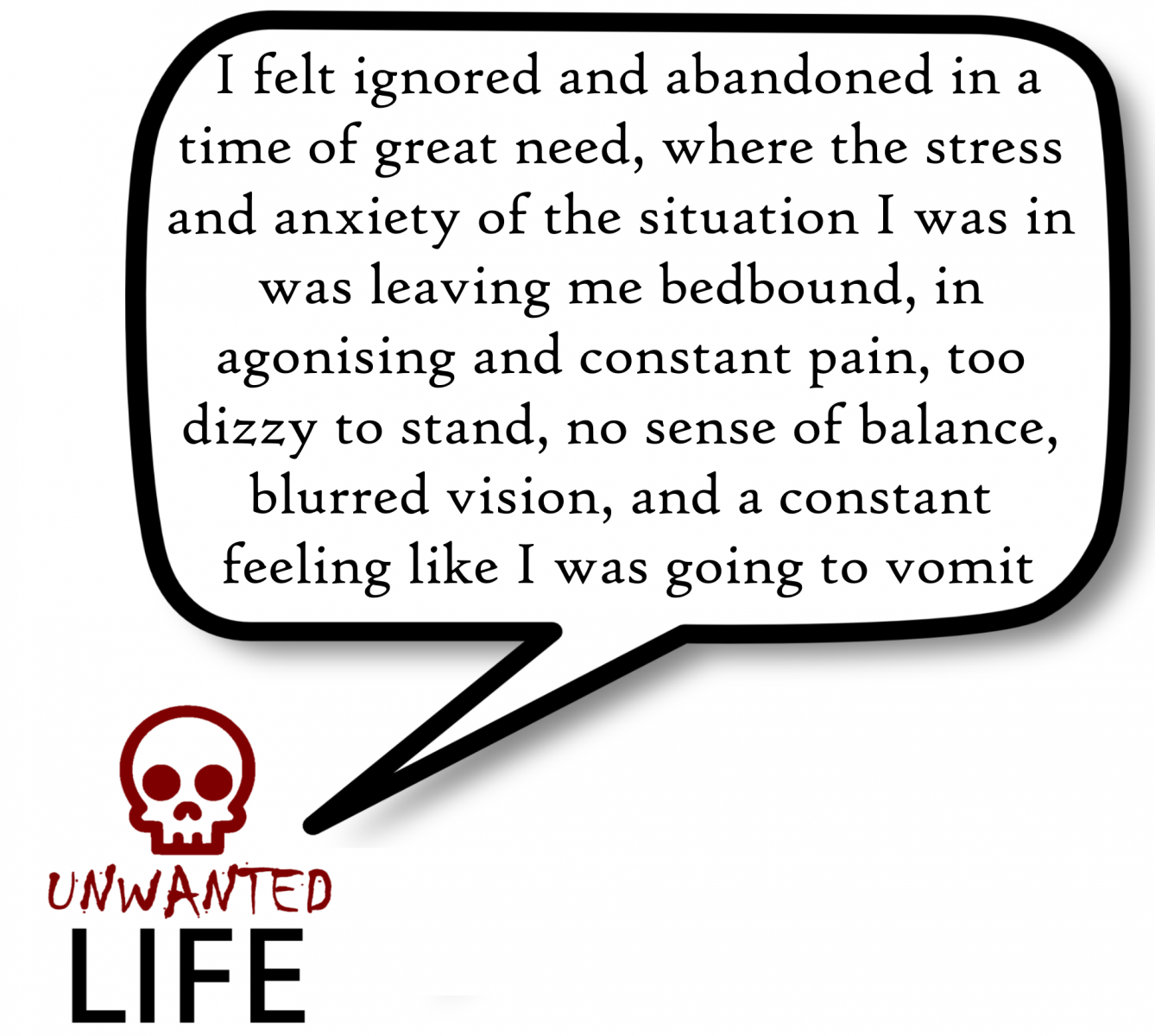