If you read my previous post, then you’ll already be aware of the problems I had with seeking professional help. Anti-depressants and me just didn’t mix well, due to them all causing me to have psychotic episodes. Eventually, we did find a combination of medications which didn’t trigger one.

However, as I stated in my previous post, this situation wasn’t to remain problem free: I was about to have my first detrimental run-in with my new Mental Health Trust.

Let me set the scene a little. I moved to London to attend university, which meant a new GP and a new Mental Health Trust to deal with. For some reason, I was never given a repeat prescription for my sleeping tablets and my anti-depressants, nor was I ever offered therapy so I could work on the problems. I went from the care of people that had realised the full complexity of my problems, to the care of a Trust that didn’t give a dam at all.

“I went from the care of people that had realised the full complexity of my problems, to the care of a Trust that didn’t give a dam at all”

Although I was on a combination of medications that was allowing me to sleep and didn’t automatically cause a psychotic episode, my anxiety was still causing me problems: I was still having hallucinations triggered by my anxiety attacks. Nevertheless, I decided to go to university (you might be familiar with this if you’d read my previous post – How Being Diagnosed with Dyslexia Changed My Life) even though I was still having a very hard time coping with my anxiety disorders and psychotic episodes.

This often resulted in me going days without my medication which would cause a psychotic episode that would last until I was back on them.

On two occasions I had to go to the hospital to get an emergency prescription. The second time I did this, however, was when the gates of hell would open up for me. The person I saw refused to issue both my prescriptions, they wouldn’t issue my sleeping tablet, only my anti-depressants.

I explained the situation around my homeostasis problem, how my anti-depressants on their own cause me to have a psychotic episode, and even though there was a letter in my medical record stating I have to have the sleeping tablets to be able to take the anti-depressants, they still refused to issue the prescription for them.

So instead I asked if I could be given enough sleeping tablet to wean myself off the anti-depressants. A pretty common-sense reduction plan so I could then stop taking both of them. But they refused. I was now stuck with the choice of withdrawing off the medication (not knowing it was going to cause me to have a four-month-long psychotic episode) or taking my anti-depressants on their own, which would cause me to have a psychotic episode every day I took them. I’d also have to deal with not being able to sleep again.

I just wanted enough sleeping tablets to get the anti-depressants out of my system, allowing my body to adjust to no longer having them. Is that so much to ask for as a compromise? I never wanted to take the mood-stabilisers in the first place, because they didn’t do anything to help me. But no, they wouldn’t even do that.

Thus, I told them I’d just go cold turkey then, and they said fine, so I left. I can not state this enough, never go cold turkey off of any mental health medication, especially when you’ve been taking them for a long time. It. Will. Fuck. You. Up.

Without my sleeping tablets, I went back to being an insomniac. I also started to pee in a pint glass because I was too embarrassed to be going toilet half a dozen times an hour, throughout the night, day after day. My fear of wetting myself that fueled my anxiety and my insomnia had returned at a magnitude I hadn’t had since the early days of my anxiety disorders.

Because I feared waking everyone up by going to the toilet so frequently, I was once again consumed with trying to empty every drop of liquid from my bladder. Thus, the pint glass, in order to appease my anxiety disorders so I could sleep. I’d very much fallen back to pre-seeking help from professionals level (Drug-Induced Psychosis And My Anxiety Disorders).

“It was a disgusting nightmare of isolation and avoidance”

It was a disgusting nightmare of isolation and avoidance. I couldn’t be around anyone, at all. I couldn’t bring any attention to myself, at all. And there was nothing I could do to stop it. At all.

Ever since the three-day drug binge I mentioned in my previous post where my anxiety disorders were born, all manner of substances will trigger a psychotic episode, including prescribed medication. Even anti-psychotics and anti-depressants would cause: visual, olfactory, tactile, wetness perception, and auditory hallucinations, as well as causing me to question my sense of reality.

But that wasn’t the worse part, not by a long shot. I was so consumed by my anxiety disorders that I barely left the room I was renting. I didn’t attend any of my university classes and only went to university to submit my course work (because they required a psychical copy to be submitted for some reason). I missed around four months of university because I was paralysed by fear and bombarded by neverending hallucinations for the full four months.

Even drinking alcohol wasn’t an effective last line of defence for controlling my psychotic episodes anymore. This was because my four months long psychotic episode required me to be extremely drunk just to cope. A level of drunk that would cause me to suffer alcohol poisoning, especially if I drank that much every day for four months.

Normally, one or two beers is enough for me to avoid having a psychotic episode if the worst comes to the worse. But for these four months, nothing was effective. My life was a living hell of isolation, hallucinations, no sleep, and barely any food.

“My Life Was A Living Hell Of Isolation, Hallucinations, No Sleep, And Barely Any Food”

Once these four months were over, things started to settle down. I was able to attend my university again, although I often had to use alcohol to avoid having a full-on psychotic episode. My not so healthy last resort coping strategy started working again: it was back to its a one-to-two pint effectiveness again.

A withdrawal strategy for my medications would have avoided all the problems going cold turkey caused me. But the person I met to get an emergency prescription from the Mental Health Trust just wasn’t interested in that idea. I could have been kicked out of university because of what happened as a result.

I’d repeatedly brought up what happened at this encounter with my Mental Health Trust over the years. But they kept telling me that it happened too long ago to be investigated. However, 10 years after it happened, I found out that they hadn’t even logged my second attempt to get an emergency prescription on my medical records.

This was likely because making someone go cold turkey from sleeping tablets and anti-depressants is ridiculously dangerous, and goes against the NICE guideless. I was so angry when I found that out because it was far too late to do anything about it.

In case you’re interested, I found the NICE guidelines that should have been implemented by the Mental Health Trust:

1.9.2.1 Advise people with depression who are taking antidepressants that discontinuation symptoms may occur on stopping, missing doses or, occasionally, on reducing the dose of the drug. Explain that symptoms are usually mild and self-limiting over about 1 week, but can be severe, particularly if the drug is stopped abruptly.

1.9.2.2 When stopping an antidepressant, gradually reduce the dose, normally over a 4-week period, although some people may require longer periods, particularly with drugs with a shorter half-life (such as paroxetine and venlafaxine). This is not required with fluoxetine because of its long half-life.

But you don’t need NICE guidelines to know you shouldn’t do what they did. Anyone prescribing them should know the risks going cold turkey would cause. The person who did that to me should have been one of those people. Everyone prescribing such drugs, and the inserts that go with them, even back then, would tell you not to just stop using them.

I was left with a no-win situation, where all options lead down a path of a continuous psychotic episode. It was an incredibly horrific thing to do to me, and it was a horrific experience to have to live through (especially with my history of suicidal behaviour and self-harming).

I hope to god I never have to go through that again.

As always, leave your feedback in the comments section below. Also, feel free to share your experiences of taking medication and your Mental Health Trust in the comments section below as well. If you want to stay up-to-date with my blog, then sign up to my below. Alternatively, get push notifications of new posts by clicking the red bell icon in the bottom left corner. 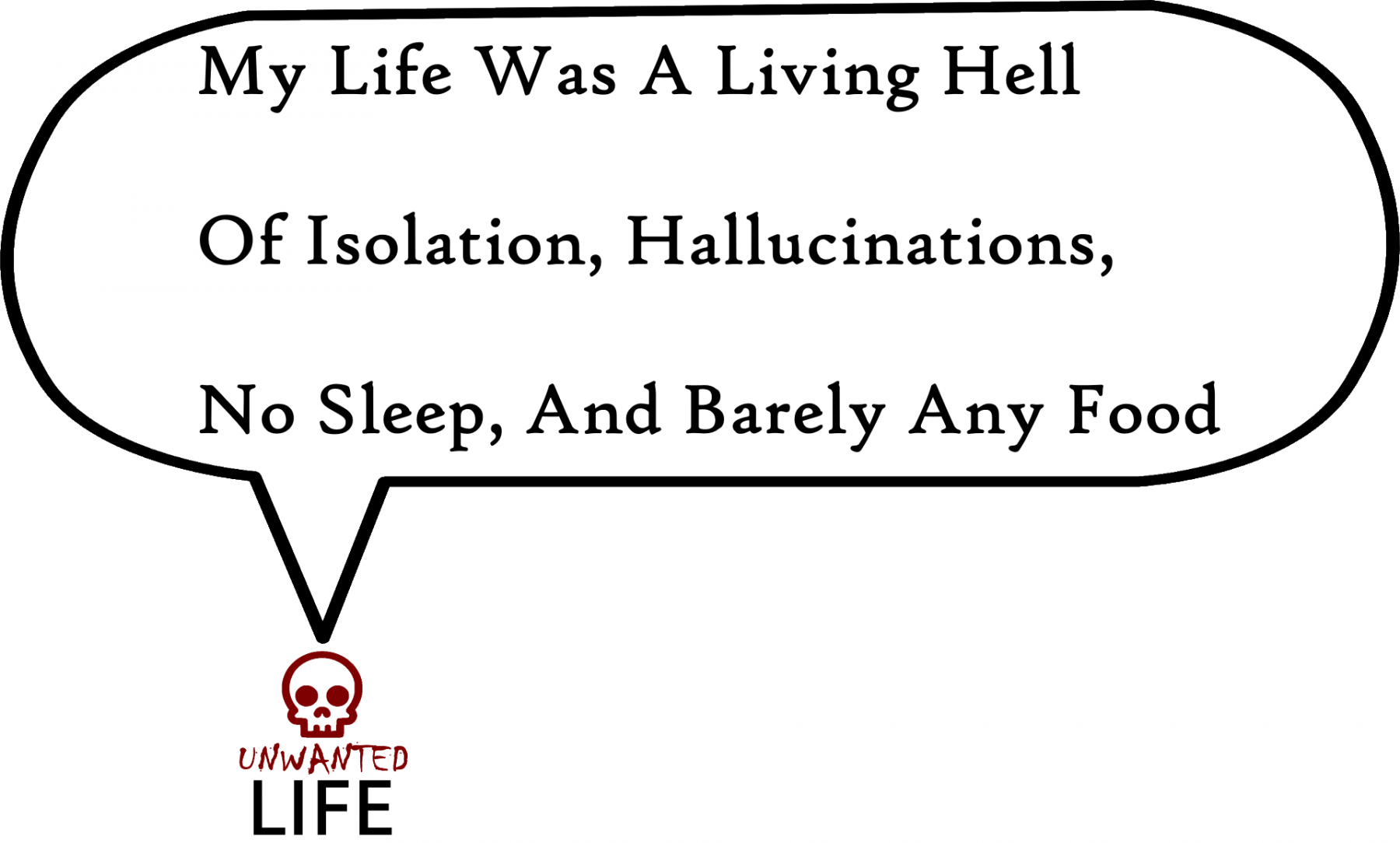 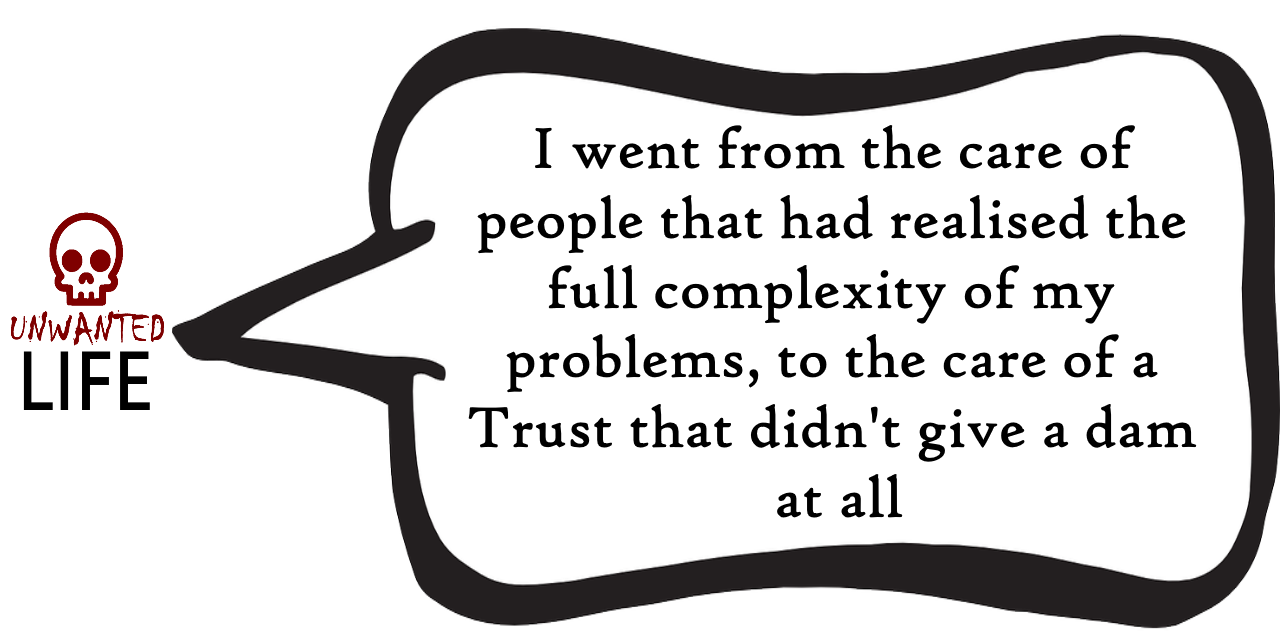 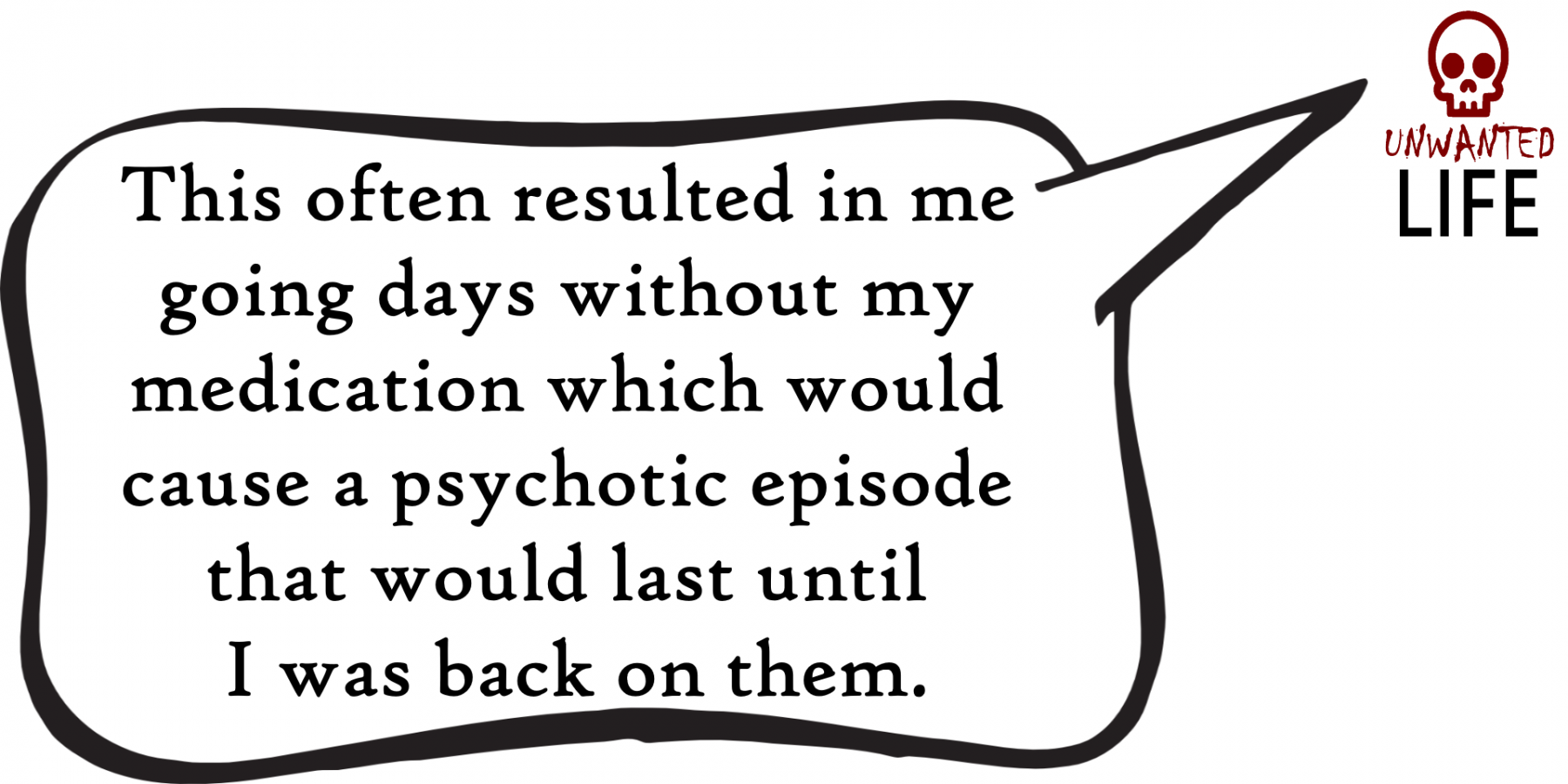 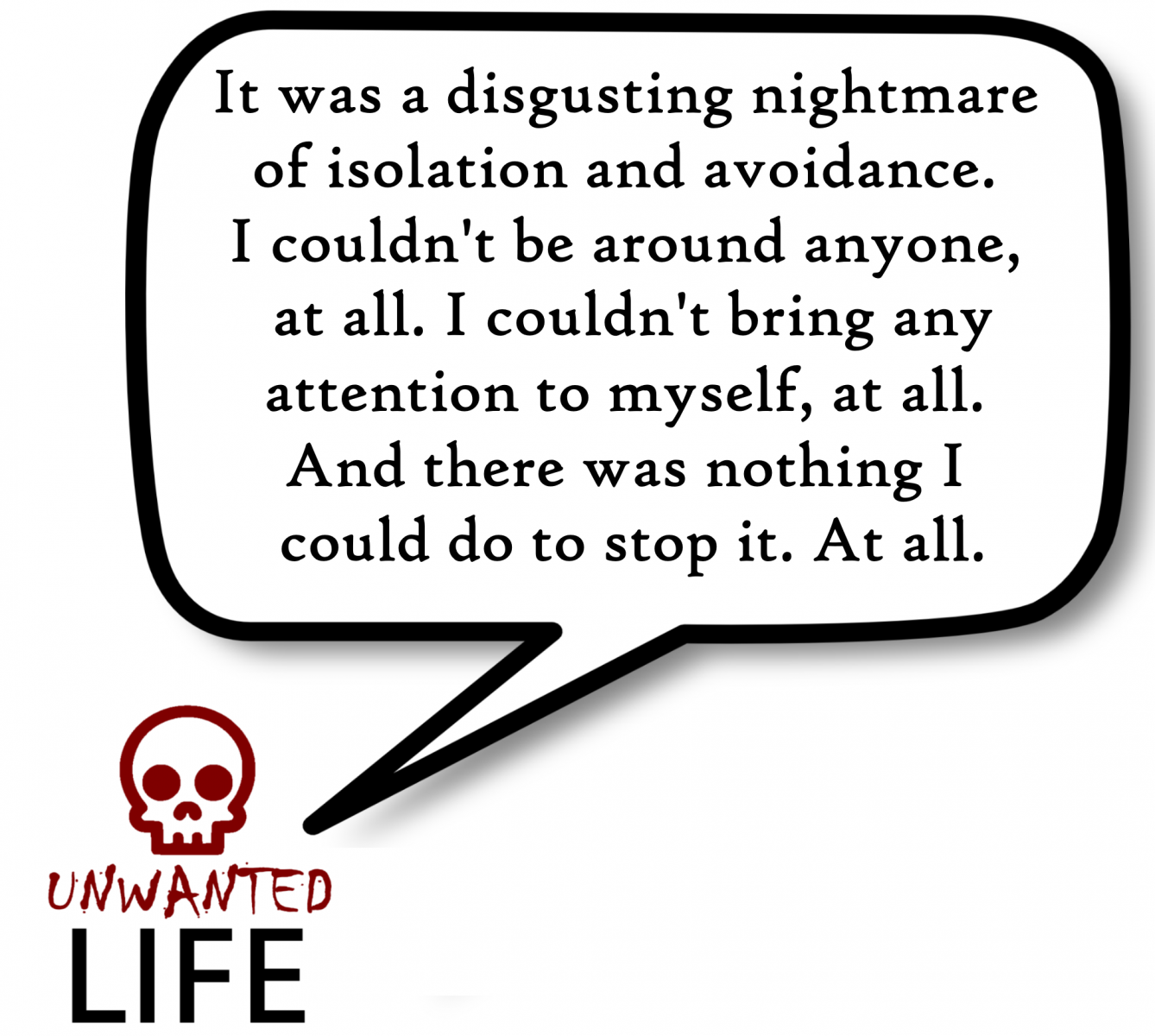 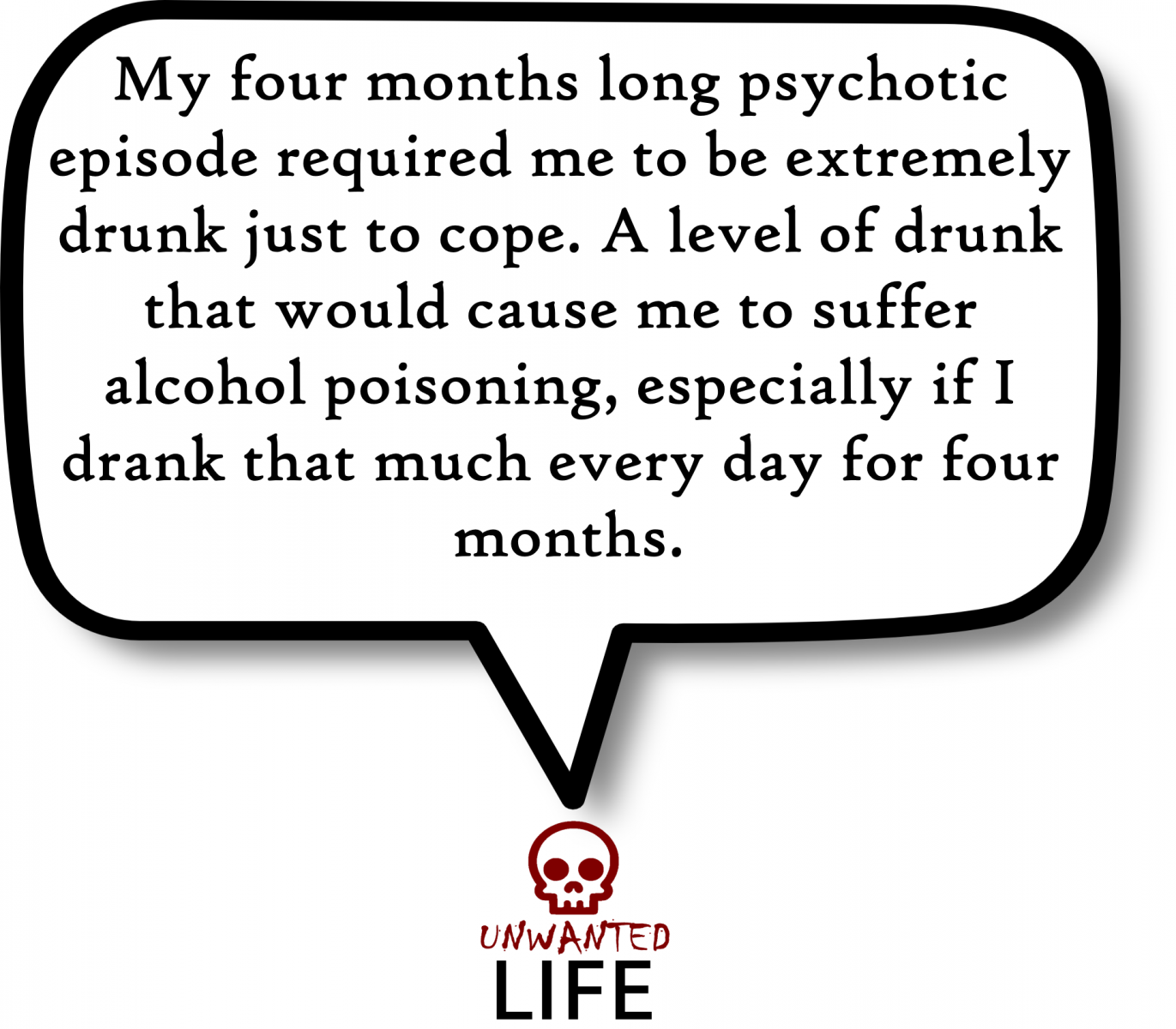 2 thoughts on “Anti-Depressants And Me”