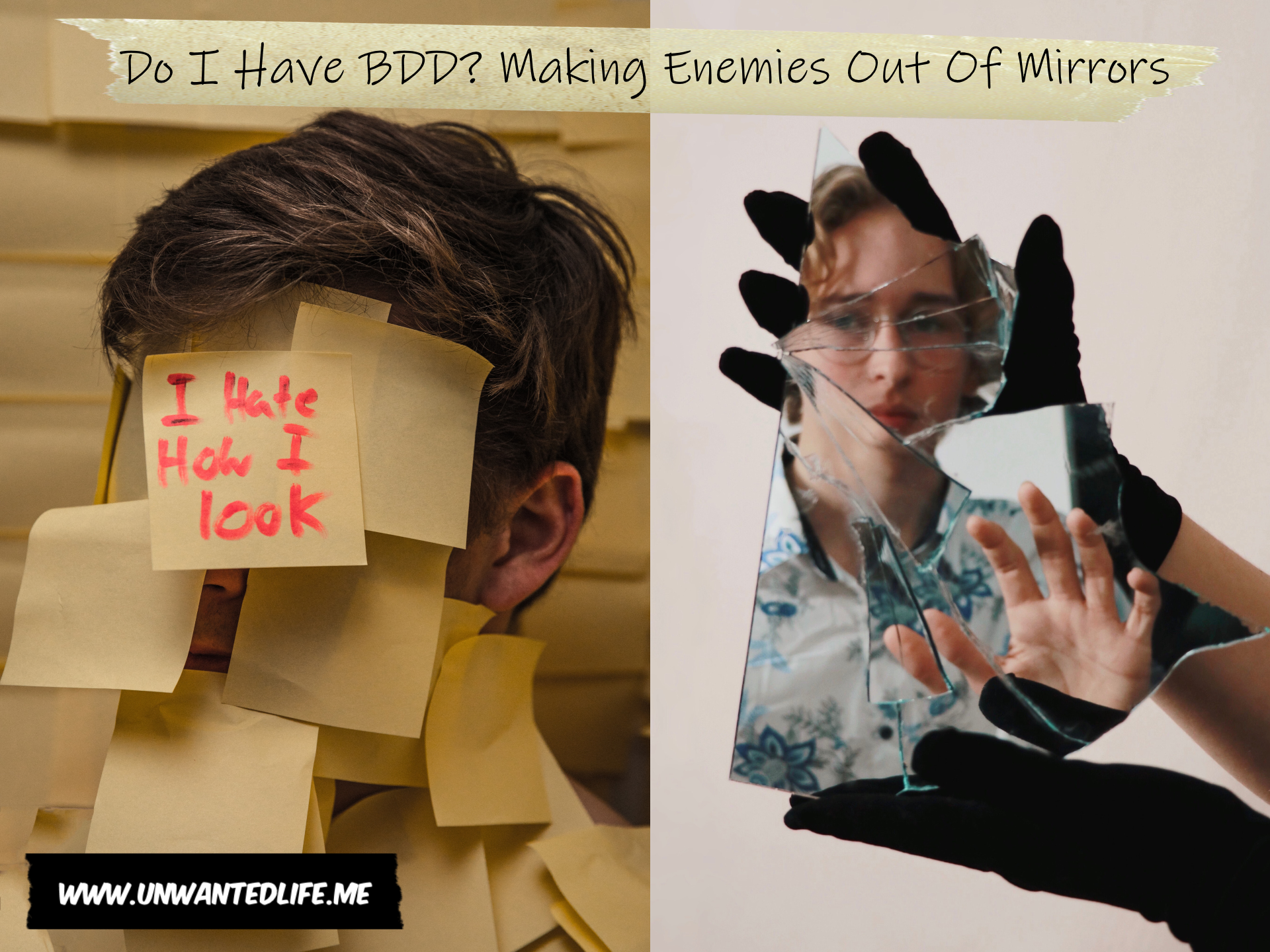 First off, just so you know what BDD stands for, it’s body dysmorphic disorder. I came to the conclusion that I was suffering from BDD and that my BDD resulted in me destroying my own hair, which I wrote about before. Click here if you’re interested in reading that article. Thus, I thought I’d write this article to make people more aware of BDD.

BDD is a condition that can affect anyone, it’s not just something females develop, which is often the perception. Over the years I’ve watched as more recognition has been given to male sufferers of BDD. There is now a lot more effort to improve the mental health of men due to such realisations.

BDD is often compared to OCD (OCD UK) because of the way you can be consumed with thoughts about your appearance and the behaviours you might engage in to manage and soothe those compulsive thoughts.

Therefore, if you are overly preoccupied with a particular part of your body, then this could be a sign you’re struggling with BDD. This might express itself through you comparing yourself to other people a lot, constantly needing to check yourself in mirrors or avoiding mirrors, using a lot of makeup to try and hide flaws, etc.

This is because BDD is very strongly linked to self-esteem. Mix that with the pressure to conform to society’s standard of beauty and you can develop false beliefs about appearance. The kinds of beliefs that can develop are stuff like “People won’t want to hang around with me if I’m ugly” and “What’s the point in living if I’m not attractive”.

If you’re in need of constant reassurance about how you look, then you could have issues with BDD. This need for reassurance can appear in a number of different ways. You could directly ask someone, like a partner, to comment on your appearance or create situations where you’re fishing for compliments. Another, more indirect way, is through the constant sharing of images of yourself in the hopes people will give you positive feedback on your appearance online. 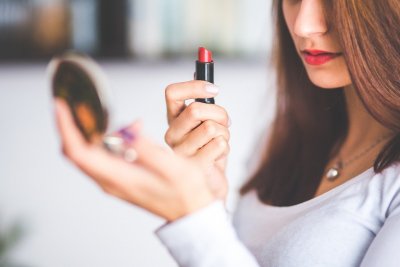 Do you spend a lot of time combing and styling your hair, applying makeup, engaging in lengthy grooming rituals, or looking in the mirror for prolonged amounts of time? If any of these sounds familiar, then you may have BDD. This is especially true if any of these activities are getting in the way of your day-to-day activities. For example, you’re routinely late for work because you have to look perfect.

If you’re looking through beauty and fashion magazines, flicking through Instagram, or watching TV shows and films and thinking you wish you had body parts from the different people in them, then you could have BDD. Also, if you’re looking at pictures of yourself and obsessing over what you’d change about yourself or constantly focusing on a specific feature about yourself, then you may have BDD.

Although such warning signs of BDD don’t necessarily mean you’re suffering from it, you may still want to work on your self-esteem anyway. Long-term happiness comes from being comfortable with being you, rather than trying to live up to unrealistic standards the media tells us we should be.

In my younger years, I used to have a huge problem with getting horrible yellow spots all the time. I would constantly need to check my face in the mirror and check my face for spots with my hands. It was so bad that I would carry a little mirror around with me just so I could check when no one was looking, as often men’s toilets wouldn’t have mirrors.

I have also engaged in mirror avoidance which is one of the reasons there aren’t many photos of me. The childhood racially motivated abuse I suffered growing up made me acutely aware of my appearance and ended up becoming part of my anxiety disorders when they later developed.

The racially motivated abuse I endured during my childhood destroyed my self-esteem and left me suicidal by the time I was eight years old. Because my abuse was racially motivated, being white was the attractive norm I could never achieve, even though being white was the only thing I wanted. It got so bad I took a brillo pad to my skin to scrap the dirt off my white skin. Obviously, that didn’t work, because I wasn’t dirty. I was black.

It took me a long LONG time to be comfortable in my skin tone, but by then I’d destroyed my hair because I couldn’t stand a single strand of hair being out of place in my dreadlocks. This meant I constantly hit my head to flatten hairs sticking out, which causes my fingers to swell and gave me headaches all the time.

I also pulled my hair out, all in the name of having perfect black person dreads. I’m from mixed ethnicity and thus don’t have the tight afro hair that others do, so it was an impossible perfection I could never achieve. As a result of my hair-destroying behaviours, I caused permanent traction alopecia, and now my head is like a patchwork quilt of hair and bald patches.

The irony of destroying my hair is that it’s now created issues around body image due to the patchwork bald patches on my head. Baldness is a common concern among men, and black women, due to trying to have western hairstyles. All over bald, I could at least live with, but the patchwork baldness means my hair will start to grow back after I’ve shaved it. Within a few hours, you can see where the patches are. 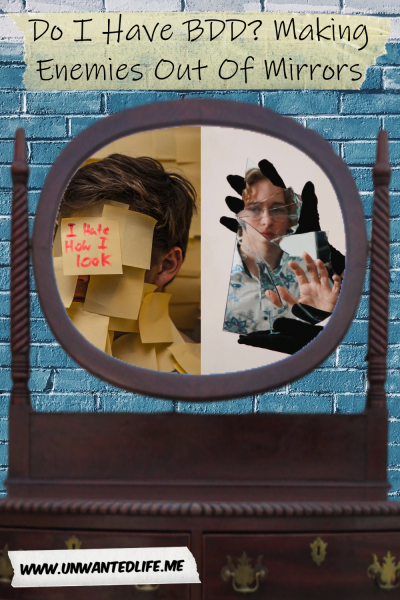 Baldness is very common in men, and we’re all accurately aware of it and most men fear it. But women can suffer from it too, which can be just as damaging to their self-esteem.

Whatever your gender identity is, the progressive thinning of your hair isn’t something that anyone wants. It is seen as less desirable than a full head of hair, even if it is due to a simple genetic variation. Society often mocks people who have a retreating hairline or who have gone bald, and we notice that. I noticed that and deeply fear that.

In men, this generally isn’t just a BDD issue, but rather something that makes up a bigger picture of concerns, which is often based on masculinity. However, if you’re lucky enough to have strong and high self-esteem, then often going or being bald doesn’t matter to the person.

For those of us whose self-esteem lives in the gutter, you try to find solutions to hide your baldness, solutions such as hats and wigs. Because my hair-destroying behaviours included hitting my head a lot, my head isn’t smooth (I call it my gold ball head, because that’s what it looks like with its little dents) and makes it impossible for me to shave it properly.

It’s also an issue that my hair seems to grow quickly and thus you can see the patchwork of bald patches within a few hours. Thus, head coverings have become my best friends. Although I now have to live with the anxiety that someone will pull my head covering off and exposing my patchwork hair. Fun.

How BBD Can Express Itself In Other Disorders

Basically, an eating disorder is where you’ve developed an issue with food, often due to concerns about your size and/or weight. This can mean you eat too much or not enough. I have had a complex issue with food all my life. Click here if you’re interested in reading more about my issues with food. I’ve also finally been given a referral to an eating disorders clinic.

However, it is still possible to be diagnosed with both because you could be obsessed with features of your body unrelated to weight and size, as well as having a dysfunction around eating due to weight or size concerns.

This is supported by Mind, who states that BDD and eating disorders aren’t the same disorder, which they’re not. Someone with an eating problem is mainly bothered about their weight and shape. Whereas a person experiencing BDD is likely to experience other concerns as well around their body image.

Mind also goes on to say that not all people with an eating disorder will have BDD, as the reasons for their eating disorder can be unrelated to body image. For example, eating disorders can develop due to comfort eating to feel better when feeling low or avoiding food to gain control because they don’t feel they have any control in their life.

Another body image issue that is largely found in men, but women can and do suffer from it too, is muscle dysmorphia. This is where the person will be consumed with thoughts about wanting to have bigger muscles, and no matter how big they may be, they’re still not satisfied. This can result in steroid use to help them build up their muscles faster, and in some cases, has led to deaths. If you excessively work out and still aren’t happy with your muscles, then there is a chance that you’re suffering from this form of BDD. 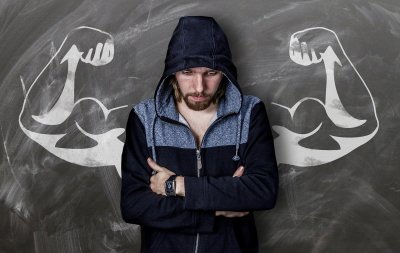 The Body Dysmorphic Disorder Foundation has a nine-question questionnaire that you might want to take if you feel that you may be suffering from BDD. Click here if you’d like to take it. Regardless of the results, if you feel you may have BDD, then you should speak to your GP and get a professional opinion. Questionnaires are nothing more than a guide, rather than a definitive way to get a diagnosis.

As always, leave your feedback in the comments section below. Also, feel free to share your experiences with BDD and/or issues around body image in the comments section below as well. If you want to stay up-to-date with my blog, then sign up for my newsletter below. Alternatively, get push notifications for new articles by clicking the red bell icon in the bottom right corner.

The Body Dysmorphic Disorder Foundation has a page with links to support groups, which also has online groups that have two in America which might better suit some people’s time zones. If you want to check out these groups, you can do so here: https://bddfoundation.org/support-groups.

74 thoughts on “Do I Have BDD? Making Enemies Out Of Mirrors”