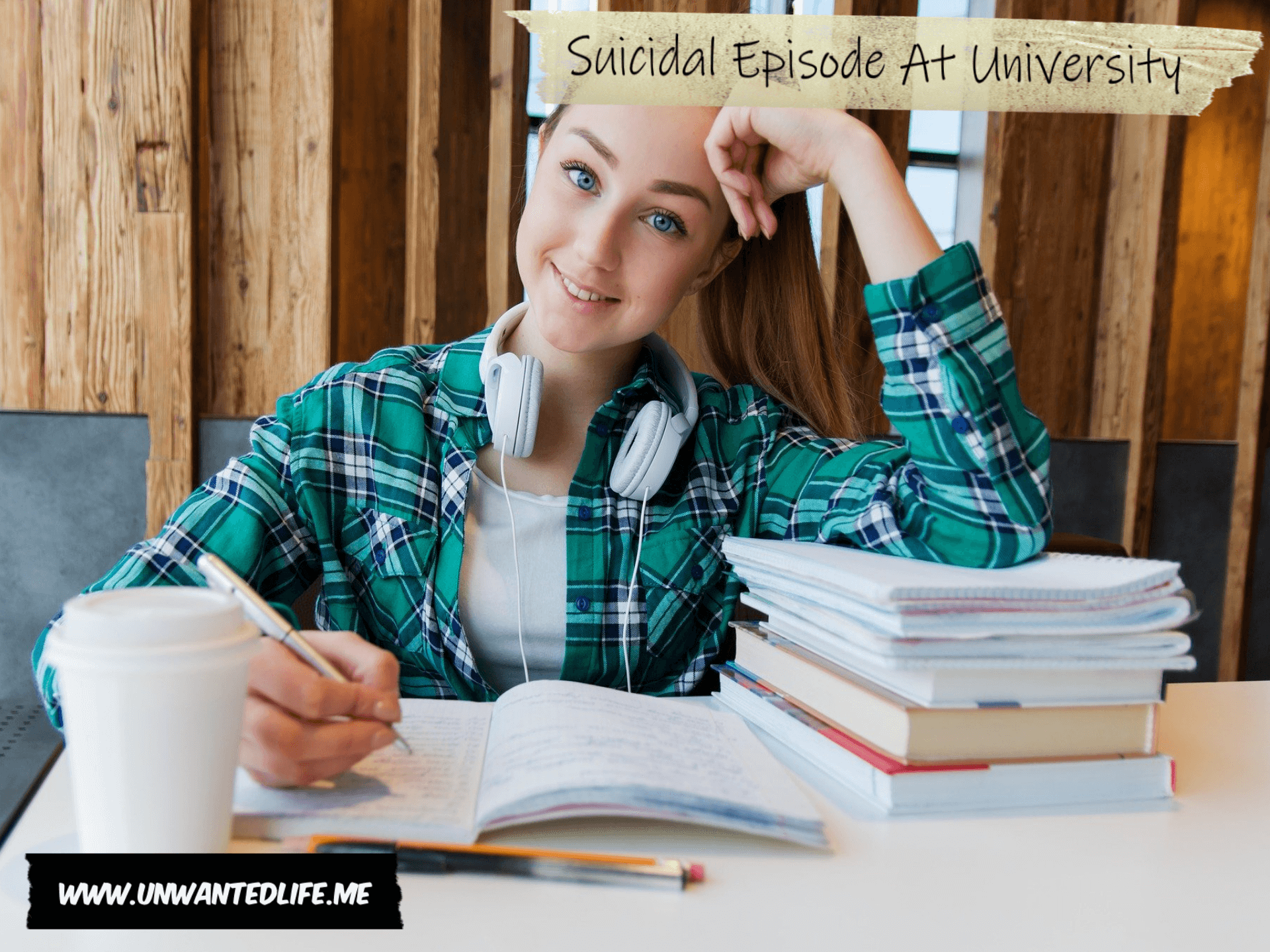 With World Suicide Prevention Day happening tomorrow, I thought I’d write a post that went into more detail about the suicidal experience I had at university as a belated follow-up to ‘University Mental Health Support: Is it Enough?‘.

While I was studying for my postgraduate degree, I had a suicidal episode during the summer of 2018. Which I touched upon in my post about “University Mental Health Support: Is it Enough?“. Thus, I thought I’d provide a little more context about what happened to me. Which in turn will hopefully allow people to understand how important mental health services are to students. That’s not to say that it’s not also really important to everyone as a whole.

There were a series of problems coming together that led to this breakdown, a breakdown so bad that it was 2003 when I last had an experience like this. I had a lot of things going wrong in my personal life, almost all of it outside of my control. However, the frustration and stress came from trying to deal with my university, especially as they were partly to blame for the situation I found myself in, was what pushed me right over the edge.

I was consumed by a single thought, the thought of how I was going to take my life (I won’t mention the method that consumed me or go into detail about what my plan was, in case it inspires someone to try it). A. Single. All. Consuming. Thought. I just sat there with this single thought going around and around in my head. I tried to pull the broken pieces back together, as I slipped deeper into despair, but it didn’t work.

I hadn’t had a suicidal episode like that since 2003 when I tried and failed to end my life. That was the last time I actually tried to take my life, even though I always have suicidal thoughts. This episode was as bad as that last attempt. But back then, I was at the mercy of all my mental health problems and my emotions running wild. So falling back into such a state shows just how broken I’d become.

I’ve always had intrusive thoughts about how it’d be better if I didn’t exist. I’ve always had existential and nihilistic thoughts (or simply, existential nihilism) and dreamed and imagined my death. But it’s rare, especially since 2003, for them to escalate past this everyday state, for me. I realised long ago that these thoughts and images will always be with me, and I’m ok with that. I don’t know any other way, it’s as much a part of me as my literal heart is.

The darkness inside my head is the norm for me. I’ve lived that way since primary school: I first become suicidal at 8 years of age (Suicidal Child #ChildrensMentalHealthWeek).

So when I realised I was entering a dangerously suicidal episode that I hadn’t been in since 2003, I reached out. I contacted my disability advisor by email, rather than my partner, because I don’t want to burden them.

I don’t know what I would have done instead if I hadn’t been allocated a disability advisor, which I used to distract myself until the feelings passed.

However, they didn’t offer any of the support I needed. They just signposted me to some online resources. I also got a few phone numbers I could call, and the details of my local A&E if it got too bad, which I could have got myself. In subsequent emails, they looked up some other details of support for me, like details for my Mental Health Trust and organisations like Mind. But none of that information was of use to me, because it wasn’t something I didn’t already know. 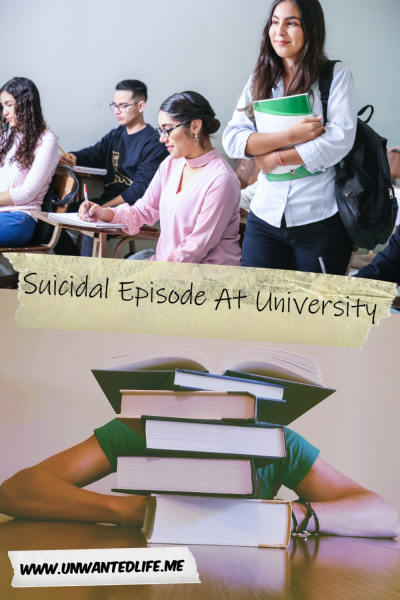 My Mental Health Trust had discharged me because “they are unable to treat me at this time”. Mind in my area didn’t offer anything that was useful for me, and I already know where my nearest two A&Es are because I’ve had a lot of hospital referrals due to my health problems.

Not that any of this was my disability advisor’s fault. They’re just doing as the university policy dictates them to do. The problem is that these policies always seemed to be designed to offer the bare minimum. They also seem to be designed by people who haven’t had a suicidal episode themselves, or by someone who at least can understand how it feels to have one.

After writing University Mental Health Support: Is it Enough?, I realised just how poor my current university’s mental health support actually was. The University of Bristol seems to offer a lot better support than my university does. Although, that might be due to their mental health crisis, which caused 13 students to take their own lives in three years (Independent).

I eventually pulled through my suicidal episode after a couple of hours. But the experience had left its mark on me. I tried to avoid all unnecessary stress, so I avoided making a complaint about my university, which was partly at fault for how the situation came about in the first place. When I did finally reach a good enough place to take on my university, they weren’t interested at all, and there was nothing I could do about it. But that story is for another time. Should my readers be interested in reading about that, let me know.

As always, leave your feedback in the comments section below. Also, feel free to share your experiences of higher education, the stress it caused you, and suicide episodes in the comments section below as well. If you want to stay up-to-date with my blog, then sign up for my newsletter below. Alternatively, get push notifications for new articles by clicking the red bell icon in the bottom right corner.

63 thoughts on “My Suicidal Episode At University”