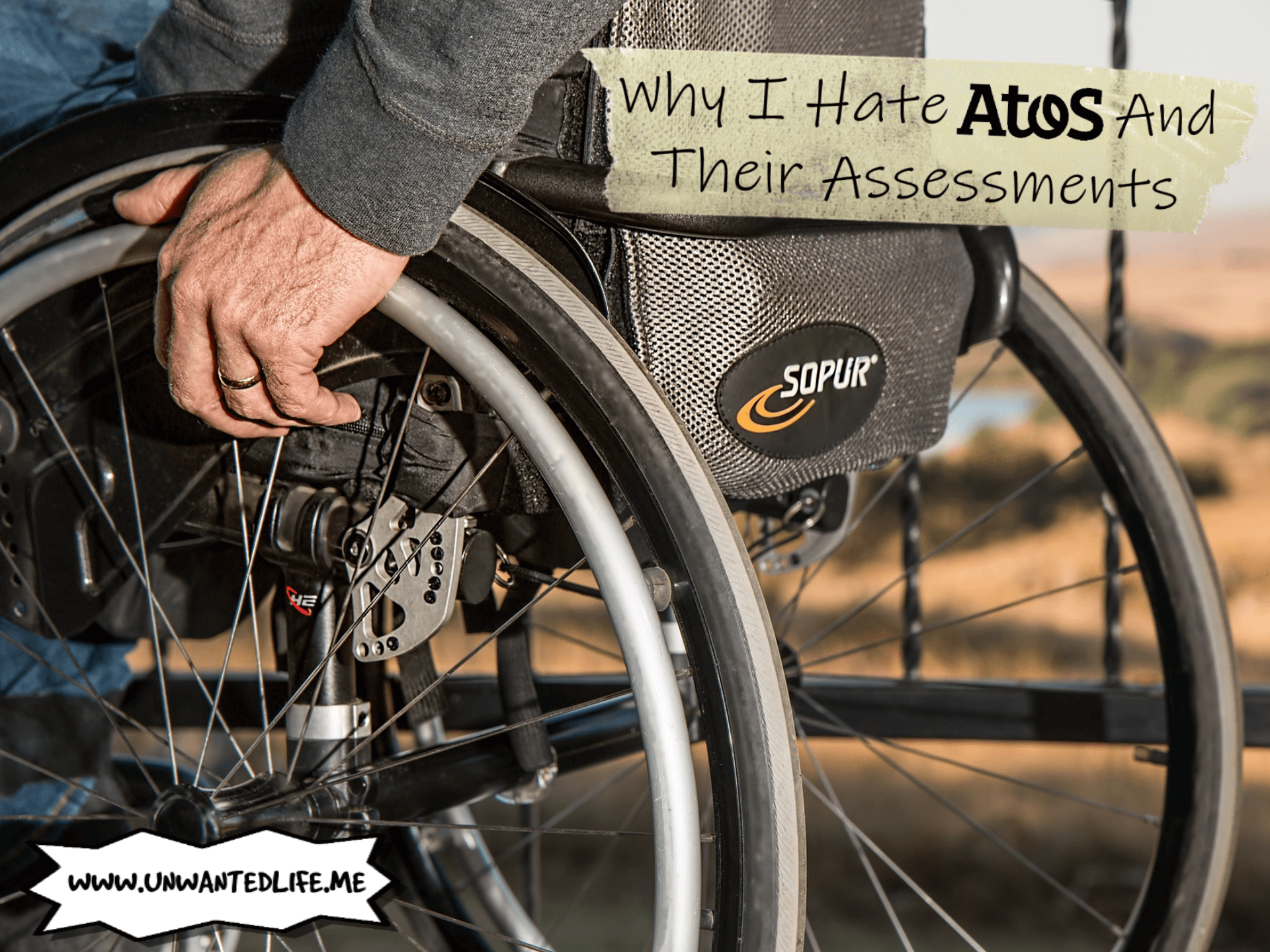 This wasn’t the article I was originally planning to write. I was planning to write an article about my insane amount of appointment cancellations and reschedules recently. But when I got to my Atos appointments that were rescheduled, I was reminded of how that’s just the tip of the iceberg with their behaviours. Thus, this article was born. 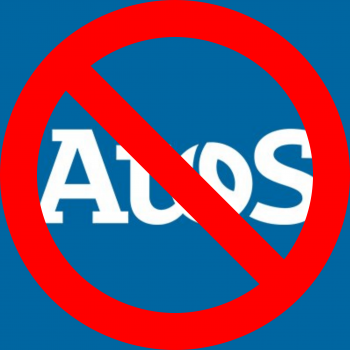 I’ve had a few run-ins with Atos over the years. The most recent run-in resulted in my assessment for Personal Independence Payment (PIP) being rescheduled one and a half hours before the assessment was to start. They caught me just as I was about to get on the train to the assessment centre. I was also lucky enough to reach my partner before they got on the tube to tell them the appointment had been rescheduled to another day (my partner was taking time off work in order to come to the appointment with me).

Then, just to further wind me up, on the day of the rescheduled appointment, which my partner couldn’t make, they call me to make sure I’m attending at the stated time. Which I confirm. Then, again, as I’m leaving the house to catch the train, they call me to reschedule the appointment to an hour and a half later. Now I’m sitting at home wondering if they’re going to reschedule the assessment to another day instead: expecting them to call back to do so.

As I’m killing time for the later appointment at home, I notice I had a missed a call from Atos. So I try to call back because I’m wondering if they’ve actually cancelled today’s appointment now. I don’t want to find out it has been on the train there. After 20 minutes of calling, I finally get hold of them before I’m about to get on the train. But they didn’t call me to cancel, just to make sure I’m attending. What was the point of that after already speaking to me twice on the phone that day already? Thanks for that unneeded stress.

The Pointlessness Of The Atos Assessments

The most annoying thing about these assessments is that they don’t make any sense. They don’t show you anything my application doesn’t already state. Nor does it show anything my doctors and specialists wouldn’t be able to tell them. The assessments are just a waste of everyone’s time and money. 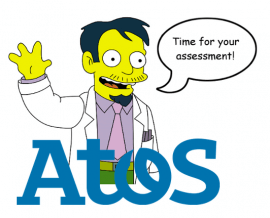 Their staff are trained to be as shady as hell. They’re paid based not on the accuracy of their work. No, screw the duty of care for these medical professionals is meant to adhere too. They get paid to hit targets based on how many claims they reject. Thus, the more they reject, the better. That’s because they hope people won’t try to appeal their benefit decisions.

I’ve had problems with Atos before with my work capability assessment for my Employment and Support Allowance (ESA), where they denied my claim. It was overturned on appeal. However, the tribunal was disgusted that I’d been denied the claim in the first place. All the notes and evidence that Atos submitted clearly showed I meet the requirements to be awarded ESA. They just chose to deny me, anyway.

Such a waste of time and money, not to mention the stress it caused me. It literally took minutes before the tribunal ruled in my favour. I didn’t have to say anything, and I didn’t have to hand over the documents I paid to obtain from my GP through a freedom of information request (wasted money on that for nothing).

A friend even took the day off work for me to attend my appeal as well. So it wasn’t just mine and the tribunals times and money they wasted, but my friends as well.

They couldn’t give Atos (a toss) that they were causing harm to people who just want enough money to live on to manage their health needs.

These assessments should be left to the discretion of our GPs to do. They have access to our complete medical history and they are the most likely person to know how much people with health and mental health problems are suffering. Farming it out to a private company that only cares about maximising the money they can make from these assessments is a disgrace.

The questions they ask you don’t gather any new information that isn’t already available to them. The tests, the tests make no sense. Why aren’t they tailored to the health problems of each individual applicant? Can I push against their hand to show I have the strength of a 121-year-old person? Sure, because none of my conditions affect me that way. So stupid.

I’m legally not allowed to drive because of my conditions, but do they test for any aspect of that? No. They just want to put everyone through the same generic test that only a paralysed person or someone at the terminal stage of a disease would fail. Even then, you know they’ll still have their application for PIP/ESA denied. 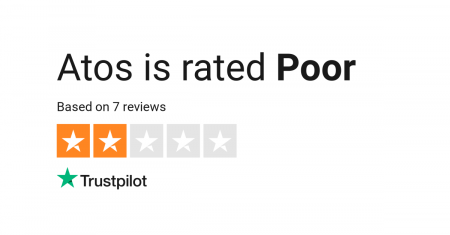 As if these assessments aren’t bad enough. I always find myself feeling guilty, like I’m actually faking my illnesses, but I’m not. But that doesn’t stop me from feeling like I’m a fraud. The situation is a horrible one, and it’s ridiculous that you have to keep going back to be tested again when your conditions are permanent. What do they think will change?

Having to go back for regular assessments with Atos doesn’t make a lot of sense, either. It’s not like these health problems can suddenly improve. Especially for lifelong and chronic conditions, permanent disabilities, and terminal cases. What is the point of reassessing over and over again? Do they believe people will magically get better or something?

At one of my regular follow-up assessments for ESA, I got there to find out that my appointment would have to be rescheduled. Why was it rescheduled? Because I have an autonomic disorder, something they would have been aware of if they read my notes. It was rearranged because I could only be seen by a doctor due to this fact. Wasting my and my partners’ time, who had taken time off work to come to the assessment.

Nothing had changed for me health wise since the last few assessments. But this time I could and should have only ever been seen by a doctor. The assessment questions and tests were exactly the same, though, so that was pointless. 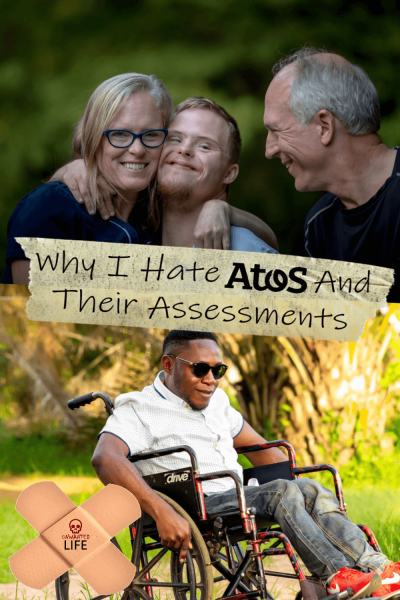 My encounters with Atos aren’t even the worse stories out there. If you’re interested in reading more about Atos and companies like them, check out the ‘Stories‘ section at the end of this article.

As always, leave your feedback in the comments section below. Also, feel free to share your experiences in dealing with Atos and medical assessments for benefits in the comments section below as well. If you want to stay up-to-date with my blog, then sign up for my newsletter below. Alternatively, get push notifications for new articles by clicking the red bell icon in the bottom right corner.

How to win a PIP appeal

This is a Pip disability assessment: intrusive, humiliating and completely pointless

6 thoughts on “Why I Hate Atos And Their Assessments”