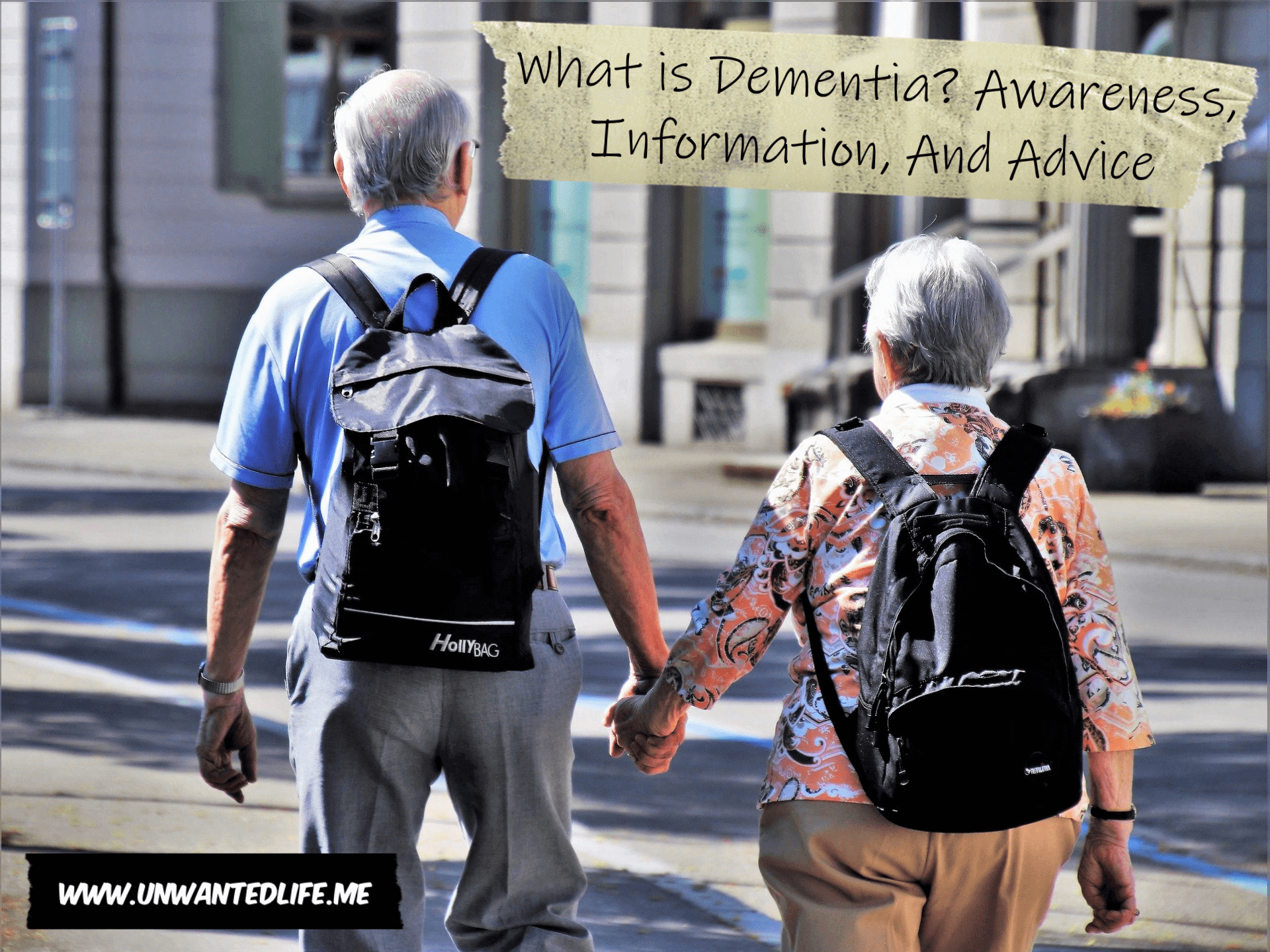 Because the dad in my life, my granddad, developed dementia, I decided to follow up on my article ‘What Makes A Father On Father’s Day?‘ with one on the disorder in order to spread awareness. This disorder robbed me of my awesome granddad, as it’s robbed a lot of people of their loved ones.

In a nutshell, dementia damages the nerve cells in your brain, which affects the way your nerve cells communicate with each other. This, in turn, causes the body to stop functioning normally.

Dementia is a catch-all umbrella term that is made up of over 200 subtypes. In short, it is a broad name that describes a group of progressive symptoms which affects how your brain works. These symptoms are usually associated with a decline in memory, thinking, and reasoning ability.

Dementia is unfortunately very common, with 600 people developing a form of it in the UK every single day. In the UK, there are over 850,000 people living with a form of this disorder, which has been estimated to rise to over one million by 2021. Although some groups claim we won’t reach a million-plus sufferers until 2025.

Approximately 50 million people worldwide have dementia, with nearly 10 million new cases reported each year. Currently, it is estimated that the proportion of the global population aged 60 and over with this disorder at any given time is between 5-8%.

What’s most concerning is that in the UK at least, only 43% of those suffering from dementia have actually been diagnosed. That’s a staggering amount of sufferers who could be getting treatment to improve their quality of life and reducing the speed of its progression, but aren’t.

Furthermore, in the UK, women are more likely to have dementia than men. 65% of people living with it are women and only 35% are men. But this might be because women tend to live longer than men.

Is Dementia A Disease?

It is often believed that dementia is an inevitable consequence of getting old. A view that has been around for a while. However, dementia isn’t a consequence of old age or a disease, but rather a collection of symptoms that come with a number of other diseases or medical issues that affect the brain.

Although dementia mainly affects older people, it is not a normal part of ageing

However, there’s still a lot that’s not understood about dementia. But there are a few things we do know. Even though people over 65 are more likely to get dementia, it can also affect younger people. In such cases, it is often referred to as early onset dementia.

A lot of causes of dementia also come from brain trauma. For example, NFL players run the risk of developing chronic traumatic encephalopathy (CTE), which can result in them developing dementia.

As already stated, Alzheimer’s is the most common form of this disorder. Alzheimer’s is caused by a build-up of ‘plaques’ and ‘tangles’ which can cause a disruption to the transmission of messages in the brain.

This form of the disorder is caused by diseased blood vessels. The results of which is a reduced blood supply to parts of the brain, which can cause brain cells to die.

DLB shares symptoms with both Alzheimer’s disease and Parkinson’s disease, with 1/3 of Parkinson’s disease patients eventually developing dementia. This is because Lewy bodies are the underlying cause of several progressive diseases that affect the brain and nervous system.

Lewy bodies are deposits of a protein (α-synuclein) in nerve cells and are associated with cell damage. Symptoms of DLB vary depending on where the Lewy bodies are in the brain. For example, if they’re in the outer layers of the brain, this will most likely cause problems with mental abilities.

Dementia affects everyone differently because everyone is different. Meaning, it will develop differently in every sufferer, with no two people developing it in the same way. Because there are over 200 types of dementia, there are also many factors that play their part in their development. Such as the individual’s general health, social situation, personality, do they live in a city or a village, etc.

Even with a couple of hundred versions of the disorder, there are a lot of overlapping signs you can watch out for. For the purpose of this article, I’ll highlight the two main signs: memory loss and difficulty performing familiar tasks.

We’ve all seen this symptom being used in TV shows and films to highlight the fact that someone has a form of dementia, and for good reason. Declining memory, especially short-term memory, is the most common early warning sign of dementia.

It’s important to note that this kind of memory loss isn’t the same as your run-of-the-mill forgetfulness. People who forget something, like the name of their dog, will still remember other information and facts associated with said dog. Whereas someone with dementia will not only forget the dog’s name but that they even have a dog in the first place.

For my granddad and his memory loss, the bank reached out to my family because my granddad was going to the bank every day to do the same transaction, not remembering that he’d already taken care of it. Thus, the family had to take power of attorney to make sure he was safe, and that no one tried to take advantage of him.

Due to the problems with memory loss associated with this disorder, sufferers can find it hard to complete everyday tasks. Thus, tasks that they were familiar with doing are now completely alien to them, like forgetting which order they need to put their clothes on or how to make a cup of tea.

More information on early warning signs can be found here.

What Can Be Done To Reduce The Chances Of Developing Dementia?

There are some factors that might increase the likelihood that someone might develop this dementia, such as:

There is no singular cause of dementia, but whatever causes the disease in a person, the outcome is always the same, a progressive decline in brain functioning.

As previously stated, brain trauma can lead to dementia, thus avoiding activities that can result in repeated head injury (boxing) would reduce your chances. 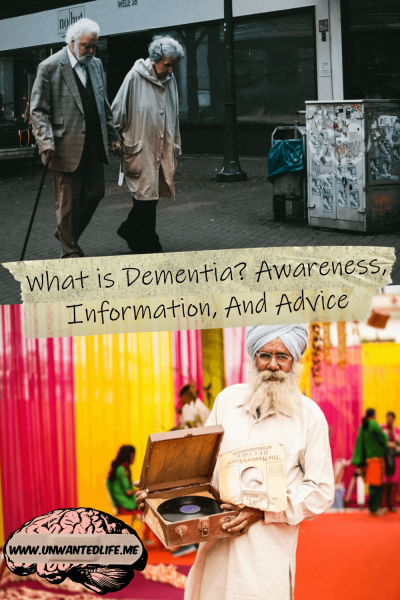 Studies have also shown that pollution is a possible cause of developing the disorder. Thus, the more urban an area you live in, the more at risk you are of developing dementia. It also means that plans to switch to green energy and electric cars would benefit not only our environment but also our health, especially with reducing the risks of developing this disorder.

Anything that helps keep your heart healthy will also keep your brain healthy. This means eating a balanced diet, avoiding excessive alcohol drinking, giving up smoking, and keeping your blood pressure and cholesterol under control will all help.

Furthermore, mentally stimulating yourself with activities that use different parts of your brain, as well as keeping yourself physically active, will also help. Thus, having a variety of hobbies and interests can help you reduce the risks of developing the disorder as you grow older.

If you think any of this rings true with you, then please consult a doctor. Should you or a loved one have dementia, the sooner you seek help, the better the chances you have of slowing its progress.

As always, leave your feedback in the comments section below. Also, feel free to talk about your relationships with your dad(s) and dementia experiences in the comments section below as well. If you want to stay up-to-date with my blog, then sign up for my newsletter below. Alternatively, get push notifications for new articles by clicking the red bell icon in the bottom right corner.

7 thoughts on “What Is Dementia? Awareness, Information, And Advice”