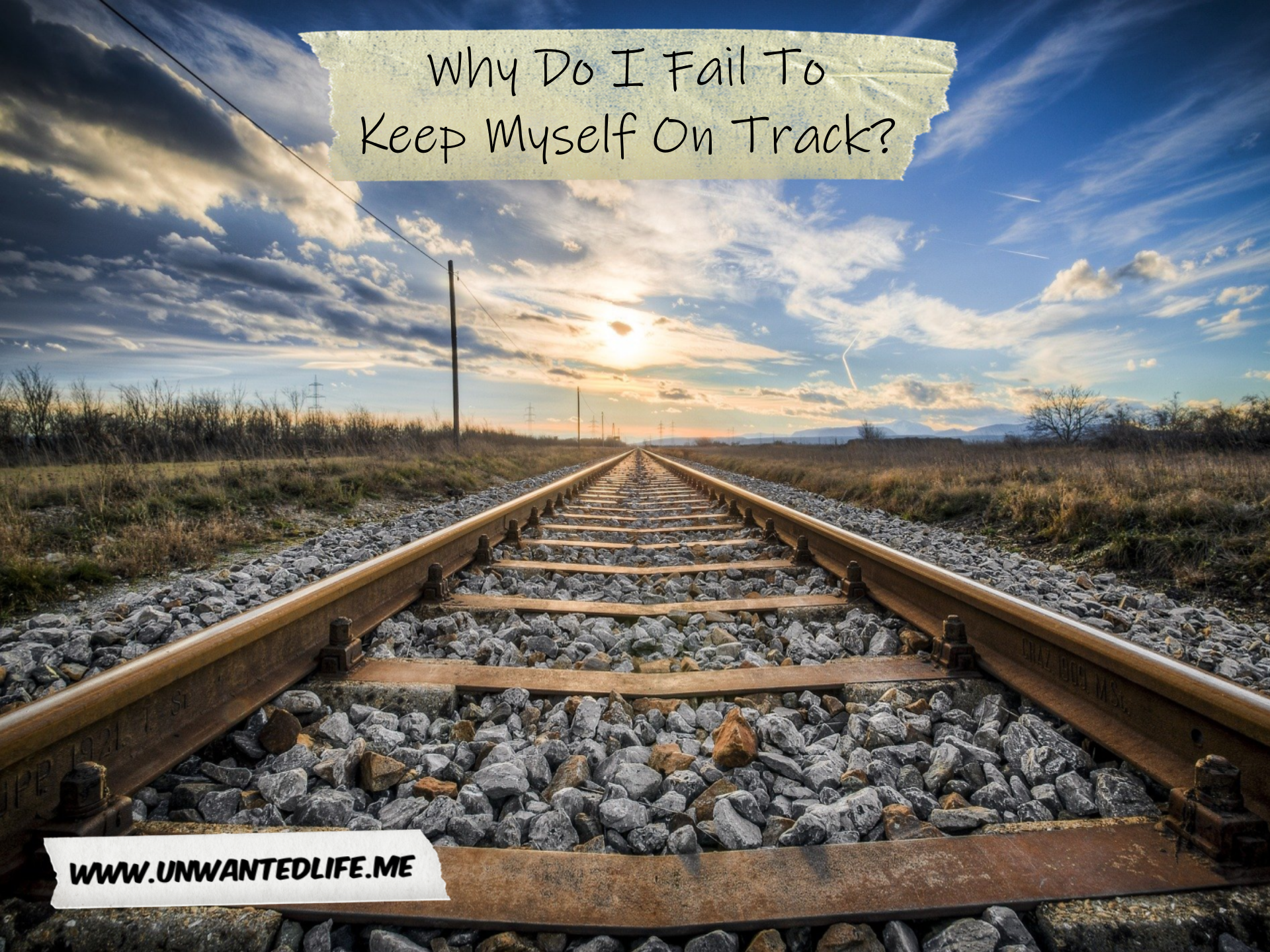 I have a problem with enacting my ideas, sometimes I’ll make it to the stage of starting, but I rarely get further than that nowadays. Mostly I have a lot of creative and often great ideas, and just don’t follow through on them because of my self-doubt: I find it extremely difficult trying to keep myself on track.

Why Can’t I Keep Myself On Track?

I might not be able to follow through on my ideas or keep myself motivated because I’m held back by it not being convenient and not already being a master at doing it. For me; I don’t like to be seen trying. Because of my childhood, it has to seem as if I’m naturally good at it or even perfect. Because of that, getting started on a new challenge can be hard. I’ve largely given up even before I’ve started.

It’s possible that my goal or the thing I want to do isn’t something I really want. I have lots of inspired ideas, but the truth is I don’t know what I want to do with my life or what I want from life. If I don’t know these things, then how can I make myself motivated to enact the ideas I come up with?

My self-esteem. One of the many things my childhood took away from me and I’ve never got back, is having even a remotely good level of self-esteem. If you’re stuck thinking you’re not good enough or that you’re useless, thanks to negative self-talk, then you’re not going to be as motivated as you could be to pursue your ideas and tackle your goals. 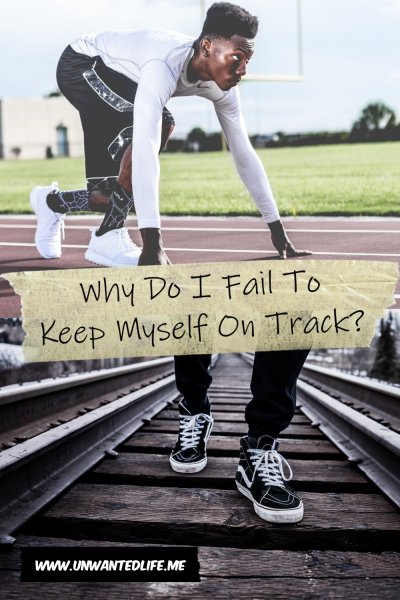 Being stalled by assuming I’ll fail at what I’m trying to do, so what’s the point of starting in the first place? The key to this is probably having low self-esteem, but also by the fact that I’ve struggled with nihilistic depression since I was eight years old. Plus, if you don’t have the skill set to make your ideas happen, then that can put you off trying. Thus, stalling yourself before you’ve even begun.

Allowing periods of inactivity to bring me down. I seem to waste a lot of my time doing nothing, even though I have a lot of time to spare. Although I have that time due to my health issues because the diagnosis stage is taking forever with my various specialists. The act of doing nothing useful by killing time watching TV or streaming content breeds more behaviour like that. This inactivity behaviour then makes me feel bad for not doing anything.

Because I know I have a procrastination and motivation problem, have I somehow made that part of my identity? If I keep saying that I struggle with motivation or that I lack it, then it stands to reason that this could cause me to lose motivation: a self-fulfilling prophecy.

I’ve compared myself to people my whole life. It’s hard not to when you spend your childhood wishing you were white so the racist abuse would stop. My white peers and white friends all had it far easier than me. Engaging in envy and comparisons only harms me and my motivation. But again, this would likely be linked to my self-esteem issues.

I’ve had a lot of ideas over the years, like creating an app, becoming a politician, becoming a magistrate, starting a business, etc. However, I rarely follow through on them, rarely because I lack the skill set to do so.

For this blog, I managed to double down on the idea and actually went as far as to buy a webpage hosting plan and start to design the webpage itself (which is pretty evident, obviously). However, it hasn’t been easy, I’ve had to battle all the parts of me that want me to do nothing, for example, instead of starting work on building my blog page at the start of my day, I’ll instead waste the majority of my day watching my TV shows and prolonging the time I’ll eat breakfast, whereby it’ll be late afternoon, sometimes early evening, before I’ll even get around to doing any more work on it.

The little voice of self-doubt in my head that I’m plagued by which whisper negative things in my head. They try to ease me into the idea that it’s ok to give up because I’m going to fail anyway, even though it doesn’t even matter if I fail or not. It’s no big loss if I do. I’ll still benefit from the experience of trying with the added benefit of also working through my issues via the process of writing these posts for others to read, even if no one actually reads them. It never hurts to keep working on your issues.

The strange part is, once I start working on the blog for the day, I’ll keep working on it like there was never a problem, and I’ll do my best to work as hard as I can at building my blog, it’s just getting to the point of starting the work that’s the problem.

If I can just find a way to overcome this obstacle and keep myself on track, thereby allowing me to put all my effort into working on this blog, that would be fantastic. After all, it’s just one little problem, I hope.

Keeping myself on track is just so hard for some reason.

As always, leave your feedback in the comments section below. Also, feel free to share your experiences with keeping yourself on track and overcoming obstacles in the comments section below as well. If you want to stay up-to-date with my blog, then sign up for my newsletter below. Alternatively, get push notifications for new articles by clicking the red bell icon in the bottom right corner.

27 thoughts on “Why Do I Fail To Keep Myself On Track?”