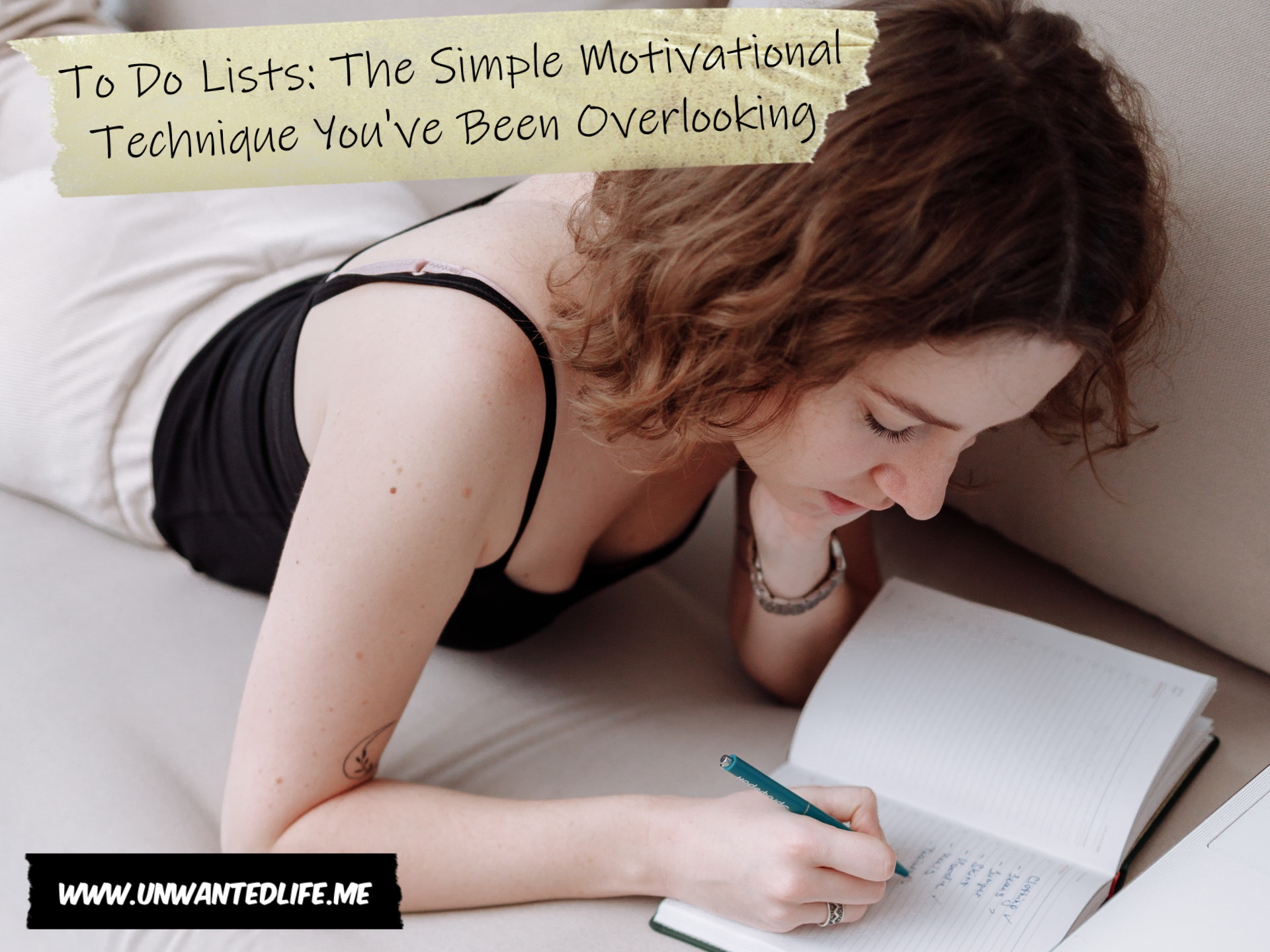 You might already know I’ve had to move because of issues between my subletting landlord and the freeholder of the building, if you follow me on Twitter. Because of the move, I had to create to do lists to stay on top of everything. As a result, I was reminded of how useful making these could be, which inspired me to write this article.

There are many ways to create to do lists. The classic way would be to write them out using pen and paper, which some people prefer. Personally, I used an app on my phone while preparing to move, because I’ll always have it with me. There is no right or wrong option, so just pick whichever is best for you.

To get the best from your to do lists, put them in order of priority, starting from the top with the most important, with the one with the least priority at the bottom. Then cross them out as you complete each item.

The Benefits Of To Do Lists

One of the main reasons for creating to do lists is because the evidence shows that the act of making to do lists reduces the burden on the brain (Forbes). Essentially, your to do lists become an external memory drive (Checkify). You’re also more likely to forget something if you don’t write it down in a to do list (Arnold and Pulich, 2004).

To make sure you don’t forget anything, note them down as soon as they come to you (PC Mag), which is why I prefer using an app on my phone for my to do lists. Furthermore, just the act of creating to do lists can make you more efficient, especially when overwhelmed with tasks (Masicampo and Baumeister, 2011).

By making to do lists, you can tap into the Zeigarnik effect while blocking the Ovsiankina effect. The Zeigarnik effect happens when a task is interrupted, which allows for better recall of the task, because you’ve not been able to cross it off your mental to do list (Masicampo and Baumeister, 2011). This results in us not being able to give all our attention to a following task, which is where the Ovsiankina effect steps it, causing intrusive thoughts.

Intrusive thoughts affect our attention of the following task by reminding us of the unfinished one. So having to do lists that track your tasks can reduce this burden on your brain (Forbes). Because your to do lists has a record of your tasks, intrusive thoughts don’t need to remind you of them. Thus, you’re freeing cognitive resources (Masicampo and Baumeister, 2011).

To do lists, are an effective tool in making us more organised and reliable (Mind Tools). Got a deadline? Break down everything you need to do and put them in order of priority so you can meet that deadline, crossing the tasks off as you go along. By creating to do lists and splitting the tasks into trackable chunks, you’re making your workload more manageable and creating a clear plan of action (Checkify).

This is supported by Schrager and Sadowski (2016), who gave an example of how to write scholarly papers more effectively. They stated that instead of putting “write paper” on your to do list, which isn’t very helpful, you should split the paper into its individual components instead. Therefore, you could have “write introduction”, “write methodology”, and “make tables” as items on your to do list.

Another benefit of creating to do lists is similar to tracking your achievements. When you cross items off your to do lists, you’ll get you a sense of accomplishment. That feeling of achievement will help motivate you to complete the rest of the tasks on your to do list. This also taps into the concept of positive psychology, which is one of my favourite psychological theories.

To do lists can make for great goal trackers, giving it another bonus to your motivation. You can use to do lists to take your end goal and turn them into smaller, actionable goals (Checkify). As you cross out each of the smaller goals, you’ll be able to check on your progress towards your end goal. So break out your SMART goals and get cracking.

How To Get The Most From Your To Do Lists

According to PC Mag, one of the thing you can do to get the most from your to do lists is to start each day by quickly reviewing the lists. Doing this will remind you of what’s on your to do lists and give you a chance to make adjustments to them. Remember, don’t schedule too many tasks to do each day, as you’ll be setting yourself up for failure. Figure out the correct limit of tasks to do each day instead (PC Mag). 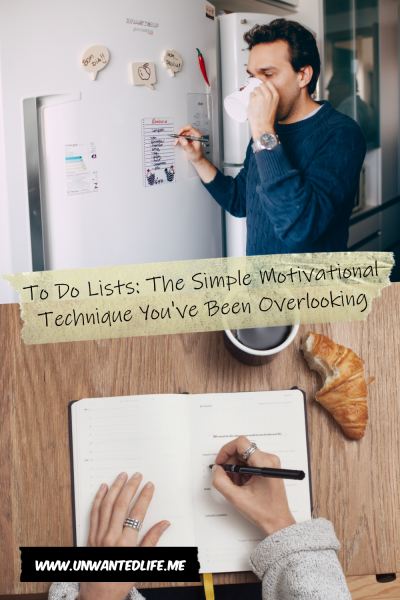 The Downsides Of To Do Lists

There are only really two downsides to creating to do lists, the first one was highlighted by Leshed and Sengers (2011). Their study, which used 45-100 minute long interviews, found that although productivity tools like to do lists could relieve anxiety, it can sometimes come at a price. One participant stated that their to do list was perpetually filling up, like they were moving forward while always being behind. A common concern was losing their productivity tools, with a participant stating that when they forgot their planner. The participant became anxious because they were unsure what they were meant to be working on from that to do list.

One way to avoid the latter issue, for me, was using an app to track my to do lists. I use one that I can access from any browser should my phone be out of commission for whatever reason. Meaning, as long as there’s something with internet access around, I will always have access to my to do lists.

Although rare, people can use to do lists to map out every aspect of their life, then get stuck in constantly reviewing these lists rather than working through them. There could be several reasons for doing this, such as fear, but whatever the cause, the effect is the same.

There are many benefits to creating to do lists, such as being more productive and helping you reach your goals. You can enhance these benefits by making lists for different areas of your life and quickly reviewing your lists. However, to do lists can get out of hand if you lose focus of working through the lists, instead becoming fixated on the process of creating them. So, monitor yourself and make sure you are actually working through your to do lists.

53 thoughts on “To Do Lists: The Simple Overlooked Motivational Technique”