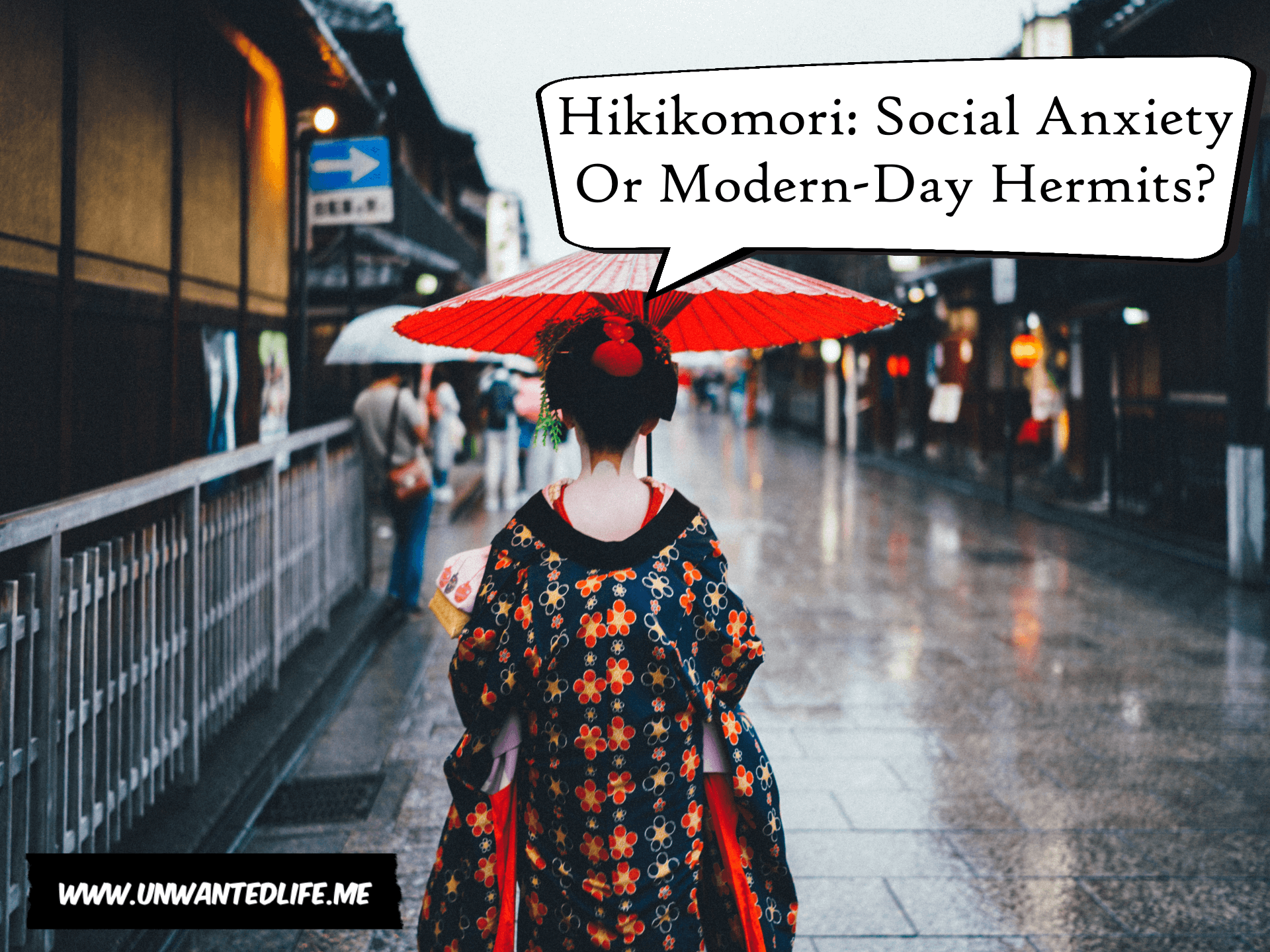 You might not have heard of Japan’s Modern-Day hermits if you’re not from Japan. But they’re an interesting societal phenomenon, so much so, that Japan has a specific name for them, the hikikomori. So who are these hikikomori? Well, if you keep reading, you’ll find out.

Japan has its own way of doing things, which can often seem strange, especially to an outsider. If you watched the last world cup, then you would have probably seen the news praising the Japanese fans for tidying up the arenas after each of Japan’s matches.

According to the Japan Times, which reported on the Japanese government’s figures from 2010, some 700,000 people live in a state of hikikomori, with an average age of 31.  Although according to the BBC which reported on the subject in 2019, the figure they reported is 541,000 or 1.57% of the population; this is disputed to be a lowball figure by experts. It’s safe to say that Japan is dealing with a bit of a crisis with people retreating into extreme forms of social isolation.

In Japan, you can go to a bar or restaurant and see the place heaving with people, but if you look a little closer, you’ll notice those people are more than likely they’re alone. It’s like there are two sides to the same problem, those who go out to be around others while still being alone, and those who just stay in and be alone.

I understand the pull to stay at home. I prefer being at home and on my own. My anxiety disorders make me want to stay at home with every fibre of my being, but yet I still go outside.

So what exactly is hikikomori? Well, they’re anyone who completely withdraws from social contact, often never leaving the house and becoming recluses in their parent’s homes. In extreme cases, they won’t even leave their bedroom for years at a time.

At first, you might just assume that the hikikomori suffers from a form of social anxiety disorder or agoraphobia, but it’s not that simple. Teo and Gaw (2010) have shown that hikikomori sufferers can be afflicted by several different and often comorbid psychological conditions. 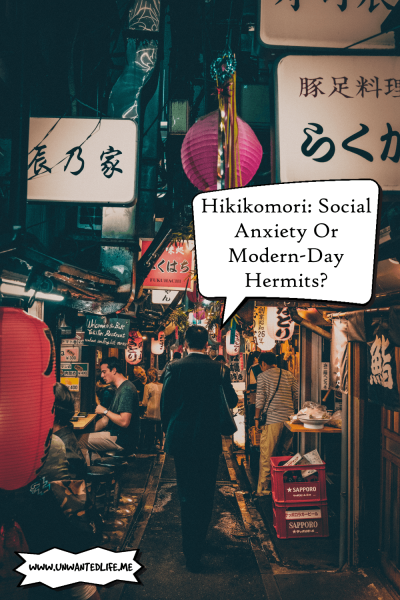 There are even suggestions of a link to developmental issues and learning disorders also being a factor in some cases of hikikomori (Psychology Today). However, they also state there is little support for that at present in Japan (Teo, 2010) and makes a case for abuse as a cause. Abuse in the form of neglect makes sense as a possible cause, given the extreme working conditions the Japanese have.

According to Teo and Gaw (2010), most hikikomori cases can be classified into a variety of existing mental health disorders, but there is a significant subset that doesn’t meet the required criteria for an existing psychiatric condition, suggesting a culture-bound syndrome. And why not? We already have Paris Syndrome, which is caused by the culture shock and disappointment of visiting Paris, which largely affects Japanese tourists.

In fact, Teo and Gaw (2010) state that hikikomori easily meets three of the four culture-bound syndrome criteria, also arguing that it actually meets all four criteria.

It seems the debate about if hikikomori is a new psychiatric condition or a cultural concept of distress is still going on, according to Teo et al. (2015). If not all cases of hikikomori are a result of a mental health condition, then could it be an act of rebellion? In a country that admires uniformity, where conformity is king, to the point that even being too much taller than the average can cause ostracisation, could this be the ultimate form of rejection of society and through rebellion?

I would argue that it might not matter if it’s a cultural syndrome or not if many sufferers can have one of several, or comorbid, mental health conditions. Thus, assigning it its own mental health classification could help work towards supporting and treating the hikikomori, rather than wasting time arguing over semantics.

Hikikomori features in a lot of anime and is a well-known anime trope, so if you’ve ever watched anime, you’re probably starting to remember how some of the characters in your favourite shows were probably hikikomori.

For example, one anime series that I really enjoyed watching had, not one, but two, hikikomori characters in it: No Game, No Life. The main characters, a brother and sister duo called Sora and Shiro, would spend all their time playing games, rarely leaving the house, and would have panic attacks if forced to separate or go outside. I believe No Game, No Life currently has its anime series and film on Netflix, so go check it out. 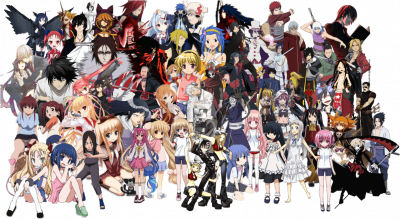 Outside Japan, there were just two reported cases of hikikomori, one in Spain and the other in Oman (Teo, 2010). However, according to Kubo et al. (2020), the phenomenon of hikikomori is starting to be found around the globe, with an estimated 300,000 hikikomori living in South Korea (according to an article on Nippon.com).

One of the interesting things about this condition is that technology seems to be playing a role, and if we’re not careful, we could all be living in a world much like in the movie, Surrogates. But not only that, what links Japan and South Korea is that children don’t tend to move out of their parent’s homes until later in life, compared to places like the UK and the US. Therefore, there could be a link between that and developing hikikomori.

What Support Is There For Hikikomori?

Because hikikomori seems to develop in school-age children, the long-term consequences of not tackling this growing problem are that the longer they live like this, the more likely their parents will die and they’ll have no one to support them. Could you imagine being in your 50s or 60s, with little to no experience of physical contact with the outside world, being thrown headfirst into having to find a way to adjust, and fast?

But there is hope.

There’s an organisation in Japan that has been set up to help hikikomori, called New Start. This non-profit offers two noticeable solutions for tackling hikikomori and withdrawn people.

Much like the befriender and mentor programmes we have in the UK and other countries, New Start has its own version, where you can rent an older brother or sister for your hikikomori.

You can rent your son or daughter an older sibling who’ll communicate with your child through letters, phone calls, and even visit once a week. This is done to help identify potential problems within the family, help them learn to make friends, and ease them into being able to go out to do activities with their rented older sibling.

New Start also offers dormitories as a communal living space with other hikikomori, whereby they create a space for independence. They also encourage participation in social events, volunteering, and work experience. They do this to foster a sense of companionship which will teach them about the happiness that socialising can bring.

Another form of treatment for those suffering from hikikomori that lives at home with their parents is family therapy, whereby you collectively work together as a family to try and improve the quality of life of the family and the hikikomori.

Although we have a well-established peer mentoring and befriending tradition in countries like the UK, the idea of using a dormitory-type treatment approach is interesting. To ease people into dealing with their anxieties around socialising and leaving their homes, maybe having them live in a shared space, like living in halls at university or shared accommodation, with added support, could be a useful treatment.

Being there with other people who are also suffering from the same issues could help them all learn to flourish and improve their quality of life. This would, of course, be done with their consent, and their freedoms wouldn’t be infringed on if they agreed to undertake this form of treatment. I honestly think this might be something worth studying and applying in the UK. What are your thoughts on a dormitory-style treatment for hikikomori and extreme socialising issues?

In the meantime, if you’d like help with tackling social anxiety, then check out my graded exposure article by clicking here.