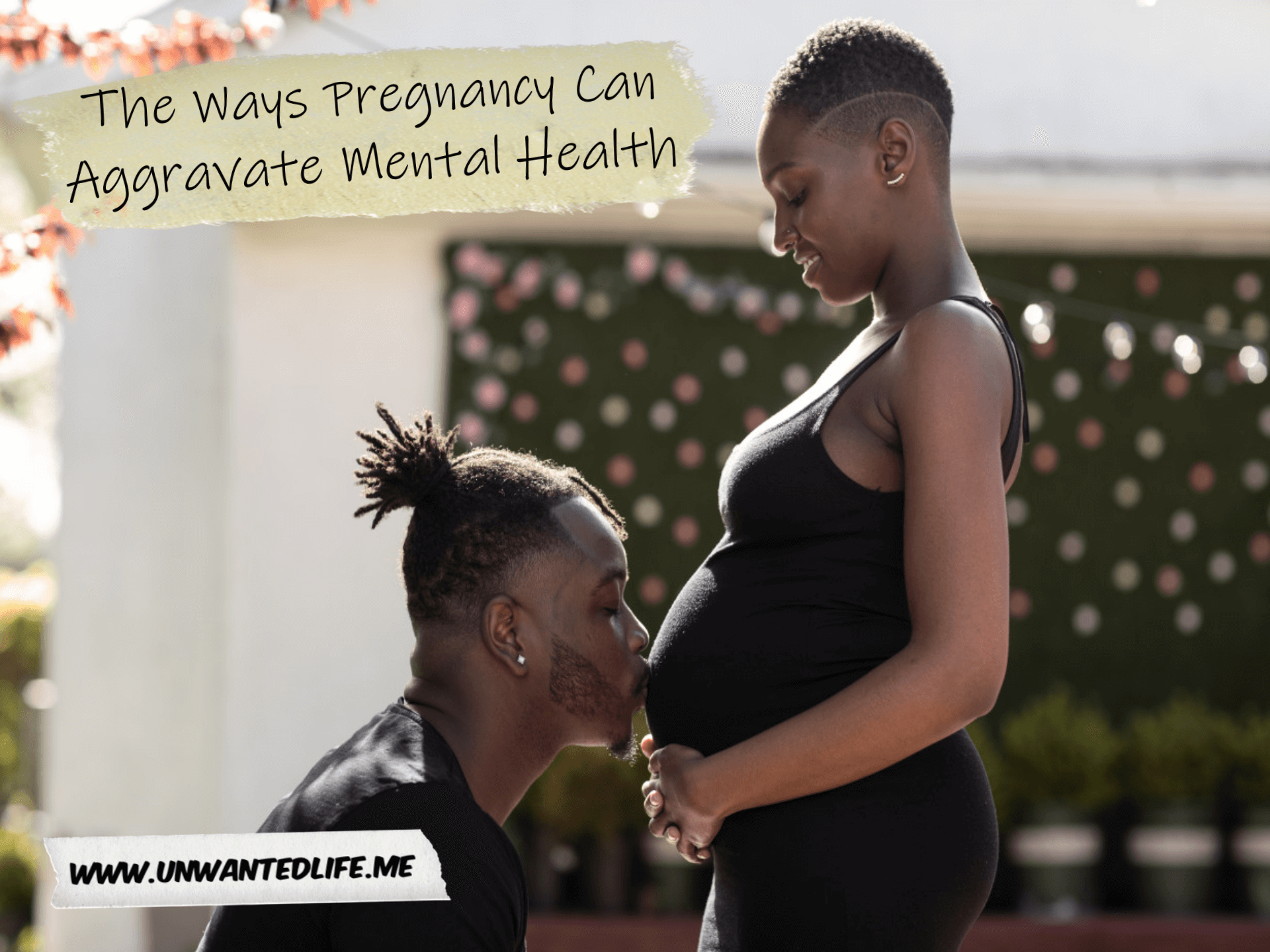 A couple of months ago I asked Twitter if there was a mental health topic that often gets overlooked. One Twitter user replied suggested how pregnancy can affect mental health as an overlooked topic. Unfortunately, the person that made the suggestion has a private account, so I can’t credit them. But I decided to follow through on their suggestion, and this article is the result.

There’s this myth that pregnancy is a very happy and exciting time, and in most cases, that can be true. However, some women will have mixed or even negative feels about their pregnancy. There’s nothing wrong or unusual about that. Of course, pregnancy is a significant change in your life. Pregnancy can be a difficult time for women because you have to deal with like morning sickness, and if you don’t have support around you, then there can be other things that could be on your mind causing worry and anxiety (Royal College of Psychiatrists), such as:

According to WHO, any woman can develop mental health issues during pregnancy or in the first year after delivery. Furthermore, extreme stress, poverty, migration, natural and other forms of disasters, exposure to violence (domestic, sexual, and gender-based), emergency and conflict situations, and low social support generally can and will increase risks of developing a mental health disorder.

Mental health problems during pregnancy and in mothers can lead to increased maternal mortality, due to adverse physical health problems but also due to suicide WHO (2008). The WHO states that 10% of pregnant women and 13% of those who have recently given birth will experience a mental health condition, which is normally depression. Furthermore, Oates (2003) reports on The Confidential Enquiry into Maternal Deaths 1997 to 1999, finding that suicide accounted for 28% of maternal deaths during that time. 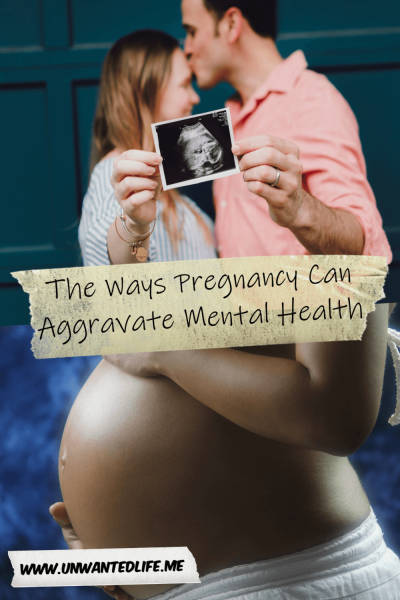 A less common mental health condition that could develop due to pregnancy is psychosis, which can lead to suicide but, in some cases, this can result in the newborn being harmed (WHO).

Here’s a list of some of the other mental health problems that can develop according to NICE:

Undiagnosed mental health issues during pregnancy and during the early years of motherhood can cause these women to not function properly, which can negatively affect those around them (WHO). Furthermore, depression and anxiety during pregnancy can increase the risk of obstetric complications and preterm labour (Alder, Fink, Bitzer, Hösli, and Holzgreve, 2007). Depression can also cause a reduction in responses to a child’s needs due to the suffering they’re enduring (WHO).

One of the issues with mental health and pregnancy is that some mental health issues that might have developed can go undiagnosed because symptoms such as fatigue and poor sleep are dismissed as being due to being pregnant and motherhood WHO (2008).

Because these mental health issues can go undiagnosed, and because of stigma, dealing with mental health and pregnancy can mean women are less likely to adequately care for their own needs. They’re also less likely to seek antenatal/postnatal care or stick to a health regimen WHO (2008).

This lack of mental health support can lead to pregnant women or mothers with mental health problems engaging with high-risk behaviours, such as alcohol and substance abuse WHO (2008).

Unfortunately, the stigma around mental health and pregnancy stops women from seeking help. This is largely due to the image we’ve all created about how pregnancy is a magical and happy experience, causing women to feel shame about not having that happy experience that’s expected of themselves (Marcus, 2009).

Dealing with mental health issues during pregnancy won’t stop you from being able to have a healthy baby with the correct treatment and care, and you shouldn’t suffer through your pregnancy due to fear of being judged. Health professionals are well aware that mental health can be affected by pregnancy and being a parent.

But here’s the good news: maternal mental health disorders are treatable. There are effective interventions that can be deployed to help you manage your mental health and overall wellbeing during and after pregnancy. So speak to your doctor if you feel you’re struggling with your mental health as you go through pregnancy and motherhood (and even fatherhood/parenthood too).

Having never been through the pregnancy experience myself, and each country being different, I want to state that it’s important to screen for depression and anxiety in pregnant women and new parents. Using such a screening tool would promote long-term mental health and wellbeing of both the parents and the babies (Biaggi, Conroy, Pawlby, and Pariante, 2016). I think that should be something we should make common practice everywhere if it’s not already.

As always, leave your feedback in the comments section below. Also, feel free to share your experiences with how pregnancy affected your mental health in the comments section below as well. If you want to stay up-to-date with my blog, then sign up for my newsletter below. Alternatively, get push notifications for new articles by clicking the red bell icon in the bottom right corner.

Alder, J., Fink, N., Bitzer, J., Hösli, I., & Holzgreve, W. (2007). Depression and anxiety during pregnancy: a risk factor for obstetric, fetal and neonatal outcome? A critical review of the literature. The journal of maternal-fetal & neonatal medicine: the official journal of the European Association of Perinatal Medicine, the Federation of Asia and Oceania Perinatal Societies, the International Society of Perinatal Obstetricians, 20(3), 189–209. Retrieved from https://doi.org/10.1080/14767050701209560.

40 thoughts on “The Ways Pregnancy Can Aggravate Mental Health”