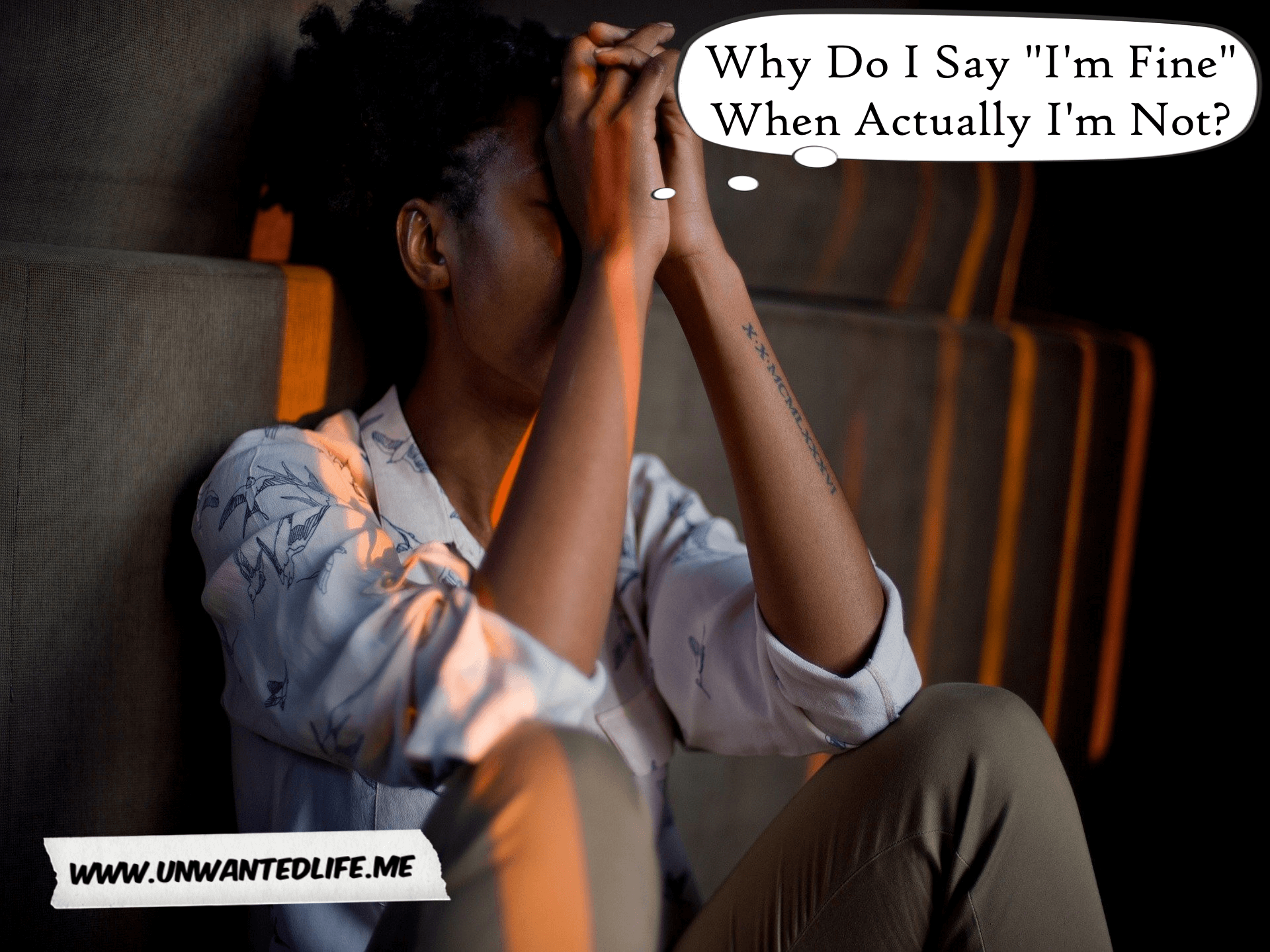 I think it’s pretty safe to say that most of us know when you ask someone how they’re doing and they say they’re “fine”, that’s code for they’re not fine. Yet we still don’t follow up on that. So why do we say “I’m Fine” when we’re not actually fine, and why do we ignore this well known unwritten code when we hear someone else reply with it?

There are a number of reasons why we might claim we’re “fine” when we’re not, and there are probably numerous reasons as to why these replies are overlooked or ignored. A lot of the latter might even be explained in my article: What To Do When Your Cries For Help Are Ignored.

The Mental Health Foundation commissioned a study on 2000 people and found that an adult will say “I’m fine” 14 times a week, but only 19% will actually mean it.

According to the study funded by Mental Health Foundation, 34% of people use the term “I’m fine” because it’s easier than explaining how they really are, and I get that, I really do. I have my own variation on replying to questions on how I am by saying “I’m alive” rather than “I’m fine”. I do this because its humourous, knocks people slightly off guard, and avoids me having to lie to someone about how I’m actually doing.

Here are a couple of examples of me doing just that on Twitter:

I'm still alive, so I can't be doing that bad

I'm still alive, how are you?

The obvious reasons we use the generic “I’m fine” reply when we’re asked how we are is probably a combination of several factors: politeness, awkwardness, fear of being a burden, and not wanting to be seen as struggling. The situation/context around where and when you’re asked could also be a factor.

Politeness and awkwardness is probably a common reason for a lot of British people, that’s for sure. After all, we say sorry for everything, even for stuff that wasn’t our fault.

As I said, I say it to avoid lying to people so I’m not claiming to be “fine” when I’m not, but I also can’t be doing with the hassle of explaining my complex issues to someone else either. If I’m not looking for help to find a solution, then I don’t see the point of wasting both our times on a pointless conversation. That’s a pretty bad way to look at life, isn’t it?

But like I said, context is also important. Say I was working for an addiction service as a counsellor, and I was having a session with a client and they asked me how I was, I wouldn’t be honest if I was having a hard time, nor would I use my usual phrase of “I’m still alive”, I’d lie and tell them I’m doing good.

However, the problem is, how are we going to get men to talk about their problems more or reduce the stigma of struggling (with or without a mental illness being a factor) if we can’t even talk to people more openly about how we really are?

The commissioned study by the Mental Health Foundation also found that 59% of us expect to hear a lie when we ask someone, “how are you doing?”. Although this gets weird if you’re British, often we say stuff like, “you alright?” as a greeting rather than an actual question, and thus we don’t expect an answer, but rather a similar rhetorical question as a greeting in reply. I know, we Brits are weird.

Anyway, back to the point. If we’re expecting to be lied to when we ask someone how they are, then why do we ask, and why don’t we care about how they’re really feeling? Well, the Mental Health Foundation funded study had an answer for that too. Apparently, 44% of those that took part in the study regretted asking how someone was doing if they got a reply they weren’t prepared for. This would probably explain why we Brits have evolved to ask “you alright?” and know not to expect an answer.

However, that doesn’t stop 23% of people who took part in the Mental Health Foundation study from thinking the person asking how they were wasn’t really interested in knowing the real answer. This is kind of depressing to hear, but probably is what a lot of us think, especially those of us with depression, like me. 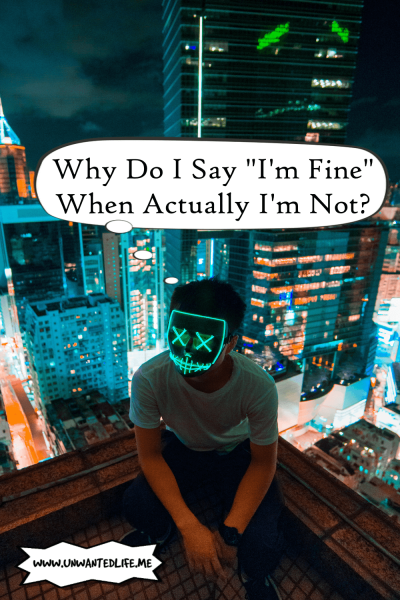 I don’t think I fit into that 23% myself, as I will share how I’m feeling if I feel it’s relevant in some way, regardless of if they’re really interested or not. However, I’m probably guilty of ignoring the unwritten code of “I’m fine” in my personal life, mainly due to being in the wrong frame of mind to handle someone else’s problems in my personal time when I’m struggling myself. Sometimes you have to put your own mental wellbeing first.

From time to time, I’ll follow up on the “I’m fine” reply, even if I’m struggling myself, but that tends to depend on how badly I think they’re really struggling (if it’s a cry for help situation or not). I’ve burnt myself out trying to help others before, due to my problems with people-pleasing, I never put my needs first, and I paid the price for that many times (The Dangers Of People-Pleasing).

Context and adherence to the code are probably important when asking how someone is, and if you’re asking in passing, you might not want to hear anything except some variation of “I’m fine” because you’re not really asking. But if you’re actually meeting up for a chat or something like that, then maybe they’d expect and want a more honest answer.

I think it’s time we all started to be a little more honest when we’re asked how we are if the situation/context allows for it. We shouldn’t be ashamed to share how we really are, and it’s ok to be struggling, as we’re all struggling. Life is a struggle.