The one year blogging birthday for Unwanted Life is finally upon us. So I thought that I’d do something a little different and talk about my first year blogging.

I’ll also talk about how my blog and I have evolved over this first year and look at some of my favourite posts. But before I get started, a big thank you for all those that have read my work: thank you! This is my first, first-year birthday, that I’ll remember, ha ha ha.

One of the first things I wanted to do when I started Unwanted Life was to do something for the mental health community. This led me to create a Petitions page, whereby I’d list and promote all mental health and disability petitions I came across to try and get them more support.

I’m also pretty proud of my Global Crisis Lines page, which I created to help people find support if they’re in a mental health crisis or need someone to talk to. I checked phone numbers, email addresses, and links to as many mental health crisis and support agencies for as many countries as I could find. Looking for confirmation that the information was correct if I couldn’t find a website for the agency stating these details. Which was a lot of effort. I looked at multiple sites trying to find a source to confirm the details were correct. I believe they’re all as accurate as they can be at present.

Unwanted Life started as a mental health blog, which was going to be based on my experiences of mental health. This would offer a slice of life view of what it’s like to live with mental health problems.

The blog now covers different disorders, psychological theories, and interventions, such as Positive Psychology. Plus other related content that doesn’t solely focus on my experiences. Although my experiences still play a big part in Unwanted Life’s content.

A lot has changed in regards to the direction of Unwanted Life over this first year. At first, I didn’t see the point in adding text to my featured images because, well, I was a total noob when it came to blogging. When I finally realised that adding this text was a good idea, if I wanted to get interest from users on Instagram and Pinterest, it took me ages to update Unwanted Life’s featured images, replacing them for every post. I don’t recommend it.

There were some other changes too. I’ve changed how I use social media to try and promote Unwanted Life. At first, I wasn’t really interested in changing my image sizes to the ideal sizes for each social media platform (Instagram, Pinterest, etc.), due to the amount of time and effort that would take up. But now, I create promotional images that fit each platform’s size preferences. My advice is to do that sooner rather than later.

My ‘Positive Psychology: The Theory And Its Interventions‘ post was my first about a psychological theory. It was a theory I’d initially dismissed when I first came across it whilst studying for my postgraduate degree because it came across as ‘pop psychology‘. However, I grew to like the theory and its interventions, and because of that, I decided to create a post about it.

Unfortunately, I got carried away with creating this post, and it ended up being really long. But I still love it. I’ve created several Positive Psychology intervention images based on this post, in the hope that they’ll be shared and thus help people improve their mental health.

Another one of my favourite posts is ‘Traction Alopecia: The Hair Pulling Question‘ because I took a new approach to write it. Instead of the usual way I write my posts, whereby it’s more descriptive or about my experience, I instead looked at multiple disorders that could explain how I ended up with permanent traction alopecia. I examined each condition one at a time that could possibly account for my resulting damaged hair follicles, and then passed a verdict on the likelihood of that condition being the cause. I also asked my readers for their thoughts about which condition was a more accurate diagnosis.

It was a fun post to write because it was so different from how I’d written everything else. It was also the first glimpse my readers had of seeing what I actually looked like. Besides these photos, only two people, my GP, and a dermatologist have seen the state of my hair. Making it quite a scary step to take to put these pictures of my lack of hair online, as I’m deeply ashamed of how my hair looks.

‘Which Winnie the Pooh Character Are You?‘ was another post that took a different direction to my usual posts. This was the first post I created that was driven by my move into more generic mental health writing. This is because it’s meant to be the preferred style for readers, which should improve my blog traffic. I used a keyword search on mental health, and Winnie the Pooh popped up as one of the common search topics related to mental illness. Thus, I started researching the idea and created my own take on which disorders the Winnie the Pooh characters could represent.

The reasoning behind the post seemed to pay off because it became my first successful post. So not only was it fun to create, but it also seemed to be a hit with my readers.

However, I’m not trying to find a balance between the generic mental health blogging and my personal experience, because I’m a nobody so why would anyone care about what my life is like? Hopefully, I’ll find the balance I’m looking for.

This next post was created because I’d seen how badly people reacted to criticism. Plus I’ve seen how people will feel it’s ok to attack people if they present it as if it’s just them expressing their feelings. Thus, the ‘Eating The Criticism Sandwich‘ was born.

The idea was that it would hopefully lead to people communicating better so that people don’t get defensive because they feel attacked. If they don’t feel attacked, then they can engage in proper dialogue and change can be promoted.

Lastly, ‘Brexit And Hate Crimes: Do You Feel Safe?‘ wasn’t one I intended to write as I didn’t want to bring politics to my site. Also, I was concerned that talking about Brexit might bring abuse and trolls as well. That’s because Brexit is a very divisive topic that has inflamed all sides. However, I was able to write it in a way that didn’t bring in the ‘leave Vs remain’ aspect of Brexit, but rather how Brexit has led to minorities, like me, to fear the rise in hate crime.

I think the post genuinely reflects the mood of a lot of minorities at the moment, and also how I felt due to my anxiety problems. The post also did a good job of talking about Brexit, without making it an issue about if leaving or remaining is the right course of action.

Well, that’s my five favourite posts for my first blogging birthday. Would you have picked different ones as your favourite five? Or do you agree that some or all of these are Unwanted Life’s best posts so far?

Over this first year, I’ve been interviewed for a couple of blogs, wrote some guest posts, and had an extract from one of my posts appear in another blogger’s work. Which has helped motivate me to keep blogging, and I’m thankful to those people for giving me the opportunity. 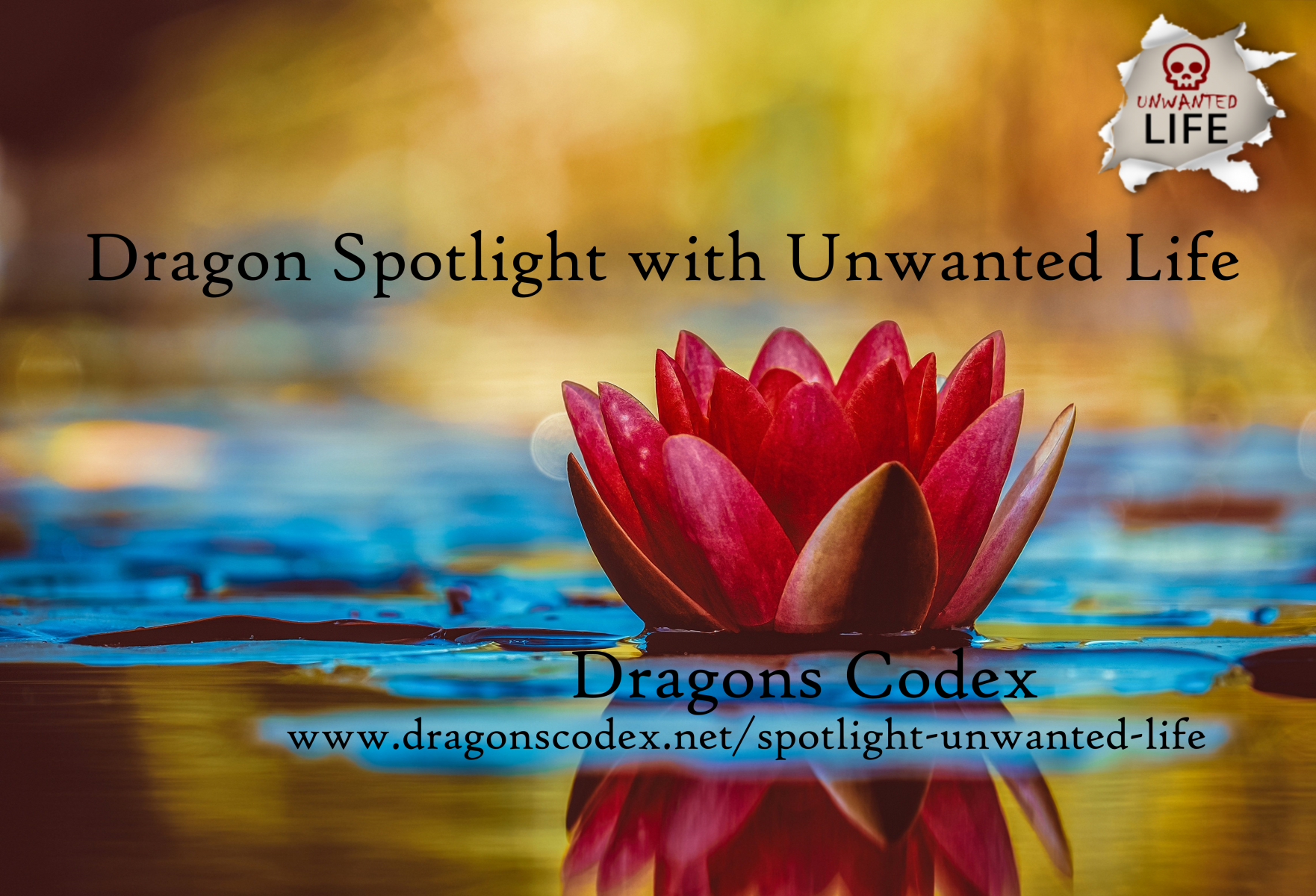 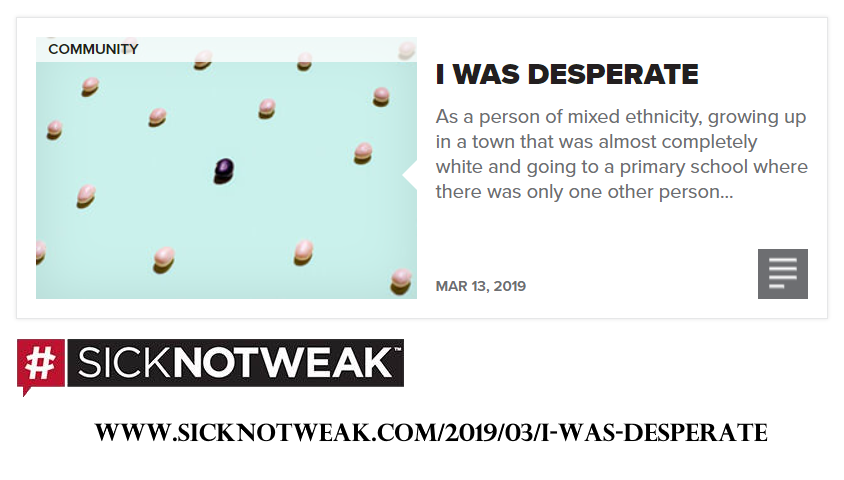 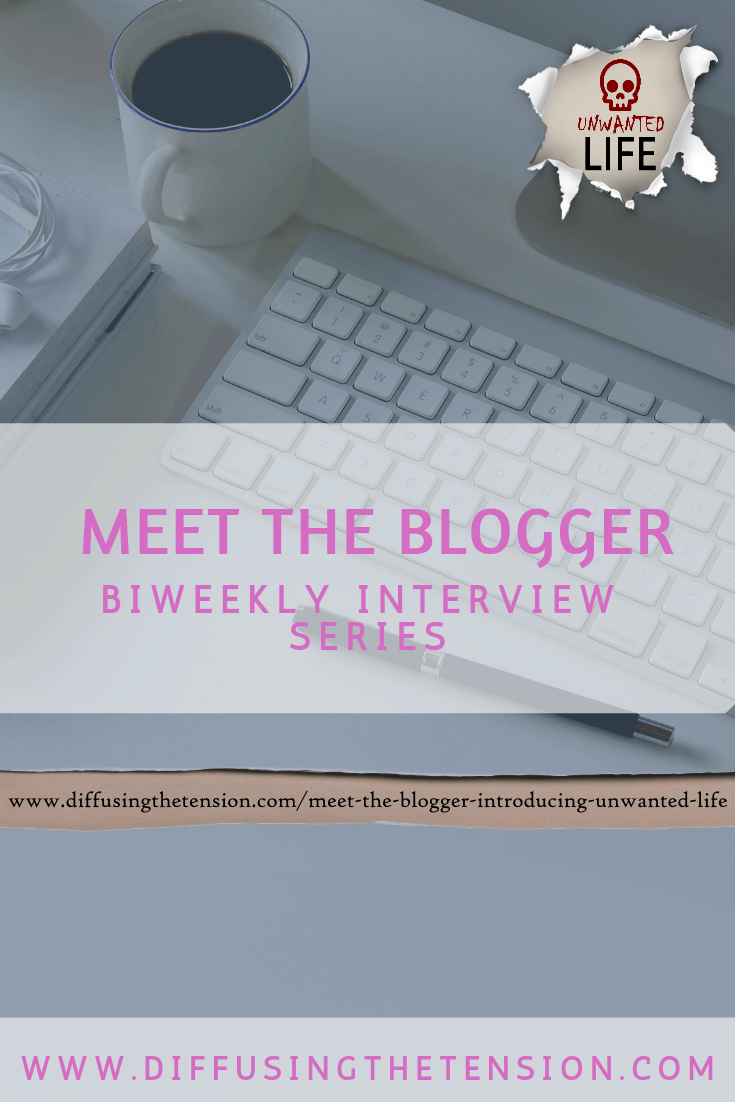 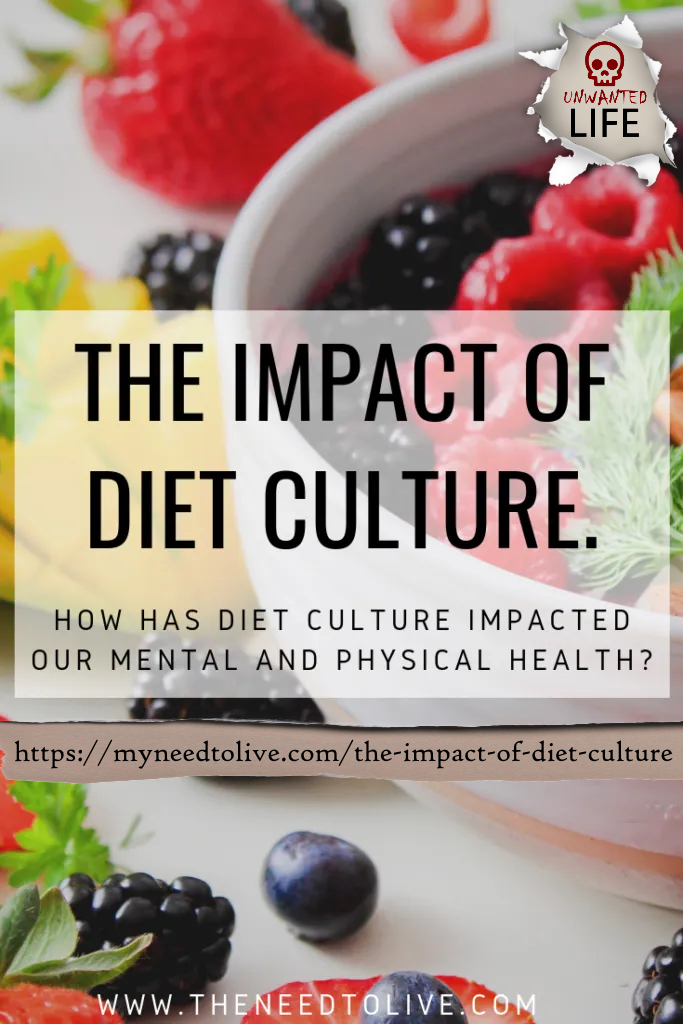 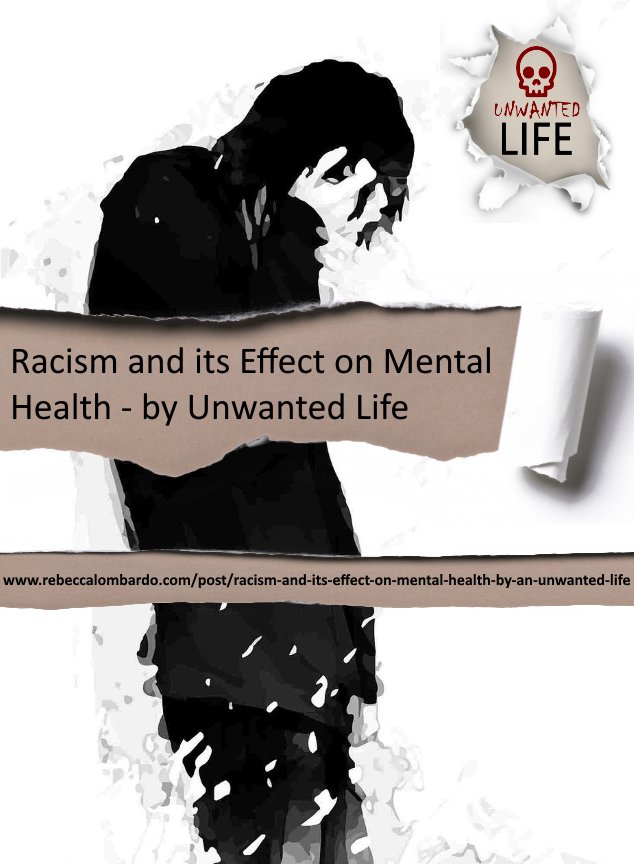 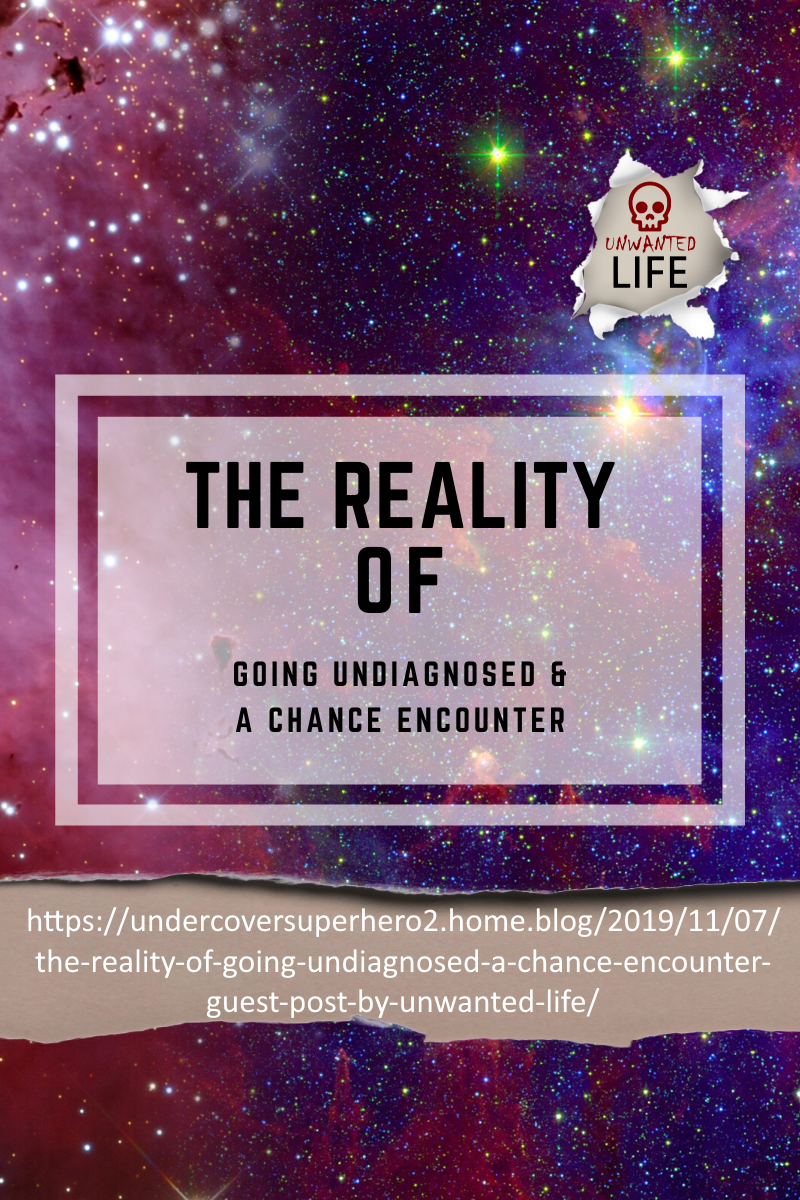 Unwanted Life is officially one year old. Hopefully, the blog will get better with age like a fine wine, as I and my site mature. Bring on Unwanted Life’s second birthday.

As always, leave your feedback in the comments section below. Also, feel free to share your experiences of blogging, birthdays, and reaching milestones in the comments section below as well. If you want to stay up-to-date with my blog, then sign up to my newsletter below. Alternatively, get push notifications of new posts by clicking the red bell icon in the bottom left corner. 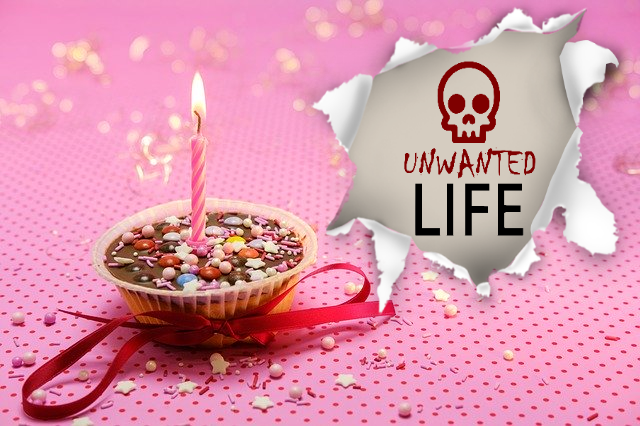 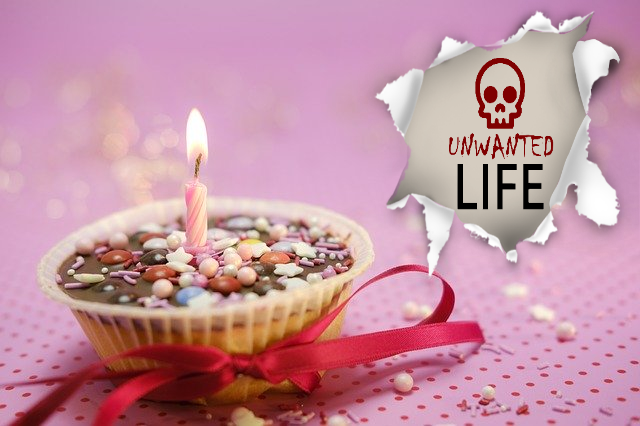 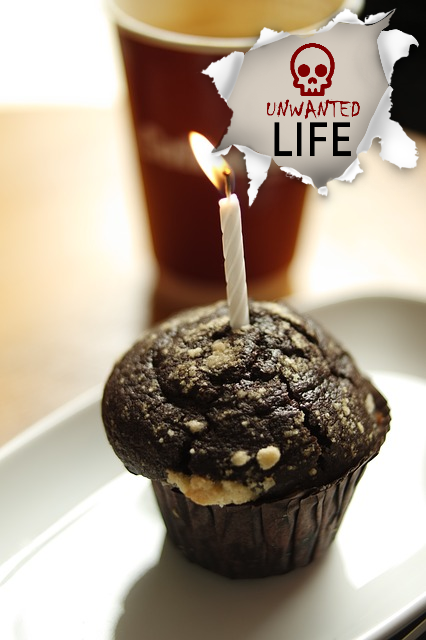 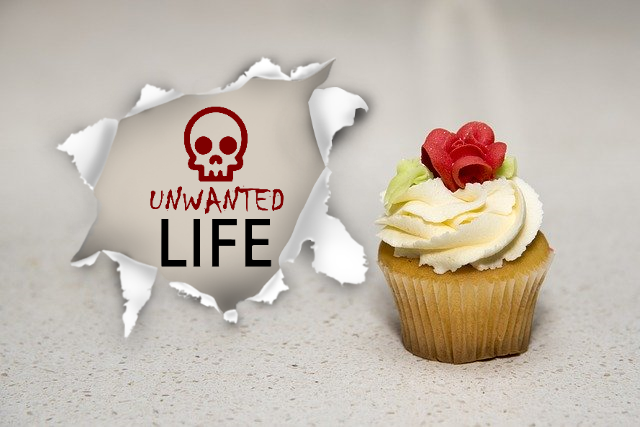