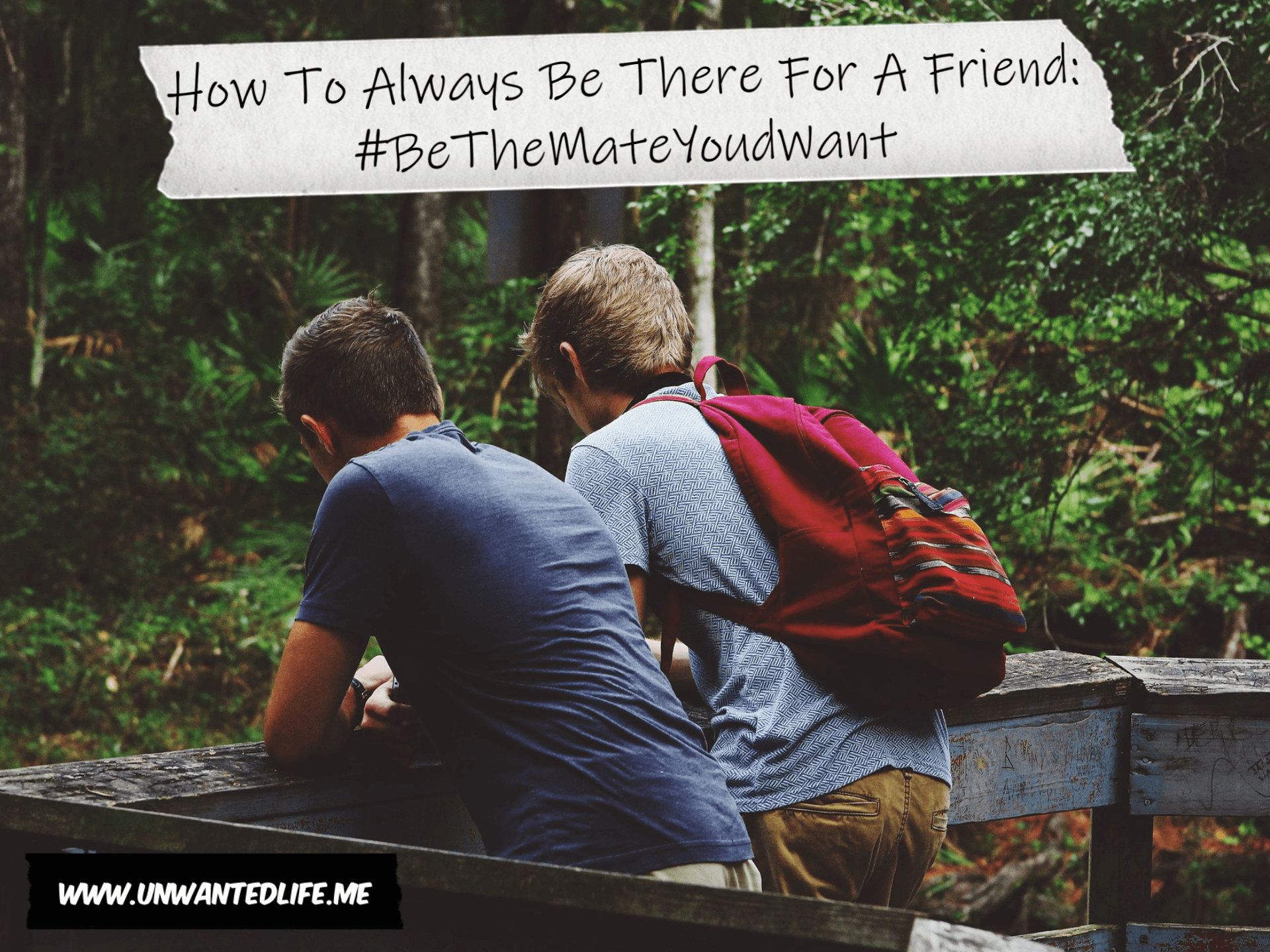 Rather conveniently for Men’s Health Week, I ended up meeting with a male friend who’s been having a tough time as of late. Although we haven’t really seen or talked to each other that much lately, I’m always there for a friend: #BeTheMateYoudWant.

This Saturday just gone, we meet up, had a few beers, went to dinner, and had a good talk. A healthy mixture of banter and real talk. Seems to be easier to talk that way as a guy, or maybe that’s unique to British people.

We talked about his recent breakup, work, stress, and mental health issues. But we also joked about sleeping with each other’s mums, as you do. I already knew he’d had some problems with social anxiety because we’d talk about it before, and at the time he was about to start therapy for it.

To be honest, I was surprised that he even had any mental health problems. But people say the same about me. I guess we’re both good at hiding it, which is probably why it’s now becoming more of a problem. Hiding our struggles, especially from the ones we love, means when we really start to struggle, our loved ones don’t know what’s going on. This can put a real strain on a relationship, and can often lead to relationships ending.

Since meeting up, we’ve been exchanging a lot of messages discussing what’s going on. He’s opened up about a lot of issues that he’d been hiding for the first time. He also asked about my mental health and relationship problems, which I was more than happy to talk about (especially if it might help them).

I knew he’d sort treatment before for social anxiety, so I asked about that. This lead to us talking about graded exposure, which he was introduced to when he was seeking therapy. I explained this method in more detail and how I found it effective. We also discussed how he could use this method, if he wanted to try it, in small manageable chunks to help retrain his brain.

It’s rare that a male friend has opened up to me, and I’m always there for those who want to. But it also rare that men open up at all or seek help/support in general. Something that needs to change.

This is why I’ve added suicide statistics to this blog article, to highlight just how much of a problem it is for men still. Men don’t tend to reach out for help, they don’t tend to open up to their friends, and just try to tough it out because that’s what men do. It’s time men realised that behaving like this might actually lead you to an early grave. For more information on mental health, please check out this article: Mental Health: Painting A Picture Of The Issues With Statistics.

I have found that, over the years, people I know in general seem to open up to me about a lot of stuff unexpectedly. I guess it’s because I’m pretty open about my mental health and other health problems.

But it’s good, it’s been a while since I felt there was a proper friendship connection with someone. I’ve generally dismissed everyone I know as just being someone I know, rather than a proper friend. So it’s good to know that I can see this person as a real friend.

Men are 3.5 times more likely to die from suicide in the US than women

It feels good to be of use to someone, even if it’s mainly just being there for them and offering support.

I have another friend with whom I don’t have much in common when it comes to the kinds of stuff we like. But somehow we still get on, even though he’s also like 10 years younger than me. He often seems to open up to me about stuff as well. But for him, I think part of it is that I’ll tell it to him straight, in a supportive way. Plus, I don’t know any of his other friends. 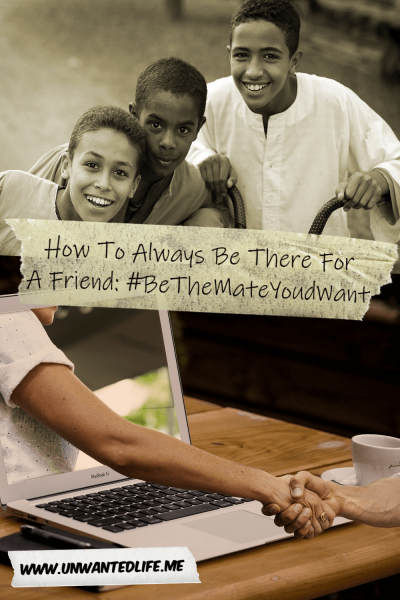 Like most British lads, ripping the piss out of each other all the time is how we show we like our mates. But proper friends are also there for each other when it counts. That’s the most important thing to remember.

So encourage your male friends (and all friends and family members) to share more. Being able to open up about our problems can change lives, and in some cases, save lives.

Well, that’s the end of my article. If you’d like some advice on helping to maintain a relationship when one or more of you have a mental health condition, please check out my article: The Best Tips For Maintaining A Relationship According To Twitter.

Always Be There For A Friend

As always, leave your feedback in the comments section below. Also, feel free to talk about your experiences with male friends (or friends in general) opening up with you in the comments section below as well. If you want to stay up-to-date with my blog, then sign up for my newsletter below. Alternatively, get push notifications for new articles by clicking the red bell icon in the bottom right corner.

If you feel you need help, then visit my Global Crisis Lines and UK Crisis Lines pages for a detailed list of Crisis Lines, Help Lines, Text services, Webchat, and more you can contact.

23 thoughts on “How To Always Be There For A Friend: #BeTheMateYoudWant”