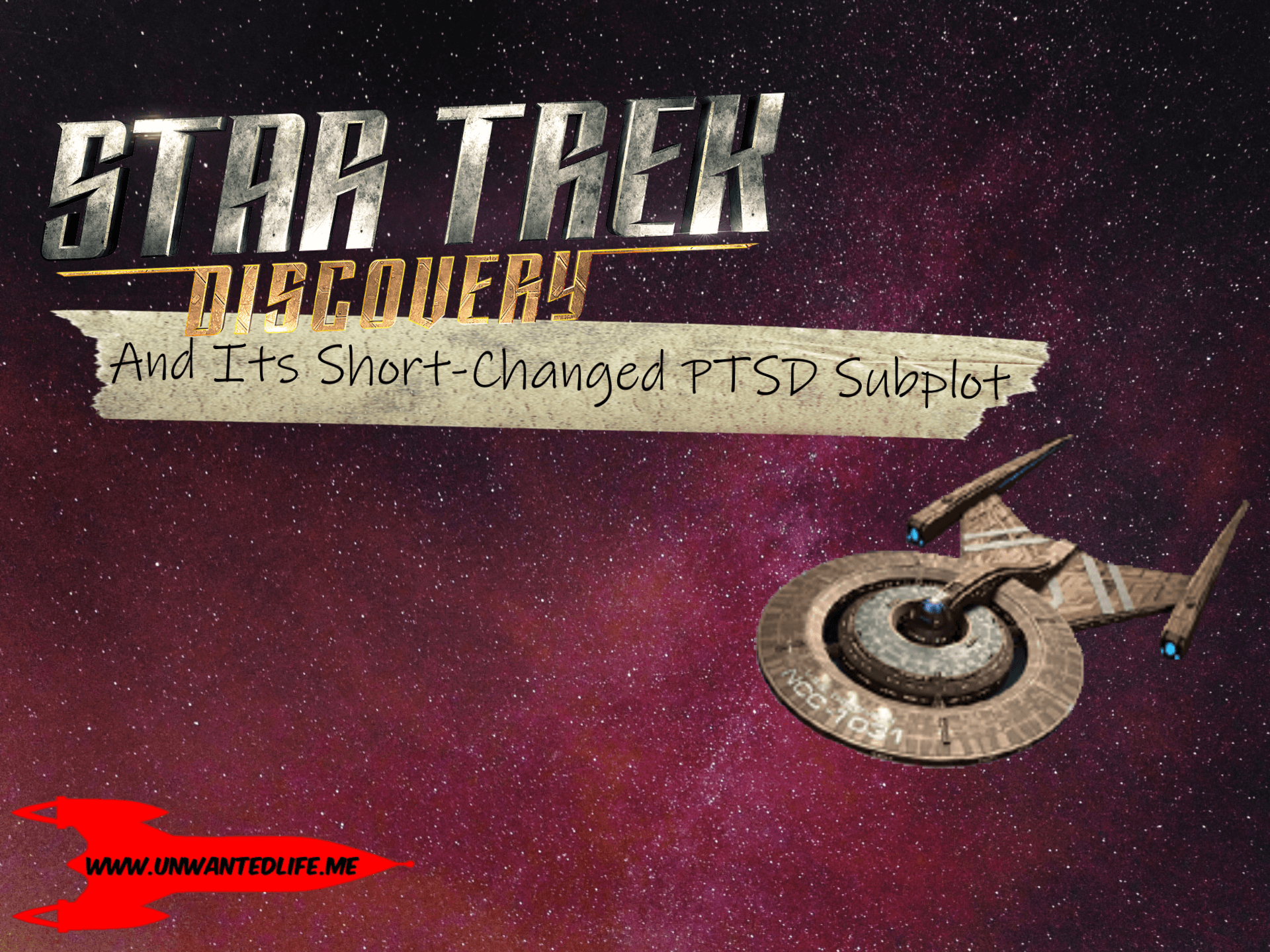 Star Trek: Discovery is a real love it or hate it kind of Star Trek show. But all that aside, why did the show introduce a post-traumatic stress disorder (PTSD) subplot to one of the main supporting characters that could have developed them more for the audience, to then do us dirty?

In order to try and avoid spoilers, I’m going to avoid using character names where possible and avoid talking about any of the other plots of the show. However, just in case:

The basic synopsis of Star Trek: Discovery is as follows:

Ten years before Kirk, Spock, and the Enterprise, the USS Discovery discovers new worlds and lifeforms as one Starfleet officer learns to understand all things alien

But over its three seasons, it’s basically taken a life of its own with it potentially, in my opinion, by placing itself in a timeline none of the other Star Trek shows inhabit. Season three is where the PTSD subplot takes place within this new timeline. This season, season three, takes over from where the crew of Discovery travel to over 900 years into the future, making them a living antique in their new present in all but one, very important, way.

This has allowed the writers to explore a completely unsaturated time period for the franchise, although some of the aspects they decided to go with, in my view, weren’t great. But that’s beside the point.

Anyone exposed to a traumatic event or a series of events that results in causing trauma can develop PTSD. According to PTSD UK, PTSD is a memory filing error disorder, although it’s better known for sufferers reliving flashbacks and nightmares related to their trauma (NHS).

Lt. Keyla Detmer, as played by Emily Coutts, develops PTSD right off the bat in season three of Star Trek: Discovery. Some people might at first try to write it off as something else, like a cybernetic implant malfunction, but to me, it was clearly only one thing, PTSD. So what happened to cause this?

Well, the starship Discovery travels to the future through a wormhole, which forces them into what is basically a graceful crash landing. This crashlanding was only achieved through the skills of the pilot on Discovery, Lt. Keyla Detmer, who had to pull off a thermal roll, whatever that means. Anyway, they crashland with minimal casualties. However, what should have been a great relief was anything but for Lt. Keyla Detmer as she starts to show signs of PTSD after barely surviving this life or death situation.

After Lt. Keyla Detmer gets the once over in sickbay, she’s cleared for duty, but something is amiss. As Lt. Keyla Detmer returns to her duties as a pilot and tries to take off with the ship, she experiences what to me seems like classic PTSD symptoms. These symptoms start to interfere with her ability to do her task, which puts the Discovery in danger. This then becomes a small but recurring pattern.

As the episodes come and go, it started to seem like the crew of the starship Discovery had begun to notice that Lt. Keyla Detmer was struggling with something. After a freakout in episode four, Discovery’s main co-star doctor, Dr Hugh Culber, played by Wilson Cruz, asks if she’s ok and starts to seem like the doctor has finally realised their something wrong with Lt. Keyla Detmer.

However, by the next episode, nothing is done with this scene between Dr Hugh Culber and Lt. Keyla Detmer and its never spoken of again. Which just doesn’t make sense for Dr Hugh Culber who has had his own very traumatic experience that caused him mental health problems. Thus, we find Lt. Keyla Detmer back at her post and experiencing PTSD on the job, like it’s not a bad idea.

In one episode, however, Lt. Keyla Detmer needed another crew member to interject in order to pull herself back together when she experienced PTSD symptoms. It boggles the mind that she hasn’t been put on medical leave and been given a treatment plan, so she could work on her PTSD, allowing her to recover so she can return to her post, when and if she’s ready.

As I watched episode seven, I realised the PTSD seems to have disappeared from the storyline, and I really wasn’t sure if they would bring it back at a later point or not. Given that they certainly haven’t made any reference to treatment for it, it seems like that would be the likely outcome. Ideally, it would mean if it does return, it is likely to be a factor in something that almost gets everyone killed in a key plot point.

In episode eight, Lt. Keyla Detmer talked about needing fail-safes being added, with their friend saying they never needed them before. Therefore, this would indicate that nothing had improved in regards to Lt. Keyla Detmer’s PTSD and that there’s been no off-camera treatment. It would also suggest that no one on the crew still hasn’t picked up on the PTSD either.

My ideal outcome for a way to bring focus to the importance of getting treatment for PTSD never came to fruition. I hoped that the PTSD subplot would have led to a big incident where the overlooked PTSD leading to an unnecessary life or death event. It seems the scriptwriters had other ideas and have allowed Lt. Keyla Detmer to conquer her PTSD by doing a dangerous flying mission, fixing everything like magic. After that, no more symptoms of PTSD. If only we could all get better like that. 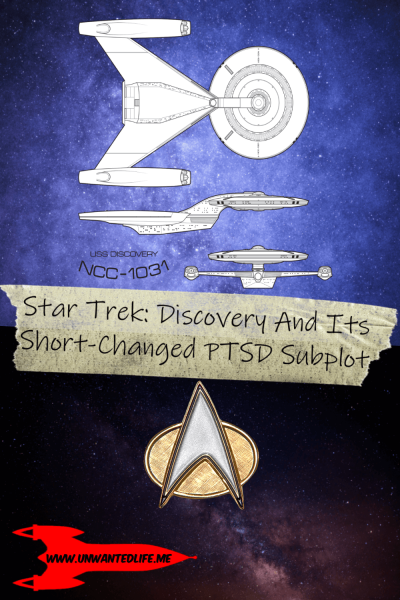 In the Star Trek universe they have access to medical technology that can pretty much deal with any and all physical health issues, mental health ones, however, are still be common long-term problem. This is why it was weird that no one seemed to recognise Lt. Keyla Detmer quite obvious PTSD symptoms.

Furthermore, how come the crew of Discovery doesn’t have an onboard counsellor as they did in Star Trek: The Next Generation? Especially because in Star Trek: The Next Generation, Lieutenant Reginald “Reg” Barclay became addicted to using the holodeck due to finding it easier to form and maintain relationships there than in the real world. Therefore, it’s likely he suffered from social anxiety before developing this addiction.

They dedicated an entire episode to exploring the character’s holodeck addiction, which was called Hollow Pursuits. Using the show to talk about holodeck addiction (or Holodiction) for non-substance abuse would have been an eye-opener for a lot of people who might not have considered that other forms of addictions existed, especially in the early 90s. They then touched upon this addiction again in Star Trek: Voyager’s Pathfinder episode. So why didn’t the writers for Star Trek: Discovery no want to carry on this tradition and properly tackle PTSD? 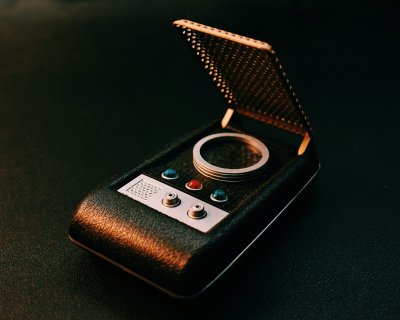 Times have changed since Star Trek: The Next Generation and Star Trek Voyager, with shows needing more action to keep people watching, instead slowly dripping the subplot over several episodes rather than dedicating an entire episode to a subplot. Which would be fine, if none right, but it all amounted to nothing, which is a real shame.

PTSD would seem like a likely condition a lot of people would be at risk of developing in the Star Trek universe, given the stressful situations they often find themselves in.

The writers should have done this PTSD subplot justice. It could have helped other sufferers, military, first responders, and even regular people seek help if it had been done right, rather than the character just magically fixing themself. This magical fix can give the wrong impression of PTSD and make sufferers feel inadequate for not being able to “just get over it” as Lt. Keyla Detmer did.

I know the Federation is meant to be an idealised existence, free from petty things like capitalism and greed, but that doesn’t mean mental health wouldn’t be as much of an issue in their universe as it is in ours. Sentient life comes with the risk of mental health issues, even animals can have mental health issues like neurosis from poor treatment.

The sloppy PTSD subplot was a failed character development on several levels, not just for Lt. Keyla Detmer that was experiencing PTSD, but also to their crewmates, seeing who helped, who didn’t know how to help, and who didn’t want to help. Instead, we’re left thinking that none of the crew cared enough to help Lt. Keyla Detmer deal with very visible PTSD, putting everyone’s lives at risk in the process.

Although the show did us dirty on the PTSD mental health storyline and character development, the show at least expanded on its inclusiveness. The show added a character that wanted to be referred to by the they/them prefix, as the character stated they never felt like their birth gender identity. The show also has two gay male characters who are in a relationship as well. But I won’t tell you who any of these characters are in case you haven’t watched the show yet.

It’s nice to see them carry on the tradition first started in Star Trek: The Original Series, where they aired the first interracial kiss on TV on the 22nd November 1968. What’s more, the kiss was with the first black woman to have a continuing co-starring role as well. A couple of milestones right there.

As always, leave your feedback in the comments section below. Also, feel free to share your experiences of PTSD, your thoughts on the PTSD subplot on Star Trek: Discovery, and your thoughts on Star Trek: Discovery as a show in the comments section below as well. If you want to stay up-to-date with my blog, then sign up for my newsletter below. Alternatively, get push notifications for new articles by clicking the red bell icon in the bottom right corner.

38 thoughts on “Star Trek: Discovery And Its Short-Changed PTSD Subplot”