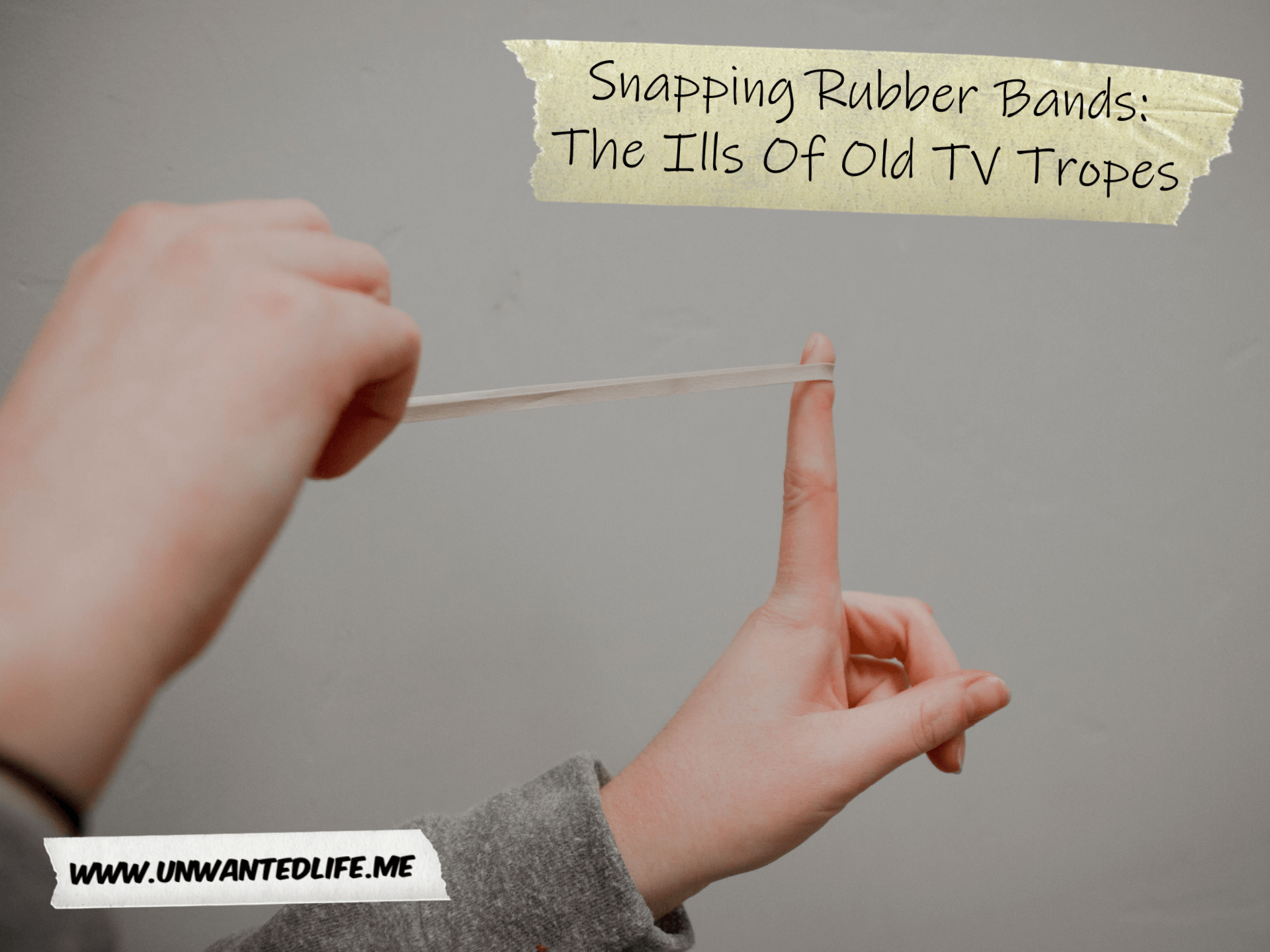 It’s a common trope in films and TV shows, where someone has an elastic band around their wrist or they’re told to have one and snap it to stop bad thoughts. Sounds good, right? Wrong. Keep reading to find out why snapping rubber bands is a bad idea.

This article will talk about self-harm, which might not be evident by the title of this article. Thus, please be careful if this topic might be triggering for you.

Is It A Trope?

I’ve seen the use of snapping rubber bands so often on TV shows and in films that now if I see anyone with a rubber band on their wrist I know it’s to indicate that they have a mental health issue or learning disability of some sort.

Snapping rubber bands probably isn’t recognised as a troupe, and if it’s not, it should be, because it’s a lazy device used to say theirs something different about a character. How’s that different to bad cowboys having black hats and good cowboys having white hats in old westerns?

To illustrate my point, I thought I’d list a few films and TV shows I’ve seen where snapping rubber bands on a character’s wrist or arm features in them. After you’ve read this, let me know if you think this should count as a trope in the comments section below.

In Mile 22, Wahlberg’s character Silva is introduced as being some sort of bipolar genius whose brain moves so fast that sometimes he can’t cope. On a practical level, what this means is that, throughout the film, Silva has a rubber band on his right wrist that he’ll compulsively snap in order to help him focus.

I’ve watched this film, and it’s a good film, but I’m not sure what they were trying to go for with the rubber band snapping in Mile 22. James Silva, played by Mark Wahlberg, apparently wears and snaps a rubber band because he’s gifted but with issues (some kind of high functioning Aspergers maybe?), as a way to help him focus. Someone even asks what James Silva’s psychological problem is and then later on his team speculate on his mental health problem. However, throughout the film, he just seems to be snapping the rubber band out of nothing more than habit.

Have you seen Mile 22, if so, what are your thoughts on James Silva and his rubber band snapping?

In the third (and last?) instalment of the Taken franchise, they introduce a character, Franck Dotzler, played by Forest Whitaker. The Franck Dotzler character has a couple of quirks, the first being that he carries a chess piece around and the second being that he constantly snaps a rubber band around his wrist. However, there doesn’t seem to be a reason for these quirks. Maybe the quirks were inserted because Franck Dotzler needed to be marked out as being different, unique, in the way he thinks and behaves. At least that would be my guess.

The Suite Life on Deck

The Suite Life on Deck also used snapping rubber bands as a way to stop Cody from having thoughts about Bailey in “My Oh Maya” (episode 4 of season 3). This is a show aimed at teens, which seems an odd behaviour to introduce as an unhealthy way of coping with thoughts you don’t want. Especially as self-harm is an issue among 14-year-old in the UK, with 22% of girls and 9% of boy engaging in self-harm (BBC News).

In episode 14 (Whose Appy Now?) of the third season of E.R, snapping a rubber band features in Dr Greene‘s love life. Also, someone is advised to snap a rubber band to overcome their rituals and is considered as a way to stop someone else sucking their thumb. 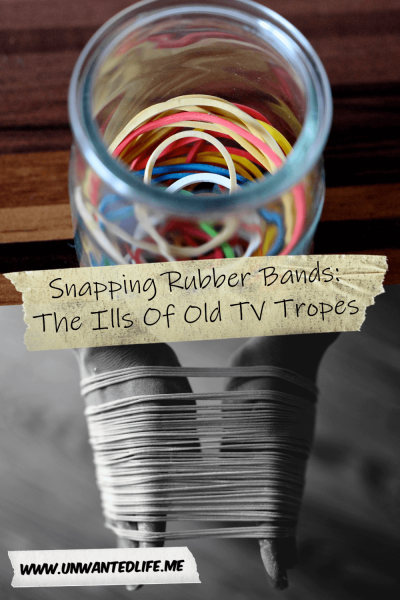 The Problems With Snapping Rubber Bands

The problem with snapping rubber bands is that you’re training yourself to use physical pain to distract yourself from emotional and psychological pain and discomfort. In short, you’re teaching yourself to self-harm. By that I mean, you’re intentionally hurting yourself to cope with other forms of unpleasantness. If you engage in this behaviour long enough, this behaviour will become automatic and could extend to more harmful ways of causing pain to cope with similar or worst situations and feelings.

The reason why snapping rubber bands can lead to the development of self-harming behaviours is the same reason Pavlov was able to train dogs to salivate at the sound of a bell: association. We all start to salivate when we’re about to eat because it’s part of the eating and digestive process. Pavlov took advantage of this natural response by ringing a bell every time he presented the dogs with food. With enough pairings of the sound of the bell and food, the dogs learnt that the sound of the bell meant food was coming. Thus, you could then ring a bell and the dogs will start to salivate in readiness for food, but without the food being presented. This is known as classical conditioning.

Thus, it’s possible the same process of relying on pain to distract us from our negative thoughts and feelings could be subjected to the same classical conditioning response. The result of which is the person learning that the only way they can cope with negative thoughts and feelings is to use pain, or any difficult situation, for that matter. Pain becomes associated with relief.

On the whole, most people might be alright using this snapping rubber band method, but for those of us with mental health issues, especially depression, are at risk of turning pain into an unhealthy way to cope with their issues.

What TV shows and films have you seen with someone snapping rubber bands in?

As always, leave your feedback in the comments section below. Also, feel free to share your experiences with snapping rubber bands in the comments section below as well. Don’t forget to bookmark my site and if you want to stay up-to-date with my blog, then sign up for my newsletter below. Alternatively, get push notifications of new articles by clicking the red bell icon in the bottom right corner.

Self Injury Support – Support service for women and girls affected by self-injury, trauma, and abuse.