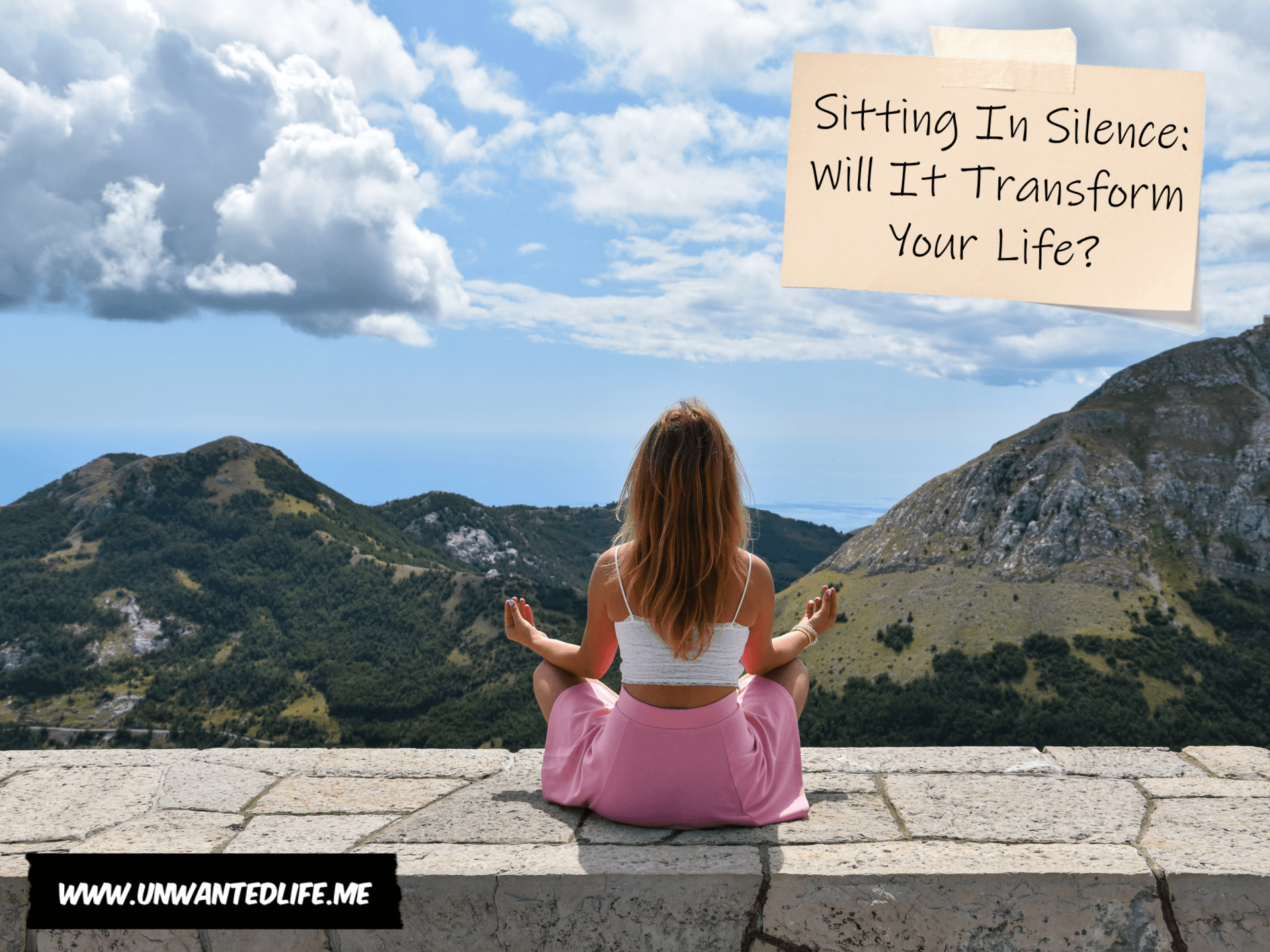 Recently, I’ve found myself doing something rather peculiar to me. I’ve been sitting in silence for long periods, not knowing what to do with myself, lost in thought. This is peculiar for me because I can’t stand silence.

My Experiences With Sitting In Silence

The other day I found myself sitting in silence after washing and cleaning my teeth, all because I didn’t know what to do with myself. I could have caught up on my shows like I normally do, but I didn’t. There was also other stuff I could have done, but I didn’t have any drive to do that either. So I just ended up sitting there in silence for about an hour, slowly having an existential crisis. 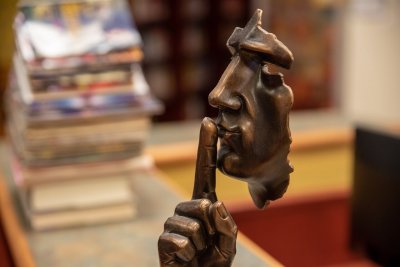 Since becoming suicidally depressed when I was eight years old (Suicidal Child), I’ve always had to be doing something, anything, to keep my suicidal thoughts away. This often results in me multitasking to keep me from slipping into a crisis.

To be sitting there in silence while these existential thoughts flooding my mind isn’t good for me. But at least it doesn’t lead to any suicidal actionable behaviour like it used to. I’m just not sure why this has been happening because it is very strange and risky behaviour for me.

But for some reason, recently, after I do my morning routine of cleaning my teeth, going to the toilet, and then washing, I just sit down on my sofa in silence and slip into a crisis.

It’s hard to describe exactly what this is to someone who’s not experienced it themselves, and because I don’t understand why I’m doing something that’s quite risky for me to do, I don’t know how to explain it to someone else either.

As I’ve already stated, what makes me sitting in silence even more penciler, is that I hate silence. Silence has always been my worst enemy. My mind can’t handle the lack of stimulation and will do whatever it needs to do to fill it to avoid my existential dark thoughts.

When I tried group therapy, where it’s not exactly silent, but isn’t stimulating enough for my mind, my mind will entertain itself with songs, make up tunes, or just random noises (My Experience Of Being In Group Therapy: Part 1). The same happens when I’ve tried stuff like meditation as well, making it impossible for me to clear my mind.

Thus, sitting in silence is very out of character for me, because it allows my mind to wander down dark paths, which is why I do whatever I can to keep my mind distracted. Does anyone else have this problem?

The Supposed Benefits Of Sitting In Silence

I’ve come across a lot of information about how sitting in silence can be beneficial over the years, but none of it seems to be true for me. How about you? Here are a few examples of the ones I’ve come across. 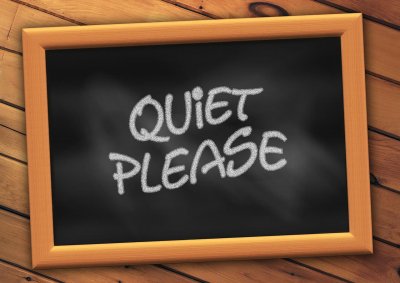 Sitting in silence helps you remember who you truly are underneath it all and why you’re here on this planet. It helps you reconnect with the center of your being and the Truth of who you are.

If this was true, then what I am underneath is just someone who wants to die, which is even more reason to avoid sitting in silence.

I don’t think you need to sit in silence to reconnect with who you are; you can do that when you’re lost in music or having a laid-back late-night conversation sitting out amongst the stars: I miss doing that.

When you are able to sit in silence you appreciate things, everything anything and nothing so much more. This appreciation opens your heart to emotions you never knew you had, one of them being love for silence and the beauty around you. You can’t help but feel love. 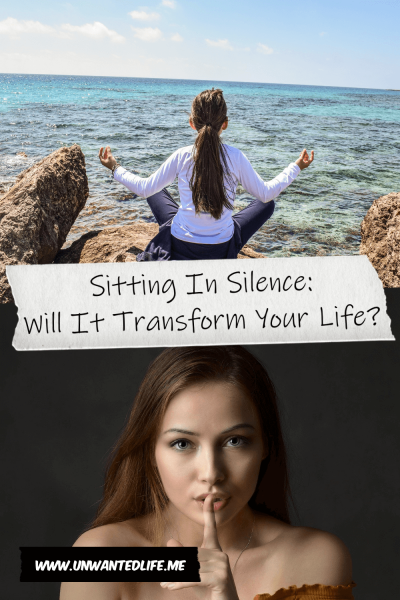 For me, sitting in silence is when I can least appreciate anything. Because if my mind isn’t distracted, then it wants to get me to kill myself. It tells me that nothing matters, and if nothing matters, then what’s the point of living? But maybe it’s different for people who aren’t living with depression.

If you find it hard to sit in silence and do nothing, go down to the beach and sit on the water’s edge and just watch the waves rolling, or lie on the grass under the trees and watch the movement of the leaves or the clouds.

Much like being told to go on holiday or for a walk to beat depression, which just results in you being on holiday depressed or going for a walk whilst still being depressed. The same is true for being silent. It doesn’t matter if I’m sitting in silence, watching the waves rolling in at the beach or laying down looking at the clouds. Silence is silence and my mind can’t handle it.

Distraction is the only thing keeping me alive, and my mind is aware of this, which is why it now fills it’s thought with random noise or songs if there’s not enough distracting my thoughts.

Silence taught me the importance of shaping my thinking. Take time each day to notice your thoughts and let go of thoughts that don’t serve you. 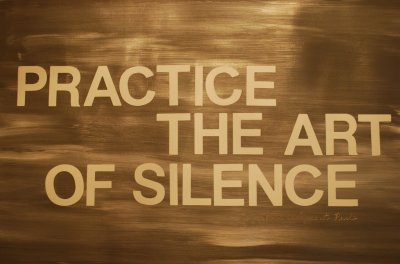 I learnt this without the need to sit in silence. This is how I massively improved my quality of life in regard to managing my anxiety disorders (The Weird Behaviour Of My Anxiety Disorders), which helped me to avoid daily psychotic episodes. I didn’t need to sit in silence to be able to do that, but maybe it’s easier for some if they do.

Furthermore, as someone with persistent depression, some thoughts just won’t go away no matter how much you ignore them or try to let go of them. I imagine a lot of people with depression would also find this as well.

I am completely the other way around. My issue with silence is so bad that I can’t even sleep in silence. I use to have insomnia so badly that I’d be lucky to sleep an hour a day. I even had hallucinations as a result of my lack of sleep.

This was because every time I tried to sleep there was nothing distracting my mind, and thus I’d relive my childhood traumas (Suicidal Child), or I’d be flooded with suicidal existential thoughts. I eventually learnt to remove the power of my childhood trauma (Insomnia: How Trauma Can Ruin A Good Nights Sleep), which helped me sleep, but I still had suicidal thoughts.

Thus, I started sleeping with my TV on but set it to a timer so it’d turn off after an hour, since doing that I sleep much better than I ever have.

Everyone is different; some people might benefit from sitting in silence; while others might not. I’m very much in the latter group, but you could quite easily be in the former. Find out what works best for you as an individual by trying out being comfortable in silence, through meditation or simply just literally sitting in silence, or maybe try my method and embrace sound as a distraction. You can get the benefits of sitting in silence as you can listening to music, at least you can if you’re like me.

As always, leave your feedback in the comments section below. Also, feel free to share your experiences with silence in the comments section below as well. If you want to stay up-to-date with my blog, then sign up for my newsletter below. Alternatively, get push notifications of new articles by clicking the red bell icon in the bottom right corner.

17 thoughts on “Sitting In Silence: Will It Transform Your Life?”