What Are The Types Of Dyslexia? 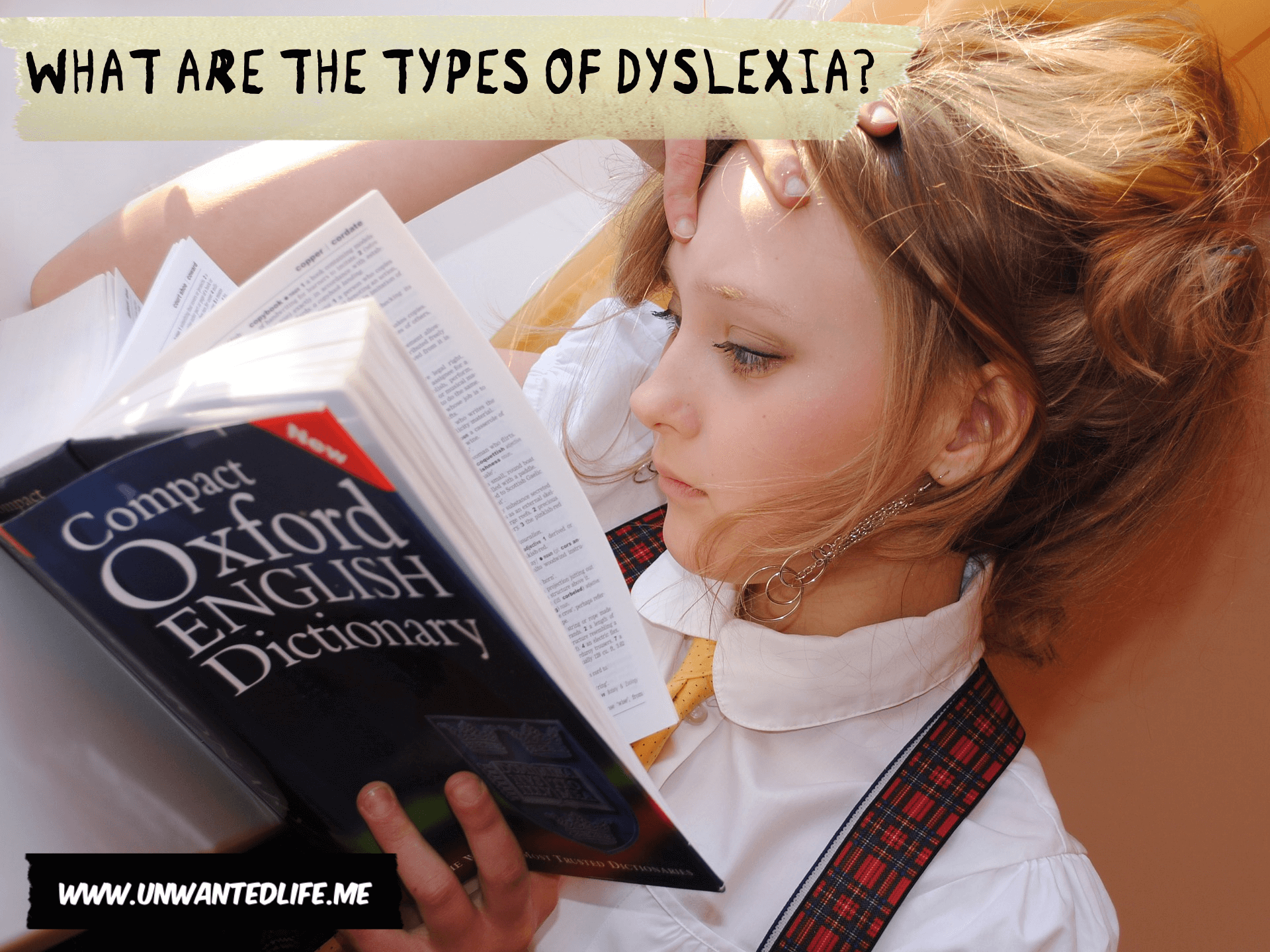 If any of the different types of dyslexia rings a bell with you and your learning, reading, writing, and spelling struggles, you should get yourself tested if you can. It made a huge difference to me when I found out I was dyslexic: How Being Diagnosed With Dyslexia Changed My Life.

Dyslexia is a common learning difficulty that can cause problems with reading, writing and spelling, as well as other abilities that aid in learning. However, unlike learning disabilities, intelligence isn’t affected (NHS), but It can hold you back if you don’t learn to adapt.

Everyone with dyslexia will have their own unique learning issues, with no two people having it expressed in the exact same way. Dyslexia can also range from being mild to severe, and can be caused by several different specific weaknesses or combination of weaknesses (Home Schooling With Dyslexia), hence the need to ask, “what are the types of dyslexia?”

Because no two sufferers will present with the exact same dyslexic needs, it can be difficult for educators to identify the best teaching solutions (Touch-type Read & Spell). However, if the right strategies can be found and utilised, then people with dyslexia can thrive.

According to the Dyslexia Center of Utah, 15-20% of the student population has a language-based learning disability, of which dyslexia is the most common, but there are others.

It’s estimated that 1 in 10 people in the UK suffers from some form of dyslexia (NHS), and Dyslexia International states that over 700 million adults and children globally, suffering from some type of dyslexia.

Unfortunately, dyslexia can run in families. Parents with dyslexia are likely to have children with dyslexia, therefore the sooner they can identify if their children have it, the sooner they can learn to adapt to being dyslexic (The International Dyslexia Association). That’s because dyslexia makes reading fluently difficult, affecting academic success, as well as self-esteem and social-emotional development (Dyslexia International).

I wasn’t diagnosed as being dyslexic until I started my MSc in my mid-thirties, but knowing sooner would have made the world of difference (My Life Before My Dyslexia Diagnosis). So the sooner you can get your child tested, the better.

Here are a few examples of general dyslexia symptoms:

Symptoms in preschoolers. Speech problems, like not being able to pronounce long words properly and “jumbling” up phrases.

My personal favourite that makes my life with dyslexia a pain in the rear:

Dyslexic people find it difficult to recognise the different sounds that form words and relate these to letters (NHS).

I’m so bad with this that most spellchecks and even Grammarly can’t always figure out what word I’m trying to spell. If it wasn’t for Google, I wouldn’t be able to figure out the correct spelling for a lot of words. Although this can sometimes take a while as often I’m so completely wrong with how to spell a word that I have to figure it out by Googling other words that mean something similar, then looking through there related words. Having dyslexia is so much fun.

A person may reverse or transpose letters, have issues with finding words on a page, and be prone to skip over them (Touch-type Read & Spell).

This is the form of dyslexia that is most talked about in the media and portrayed in TV shows and films, in my experience. Because I never had an issue like this it was one of the reasons I doubted I was dyslexic, until I talked to the student support team at my university and I finally got tested.

This is when you have a hard time reading words that don’t follow the general rules of pronunciation. Unfortunately, the English language has a truckload of words that aren’t pronounced the way they’re spelt. Therefore, sufferers of this form of dyslexia will take longer to be able to recognise common words by sight and know they don’t follow the usual pronunciation rules (NumberDyslexia.com).

This form of dyslexia causes you to have difficulty processing sounds of letters or groups of letters, and multiple sounds may be fused as a singular sound. For the most part, this form of dyslexia is a lot like phonological dyslexia. However, I stumbled across additional information associated with this version that I hadn’t seen with phonological dyslexia, so I thought I’d keep these two as separate types of dyslexia.

The following is a list of some of those differences (The Reading Well):

This is when people have trouble recognising whole words, which causes slow reading (Touch-type Read & Spell).

This is where you have trouble breaking down the sounds of words and matching those sounds with written symbols. In short, you’ll find it hard to sound out or “decode” words. This form of dyslexia is believed to be the most common form of dyslexia (Understood).

I struggle with this one the most. Because I can’t break down how words are meant to sound, it’s extremely difficult to figure out how words are meant to be spelt, even common words I use all the time. Another way this can express itself, for me at least, is by mixing up similar-sounding words (Nessy), something I sometimes do mid-word.

It’s not uncommon to have more than one kind of dyslexia (Everyday Health). The most likely types of dyslexia to co-occur are phonological and visual dyslexia (rapid naming). However, double deficit dyslexia is the least common form, but also the hardest to compensate for (Homeschooling With Dyslexia). When I finally got tested for dyslexia, I was diagnosed with more than one dyslexia deficit.

Dysgraphia is its own separate learning difficulty that affects a persons ability to write. Writing that hasn’t been traced/copied, or what you could call freehanded writing, is most strongly affected by dyslexic dysgraphia. This results in writing that is often illegible, which can get worse the longer they write. Spelling, either oral or written, is also extremely poor. However, drawing and copying aren’t affected (ADDitude).

My handwriting is terrible, and it gets worse the longer I write. My handwriting hasn’t changed since I was about 7 years old, it’s so bad that I can barely read it and I had to resort to writing in capitals all the time. But even then I can’t always read my handwriting. Since stumbling on to this form of dyslexia, I’ve been wondering if I had it, but so far I’ve not found a way to be tested for it.

As the subheading would suggest, this type of dyslexia isn’t something you’re born with, but rather something that’s developed as a result of some sort of brain trauma/injury to the area of the brain responsible for reading and writing (Medicine Net).

That’s it, I hope you found the types of dyslexia informative. If you’re interested in reading more about my dyslexia story, that you can do so by checking out: My Life Before My Dyslexia Diagnosis and How Being Diagnosed With Dyslexia Changed My Life.

As always, leave your feedback in the comments section below. Also, feel free to share your experiences dyslexia, learning difficulties, and learning disabilities in the comments section below as well. If you want to stay up-to-date with my blog, then sign up to my newsletter below. Alternatively, get push notifications of new posts by clicking the red bell icon in the bottom left corner. 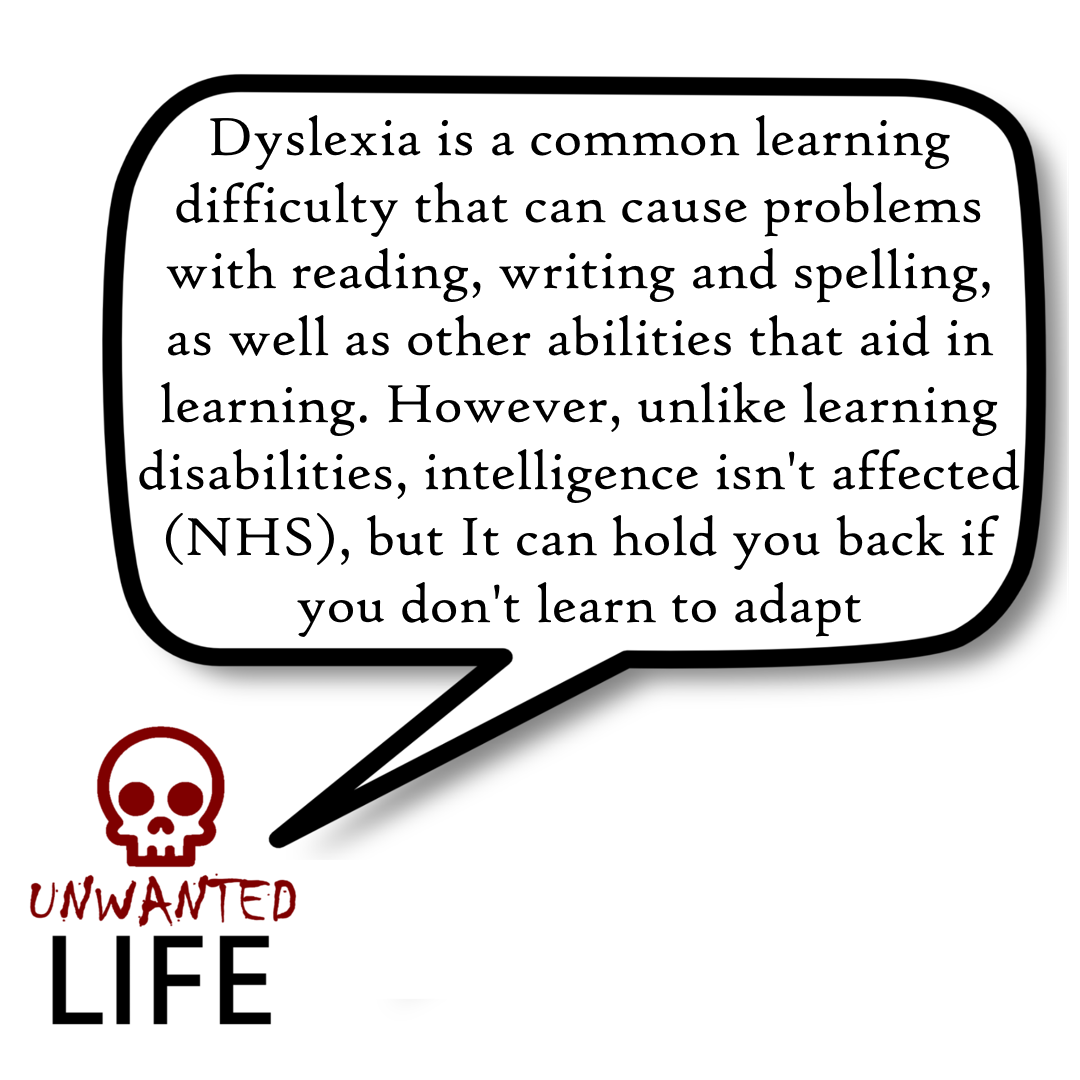 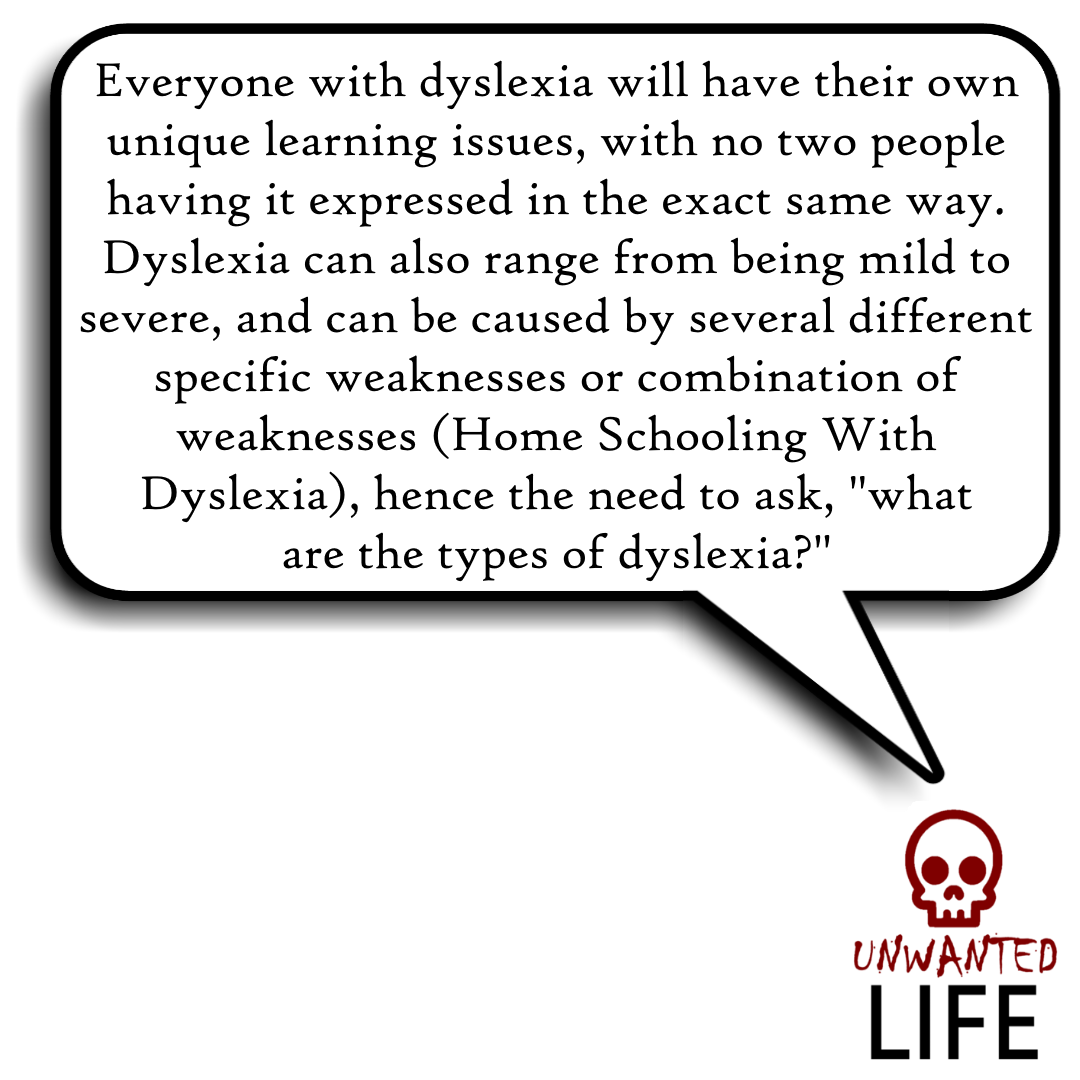 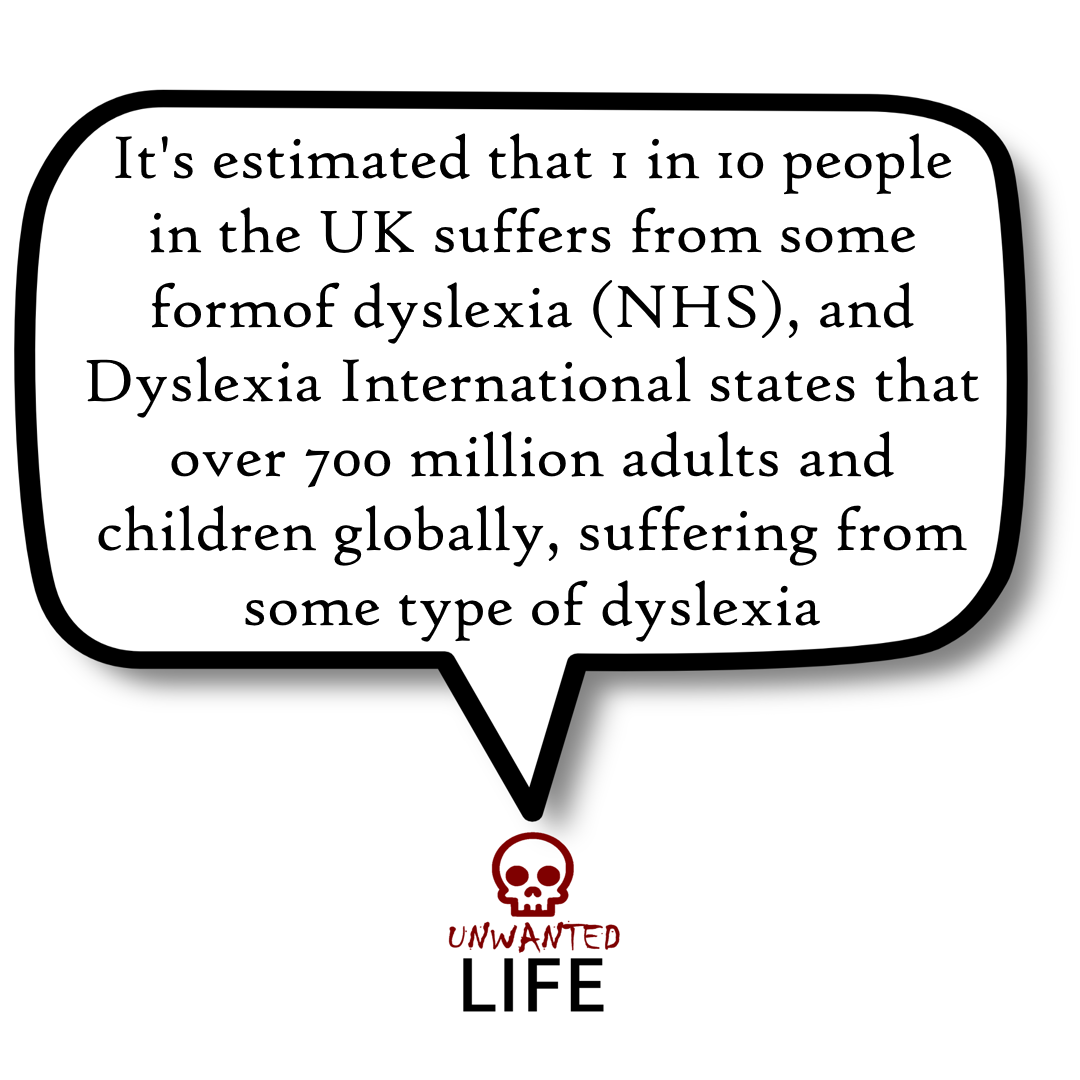 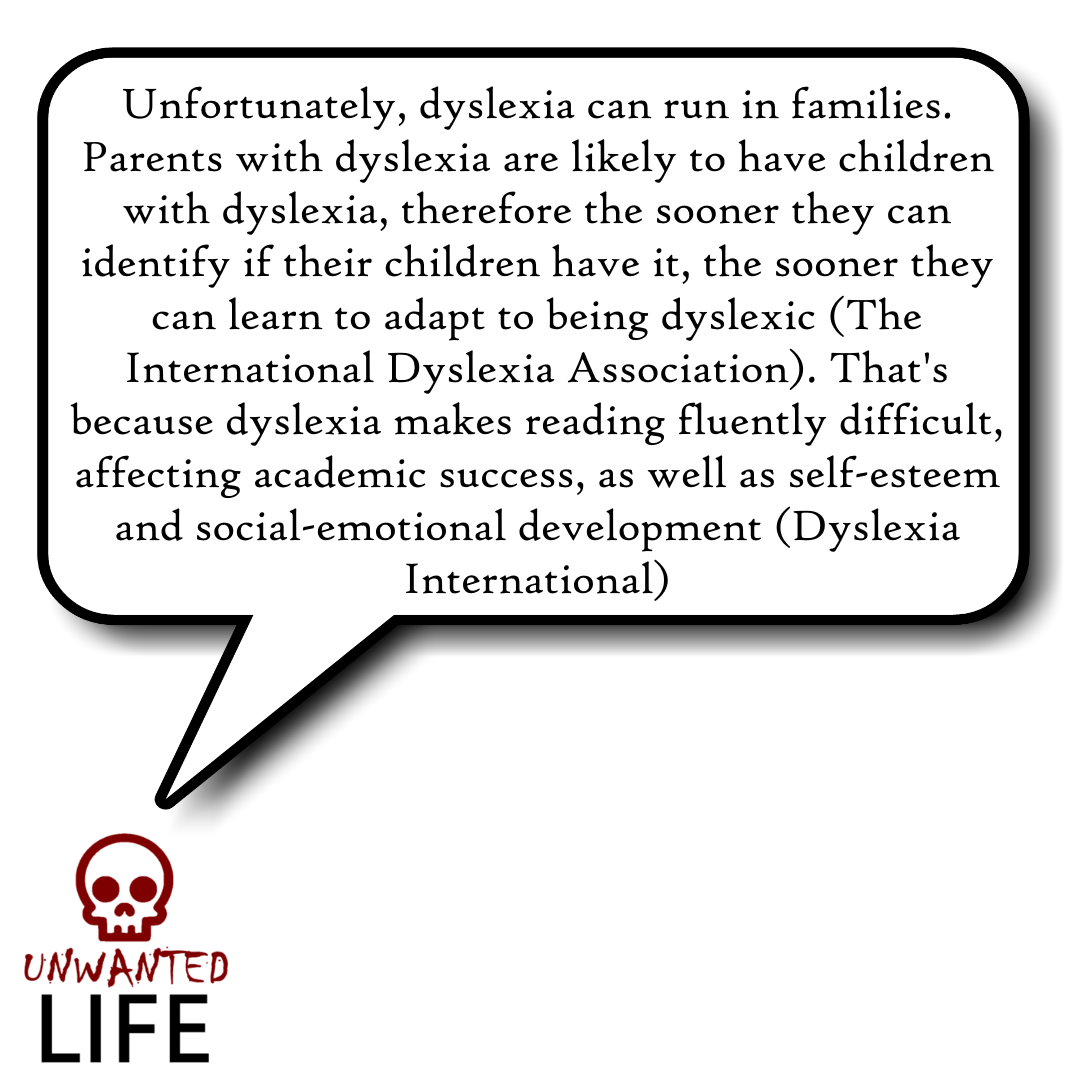 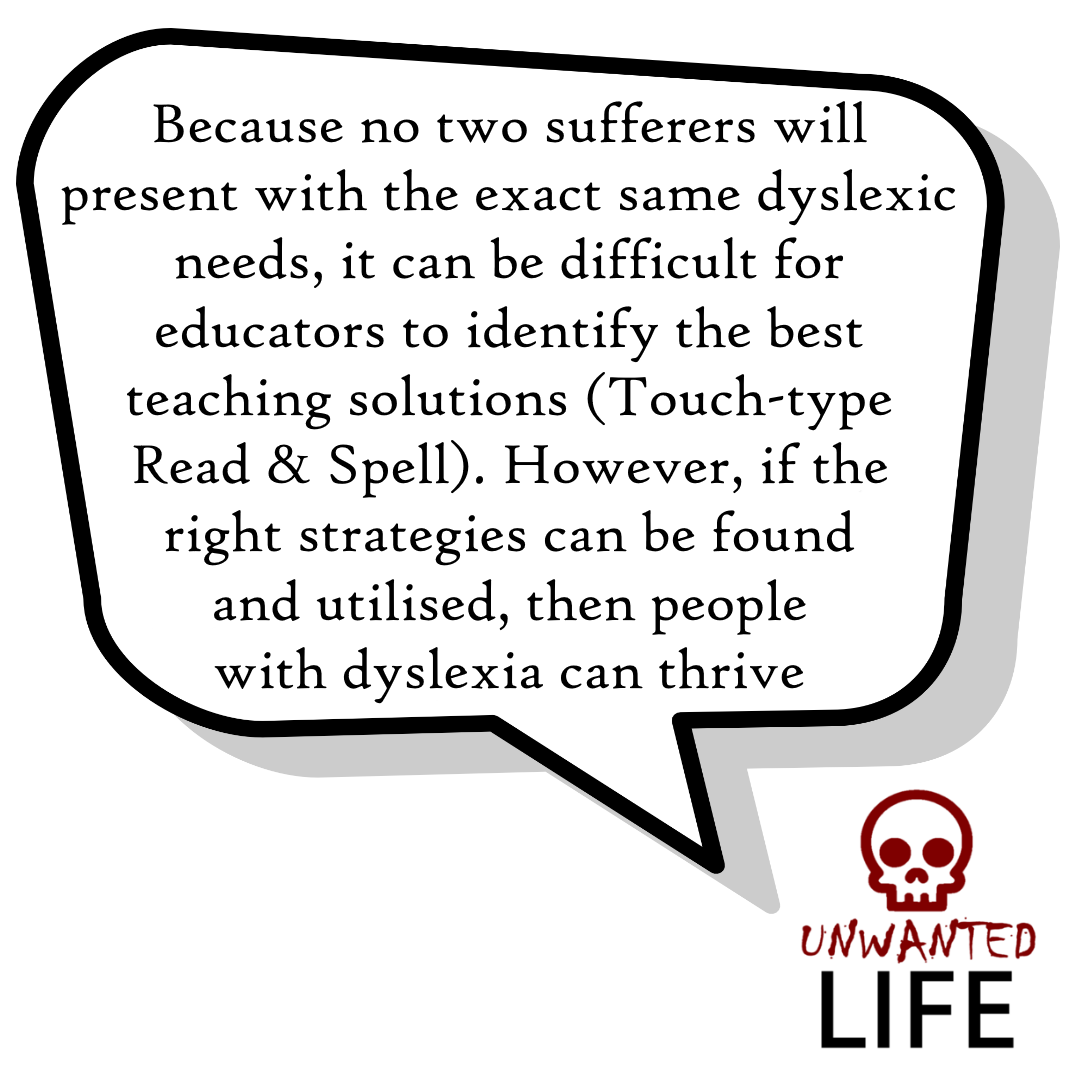 85 thoughts on “What Are The Types Of Dyslexia?”