Mother’s Day is a day most people will be paying tribute to the mother that raised them, but for other people like me, this isn’t the case. Much like my mum’s birthday at the start of the month, I won’t be doing anything to celebrate Mother’s Day, she won’t even get a card or a phone call. That may sound harsh, but wait until you’ve read my post before you pass judgement.

For those who don’t know, Mother’s Day falls on a different date in the UK than in the US, and if you’d like to know why, you can click here.

My mum has never, ever, wanted to understand me, to know about anything that happened to me. She chooses to live in ignorance because my life isn’t about her, and she’s the only one that matters. The times I’ve talked about my past with her, she’s shown no interest whatsoever.

She never asks questions, such as how I managed to cope. She never asks how I’m coping with it all in the present, and she doesn’t care that my childhood caused chronic mental health problems. Instead she’ll just dismiss it, tell me to get over it, or on one occasion, only care about revolving her guilt about the part she played in it.

About a year ago, I was on the phone with my mum and I ended up dropping some truth about my childhood on her (Awkward Phone Call With My Mum About My Childhood), but the only thing she cared about was relieving her guilt over what happened, nothing more, nothing less. No words of comfort, no attempt to apologise, she just wanted me to forgive her.

Nothing else about what I said mattered to her, even though my experiences made me suicidal as a child in primary school. But none of that mattered, she didn’t even ask if things got better, or worse, she just wanted to be forgiven so she could stop feeling guilty, because it’s only about her. My mother wouldn’t know empathy if god existed to show her it.

Over the decades, my mum could have made an effort to know me, to know my past and my problems, but she never has. She doesn’t want to try and make up for not being there for me during my childhood, by trying to understand me and what I went through back then. Because she doesn’t want to feel guilty about her part in it.

She didn’t care then, and she doesn’t care now. The only thing that mattered to her was her religion and herself, because she sees herself as being special, oh so special, that she is a prophet for god. All this belief has done, however, is push people away, and caused her to have to change churches a lot as each one grows sick of her behaviour.

Emotional neglect (What Is Domestic Abuse?) in the face of constant racism from my peers and abuse from some of my teachers was bad enough, but there were also times that she hit me. There was one time where my mum knocked me to the ground and then proceeded to kick me in the ribs (What Is Domestic Abuse?). This kind of abuse wasn’t routinely done, although I can’t remember much from before I was five years old, so who knows, but I do remember when it stopped.

I grew tall pretty quickly, as a result, my mum would soon realised that she couldn’t lay a hand on me again. The last time it crossed her mind we were standing in the hallway and she came up to hit me with rage in her eyes, but I came up to her too: I wasn’t going to back down. As we came nose to nose, she realised I was now bigger and stronger than her, and she never made a move to hit me again.

As my health deteriorated and I was passed from specialist to specialist to find out what was going wrong with my body, my mum didn’t care that my quality of life had gone down the toilet. Why would she? When she never cared when my mental health went down the drain.

Even though I was having mini blackouts, I was constantly dizzy and off balance, had chest pains that felt like someone was kicking the inside of my ribs, and even really moderate exercise would cause me to lose total muscle control (which included bladder and bowel control), my mum still didn’t care. She’d just tell me to “get over it”.

To make matters worse, when I told her I was having colonoscopy (Gastroscopy, Colonoscopy, And The Preparations) to check for bowel cancer last summer, my mum dismissed it, as she always does when it comes to me. That was the last straw. Up until that point I had been spending a lot of time trying to help her since being diagnosed with cancer, even though I hate having to talk to her and deal with her, because she’s really bad for my mental health. But I did it because she was still my mum, and she needed help.

What makes this worse is that my nana (my mum’s mum) died of cancer, my uncle had cancer twice, and my mum herself had cancer a few years ago (After The Dust Has Settled: My Weekend With My Mum): You’d think she’d be a little more concerned or empathetic about such a situation. But no. Zero. Empathy.

This wasn’t the first time I’d grown sick of my mum’s total lack of empathy, and gone through long spells of not talking to her. But given that this time it happened when I was going to be tested for bowel cancer, and the fact that my mum’s got, at best, 10 years before her cancer returns, you’d think she’d change her tune and show a little compassion. But no.

I guess it’s lucky that my past has shaped the way I view death (Terror Management Theory) and that I don’t grieve, because I have no problem never talking to her again. So I don’t fear the need to make up before one of us dies.

My Nana And Mother’s Day

Understandably, I believe at least, I won’t be doing anything for Mother’s Day. If my nana was alive today, I would have certainly done something for her for Mother’s Day. She was awesome. When we used to go on holidays together to the good old British seaside, back when it was still good, I spent a lot of time with my nana. Everyone else in my family, besides me, is white, so when the summer came and the sun was out, they just wanted to go to the beach and get tans. Not something I needed.

My nana on the other hand liked to play the coin pusher machines. So I would go to the arcades with her, play some of the coin pushers with her sometimes, but mainly I just played video games.

It’s a shame my nana died when she was 65, I was barely a teen when it happened, but because I’d been suicidal since I was 8 years old, her death didn’t affect me as I thought it would. I was quite disturbed by my lack of grief and mourning. I couldn’t understand why it didn’t affect me. I eventually realised that my constant battle with suicidal thoughts and feelings had completely changed how I saw death. I’d also come to realise that my mental health problems shaped a lot of things, like love (Love And Borderline Personality Disorder and What Is Romantic Love?).

Do you celebrate other mothering figures on Mother’s Day?

Although my mum probably did the best she could when I was a child, it was nowhere near what I needed given the experiences I would be subjected to (Suicidal Child #ChildrensMentalHealthWeek). If I’d have been white just like everyone else, which I wished for everyday in primary school, then the best my mum could manage would most likely have been enough. But I wasn’t white. It wasn’t enough.

I hope the rest of you have fun on Mother’s Day, with mums that deserve to be praised on this day. As I know there are a lot of good mums out there 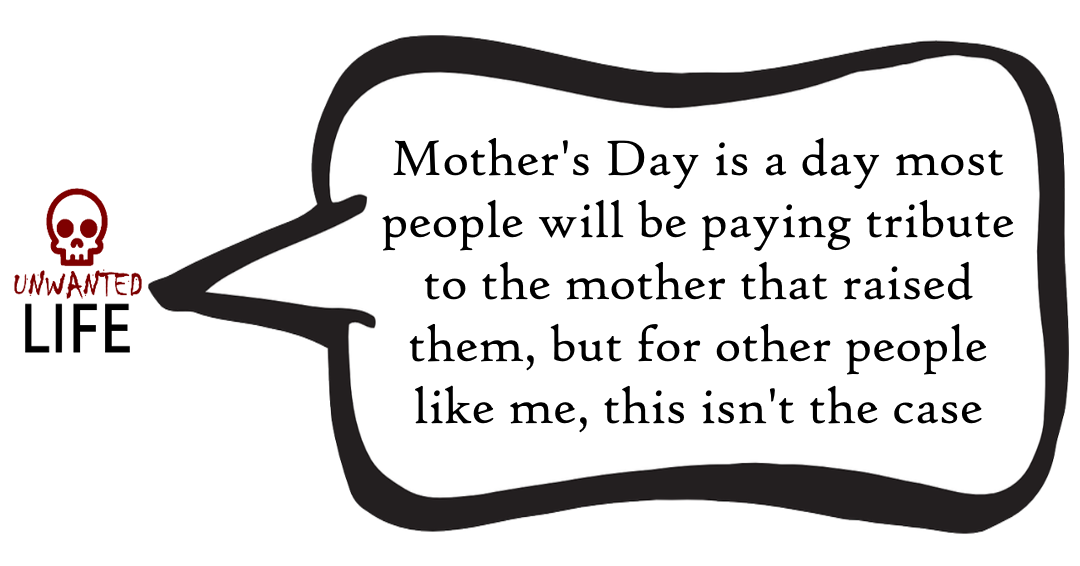 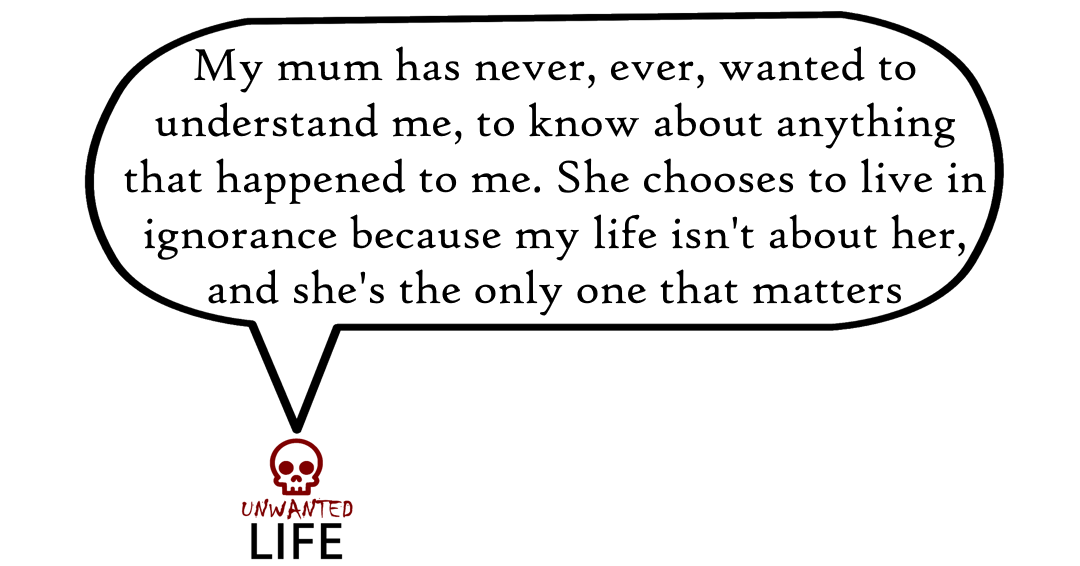 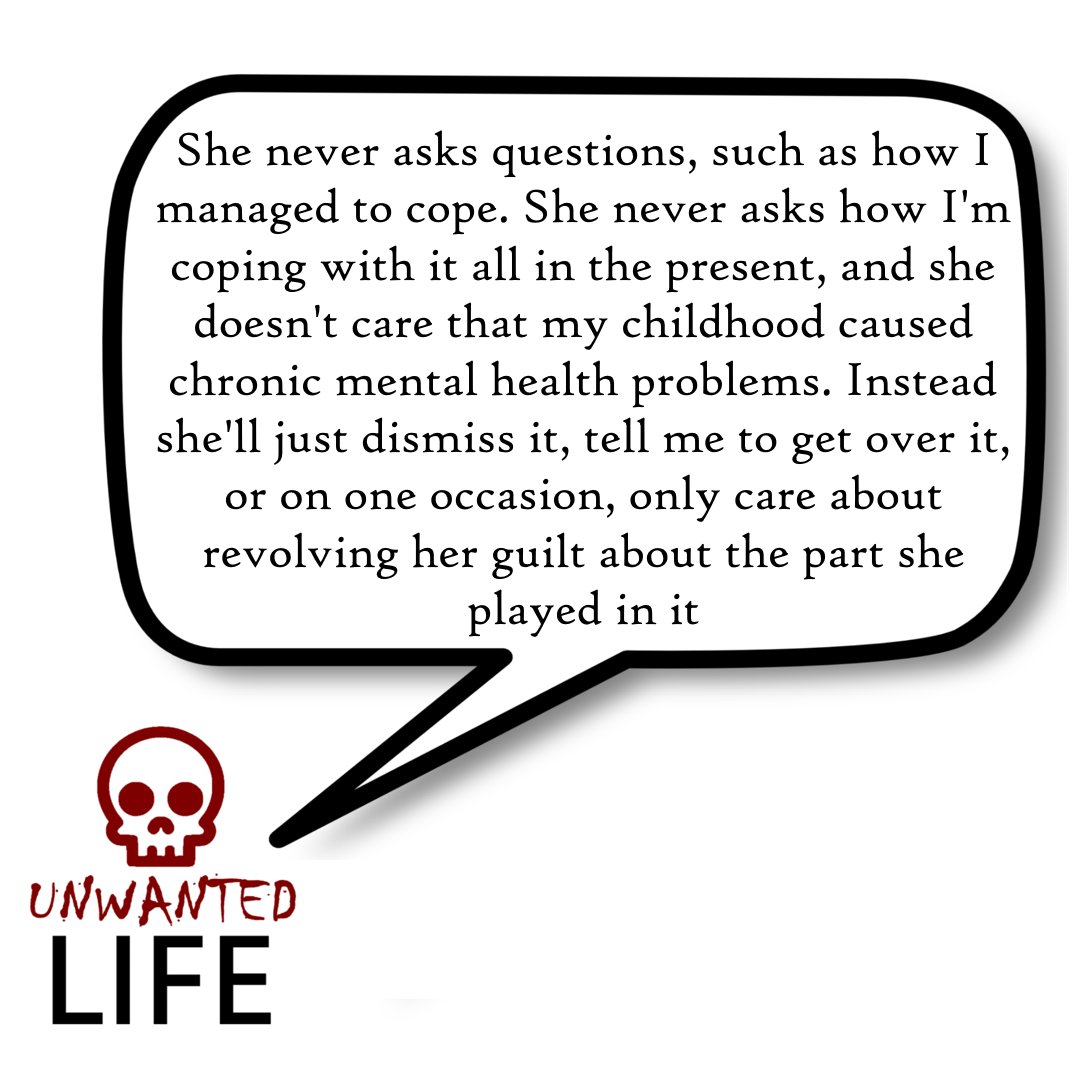 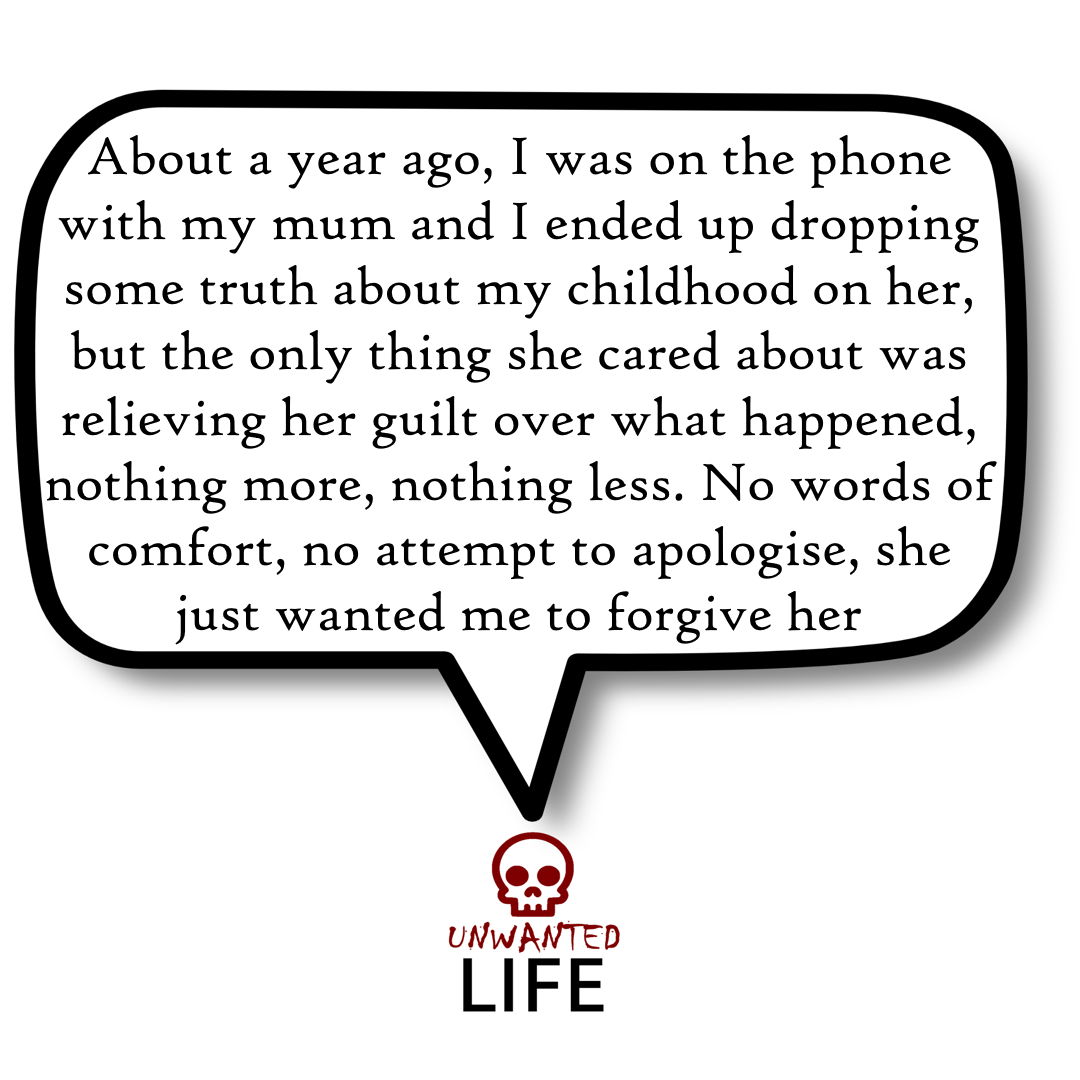 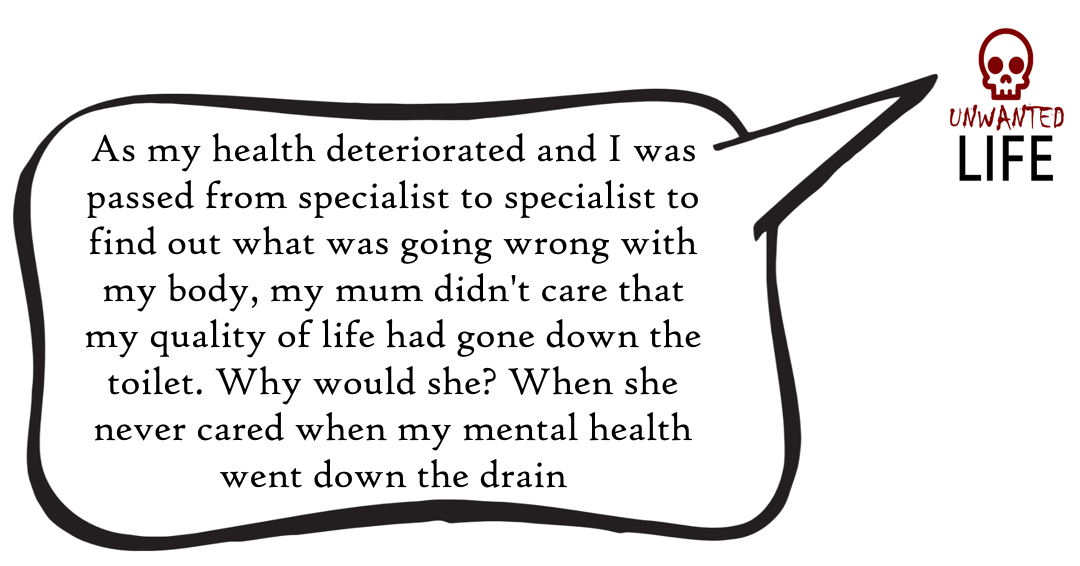