The specialist I saw at my cardiopulmonary exercise testing (CPET; Keto: A New Approach To Reactive Hypoglycaemia) recommended establishing a sleep routine, which I only lost due to falling ill with a throat and chest infection that ended up lasting 3 months (Coronavirus, Self-Isolation, And The Selfishness Of Others). Now the specialist from the department of psychology medicine was saying the same, but this time wrote me a prescription for a medication to help me sleep. That medication was melatonin.

I got a referral to attend the Department of Psychological Medicine and Integrated Care, and the doctor who prescribed the melatonin medication worked in this department.

The department itself was created to give a holistic approach to treatment, by combining mental and physical healthcare. Which is certainly a good concept for a department.

Before I was put on the beta-blockers at a dose that worked for me, my heart condition and my anxiety used to cause a negative feedback loop for each other. My anxiety would worsen palpitations and chest pains, and vice versa. And I now know that my hypos can also trigger my anxiety due to feelings of muscle weakness and risks of passing out.

The natural hormone, melatonin, is produced by the pineal gland, which is located in your brain (NHS). This hormone helps regulate your sleep/wake cycle (Wikipedia).

However, I didn’t get any of these side effects, I got something far more worrying.

I took the first tablet as instructed and it caused my eyes to feel heavy and I felt really tired for the first 30 minutes. However, that wasn’t all that happened.

I started getting chest pains within 30 minutes of taking my first melatonin tablet. This lasted almost 3 hours. The same happened for the next 3 nights when I took it, so I decided to stop taking it. However, 5 days later I still had chest pains, and for about 8 hours on the fourth day, I had palpitations as well. Not good.

I was unable to sleep as these chest pains stayed with me for a solid 6 hours. I also became concerned about what would happen if I went to sleep with these incredibly debilitating chest pains. I talked to my partner about it and convinced me to try the medication the following night, but this time I didn’t even get the heavy eyes and tiredness, I just got the chest pains.

It took 7 days before the chest pains stopped being constant, but I was still getting them occasionally for a full month later. That’s a long recovery time from this medication before everything returned to normal, my normal at least.

These symptoms were either an unreported side effect of taking the melatonin, an issue specific to my heart condition and that medication that was unknown, or a negative interaction between the melatonin medication and the beta-blockers I take for my heart problem.

The prescribing doctor of the melatonin medication had told me that beta-blockers can affect natural melatonin levels, which could be why I’m struggling to sleep.

This does appear to be true. According to a study by Stoschitzky, et al. (1999), who performed a small double-blinded, randomized, placebo-controlled, cross-over study with 15 participants, beta-blockers reduce melatonin release via specific inhibition of adrenergic beta1-receptors.

So if beta-blockers really do reduce the body’s melatonin production, then is it possible that raising it again with melatonin medication could cause the beta-blocker to stop working as it should do? This is my hypothesis.

However, before I formed this hypothesis, I did first consider if it was possible that these chest pains and palpitations were somehow psychosomatic.

This isn’t the first time I’ve had to consider if some of my issues were psychosomatic. However, each time I’ve considered this, it’s always turned out not to be the case, and this time was no different.

My anxiety disorders have never caused palpitations or chest pains before because whenever my anxiety raises high enough for my body to produce adrenaline, I would have a psychotic episode instead. Furthermore, by the time I developed my autonomic disorder that causes my heart palpitations, I’d already worked on myself to massively reduce my psychotic episodes. Which meant my anxiety wasn’t triggering any releases of adrenaline anymore, so there could be no way my anxiety is causing my heart problems. There is more than a 3-year gap between the two. Thus, it’s very unlikely that my mental health is a casual factor in my heart problems.

I’ve also taken sleeping pills before (I’ve suffered from Insomnia before for years), more than three different types, over a number of years, and I didn’t have any side effects from them. So it seems improbable that the melatonin causing the chest pains and palpitations would be psychosomatic instead.

However, all my prescribing doctors cared about is blaming it on my anxiety, even though my anxiety doesn’t cause chest pains or palpitations, and hasn’t come close to causing either in over 3 years. Plus, since starting on my beta-blockers, I rarely have any palpitations or chest pains, and that’s been about 7 years now. So it’s clearly not my anxiety. The only new variable in my life is the melatonin medication.

I decided to report what happened as a side effect/unforeseen interaction with my beta-blockers, to help make sure this medication is used and prescribed safely. I wouldn’t want someone else to have the same reaction as me, or worse.

Should you ever find yourself having similar issues with medication or an issue with medical equipment, you can do so using the following link if you live in the UK: Yellow Card.

This will be the first medication I’ve ever made a report for, as the times my antidepressants caused me to have psychotic episodes I felt was unique to me (Anti-Depressants And Me), because everything that affected my homeostatic system triggered it, from over-the-counter painkillers to Redbull.

Before I could fill in the form, I realised there wasn’t a headline that directly applied to what I was trying to report: An interaction between two medications. So I emailed them for clarity. They replied, stating that ‘Side Effects’ was the correct option to select, as the suspected medications will be assessed with consideration of their effects both in isolation and in combination.

As always, leave your feedback in the comments section below. Also, feel free to share your experiences with medication side effects and strange interactions in the comments section below as well. If you want to stay up-to-date with my blog, then sign up to my newsletter below. Alternatively, get push notifications of new posts by clicking the red bell icon in the bottom left corner. 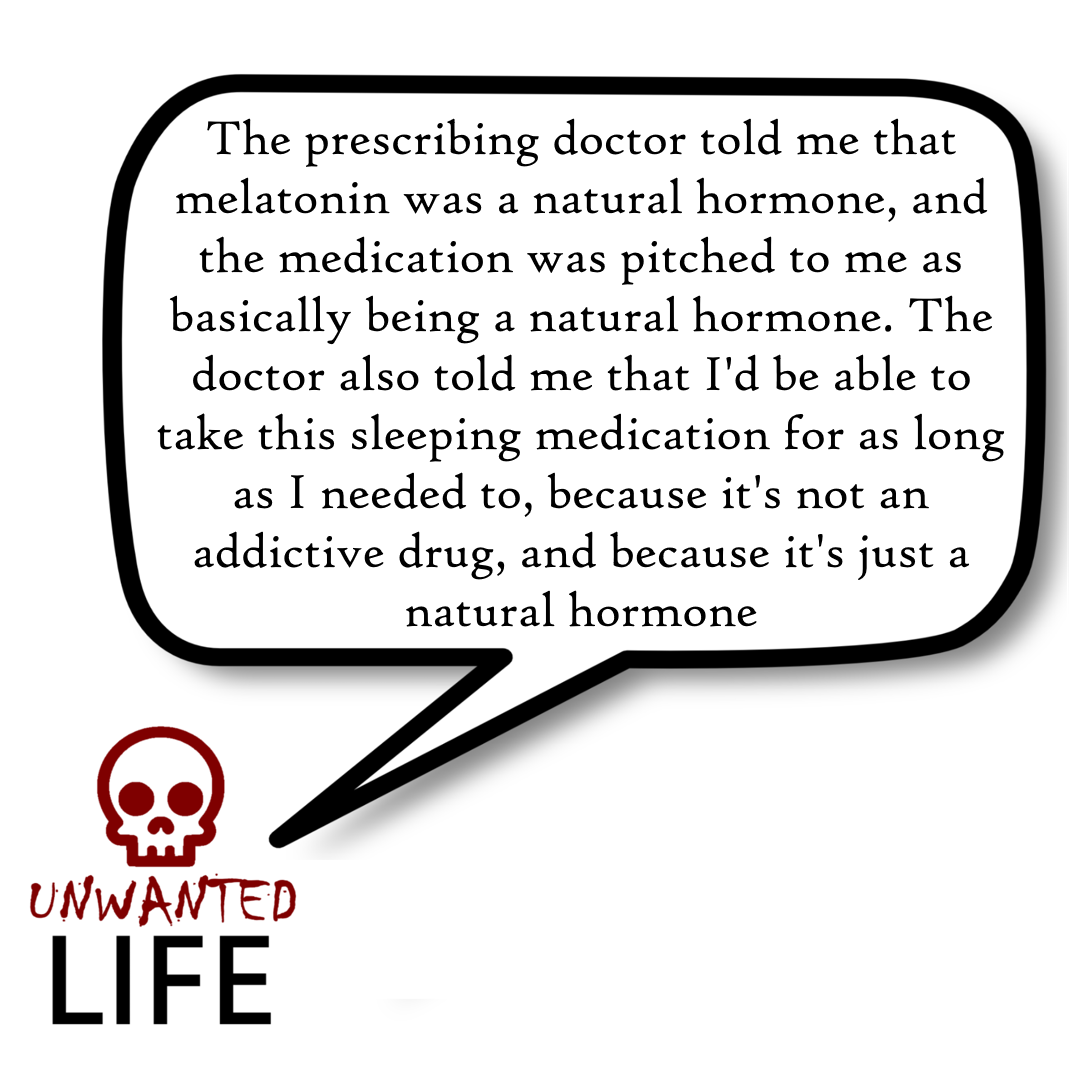 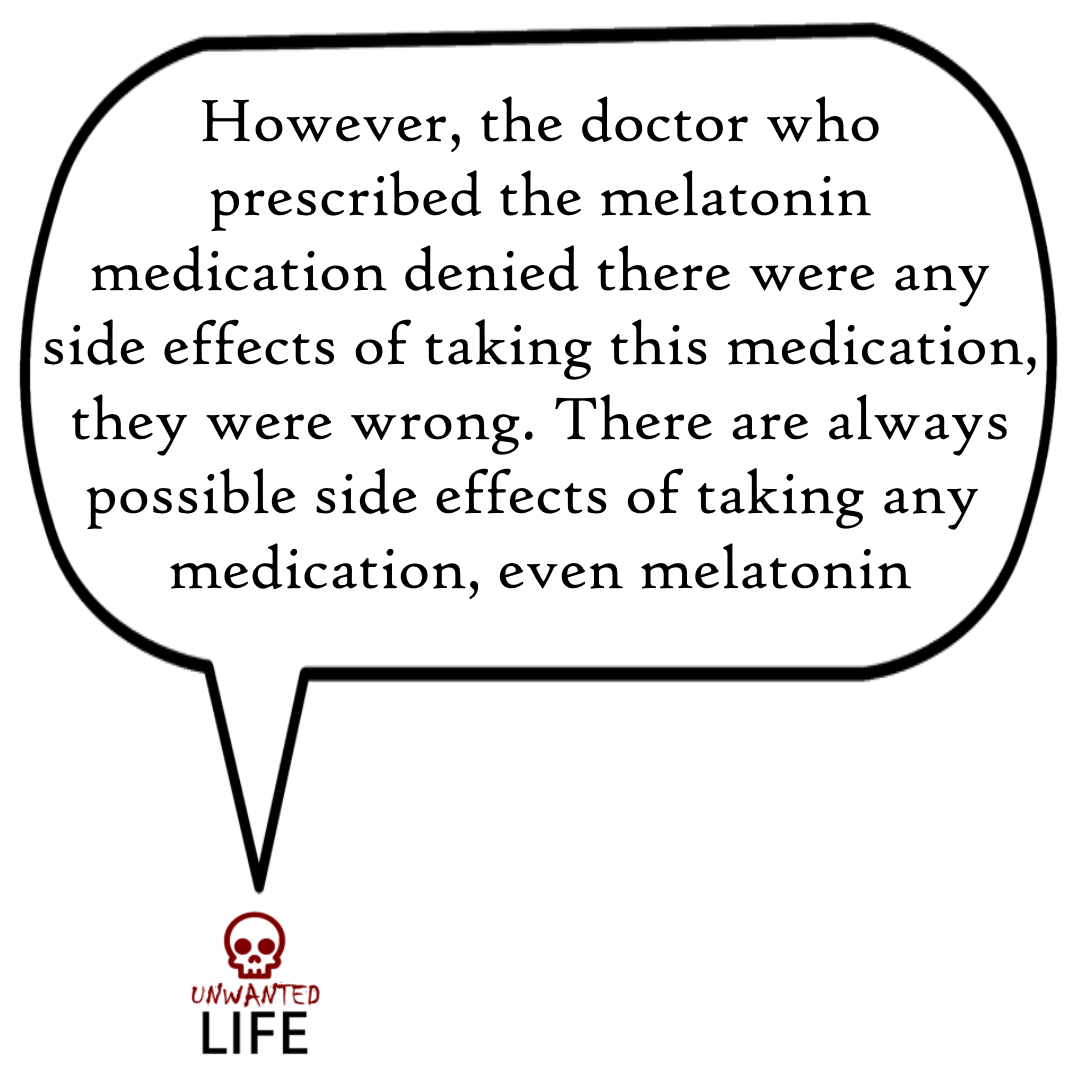 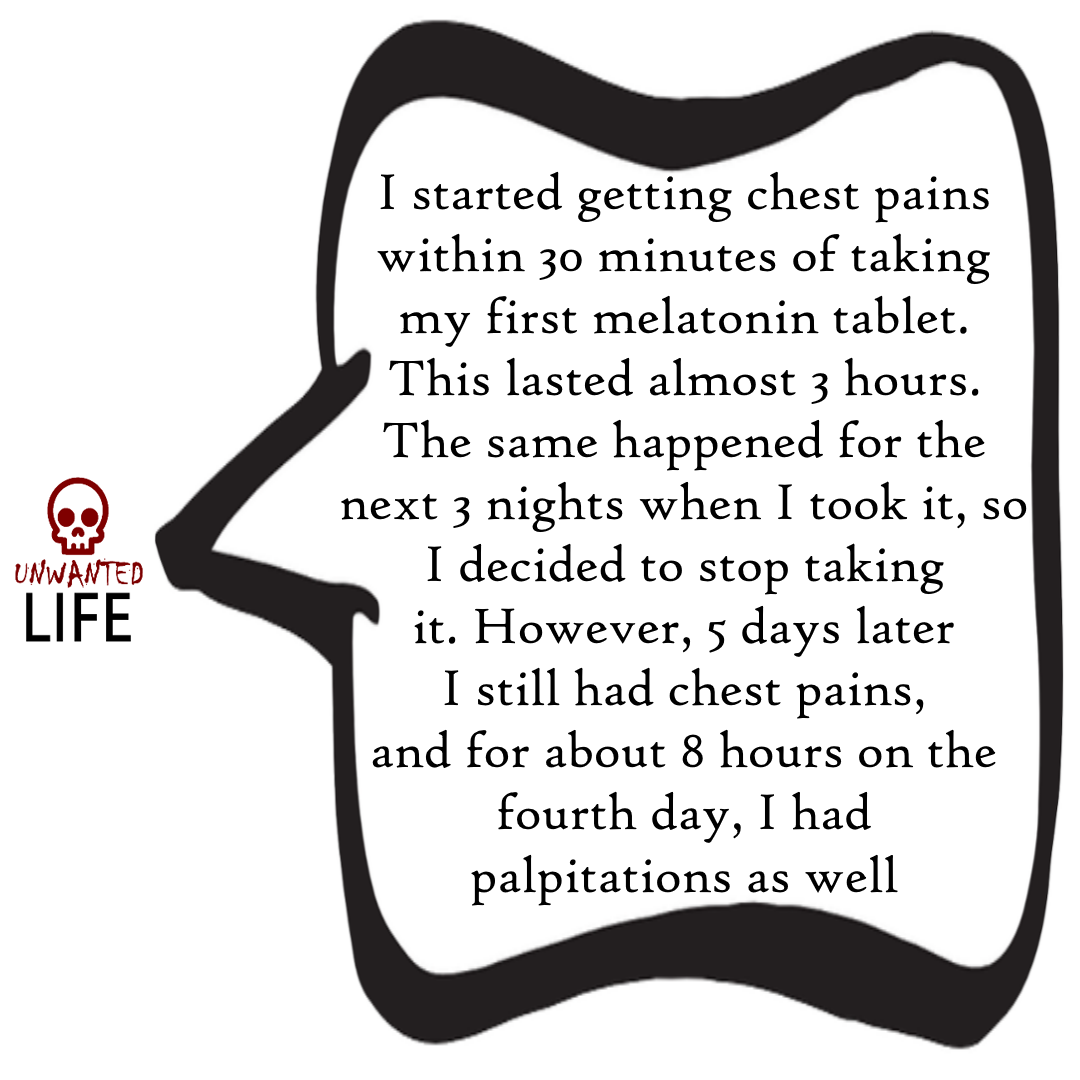 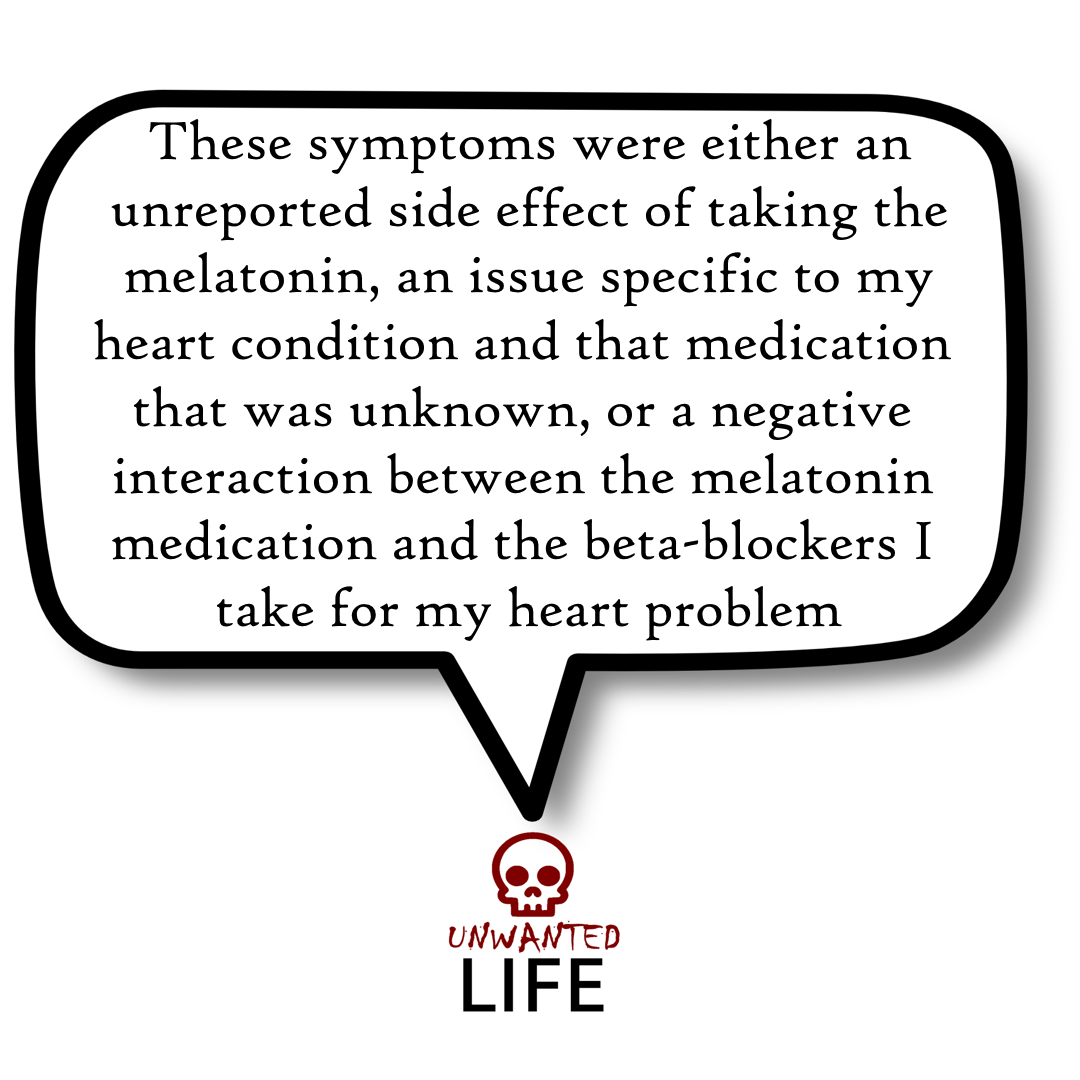 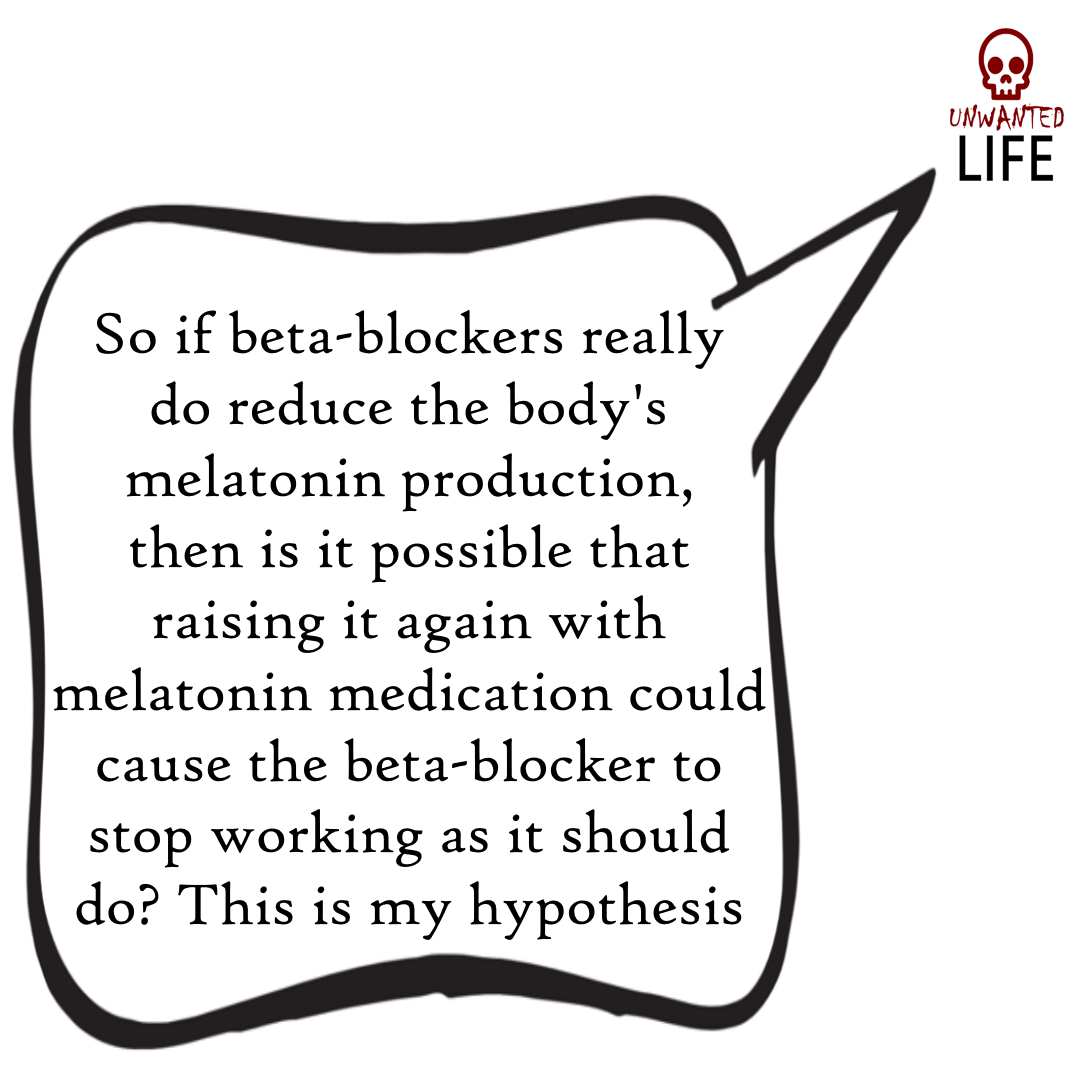